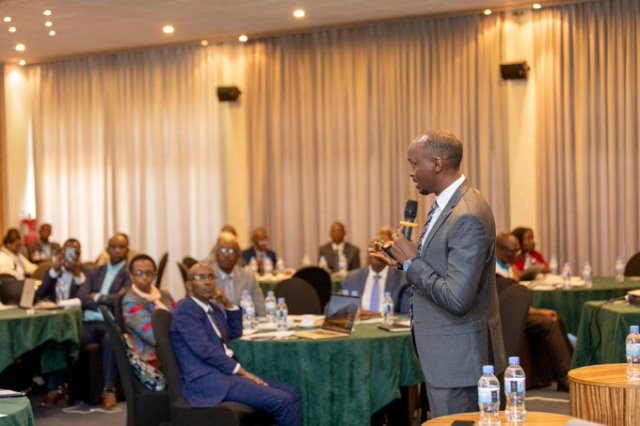 Rwanda health researchers will, this year, conduct a research on the effects of using phones for longer hours after several cases of severe neck complications were reported.

Although weak and inconclusive, most of the evidences available suggest that there are adverse effects on health attributable to long-term exposure to radio-frequency and microwave radiation from mobile phones.

“Imagine the impact. If science believes that our heads on average weigh 7 kilograms and you spend more than five hours bending into your smart phone,” says Dr Sabin Nsanzimana, the Director General of Rwanda Biomedical Centre(RBC).

“It certainly damages your sight. We have this newly emerging disease called text-neck, which is a neck pain or complication that we didn’t know of in the past until recently.”

Nsanzimana made the remarks this weekend at the Rwanda Academy of Sciences Inaugural symposium on research in Kigali which was aimed at creating a consolidated platform for researchers.

The proposed research on the text-neck disease comes at a time when numbers of Rwandans owning phones and especially smart portable devices is increasing as the country positions itself as a Tech Hub.

In Rwanda, there are about 8million phones sold to a 12million market, since the first mobile phone entered the Rwandan market in 1998.

Dr. Pacifique Ndishimye, a clinical doctor from RBCsaid that the research is triggered by the knowledge gaps when it comes to effects of phones on one’s health. 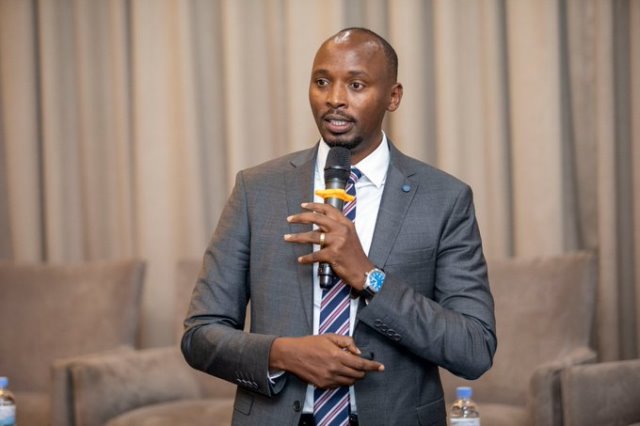 For example, he says phones emit radio frequency or microwave radiation and this require thorough research to establish the impact very well.

Research on text-neck disease is one of the joint medical research projects that the recently formed Rwanda academy of sciences believes will be able to consolidate research works and bring researchers to work together professionally to make an impact.

According to The Vision Council, the disease of text neck has the highest occurrence in the United States of America. In the US, more than a third of adults reported spending four to six hours a day with digital media or related electronic devices.

As digital use increases, so do potential vision problems, including eye strain. Symptoms of digital eye strain include eye redness or irritation, dry eyes, blurred vision, back pain, neck pain, and headaches.

Some of the ways to prevent digital eye strain include reducing glare, cleaning the screen, dimming the surrounding lighting that is competing with the device’s screen, keeping adequate distance between eyes and the screen, and increasing text size. Device users are also advised to take breaks from looking at the screen, and follow the “20-20-20” rule: Take a 20-second break every 20 minutes using an electronic device and look at something 20 feet away.