The National Leadership retreat-umwiherero has been concluded in Gabiro- Gatsibo district in Eastern Province.

The retreat which started on February 15,2020 and covered four successive days of sessions, reflections and some sports, was conducted in the same spirit of the previous 16 retreats: discussing country challenges, looking into reasons of failures and taking actions that will help leaders to change the course.

Holistically, the retreat focused on the different strategies needed to achieve Vision 2050.

Umwiherero 2020 will be remembered on  many things; it was one of these rare instances where the Head of State-President Paul Kagame who chairs the retreat explained why some ministers resigned or were rather dropped.

From State Minister in Education Isaac Munyakazi to Minister Diane Gashumba of health and Evode Uwizeyimana from Minijust, it was indicated that the three officials lost their job due to bad attitude/behavior both in professional environment and social interaction with the community. 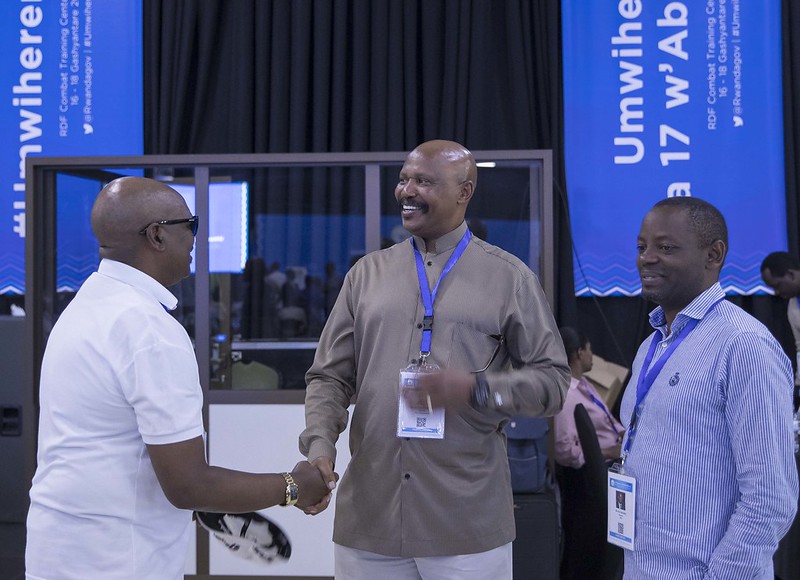 Gashumba lied to the president, Uwizeyimana crossed the line and mistreated a security officer while Munyakazi took a small bribe.

The president was surprised that senior officials can exhibit such behaviors and their colleagues see that, only to wait that the president himself discovers the problem and take a decision.

He reminded officials to always tell the truth and to never come to the national retreat and return home the same way.

Several topics were covered at Umwiherero 2020, and those include: Education and Skills: The journey to universal access with world-class quality, a topic that is timely given the present challenges of school population, teaching qualification and to some extent, logistic and infrastructure which undermine quality.

Officials who were estimated to 400 also covered the Economy of the Future: Private sector at the forefront of achieving Vision 2050.

Several economists, including the former President of African Development Bank- Donald Kaberuka were at the retreat to tell the participants what it takes for a country to develop, Rwandan opportunities and challenges.

“A country that has messed up its education can never achieve its much-needed growth,” a participant quotes Dr. Donald Kaberuka.

They also revisited strategies for winning the fight against corruption where other activists like Ingabire Marie Immaculee of Transparency International-Rwanda chapter also intervened.

Several participants shared the note they took at Umwiherero.

“In #Umwiherero2020 I learned that 1. Proper communication is needed to keep a team well performing. 2. Truth and honesty is crucial 3. Doing all the best you can to be the first because if you cannot be the first, you are lost. 4. etc. My President is so wise,” tweeted one Mugisha Erickson Kingsman.

“Before adopting new practices, assess why those already in place are not working. * The transition from aid to trade opportunities should should start NOW! #MadeInRwanda Oyeeeee * Build strategic and successful partnerships,” tweeted Fiona Kamikazi Rutagengwa.

“* Breaking Silos = One Government * Protect the “Rwanda” brand – Ijabo ryacu riduhe ijambo koko. * Zero stunted children is the only way to go! * As a landlocked country, we need to prioritize trade-related infrastructure and transport activities.”

“We should ALL be ashamed our education system is failing. * Don’t make “sorry” a habit. * Stop singing « Ibidakwiriye nimbibona nzabivuga ? “ uziko ntabyo uzavuga. * We need to eradicate the culture of impunity in order to achieve a corruption-free Rwanda.”

And her other recap include that: “When the rich gets richer and the poor gets poorer, that’s a bad deal. * Make priorities and turn them into policies. * Stop being entitled to mediocrity. * Abajeune There’s no shortcut to success (Twirinde gushaka gukira vuba mu makosa).”

“I would like to thank H.E. @PaulKagame for once again inviting the Youth at #Umwiherero2020 . It was a great opportunity to engage, and look for suitable home grown solutions to our needs, as we continue building our country. Babiri bashyize hamwe baruta umunani urasana,” writes Nortbert Musana.

Similarly, Noella Bigirimana was thankful. She said: “Deepest gratitude for inviting us! The youth received a direct challenge to be action-biased, work w/sense of urgency, integrity & uphold values. We commit to rising to the challenge H.E.”

“On the behalf of the medical fraternity of Rwanda, our RMA Board thanks H.E @PaulKagame for the invitation extended to us to participate in the discussions on health topics during the #Umwiherero2020 : tugiye kunoza imikorere myiza ijyanye na vision 2050,” wrote the representative of Rwanda Medical association.

As for the director general of Imbuto Foundation, a non profit organization that was found by the First Lady of Rwanda Jeannette Kagame, she said that she was ” Grateful to be living in #Rwanda, a nation that values dialogue and accountability, but most importantly, not taking for granted our kind of leadership, which does not shy away from addressing our most pressing challenges.”

Jean Paul Kimonyo, a researcher and author believes that the just concluded was “One of the best National Retreats. 1) Education as an existential priority; 2) The Uganda/Rwanda crisis as a systemic boost to agro-business. Rwanda rarely let a good crisis go to waste.”