1,000 Households to Be Relocated from High Risk Zones 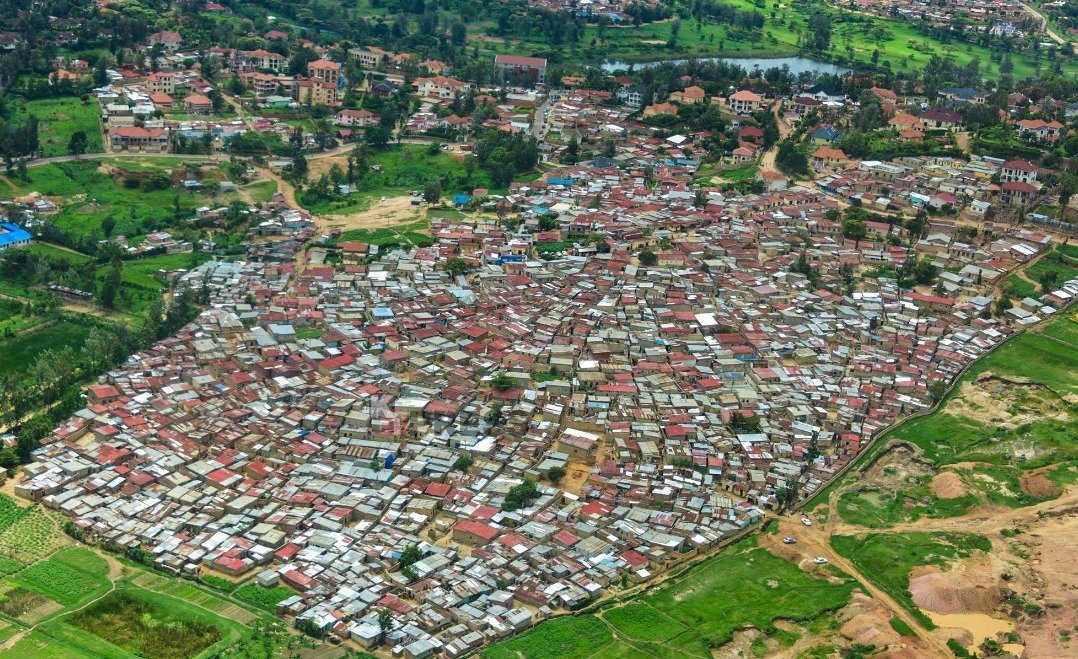 The City of Kigali is set to relocate more households designated as located in wetlands and dangerous slopes that could be prone to disaster as rains are expected to intensify between March and mid-May.

According to the Minister of Local Government Prof. Anastase Shyaka, between 1, 100 and 1, 500 households are set to be relocated from locations which have been identified as high-risk zones within the City of Kigali.

The briefing which brought together the Ministries of Local Government, Emergency Management, City of Kigali, Meteo Rwanda, Rwanda Water and Forestry Authority and Rwanda Environment Management Authority (REMA), among other institutions which are working together to address.

Prof. Shyaka said that the government intensified efforts to relocate people from high risk zones after it emerged that many households in the City and beyond were located in high risk zones and are prone to disasters as more rains approach.

“As we have been told by Meteo Rwanda, more rain is expected and as it is, the soil remains saturated from the past rains. What will happen when more rain comes this month through April and May, these areas will be more prone to landslides and floods,”

“This exercise which started in December last year will continue in order to ensure that we don’t lose more people to disasters  as we put in place the necessary infrastructure and means to relocate those affected. The most important thing now is to move them as soon as possible,” Prof. Shyaka said.

The Minister of Emergency Management Solange Kayisire said that from January, following the heavy rains, over 60 people have been killed in disaster-related incidences while over 90have been injured.

“At least 900 houses have been affected, over 200 hectares of crops destroyed and a lot of infrastructure, which has had an impact on the economy. What we are doing now is aimed at saving lives as we find other long solutions,” Minister Kayisire said.

According to the Mayor of City of Kigali, Pudence Rubingisa,  at least 5, 600 households in the 3 districts of Kigali have been moved from wetlands since the exercise began in December last year.

“Out of those there were some vulnerable households categorized under the human security scheme which we are still paying rent for as we look for a permanent solution. These will be given houses among the 392 houses we are building for vulnerable households,” Rubingisa said.

“Those who were able to pay rent for themselves found shelter elsewhere instead of renting in locations which put their lives on risk. At this point we are focusing on demolishing establishments in wetlands and reclaiming them,” the Mayor said.

He said that the wetlands are being categorized into 3 different uses including turning them into eco-parks for leisure and recreation, farming and preserving them as water catchment areas.

He said the wetlands will help to hold the water coming from uphill, which was their original purpose, adding that allowing people to settle into wetlands was a mistake.

“In the first place, we made a mistake giving these people documents to build in wetlands. We are trying to correct this. We must build a drainage system but we are looking at this for the long term, in line with Vision 2050,” Rubungisa said when asked why the City hasn’t built a reliable drainage system to carry rainwater.

“Whether we build a big drainage system, we need to agree on one thing, that wetlands are not for human settlement. Today we are seeing results. It has been proved that Carwash and One Love were blocking water,” Rubingisa said, adding that there hasn’t been flooding since the facilities were demolished.

Both Rubingisa and Minister Shyaka said that while the government is looking at compensating people who were affected and had proper documentation, at the moment the focus is relocating people still living in wetlands and other disaster prone areas.

“Disasters won’t wait. To remove people from wetlands to save their lives cannot wait for compensation. We will sit and look at the compensation but for now the focus is saving lives,” Rubingisa said.

He said the government already requires a huge budget to rehabilitate the wetlands, some of which are very toxic, given the activities that were happening there which contaminated the ecosystem of the wetlands.

On the status of people who were relocated in December and are yet to find permanent shelter, Mayor Rubingisa said the 392 houses which are being built by districts should be ready by June but only the most vulnerable will benefit.

According to the Vice Mayor in charge of Infrastructure and Urban Planning Dr Ernest Nsabimana, a mapping exercise in conjunction with Rwanda National Police was conducted to identify unstable areas prone to disasters that could be caused by heavy rains.

“We noticed that the more it rains, the more soils become saturated, taking in so much water –a disaster waiting to happen. The prone areas identified include Mpazi Ravine in Kimisagara near Maison de Jeunnes,”

“The rain has been eating into the soil, eroding its stability. The people here must move, especially the ones near the ravine. Households should be at least 30 meters clear of the ravine,” Dr Nsabimana said.

Other areas identified include Gikondo-MAGERWA which has unstable and failure slopes. The retaining walls here are weak and could collapse along with the houses atop.

“We have already seen cases in Kimihurura- Mu Myembe, Gikondo, Nyarutarama, Mulindi near Legacy Clinic and others where retaining walls have slid. We will meet the people in these places and advise them to leave or reinforce buildings. Otherwise the areas are just a disaster waiting to happen,” he said.

Other areas include Gikondo wetland and industrial park, Poids Lourds wetland, Kangondo 1 and all of which have been flooding. He said water is accumulating towards the nearby informal settlements. Others include Gatsata, Rwampara and Rugunga among others.

At least 131 households along Mpazi Ravine which flows towards Nyabugogo will be relocated. According to the Mayor, Rwf80 million has been allocated for this exercise which is expected to end with March.

Prof. Shyaka said between Rwf4 billion and 5billion has been earmarked for the relocation of households in Kangondo and Bannyahe into safer, affordable houses which have for long been in the pipeline but land owners in the area have been satisfied by the expropriation process.