Around the world, the achievements of women are being celebrated on International Women’s Day, which began back in 1911.

But World Economic Forum (WEF) report released last year, still warns the world that “it will take 108 years” from now to end the gender gap.

In its report, WEF published what it termed as “7 surprising and outrageous stats about gender inequality.”

According to WEF, Women are 47% more likely to suffer severe injuries in car crashes because safety features are designed for men; 33,000 girls become child brides every day, while Women in rural parts of Africa spend 40 billion hours a year collecting water.

While it will take 108 years to close the gender gap, WEF report further revealed that only 6 countries around the world give women equal legal work rights as men.

The report further states that 22% of all professionals are women – but warns “it could be down to lack of confidence.” In its seventh “surprising stat”, WEF says that “For every female film character, there are 2.24 men.”

Today, Rwanda, like other countries around the world, is fighting this trend that is costing $165 trillion. On Monday, Rwanda Stock Exchange in collaboration with International Finance Corporation (IFC) joined over 90 stock exchanges around the world to open markets dedicated for gender equality.

According to Celestin Rwabukumba – Chief Executive Officer of Rwanda Stock Exchange, the event was organized with intention to “ring the market opening or closing bells “to draw attention to the critical role that business and markets can and must play in tackling gender inequalities.”

As a result, Rwanda Stock Exchange (RSE) shifted its trading boards to Kigali Serena Hotel, where an opening bell was rung by Gender and Family Promotion Minister, Prof. Jeannette Bayisenge.

The ringing of the bell session was done in a fashioned way – with Minister Bayisenge surrounded by a number of Women in the country’s top offices.

At the event, men were given less opportunity to speak. Women dominated the session – a sign that Rwanda Stock Exchange CEO says, portrays its efforts to support gender equality in the country.

“We have been organizing this for the past five years and every year comes with a new improvement,” Rwabukumba said. 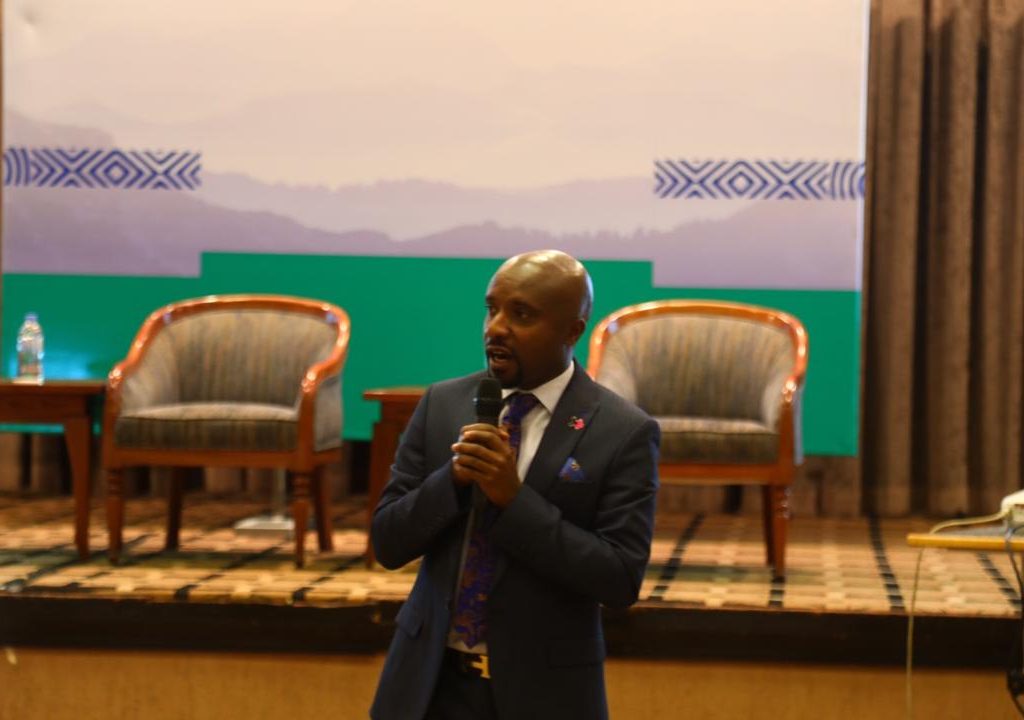 According to RSE officials, the event was organized to mainly highlight the business case for advancing gender equality and women’s empowerment in the workplace, marketplace, and community.

It was also organized to encourage adoption and implementation of the WEPs – a joint initiative of UN Women and the UN Global Compact – the primary vehicle for corporate delivery on gender equality dimensions of the 2030 agenda and the United Nations Sustainable Development Goals (SDGs), specifically SDG5 on gender equality and the empowerment of women.

For Rwanda, says Minister Bayisenge, the government and President Kagame in particular, has created “enabling environment for all of us women to exercise our potential and realise our dreams.” 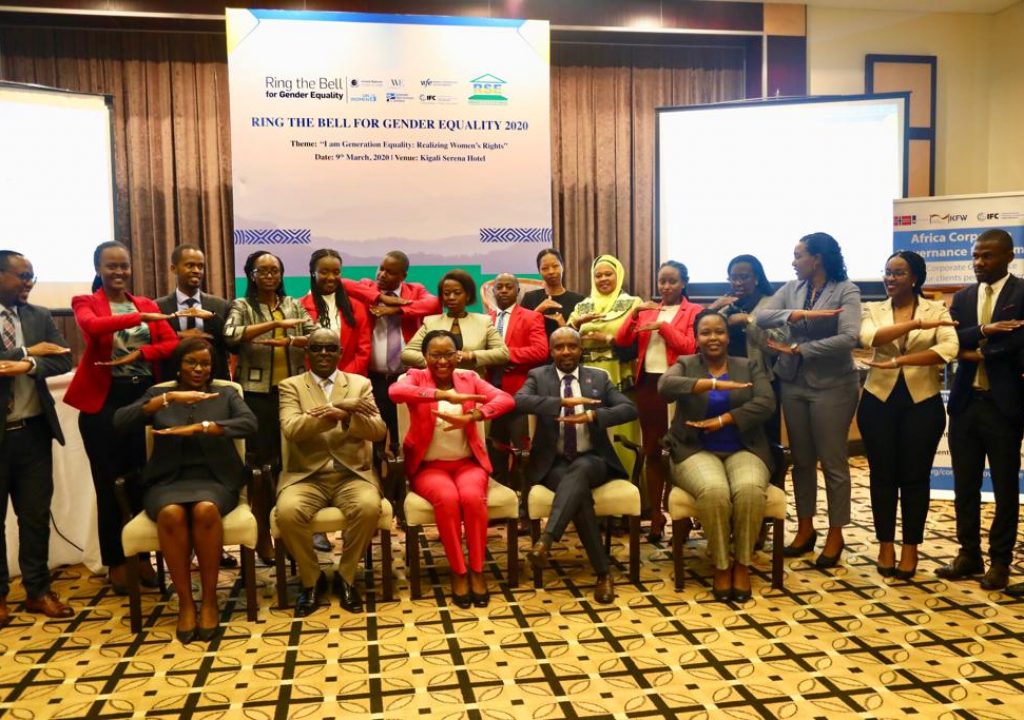 For instance, quoting several studies, Fatou Lo said, “The gender gap in labour force participation has stagnated over the past 20 years, standing at 31%; Women are still paid 16% less than men and only 1 in 4 managers are women; and 31% of young women aged 15 to 24 are not in education, employment or training, more than double the rate for young men which is at 14%,”

“The 2020 Global Gender Gap Report notes that without progress in closing the Economic Participation and Opportunity gap, it will take 257 years to achieve gender equality. Other reports mention 120 years or 99 years,” she said.