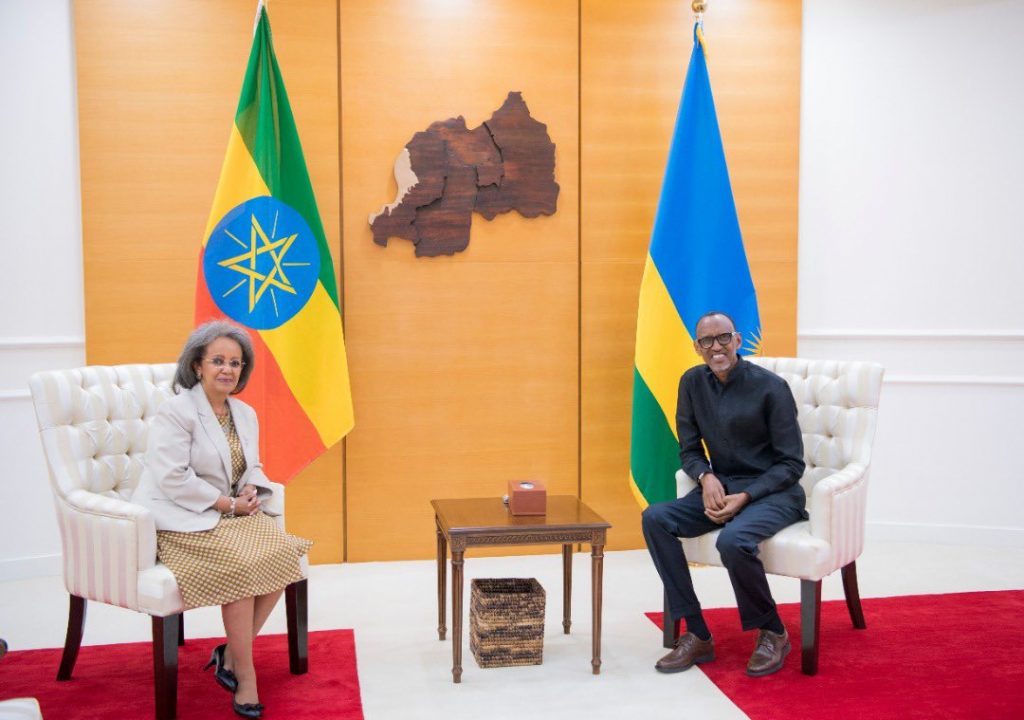 It’s probably the kind of a trip of a friend in need a friend indeed.

President Sahle-Work Zewde, was last in Rwanda in November 2019 for the Global Gender Summit. On the sidelines of the meeting, she met President Kagame.

Rwanda’s President was in Ethiopia in February for the African Union Summit, accompanied with First Lady Jeannette Kagame.

The president of Ethiopia is visiting Rwanda at a time the country is battling coronavirus -19, the pendemic whose first case was registered on March 14 and four more cases the following day.

This is against six cases in Ethiopia.

Officials in Rwanda, like in Ethiopia, have showed the African solidairty in dighting coronavirus. 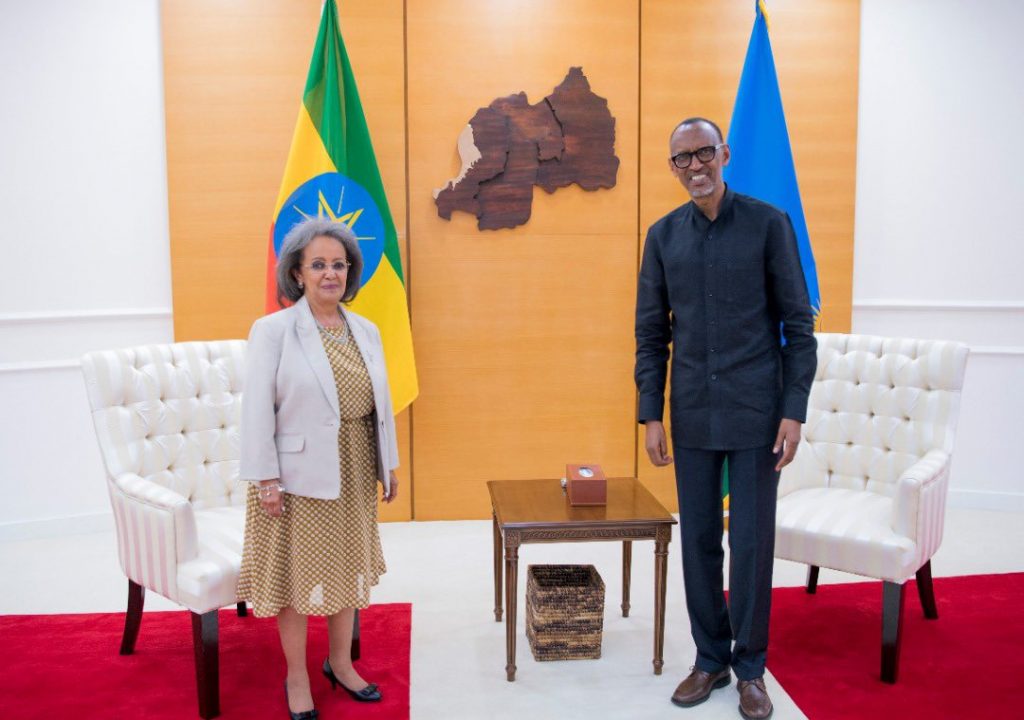 On March 15, president Kagame joined a campaign to senzitize the African and world citizens on hand washing as a preventive measure.

Initiated by the World Health Organisation(WHO), the campaign on twitter is called #SafeHands where they share a video demonstrating best practices in hand washing.