Cases of new COVID-19 were going down since May 1, but new figures show that the country is still in stiff battle.

The numbers have been varying between 3, 4,2, and 1 with an exception of two days with 6 and 7 cases respectively, and two consecutive days with zero cases.

The week, however, started with a new rise with 5 cases on Monday and 11 cases on Tuesday, May 19.

This brought the cumulative number of COVID-19 cases in Rwanda to 308, the active cases to 99 and the recoveries 209 including 6 in the last 24 hours.

The new increase in new COVID-19 cases was again caused by cross border truck drivers and their assistants.

Rwanda working on the issue

On Tuesday, Rwanda issued detailed directives aimed at curbing cross border transmission of New Coronavirus as the region moves to contain the exponential increase of transit cases attributed to truck drivers and their assistants.

The Ministry of Infrastructure on Tuesday said the measures are in line with the East African Community consultative meeting of Heads of State held via videoconference on 12 May 2020 and the bilateral meeting between Rwanda and Tanzania held on May 15 which ended the stalemate between the two neighbours.

Rwanda and Tanzania reached an agreement after two weeks of a standoff as Tanzanian drivers opposed measures put in place by Rwanda but the two countries managed to reach an understanding which saw both countries make compromises.

The MININFRA directives directed at truck owners and importers indicate how the agreed measures by EAC countries will be operationalized.

“All Incoming cargo destined for Rwanda shall be offloaded at designated areas at points of entry, namely Kiyanzl (Kirehe) and Kagitumba (Nyagatare),”

“For cargo that cannot be offloaded at designated areas at the points of entry, trans-shipment service where containers are exchanged from one truck to another is recommended and availed,” the Ministry said. 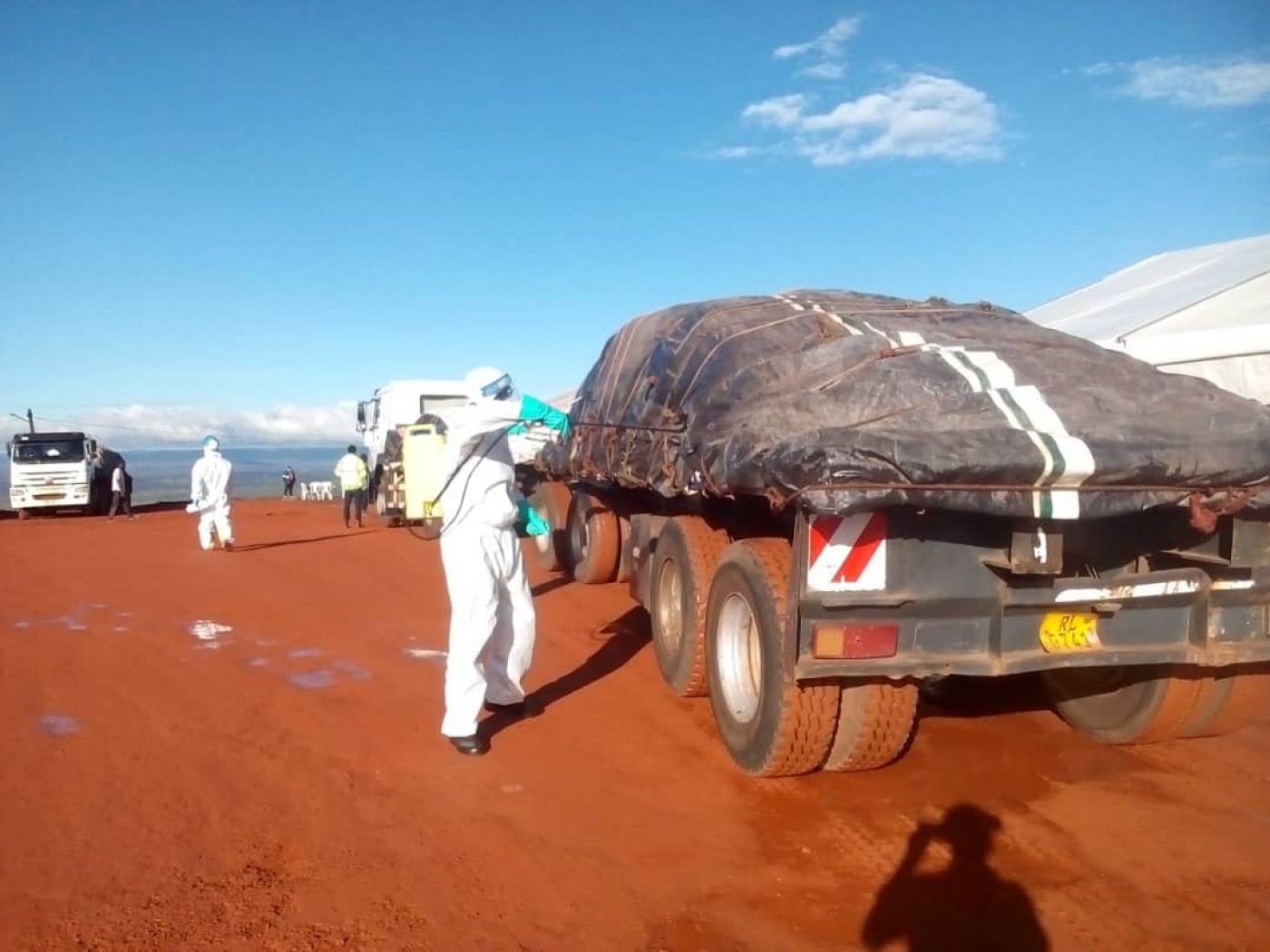 For cargo that cannot be offloaded or transhipped like petroleum products and perishable goods, the Ministry said trucks will continue to be escorted to their destination at no cost but drivers will only be allowed to stop at designated resting stops for health breaks.

As part of the measures, the Government said truck operations will be allowed only between 06:00am and 18:00pm local time.

“For this to be met, it is imperative for the consignees to ensure that facilities for offloading are made available before the drivers’ departure from the points of entry, in order to protect the drivers from COVID-19 as well as curtail any possible spread to other people in the community due to overstaying,” the Ministry said.

In yet another tough measure truck drivers and importers have to pay attention to, in case offloading of trucks cannot be completed within the mandate operation times, the drivers shall be accommodated at designated accommodation facilities at the importer’s cost.

“These designated facilities will be guarded to protect the drivers and the community from the spread of COVID-19,”

“Rwanda will make available mandatory testing facilities for all transit truck drivers and those who will be escorted with fuel and perishable products destined for Rwanda,” the Ministry said.

In order to contain the spread, Rwanda says all transit cargo will be escorted upon entry in Rwanda up to the crossing point, with drivers allowed to stop at designated places only.

The Ministry of Infrastructure said that all customs services and inland cargo depots and warehousing facilities have been availed at border entry points to ensure safety of drivers, trucks and cargo.

In a bid to limit congestion, the Ministry said that all goods are expected to be cleared and evacuated in one or traders risk facing extra storage charges and parking fees at the dry ports. If traders fail to clear goods in 3 days, they will be transported to Kigali for clearance on the importers cost.

Traders have been urged to do early declaration and clearance of goods before shipment to avoid delays while all transactions and submissions are to be done electronically.

The measures come few days after Rwanda and Tanzania reached an agreement to resolve the standoff, to the relief of traders whose goods were stranded at the border posts and in Benaco where hundreds of Rwandan trucks were being blocked by protesting drivers.

The two countries agreed to put in place new measures, revising previously proposed measures which include swapping of drivers at the border, a move which Kenyan and Tanzania drivers protested.

The two countries agreed that goods destined for Rwanda will be offloaded at border points with the exception of perishable goods and petroleum products which have to be escorted at no cost to their final destination.

The drivers entering the country to deliver petroleum and perishable goods will undergo mandatory testing facilitated by the Rwandan government.

Both Kenya and Tanzanian agreed to test drivers before sending them to Rwanda while those who test positive will not be allowed to travel.

Last week, the Minister of Foreign Affairs Dr Vincent Biruta said that Rwanda was looking to resolve the COVID-19 related issues affecting the flow of goods in the northern and central corridors.

EAC countries continue to register high cases of New Coronavirus which are blamed on truck drivers and their assistants. On Tuesday, Rwanda recorded 11 new cases, pushing the total number of cases to 308.