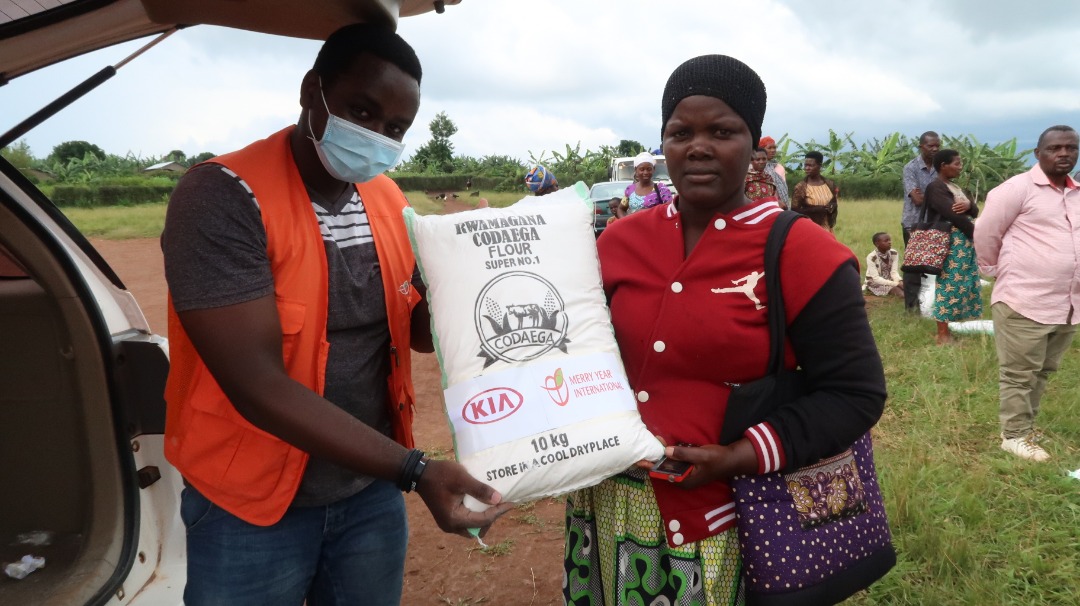 Merry Year International(hereinafter referred to as MYI) under the support KIA has early this week contributed to the country’s relief support which intends to help the Rwandan community who were affected by the COVID-19 lockdown.

The support was extended to the citizens of Gahengeri Sector, Rwamagana district where affected farmers were looking forward to support that supplements their efforts. 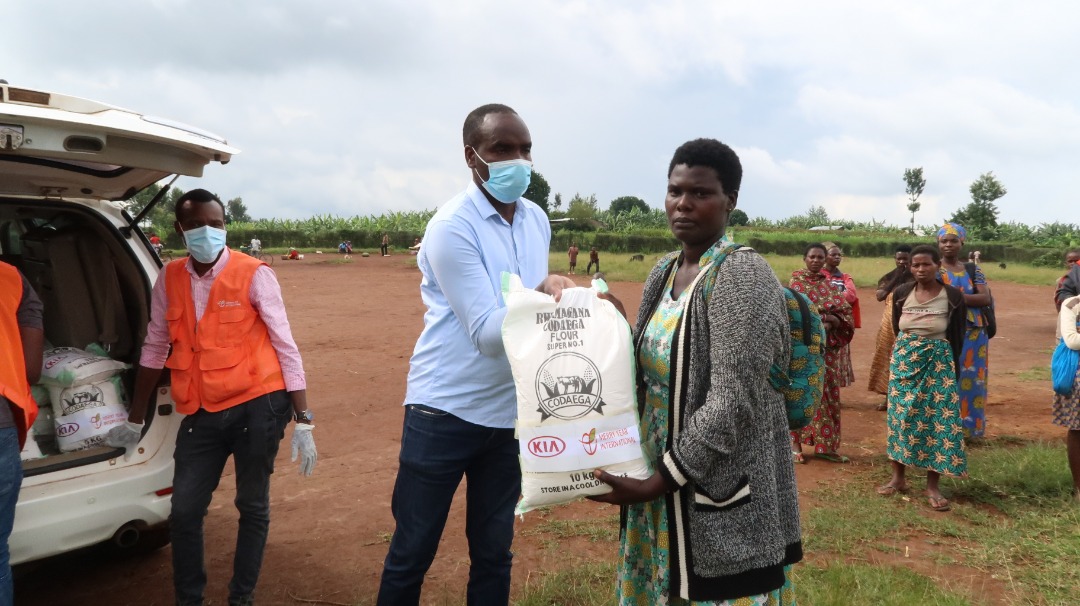 Merry Year International (hereinafter “MYI”) is an international NGO that provides constant opportunities to the less privileged communities around the world to become self-reliant. It started in the Republic of Korea.

MYI has been operating from Gahengeri sector, Rwamangana district since 2014 to increase rural farmers’ income through strengthening the ability of farmers to self-reliance with our sincere sponsors, ‘KIA motors’ which is, now, 7th strongest car-making company in the world. 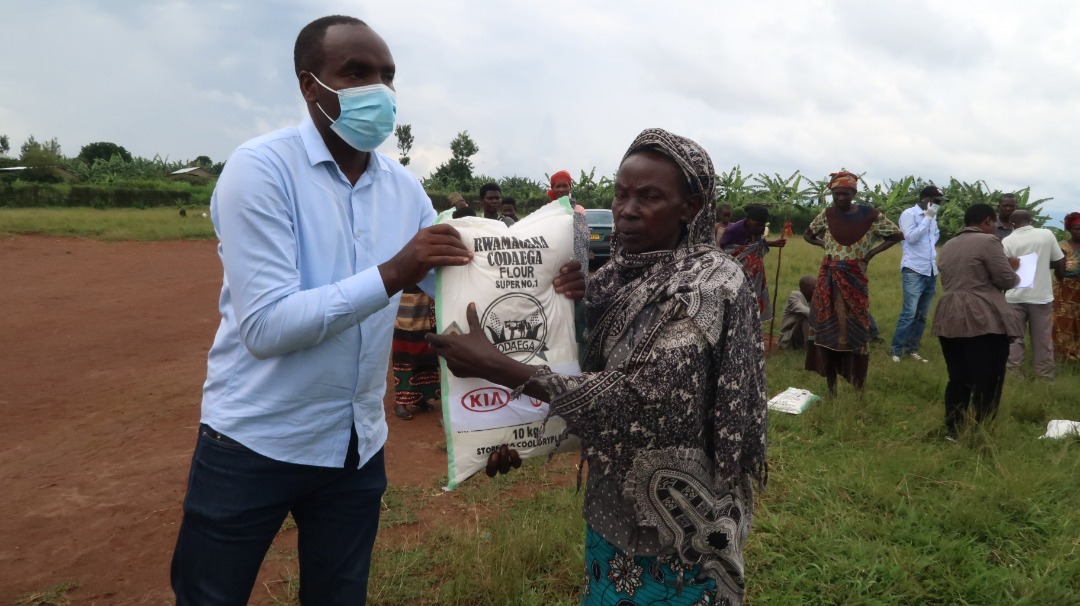 MYI and KIA supported the initiative with two tons of maize flour. The maize distribution took place on 25th April in a vacant lot next to the Gahengeri sector office.

Maize flour was purchased from CODAEGA supported by MYI and KIA, the only MYI partner that can process maize in Gahengeri.

A total of 193 families from 8 cells were provided maize flour from 5kg to a maximum of 15kg depending on the number of family members. 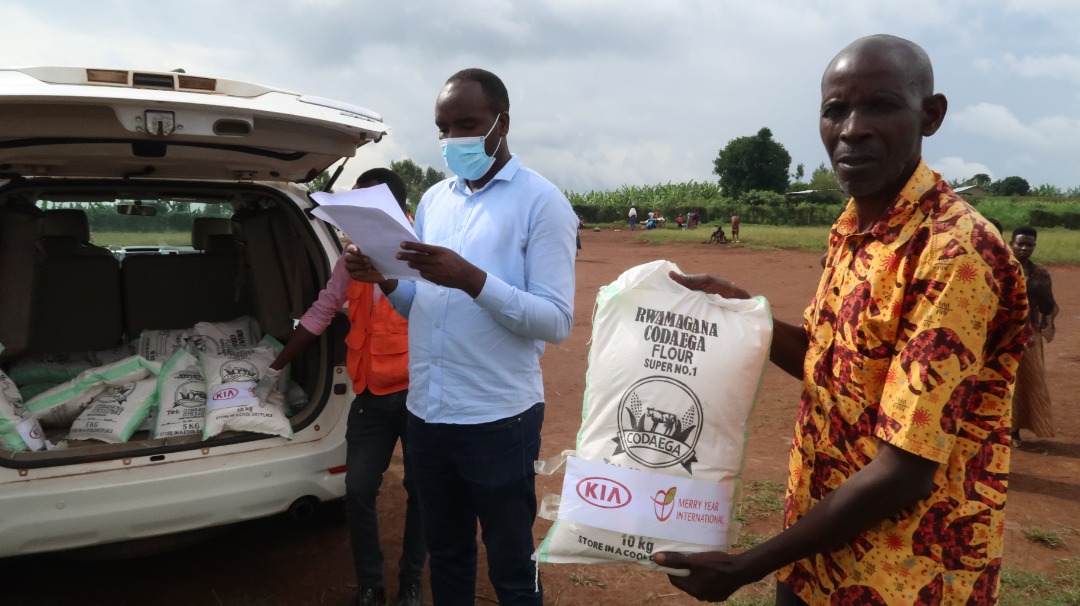 On the very first day, 30 families in Gihumuza Cell benefited in a very organised way that proved that they are global citizens who love to share without selfishness though they were in difficult condition.

“The support I received from Merry Year International and KIA Motors came at a time my family was really in need. I am now assured of the meal for a couple of days,” said Cassien Ndahimana, one of the beneficiaries.

“I also want to thank the Gahengeri Sector Executive Secretary who advocated for us to have food at a time when we really needed support. Thank you very much.”

“Thank you for choosing us, MYI!” said Josiane Narame, a mother of six. 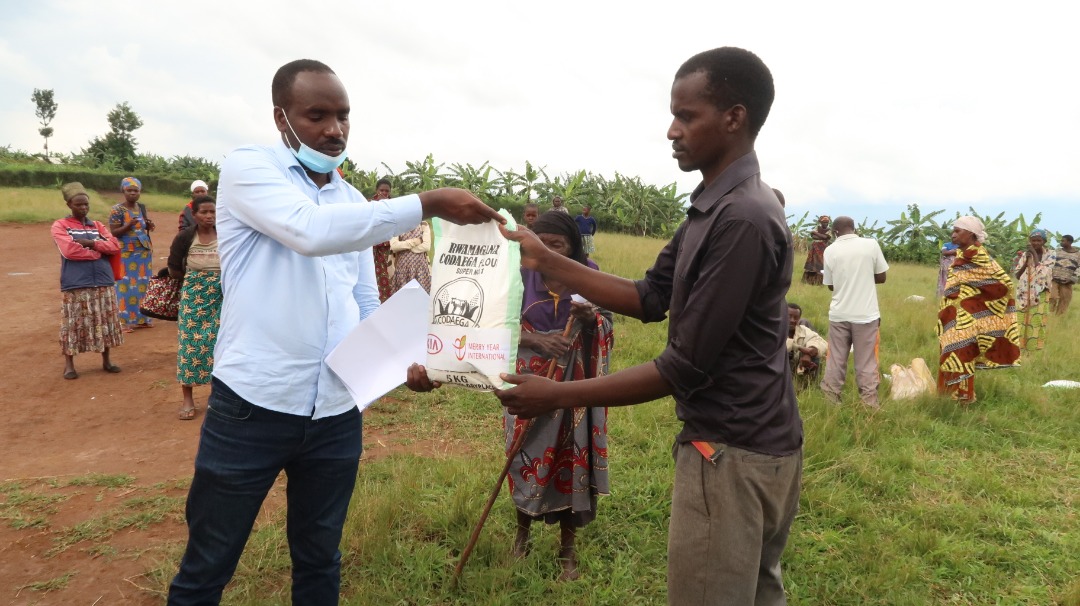 Augustin Muhinda, the Executive Secretary of Gahengeri sector also shared his word of acknowledgement towards MYI.

He said; “on behalf of Rwamagana district we thank Merry Year International and KIA project for your support. For sure, though we still need more, and there is still room for more support, we are really very grateful.” 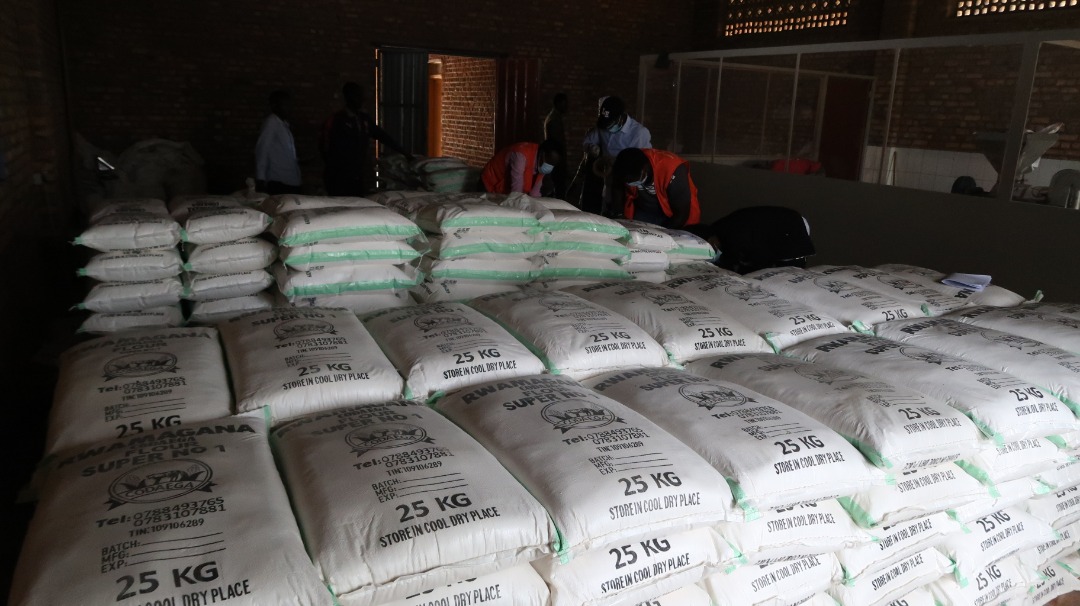 MYI and KIA will continue to cooperate with Gahengeri Sector and Rwamagana District in their effort to support the social-economic development in the area and to solve challenges that arise from several circumstances like the COVID-19 pandemic in the current context.

Anger As Congolese Citizens Are Blocked from Returning Home