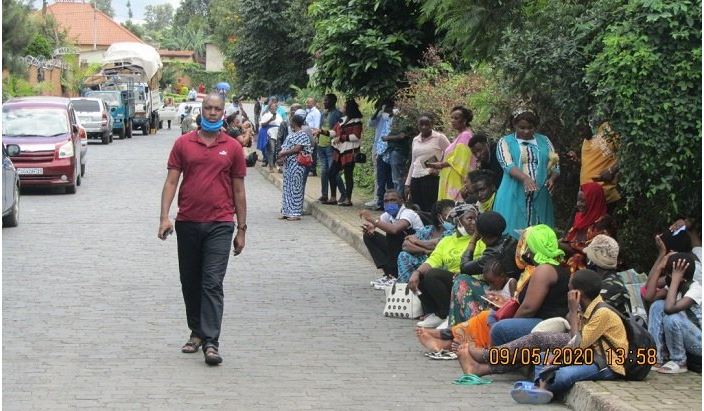 Congolese nationals who live or work in Rwanda are protesting a decision by provincial authorities in eastern Democratic Republic of Congo (DRC) to block them from returning home despite being given a green light by their country’s Embassy in Kigali and Rwandan authorities.

Over 300 Congolese nationals convened at the One Stop Border Post between Rwanda and DRC, in Rubavu district on Saturday, on their way home but Congolese immigration authorities could not let them cross for unclear reasons.

Similar scenes unfolded in Rusizi district where some Congolese citizens returning to the city of Bukavu were denied entry.

The stranded citizens told Kigali Today/KT Press that the arrangement for them to repatriate back home had been made earlier and supported by Rwandan authorities through the Ministry of Foreign Affairs and Cooperation while the DRC Embassy in Rwanda had given them a letter authorizing them to return home.

However, upon being cleared by Rwanda’s immigration, they were denied entry by Congolese border officials. However, later on, Sunday morning, half of those who had been sitting in at the border were granted entry but more than 150 are still stranded.

One of the affected people, who identified himself as Jean Claude Beya said that they were surprised by the decision to deny them a right to return home, weeks after requesting to be allowed to go back to their country following the measures put in place by the Rwandan government to fight the New Coronavirus outbreak.

“We have been planning our return for days, in partnership with the embassy in Kigali. We made our case known that since work came to a stop due to the lockdown, life had become difficult for us with no income,”

“We reached a consensus to organise and return home temporarily as the situation normalises. We had been advised to wait for the situation to get better and then find our way back. We were told it would be possible on May 9 but we were surprised when the Congolese side refused to clear some of us to go back to our country,” Beya said.

The border cities of Rubavu on the Rwandan side and Goma on the Congolese side, as well as Rusizi in South Western Rwanda and Bukavu in Eastern DRC, share a lot in common with people on both sides co-existing, some working in one city and sleeping in the other. 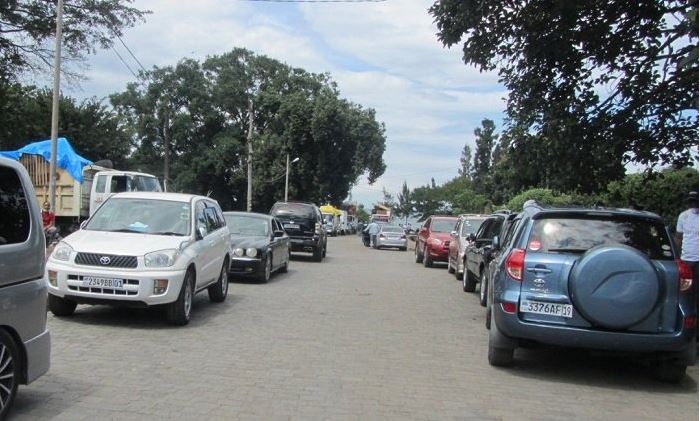 However, the outbreak of New Coronavirus has affected life in the border towns, with Rwanda opting to close all borders and imposing a lockdown while DRC too limited movements to contain the spread of the virus.

The affected categories of people include Congolese who lived and worked in Kigali as well as those who live or worked in the border towns.

Patient Mundapeke, who was living and working in Kigali said that he had run out of money since he earned as he worked and had finished all his savings and wanted to go back home. By press time he and others who had come from Kigali had refused to leave the border post till they are facilitated.

Rwandan authorities and immigration had cleared the people to return to DRC but sources say the Governor of North Kivu ordered the blockade of returning citizens.

Mundapeke said that it is unheard of for a country to block its own citizens from returning, saying that DRC authorities should have found a solution to allow back own citizens and instituting measures such as quarantining them.

“While other countries are repatriating their citizens, we are being denied our right to return home,” the Congolese national said, adding that other people who were caught on the other side of the border while in Rwanda lamented about their businesses in Goma being affected.

Officials on the Rwandan side said that this is a matter to be handled by the Congolese government “because Rwanda has done her part to help the people return to their country.

“What is going on now is between the DRC government and its people,” the official said on condition of anonymity, adding that Rwanda wants to stay clear of the issue. 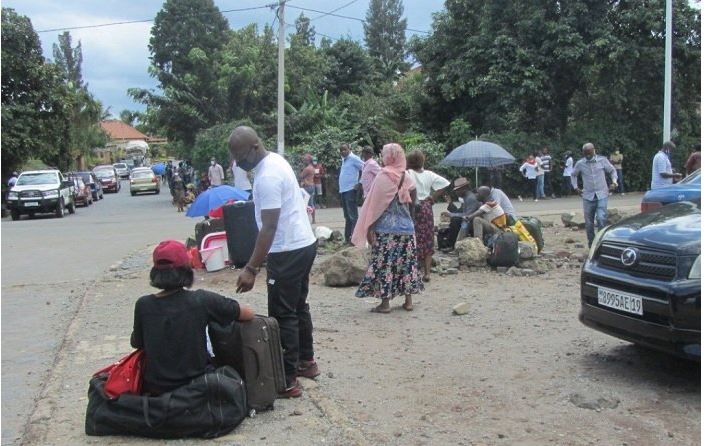 On Saturday evening some of the affected people who were living nearby had opted to go back while those who had come from far vowed to stay until they are allowed to cross. After lengthy negotiations, Congolese immigration authorities allowed some people to enter.

“We have not encountered any problem on the Rwandan side. It is our people of immigration stopping us from going home,” said one congolese citizen, adding that border officers told them that they are acting on the orders of the provincial leaders.

Efforts to get a comment from the Congolese Embassy in Kigali were futile as the Ambassador told Kigali Today that he cannot speak on the issue over the phone, asking for an official request for information.

The affected people said that they had requested to be repatriated back home since March, the first batch of people returning to DRC on March 26 while the remaining ones had been waiting for their turn.

Rwanda and DRC currently maintain stable and friendly relations since President Felix Tshisekedi’s ascent to power, with both countries vowing to work together to enhance trade and bilateral ties.

The COVID-19 outbreak put cross-border movement and busy activities between the two countries on hold. Both countries have been battling New Coronavirus cases with Rwanda registering 280 cases so far while DRC has recorded 937 cases and 39 deaths.