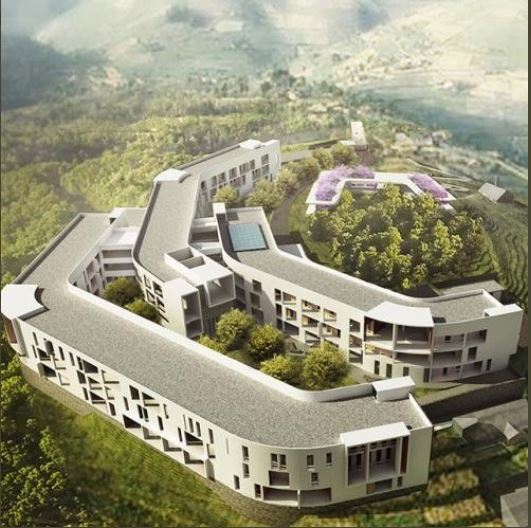 A state-of-the-art hospital that is expected to cost $14.5 million is at completion stage in rural Munini sector, Nyaruguru district of the Southern Province.

Mayor Habitegeko further joked “The once upon time called #abatebo are no longer #secondclass citizens.”

The excitement could be understood. Munini is located at a 66-kilometer distance at the nearest hospital, the Huye based University teaching hospital. 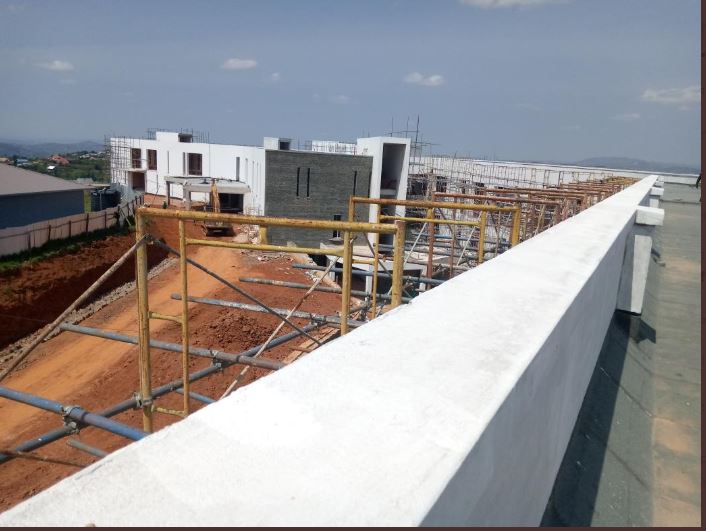 However, the people of farther areas like Ruheru, Busanze, Bigugu and Cyanyirankora among others in the remotest villages of Nyaruguru would do hundreds of kilometers to Huye for critical medical services that the existing Munini district hospital could not offer.

The mayor expected it to be ready earlier than that, but he said, that COVID-19 sabotaged activities with the developer asking more time to finish the 30-month project. 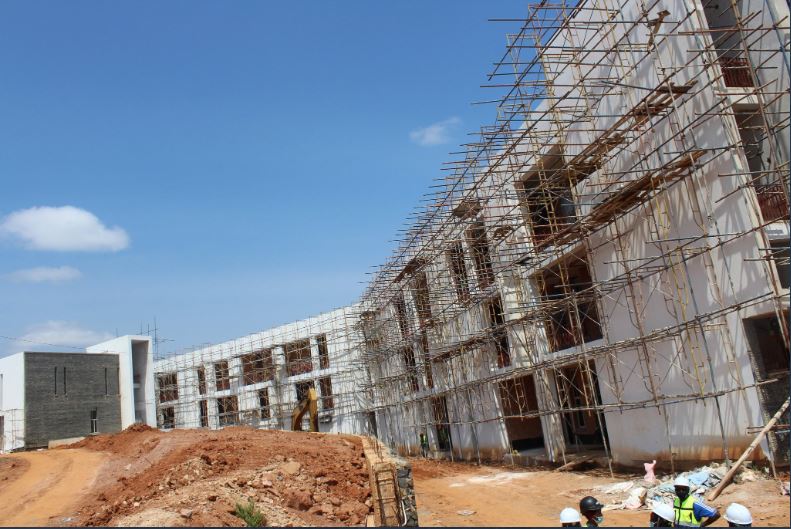 The 4-storied hospital is built with a high-end technology that will allow the developer to connect three wings, to an extent that one would cross from one wing to the next without having to go out. Most obviously, the multi-level facility has a lift. 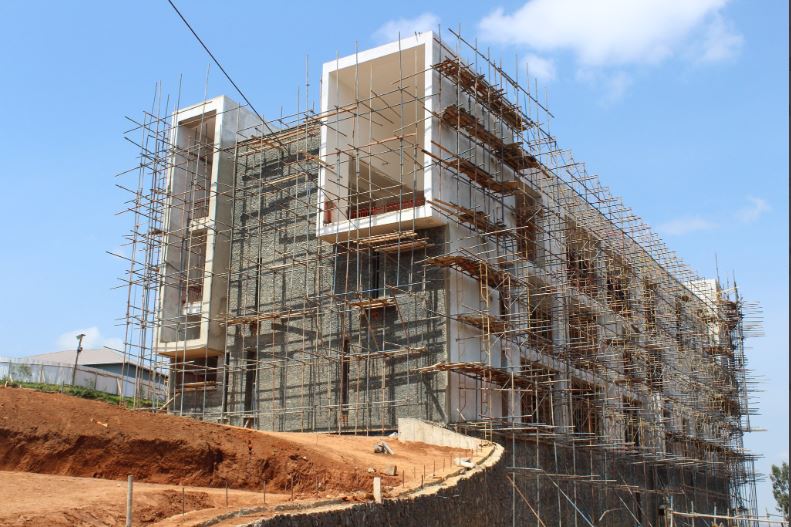 The rooftop will allow visitors to relax under the breeze which reflects the real name of Rwanda, a Thousand Hill Country. 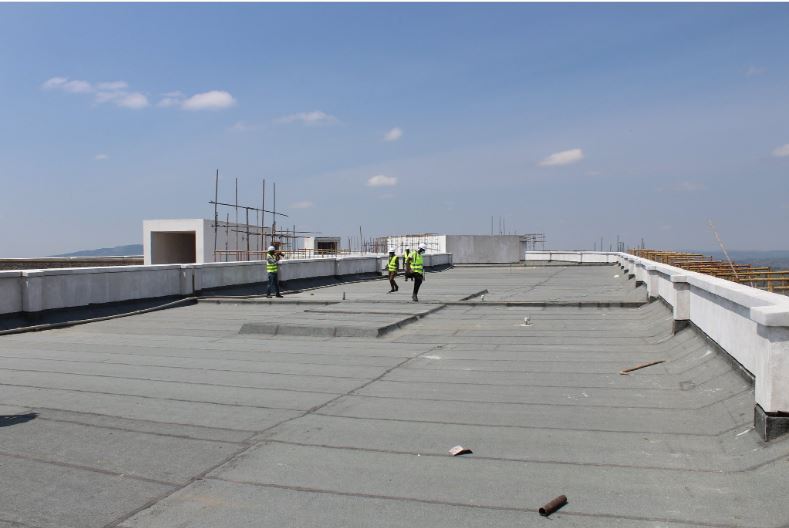 That will allow visitirs to admire the beautiful landscapes of Nyungwe national forest/park, Giseke hill which is the believed source of River Nile and the most visited Kibeho Holly land.

Habitegeko does not expect this hospital to be like any other, rather, he said that they want to have a specialty of treating heart diseases.

Of course, he said, it belongs to the Ministry of health to decide priority. 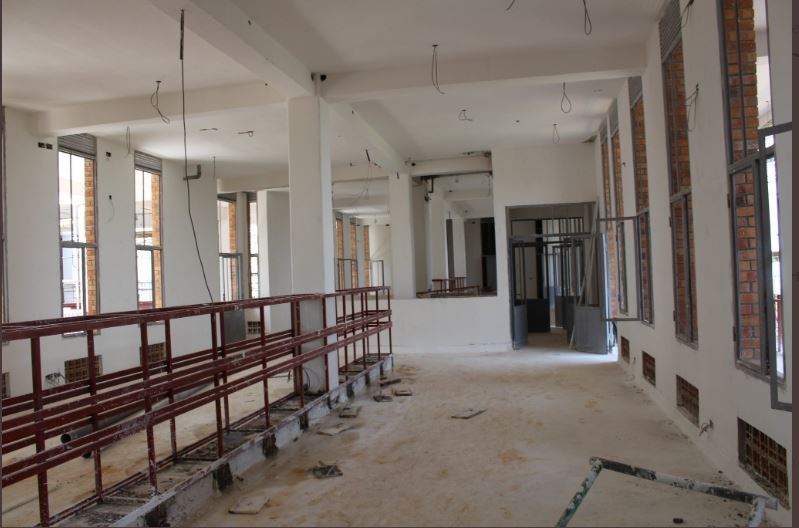 According to MASS, a global design collective that is behind the design and construction supervision of the facility, the Hospital won a European Healthcare Design award in the Future Healthcare Design category in London, June 2019. 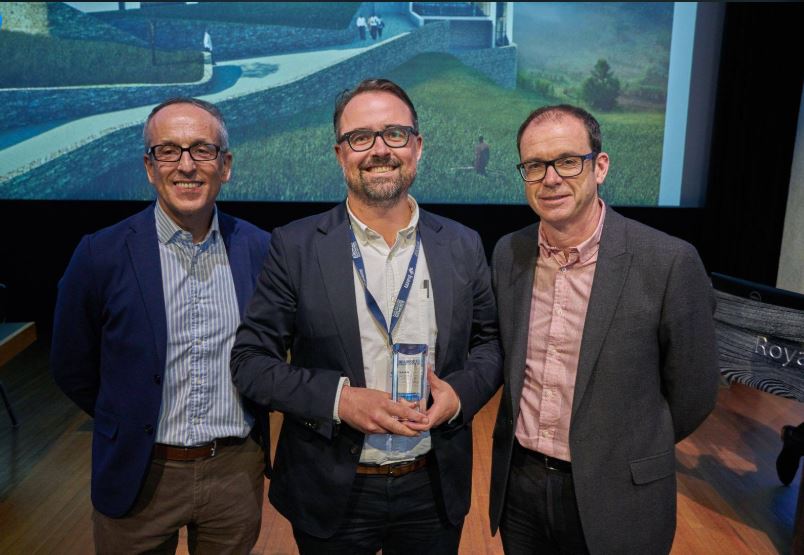 The district once abandoned by former regimes, Nyaruguru is now striving; it is the home to Kibeho a touristic site where the Roman Catholic Church-approved as a Holy Place where Virgin Mary appeared to three schoolgirls, back in 1980.

Habitegeko, in previous stories, told KT Press that Kibeho receives at least 50,000 pilgrimages annually. They come especially on assumption -August 15 and in November to celebrate the apparitions. Some take the land or water from the Holy place back home. 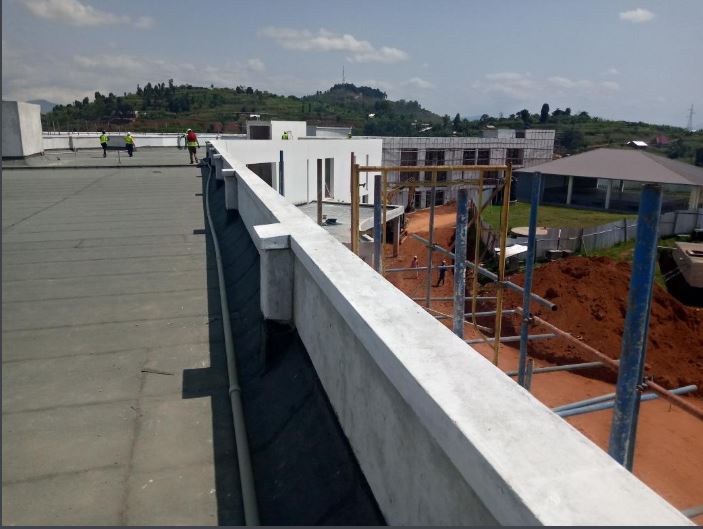 The Catholic Church has finalized a master plan of a Basilica to be constructed in the area where the apparitions took place.

It will have a covered area of 10,000 sitting capacity and open space of 100,000 capacity, according to Mayor Francois Habitegeko.

This capacity will make it the biggest Basilica in the world after Saint Peter’s Basilica – Rome with 66,000 sitting capacity.

Construction activities will start in November 2021 and will cost Rwf 70billion upon completion. Immaculée Ilibagiza, a Rwandan national from United States of America is leading fundraising efforts.

Meanwhile, the tarmac road Huye-Munini under construction is at 38% of completion. Activities were halted by COVID-19.

One may need to take several photos of Nyaruguru district today, for future documentation