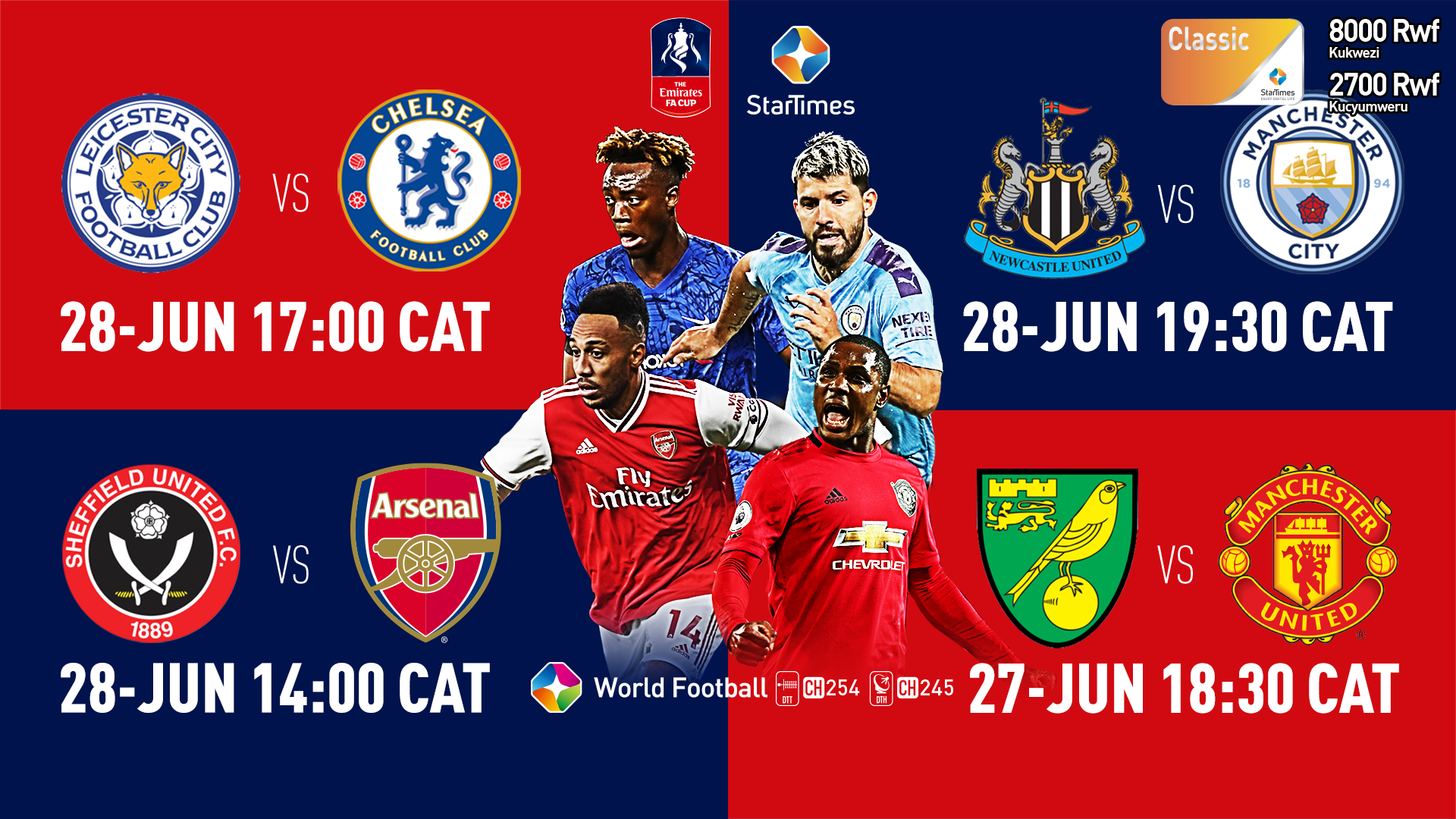 There is no competition throughout the world that has the same allure as the FA Cup.

Not only is it the oldest domestic football competition in the world, filled with a tradition of excitement, goals and giant-killing heroics, it is also a pathway for English clubs to the prestigious Europa League.

At this stage of the year, the 2019/20 FA Cup winner should already be known, but the global coronavirus pandemic put everything on hold – so to the FA Cup.

But this weekend it is back with four mouth-watering quarter-final matches.

With four of the top five in the league still involved in cup action, the draw for the quarter-finals was bound to produce a stand-out fixture – and it did.

Leicester City is having a remarkable season and is currently sitting third in the league – one place better than Frank Lampard’s Chelsea side whom they welcome to the King Power Stadium on Sunday.

Chelsea came from behind on the weekend to beat Aston Villa in the league to get off to a winning start after the league resumed, while Leicester were held to a 1-1 draw.

Cup holders Manchester City, who are about to see Liverpool take over their league crown, remain in the hunt to retain the cup, but need to overcome Newcastle away from home in their quarter-final on Sunday.

The final match on Sunday sees Sheffield United at home to Arsenal, who have won the competition more often [13 times] than any other club and share the record for appearances in the final [20 times] with Manchester United.

Both remain on course for a 21st appearance as United are also still involved. They travel to Norwich, who were rewarded for their stunning shoot-out victory at Spurs in the previous round, with a home tie against Ole Gunnar Solskjær’s Red Devils.

The Norwegian coach welcomed back Paul Pogba in United’s 1-1 draw at Spurs on the weekend. It was the midfielders’ first game of the year after recovering from an ankle injury.

“Paul’s one of the best players in the world and it’s great to have him back, it’s good to give him minutes. He’s delighted to be back on the pitch, he’s had a nine, ten month injury nightmare, it’s not been like you’re out for ten months, it’s like he’s almost back. Now finally he’s back playing, I’m sure everyone can see he’s got great hunger for the game.”

The English FA meanwhile, have announced that the final this year will be renamed the Heads Up FA Cup final to raise mental health awareness.

Prince William, who is the president of the FA, said that it was an important step. “[The final can be] a moment to promote good, positive mental health for everyone.

“It’s quite timely bearing in mind what we’ve all been through with this pandemic [Covid-19]. I think there’s going to be, sadly, a lot of repercussions from this in society, not just in football, in terms of people’s mental health.

“Hopefully the FA Cup can be a bit of a pivot that people can rally around.”

African football fans will be able to watch all four matches live on the StarTimes Football Channels as Africa’s leading digital-TV operator has secured the broadcasting rights to the prestigious competition.