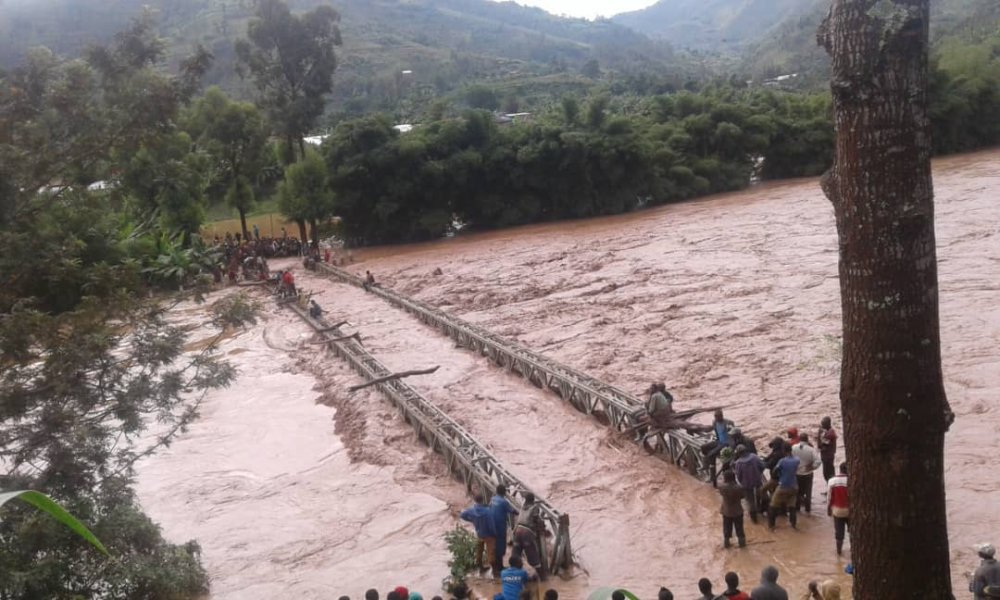 Among unfunded projects: Infrastructure that were affected by floods last month

The Rwanda Parliament has asked the government to consider soliciting funding for major socio-economic projects that will not be able to get a budget line as a result of the economic effects of coronavirus.

The lawmakers made the call today during a review of budget inputs in next fiscal year’s draft budgets F2020-21 and 2022-23.

This comes after the parliament’s economic and budget committee showed that the government will face difficulties raising money to finance socio-economic activities and projects as a result of the projected drop in internal revenues largely caused by the ongoing Covid-19 crisis.

The parliament said that though the economy is expected to grow higher by another 2%, a parliament report showed that the existing budget will not be able to finance all the planned projects.

“This means that some 61 projects will not get financing as planned but we hope that after the midterm budget we will be able to cover some of the other areas though others will not be financed in the budget,” Committee Chair Omar Munyaneza said.

For example the construction of Ruhengeri hospital and Musanze Dumping site, planned industrial parks, houses for the poor, rehabilitation of damaged dams and bridges didn’t get a budget line.

Others also affected, in the same manner, are the Technical Education Schools (TVET) which will not get budget for examination material needed, while construction of cross border markets will stall despite their importance in regional trade balance with neighboring countries.

Though they acknowledge the effects of Covid-19, MPs were not happy to hear this news, they asked that the ministry finance ensure these major gaps in the budget are considered as urgent.

MP Jean Bituguramye said: “There are many economic recovery gaps that are not considered or put in the report yet there are many in districts. We want these gaps be put in report even if no funding but to be considered later,”

Other MPs were concerned that some of the unbudgeted rural development projects like roads and bridges would create more disasters as the climate keeps changing but also demean the country strategies and pledges to citizens.

Committee Chair, Munyaneza responded: “This was because the development budget was reduced however we discussed this issue with ministry of finance and they said it will be resolved especially in the midterm framework (2022-23) the budget resource are expected to increase,”

Though the total tax revenue is projected to reduce to Rwf1, 421.4 billion in 2020-21, which is Rwf147.6 billion short of Rwf1,569 billion projected in the 2019-20 revised budget, parliament said that donor funds are expected to increase and could backup some of the economic gaps.

Munyaneza said that in this period, the proposed budget will focus on ten major areas which were affected by Covid-19 and speed up the economic growth. 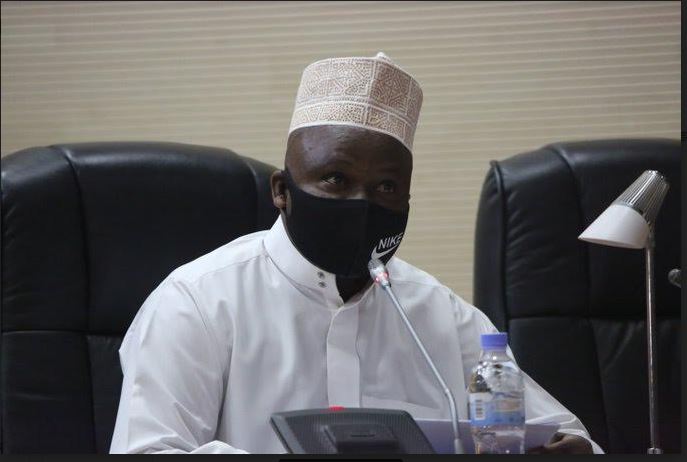 Some of these include: the education sector getting Rwf481.2billion for constructing classrooms to reduce overpopulation, construction of healthcare infrastructure at over Rwf248billion, creating jobs through water, energy and sanitation infrastructure with over Rwf300billion.

Others like agricultural promotion is expected to get Rwf92billion, disaster preparedness Rwf49.7billion, communication infrastructure Rwf16.8billion, while the private sector will get Rwf126.6billion and the social protection programs (VUP), Rwf123billion among others.

Munyaneza said that some key planned and already published projects including those with vital need for social welfare like hospitals and bridges and feeder roads in most districts will go without a budget.

Parliament approved its final budget input report and recommended the ministry of finance to consider closing the economic gaps as priority for the upcoming budget.

The parliament report on the budgets 2020-21/2022-23 will immediately be submitted to the central government to put the parliament’s recommendations into action before the final budget is tabled in June.