Meet the Investors Who Are Reaping Big in Horticulture 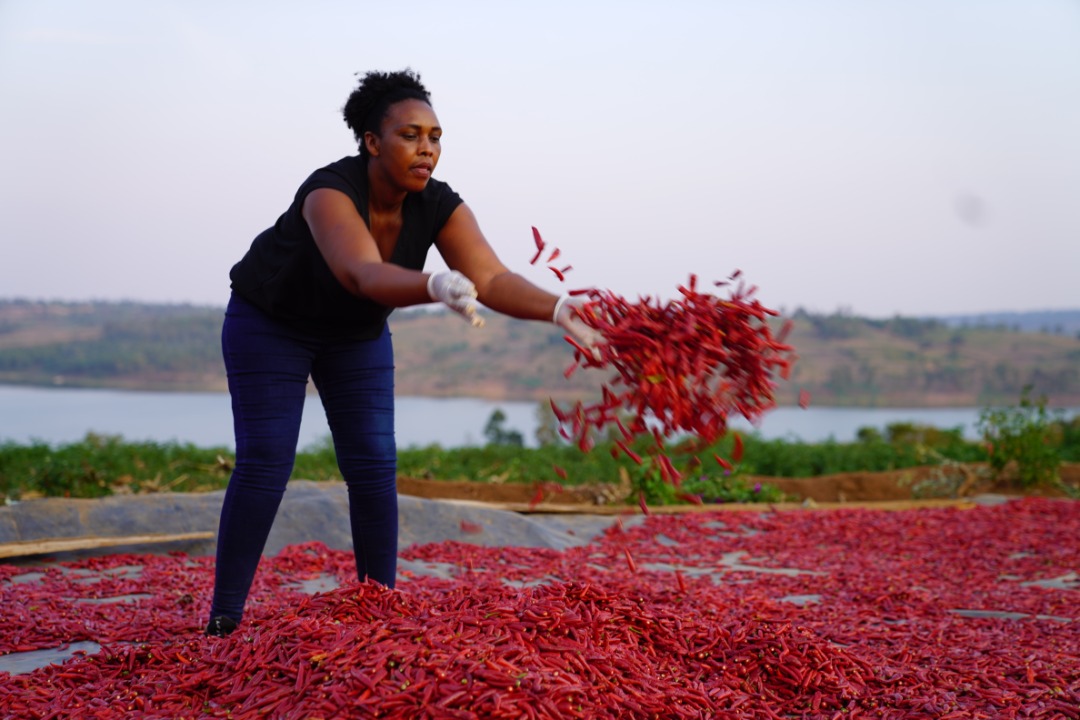 Hildebrand Ikirumugabo 30, is a tree tomato farmer in Cyabararika cell, Muhoza sector Musanze district who has been in the business for seven years now.

He graduated in agro-veterinary but didn’t get a job and spent almost two years on the street looking for one with as many job applications as possible.

All the applications he submitted came back with bad news though sometimes he was able to make it on the short-list.

In late 2013, he decided to venture in agriculture, growing tree tomatoes on rented land as a trial, starting with a 300 square meters of land containing 250 trees investing Rwf480,000.

When it came to harvesting (in 2014) he managed to get 180 kilograms per week for two months, and sold at Rwf800 per kilo which earned him Rwf1.2million as the first income. 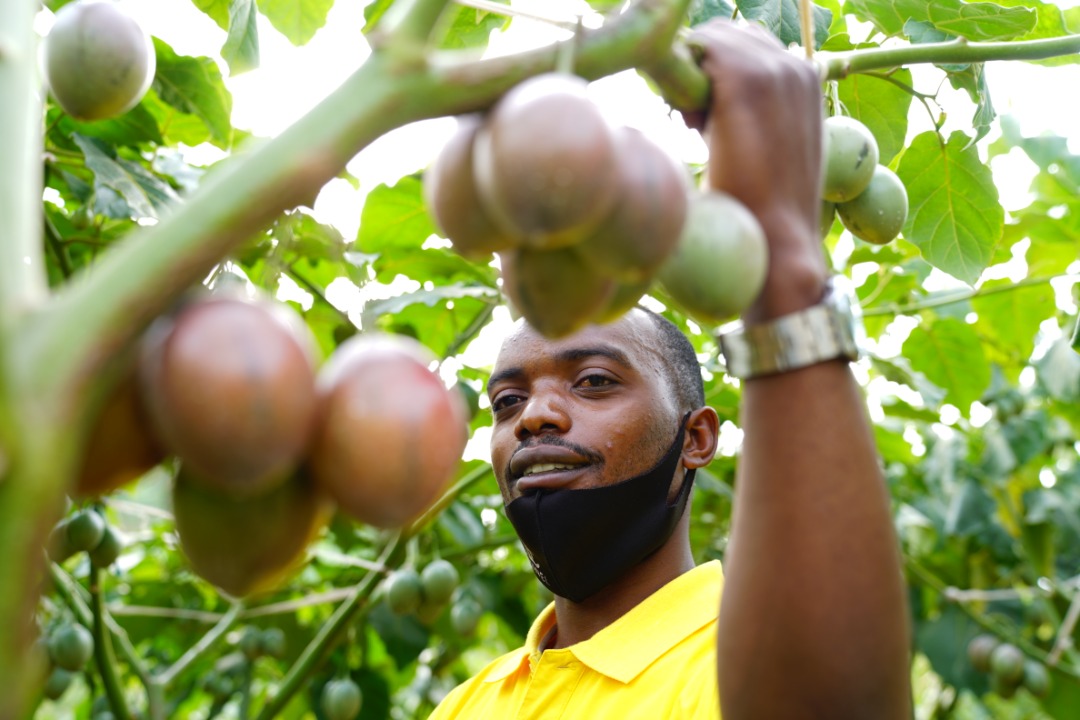 “Looking at this money on my account, I celebrated and got hooked into the business,” Ikirumugabo says.

Last year, he had reached 4,000 trees on one hectare using Rwf6.5million (including a bank loan and Rwf2.7million from his personal money earned as capital in six years which he invested in purchasing land, buying trusted seeds, organic fertilizers, and paying laborers. 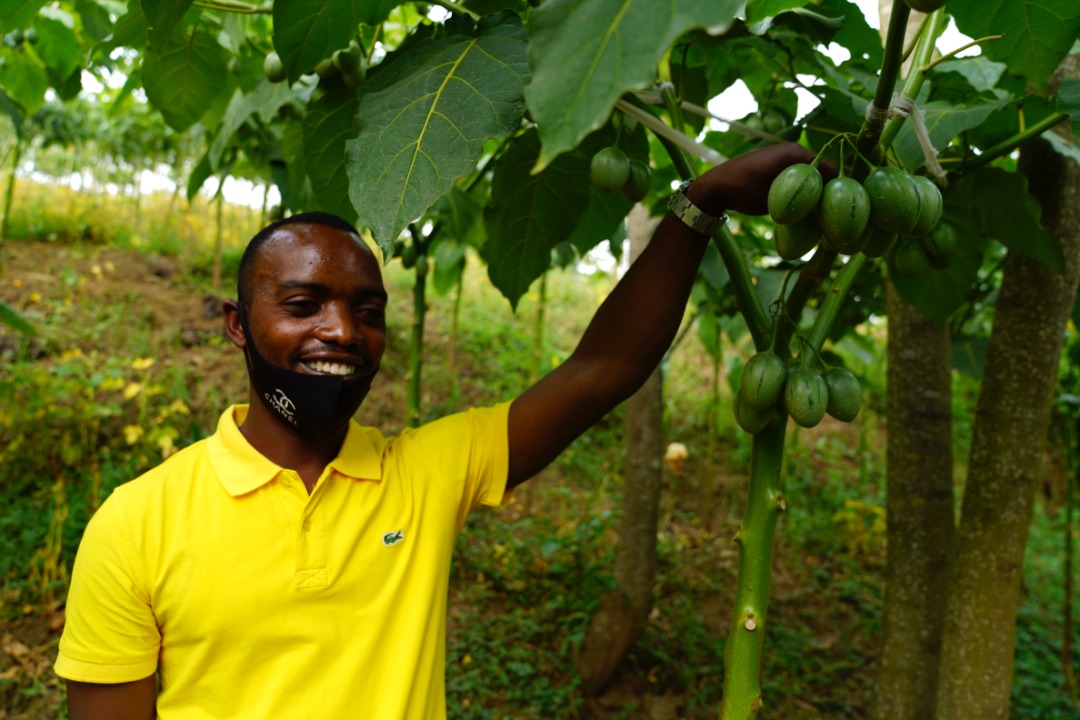 Mid 2019, Ikirumugabo learnt of a government funding opportunity for agro-businesses under the Project for Rural Income through Exports (PRICE) – under the ministry of agriculture, through International Fund for Agricultural Development (IFAD) funding.

He applied and was selected to get Rwf3million among the 959 successful projects out of the 1,800 business ideas that applied for the loan disbursed through financial institutions with guarantee from the Business Development Fund (BDF).

Ikirumugabo uses the funding for maintaining the farm, paying ten workers and spraying the 4,000 trees of which he expects a produce worth Rwf20million.

“By the time of season harvest, I expect to earn Rwf12m after catering for all costs which are about Rwf8million,” he confidently says while laughing at his classmates who thought he had made a wrong career choice. 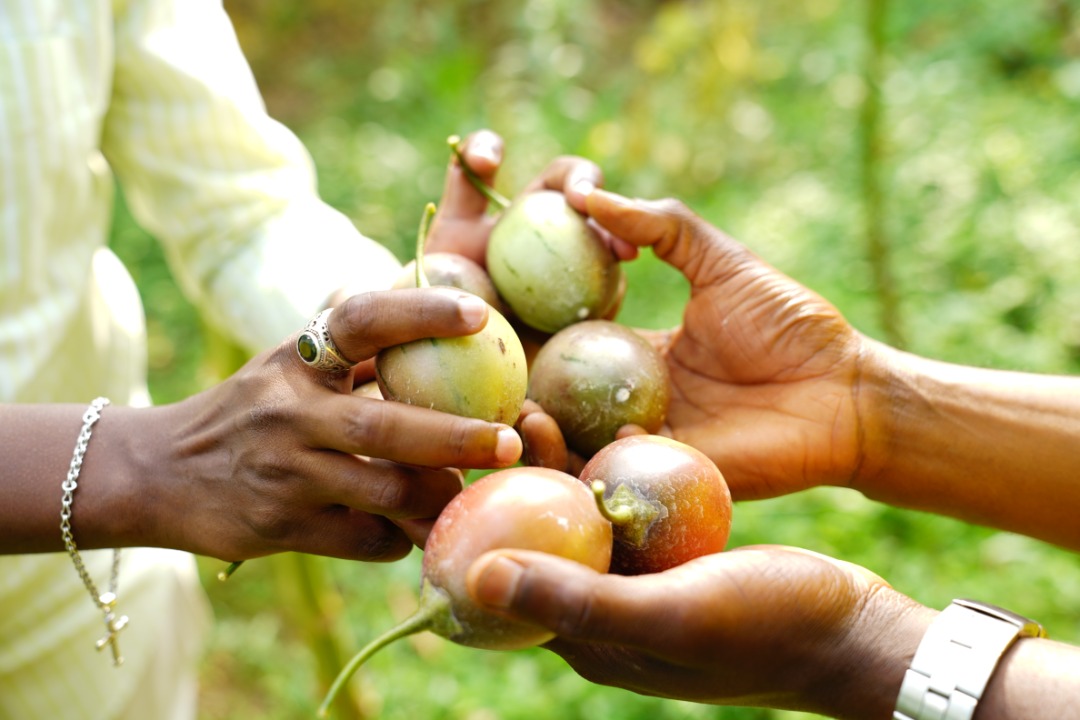 With this amount of money, Ikirumugabo earns an average of Rwf1million per month, which is more than a gross salary of a Director General in a ministry, with Rwf 800,000 take home.

“I realized that more money was coming in so I decided to stop searching for employment and focus on agriculture of which most of my age mates undermine,” Ikirumugabo says.

Every success story has a secret. Ikirumugabo attributes this to focusing on a single career and prior knowledge and skills as an agro-vet, which means he doesn’t have to hire anyone to do so.

Apart from Ikirumugabo, other youth have also chosen agriculture, and they succeeded. Pascal Murindwa, 39, started growing red pepper in 2019 on six hectares of land located on Lake Kidogo in Rilima sector, Bugesera district.

Being a farmer is a total accident for Murindwa. He was sent to study agriculture in secondary school but diverted to Law at university. He later on became a civil servant serving as a Kimaranzara cell Executive Secretary from 2006-2011.

“I didn’t like agriculture, but only took the course because the area where I was admitted to was insecure. Luckily I emerged as best of my class in agronomy,” Murindwa says. 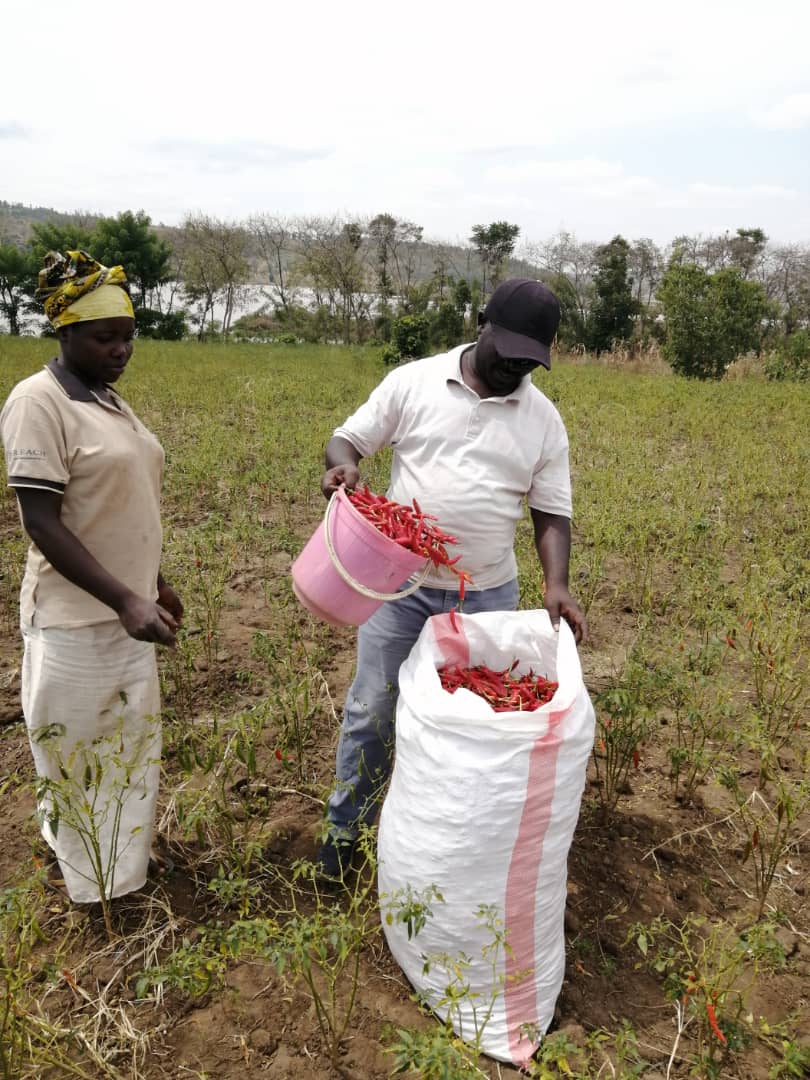 Little did Murindwa know that after quitting his job in 2012, his earlier skills would kick in to change his life.

With an opportunity of family land, he started by investing Rwf2.5million in growing red pepper on two hectors where he harvested 6 tons and sold at Rwf1300 to earn Rwf3million.

He later sought a Rwf15million loan through a Price project grant and a BDF guarantee to expand on the project coverage by renting more land for the following three years.

If grown on suitable land with access to water, Red pepper takes about three months to mature and harvest.

In this season’s harvest period that starts July taking 45 days, he expects to make Rwf8million from 5 tons.

“Red pepper is more productive on the second harvest which will be in January, but if you combine with the October harvest, I expect to make between Rwf15 to Rwf20million in profits,” he said. 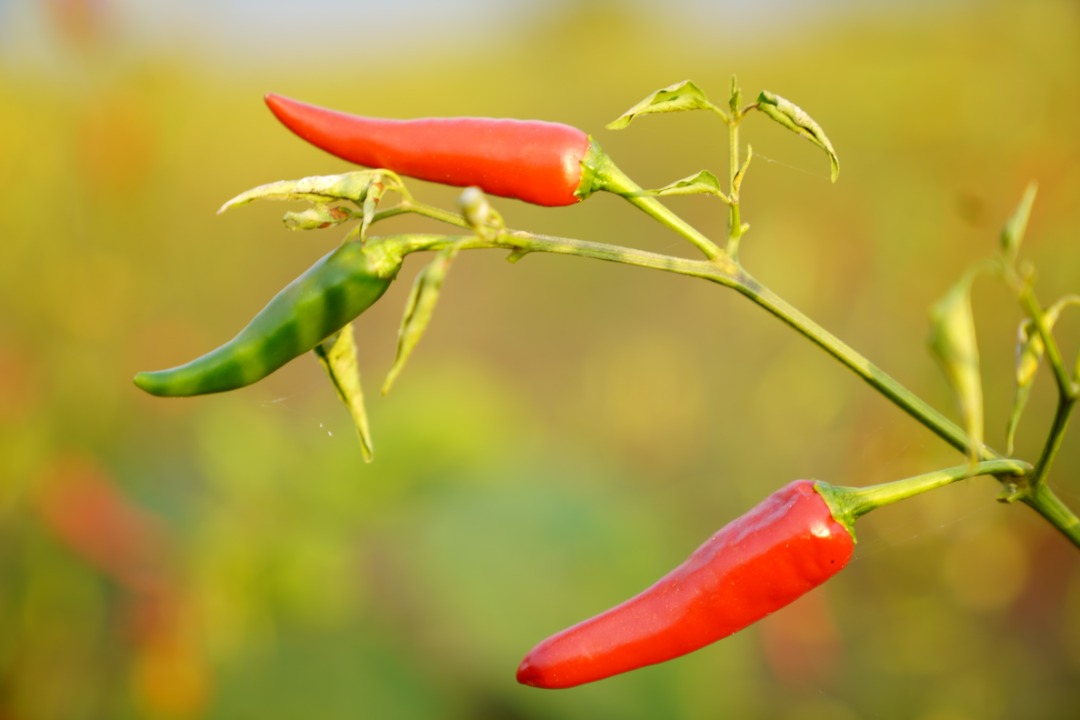 With this income, Murindwa supplies markets in India selling each kilo at $1.4 (Rwf1,400) and getting free seeds from buyers (Grift India) and with this he says that he cannot seek a government job.

“Many ask me to work for them permanently as a lawyer, but I turn them down because this is the most relaxing job, where you do a temporary side job, return to monitor farm progress and earn big,” Murindwa said.

Murindwa, who is married with four children, advises young Rwandans to enter the pepper farming by using available opportunities especially idle land alongside water bodies but also invest in understanding the crop market before starting to farm.

Daring in Agriculture was also Pelagie Kabano, 40, who started as an onion farmer but ended as a successful red pepper farmer. 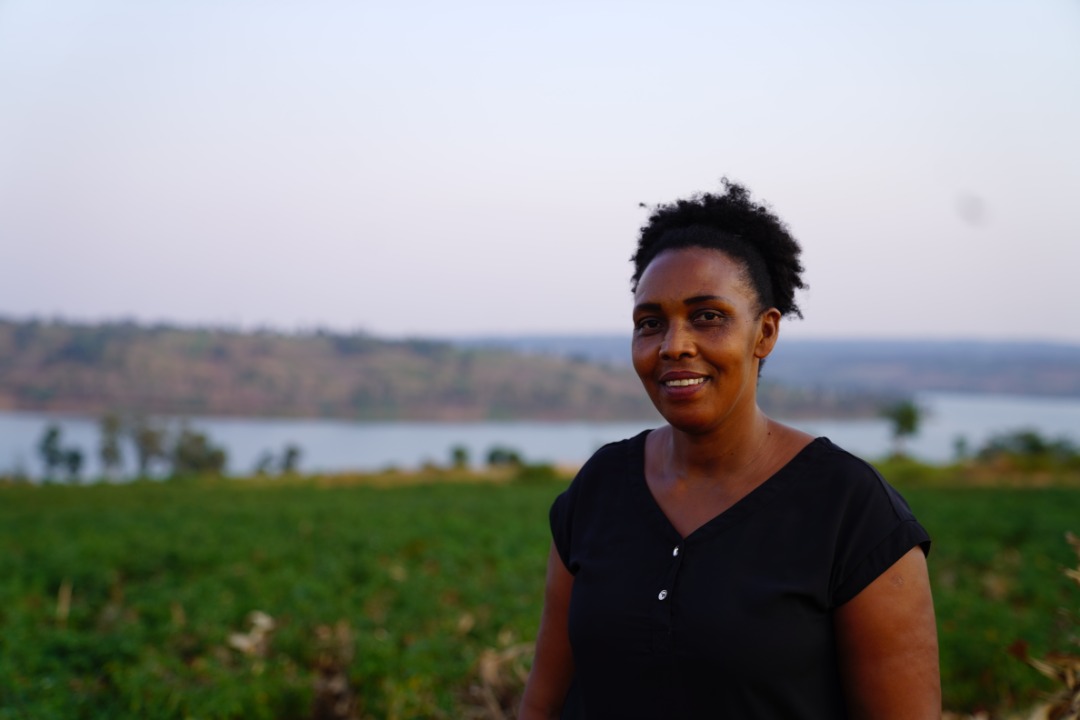 She got a deal to supply red pepper in India, and quickly invested Rwf5million in a 2 hectares farm along Lake Kidogo and continued doing other businesses leaving her farm to an agronomist.

“I didn’t give up but learnt a big lesson. To never abandon a project to someone else or give it less time,” Kabano said. 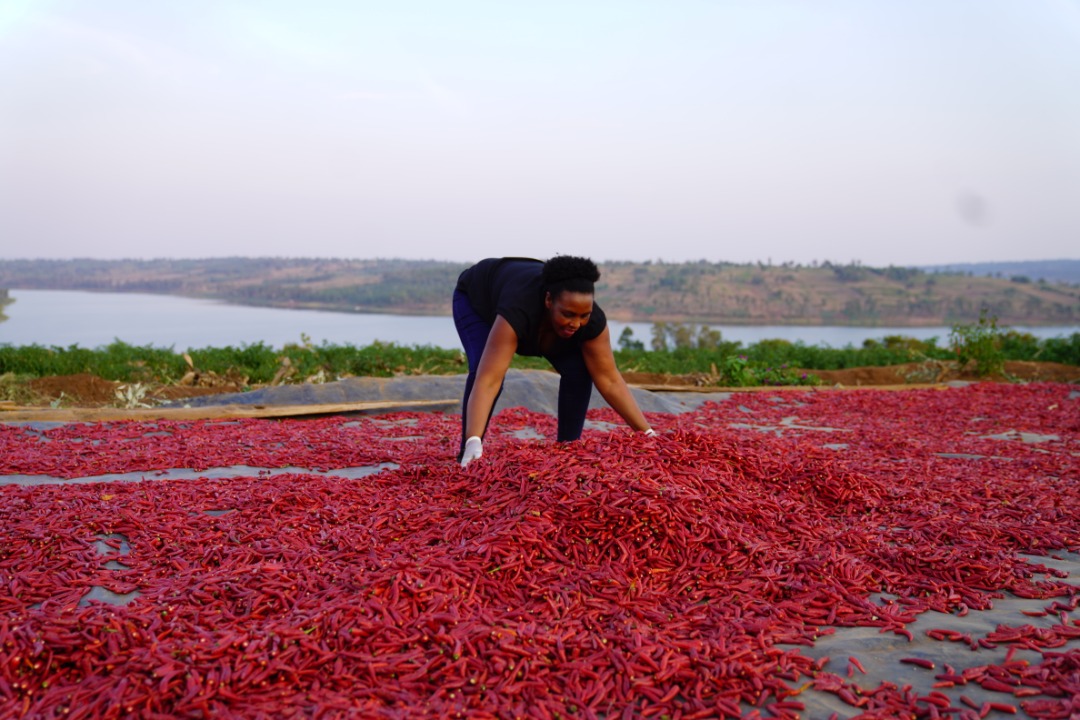 She tried again by expanding the project, and thus applied for government funding through Price project getting a grant and loan of Rwf17million which she used to expand on land to 8ha.

Kabano resumed planting in January and expects to harvest this July between 15 to 18tons for export to India at $1.2 (Rwf1200) per kilogram but like Murindwa, she says the pepper market is too big that they cannot meet the demand. 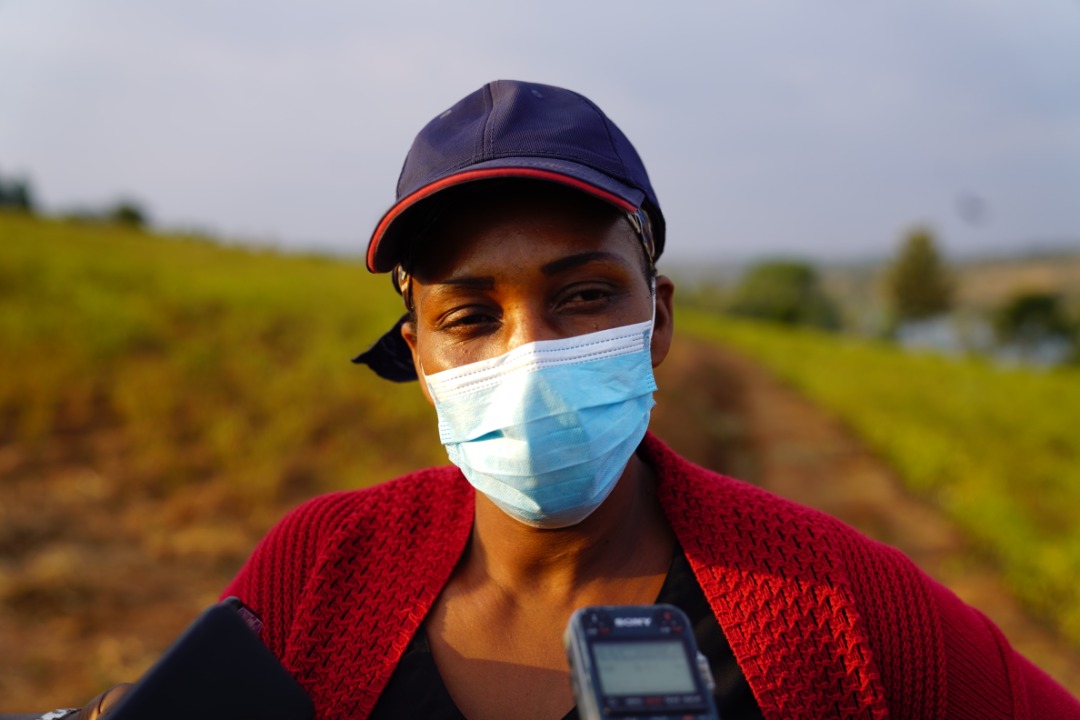 RIB, RMC Weigh in on Barafinda, Urge ‘Youtubers’ to Give Him Time to Heal