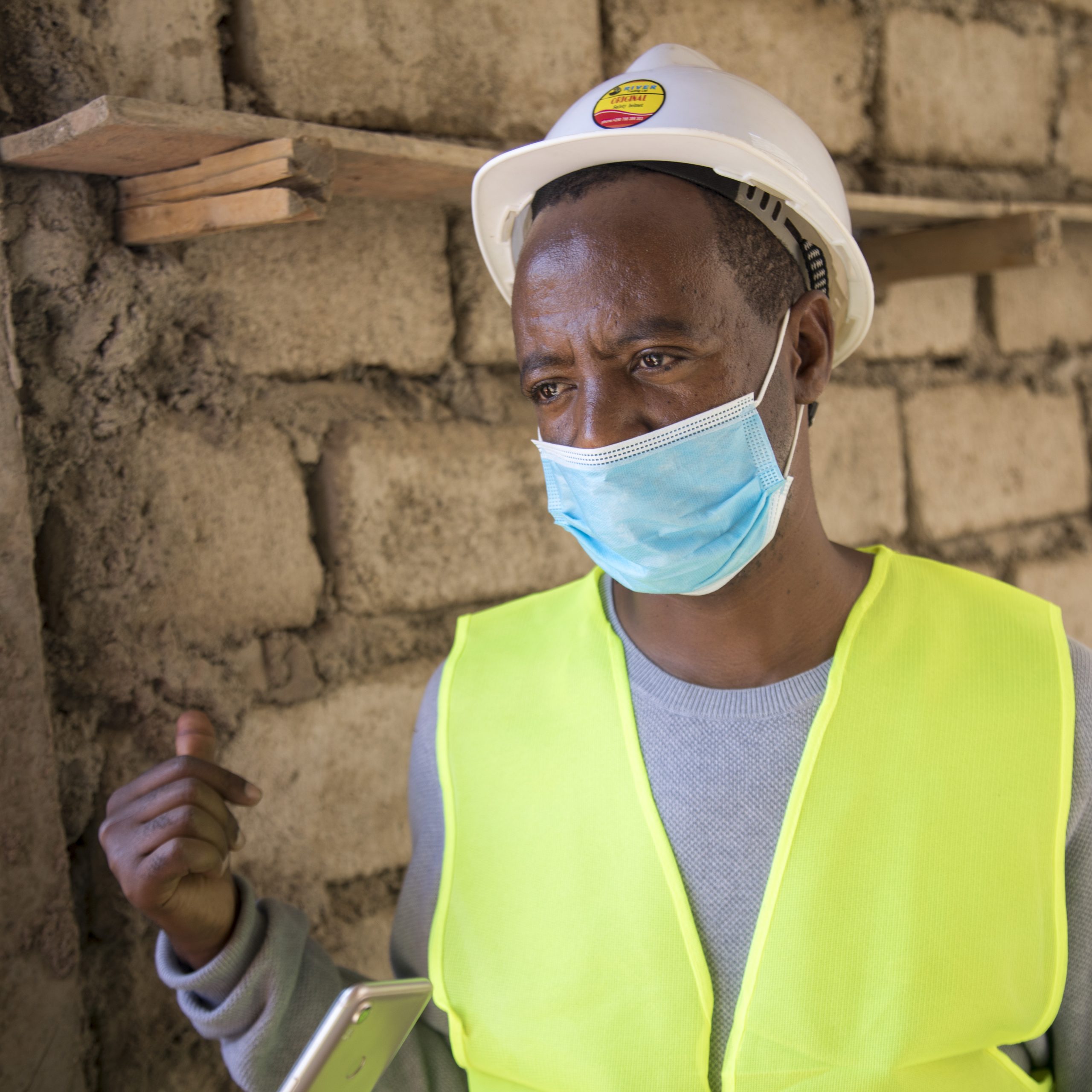 In 2006, he tried to join the army in Uganda but he failed, he had earlier on tried cattle business and failed. He tried to venture into mining and agriculture and also yielded no result. This is the story of James Ngarambe, an Engineer and young Entrepreneur, who gathers strength to pursue his dream whenever hardships knock on his door.

He believes that one day, he will feature on the list of the famous Forbes’ Magazine of the wealthiest people in the world, joining the likes of Nigerian Aliko Dangote, Africa’s richest man.

His dream is far bigger than his father who is a Pastor and church elder, who comes from a strong leanage of Christians. Ngarambe was born in a family of Rwandan refugees in Uganda in 1985, during a very difficult time, when Uganda was experiencing the bush war that brought the current Ugandan government of National Resistance Movement into power.

“The story I have from my mom is that we were somewhere in the forest during the war. In her last month, there was a bomb blast, she went into labor and gave birth to me,” said the fourth child in a family of ten Children-Six boys and four girls.

“I come from a family of born again Christians; my father is a Pastor and  church elder, my family from both my father and my mother were Christians to the third generation.

Ngarambe said that this background was a good start for him because it gave him hope that everything was possible.

“Besides being born in a poor family, I have always had faith, that one day I will become one of the top business people in the world.”

Ngarambe’s business dream started with something he had always seen his father do to earn a living as a cattle trader.

“In this business, you go to one market, buy cows and sell them to another market for profit. My father’s faith in God impacted my life and I said; “If he can make it, then I can also make it,” says Ngarambe in reference to his motivation to go into business.

“The difference between me and my father is that I believed in global competitiveness. I had a global dream and I still have one, for him he had only a local reach. As a young entrepreneur, I believe the Dangotes, The Bill Gates of today, every successful businessman has got a story to tell.”

There was a lot in this business where Ngarambe could buy between ten and twenty cows and walk them 270 kilometers to the following market, a journey that would take three days and three nights. 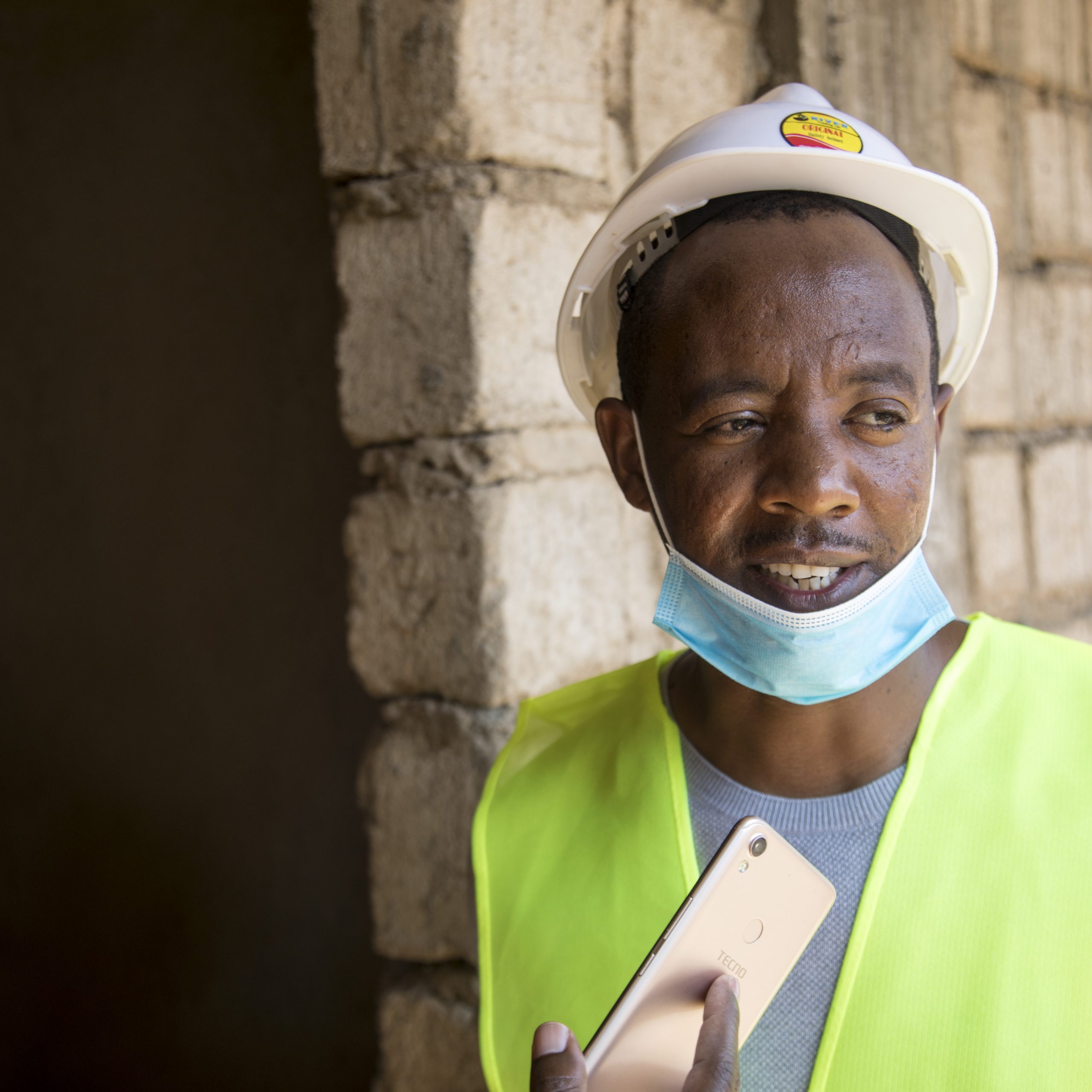 James Ngarambe at his one of the construction site

However, one scenario marked Ngarambe the most, and he believes, it will push him further in his professional ambitions.

“I remember there is one day, I bought ten cows from Luwero-Ngoma, taking them to Wabusana-Kamira. I had given money to some guy to help me to trade the cows. So, we moved the first day, second day and we reached somewhere at night like at 2am. Cows were tired and we were also extremely tired. So, we slept,” Ngarambe recalls.

“We woke up after 30 minutes and found the cows had disappeared. We followed them at night, there was total darkness till morning. Cows by nature, they never get lost. Cows can move 500 kilometers, going back to the original place where they came from. They can never get lost.”

After failing to get the cows, Ngarambe and his colleague returned home with mixed feelings and one week later, he re-embarked on the search.

“I took a bicycle and luckily, I found them to the same person where I had bought them. He said “Oh! Sorry, I saw the cows coming back, and thought that something wrong happened. So, he gave me my cows, much as we did not have an agreement,” Ngarambe recalls.

“Traditionally, in cattle keeping background, when you buy a cow from the owner, you don’t need any written agreement. It’s a trust set up.” 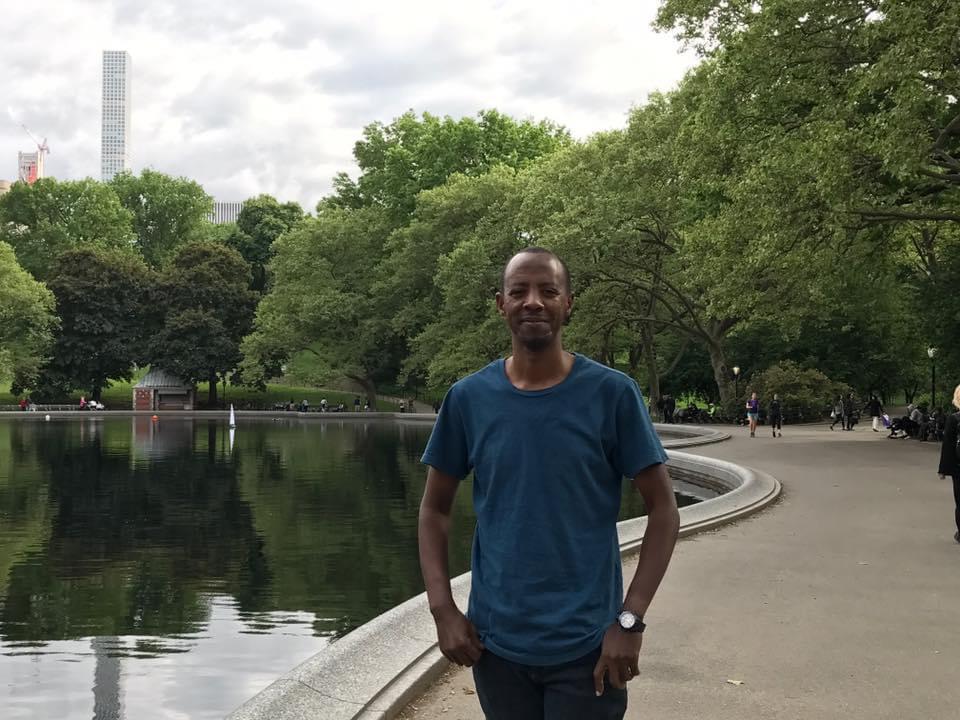 This was Ngarambe’s first business experience.

Hunt for DRC Gold and the ‘dear’ thieves

In 1999, during the DRC-Kisangani war, said Ngarambe, I was a very stubborn boy and someone told me that in Congo, there was a hot gold business.

“I told my father: dad give me money I want to go to Congo to do gold business. I had not been in Congo, had no idea where to get gold, and I didn’t know anything about the risks that would be involved.”

“With his business experience, my father told me “my son, do not dream that. If you have that concept of going to Congo at this age, you will lose your life.”

Ngarambe believed, the mining business would bring him a different experience and would bring an end to the monotonous cattle trade, but his father stopped him and he obeyed.

“From that time, my father told me to go back to school in Senior 1, but I jumped to Senior 2 because I was stubborn,” he said. 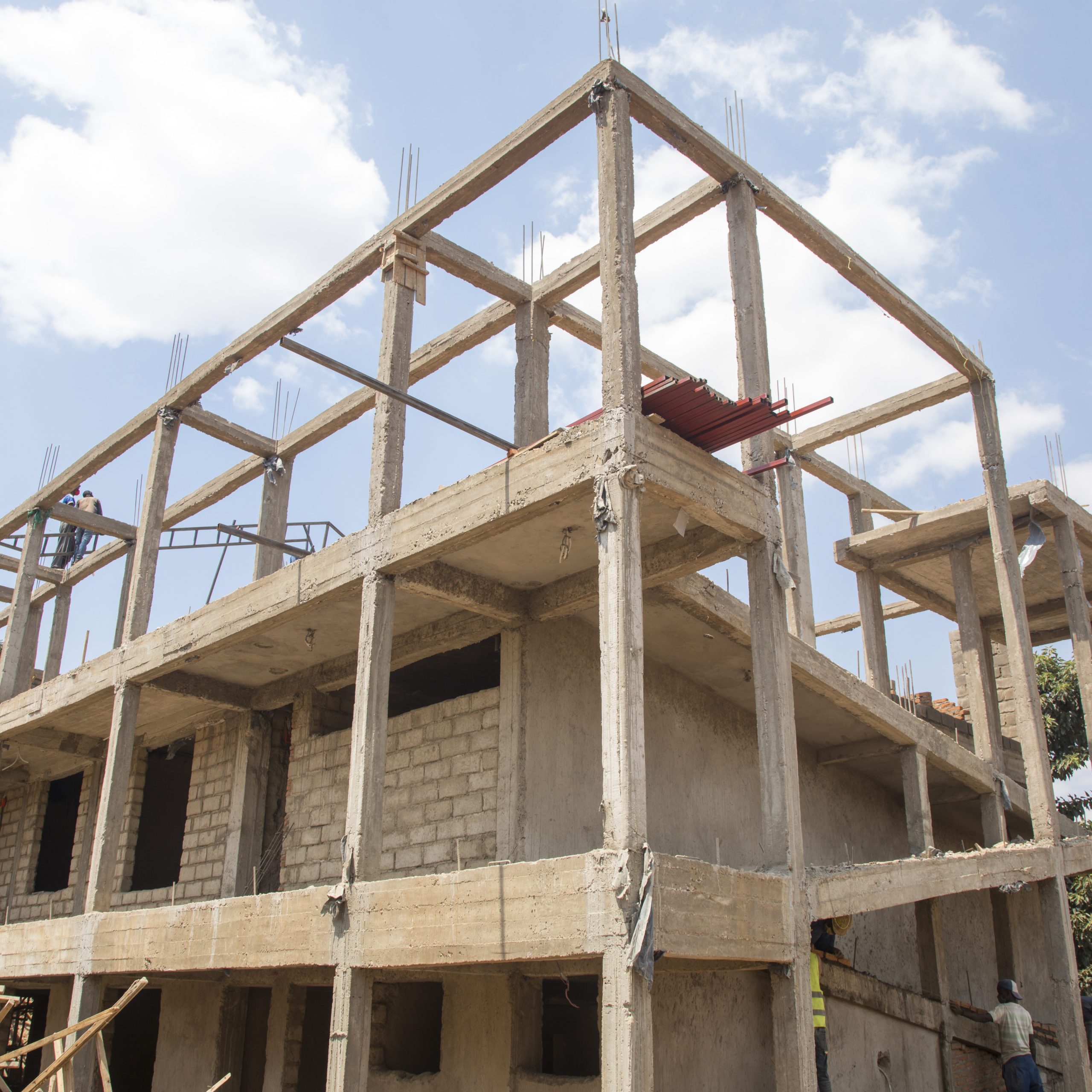 Ngarambe would study until Senior four where he dropped out again to return to cattle trading because the father was not able to raise his school fees.

It is not that Ngarambe had never made a profit that would allow him to pay for himself, but he said his financial literacy meant that money can only be reinvested into assets.

“For any profit, I would get, I would buy land and cows, leaving no money with me,” he said.

One day, thieves surprised him before he would spend it on cows; they stole 5.6 Million Ugandan Shillings.

“We would not put money in the bank, but move with it day and night because you don’t know where you could get cows. There was nothing like paying a check, bank transfer, or ATM. 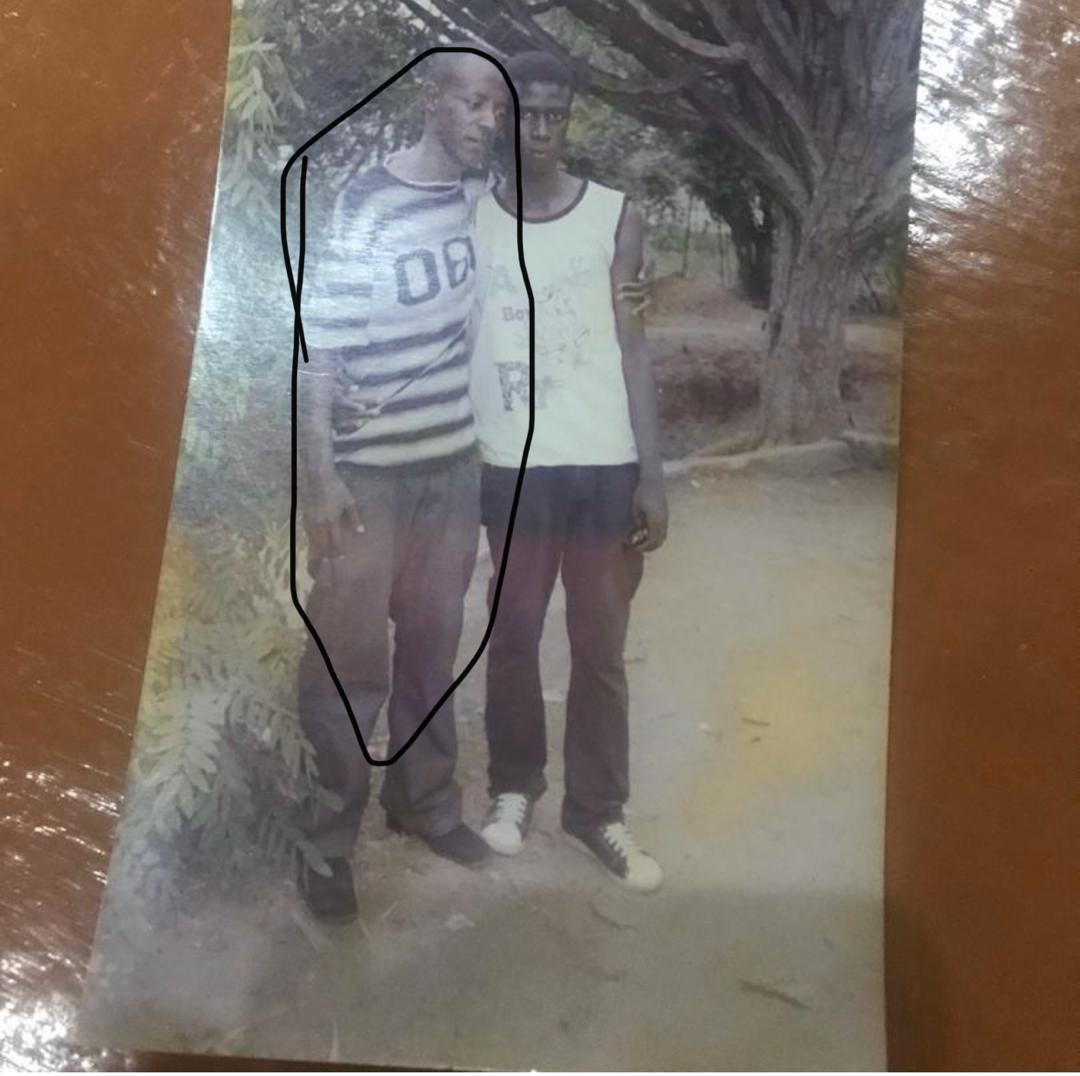 His father then had a good opportunity to convince Ngarambe that he was left with nothing, if not going to school. He recalls that part of what he has become today is because of his parents as good mentors.

From losing his money to thieves, Ngarambe did not have a choice, but to go to school in Senior five and six. He did them without interruption until he sat the national exams in high school.

During the period other students wait to see the national exam results, Ngarambe could not wait because, apparently, he used to breathe business.

“My thinking was that if I go in the army, I would use my business dream to change a country-unfortunately or fortunately, I was disqualified,” he said.

“When I lost the opportunity to go serve in the army, I returned home to serve my family and my father. That very year, the national exam results were out, and I had good grades that qualified me to government scholarship for Makerere University in 2007.”

Genesis and Gilgal – a Businessman and Philanthropist in the making

His passion of helping the orphans and other people came when he was in Senior four-boarding school. He experienced a case of an orphaned colleague who did not have anyone to visit him. 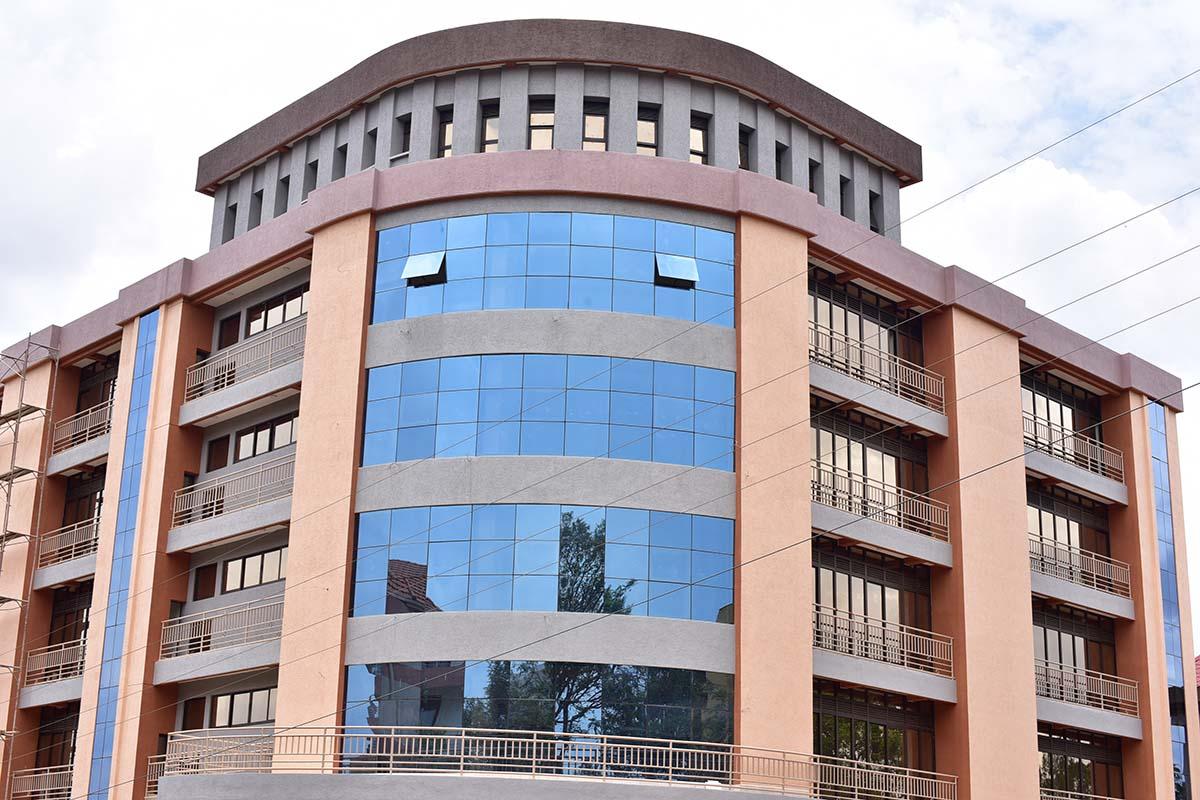 The day his parents visited him, Ngarambe shared with the colleague what they had brought and swore he would help the orphans the day God will bless him.

The name Genesis came from this vision and it’s from Genesis 12 Verse 2-3: I will make you into a great nation, I will make your name great, all people on the earth will be blessed through you.

Gilgal is in Joshua 5: 9 where God told Joshua that he had removed reproach from him.

Ngarambe fully dedicated his time to this dream after resigning from his job as the city of Kigali urban planner in 2015 where he had served for some 4.5 years.

“My success story has been always that of helping others. By the way, 70% of our profit in Genesis and Gilgal Group goes to Genesis and Gilgal Foundation. We only remain with 30% that can maintain our company and make a profit,” Ngarambe said.

James Ngarambe in his statement said that his secret of life lies in the following characters; Integrity, Helping others, Serving God, Hard work, Loving his Country and serving it, persistence and Faith.

“When I reached University of Makerere in 2007, I used my school allowance to pay school fees to the orphans. Until today we have over 120 students in Rwanda, Uganda, Malawi, China, USA where we sponsor children from different levels of Education and our dream is to help the entire world,” he said.

“We sponsor churches, we sponsor young entrepreneurs who are starting businesses…I feel so blessed when I help others to grow because I have been in that side of poverty.” 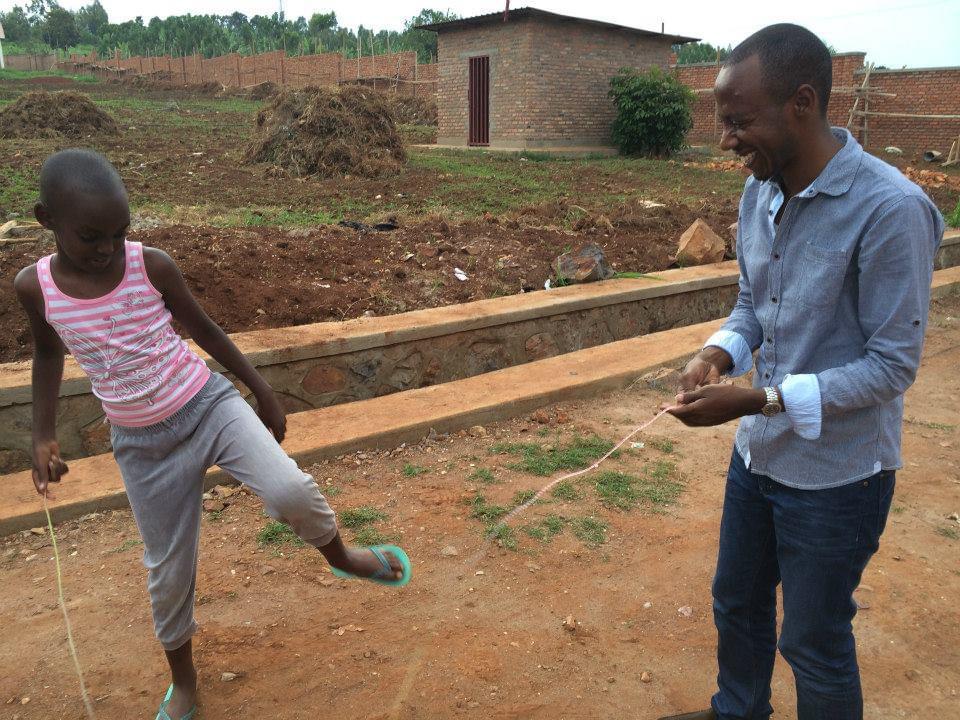 When you ask Ngarambe if he is already seeing his pockets growing, his answer will surprise you.

In any case, he is confident that his dream will come true “because God has shown me that I am not taking a step backward, I am going forward. We are now starting ventures in agriculture and real estate.”

The father of two believes that he is on a good path to become the next Dangote or any billionaire from the list of Forbes Magazine.

“Slowly by slowly I will get there,” he said.