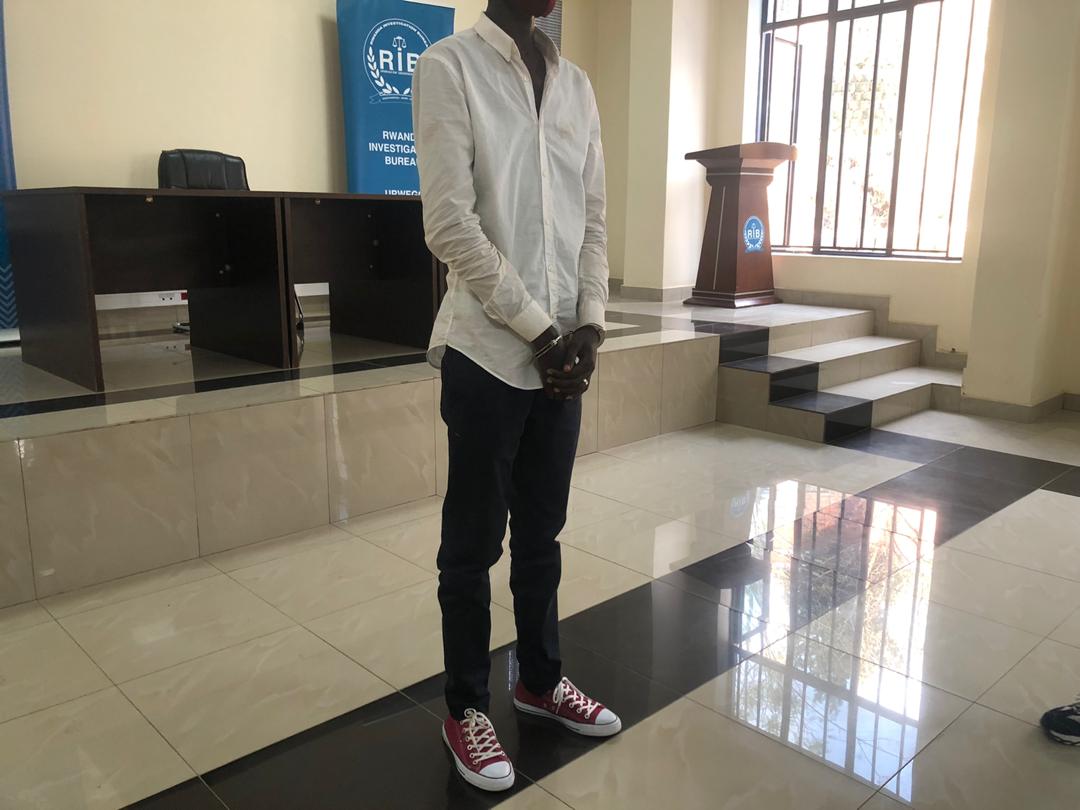 Celestin Bizimana, 34, is accused of trafficking girls for sexual exploitation.

A 34-year old man suspected of engaging in a number of criminal activities, including trafficking girls for sexual exploitation and fraud was on Monday presented before the media by Rwanda Investigation Bureau (RIB).

Celestin Bizimana, who said he is a taxi driver, is accused of creating a ‘cartel’ which identified ‘high class girls’ who he linked to clients, who would pay him $300 and he would give the girls just $100.

According to Dr. Thierry Murangira, the Acting Spokesperson, Bizimana was masquerading as a manager of a 4-star hotel located in Remera, a position he would use to convince other people to identify for him high class girls who he would link to clients and they also get their commission.

“The girls must be high class and well-shaped. The clients prefer those. She will get paid there and then, you get your commission, I get mine too. That is a good deal,” Bizimana said in one of the phone calls RIB tracked after being tipped off.

RIB was informed through Twitter on August 4 that the individual was involved in trafficking girls for sexual exploitation, which prompted the investigative body to follow up on his activities using technological tools, until he was nabbed on August 8.

“We suspect him of profiting from others through sexual exploitation, an offense which is punished by article 4 of law nº 51/2018 of 13/08/2018 relating to the prevention, suppression and punishment of trafficking in persons and exploitation of others,”

“This crime is punished by a sentence of not less than 3 years and not more than 5 years and a fine of between Rwf4m and Rwf5m. He is also accused of engaging in fraudulent activities by stealing and using people’s identities to register sim cards, which he uses to con people out of their money,” Dr Murangira told journalists. 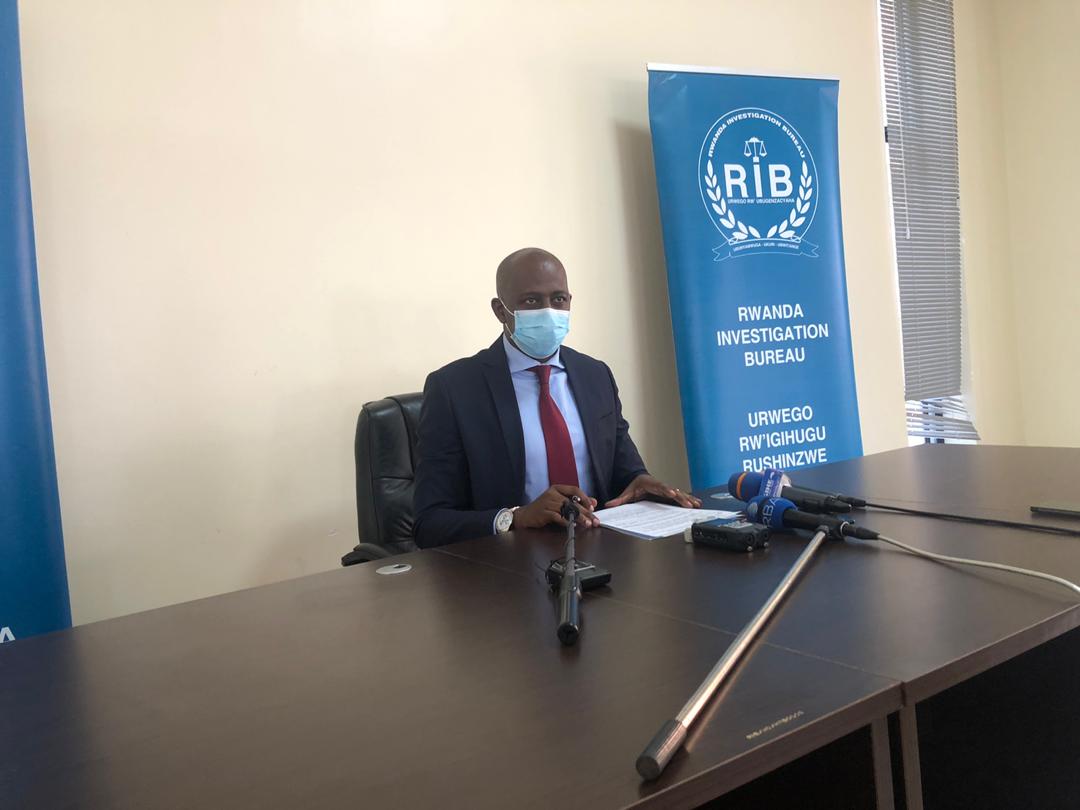 Preliminary investigation by RIB revealed that Bizimana was stealing people’s National IDs to register different simcards to use in his schemes.

According to Murangira, he was arrested with 10 simcards, one of which he recently used to solicit for beautiful high-class girls to connect to his clients.

According to RIB, another method he used was to call unsuspecting individuals who he promised jobs in big hotels but he would first ask for money, promising to get them on the list in return.

He would tell these people that they will be paid Rwf150,000 a month but in order to secure the job, they need to send Rwf45,000 for their files to be considered since there are many applicants,” Dr Murangira said, urging the public to be cautious of people who come up with such promises.

While speaking to the media, Bizimana denied the charges, pointing out that the said girls were just his contacts, who he talked to from time to time, sometimes helping them out with money or any other service they needed.

He however admitted that he linked a girl to a certain man in a popular bar in Remera but he does not know what happened thereafter.

“The man found us at the bar and requested me to link him to the girl, which I did. He did not pay me, he only bought me drinks and then we parted ways. I don’t know what happened after. I heard that they continued together but it was based on their own understanding,” Bizimana said.

However, Dr Murangira said that upon arrest, it was found that last year he was arrested for similar offences. It is not clear how he got off the hook.

Pinned on the contacts he had with the said girls, Bizimana said that they were just close friends he knew from high school and nothing beyond that. He said that there is a girl he loaned money and she paid back but also at some point he helped one of the girls to apply for a job.

“I am just a taxi driver and a family man. I just happen to know these people,” Bizimana said, adding that him having contact with the said girls does not make him liable for their actions.

RIB however said that investigations which were assisted by technology showed that Bizimana had built a circle to identify and connect him with the girls, who he trafficked and connected to clients for sexual exploitation.

“We want to thank the public for tipping us off when such criminal acts are happening in society,” Murangira said, pointing out that cases of sexual exploitation have been increasing in recent months and the investigative body is determined to bust the rings of individuals behind these criminal acts.

RIB commended all Rwandans for their continued cooperation in sharing information for crime prevention and urged people, especially the youth, to refrain from falling employment scams which might lead to sexual exploitation or other criminal activities.

RIB further reminded Rwandans to safeguard their identification documents and regularly check simcards registered under their names so that they don’t become criminally liable.