Man Awarded with A Cow for Saving Black-fronted Duiker 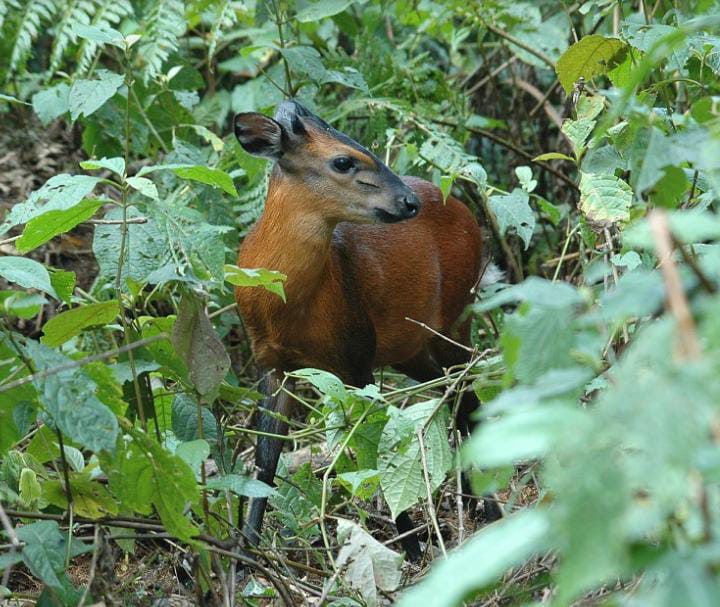 Black-fronted Duiker which survived the slaughter

In the Rwandan tradition, it was prohibited to kill or injure wild animals seeking safety in people’s homes. Such animals were thought to bring blessings. This tradition has been kept at heart by many including Innocent Nzamuturimana who has been awarded a cow after he sheltered an antelope.

Nzamuturimana, 26 years old a resident of the Buruhukuro sector, Nyamagabe district in the southern province was awarded a cow by Biocoor, a local conservation organization on Thursday, 24th September 2020.

At noon on 5th May 2020, an antelope came at Nzamuturimana’s home and found him seated in the courtyard,   Nzamuturimana sheltered it and started feeding it on grass, waiting for the Rwanda development board(RDB) conservationists to re-integrate it into its natural habitat in th adjacent  Nyungwe forest national park. 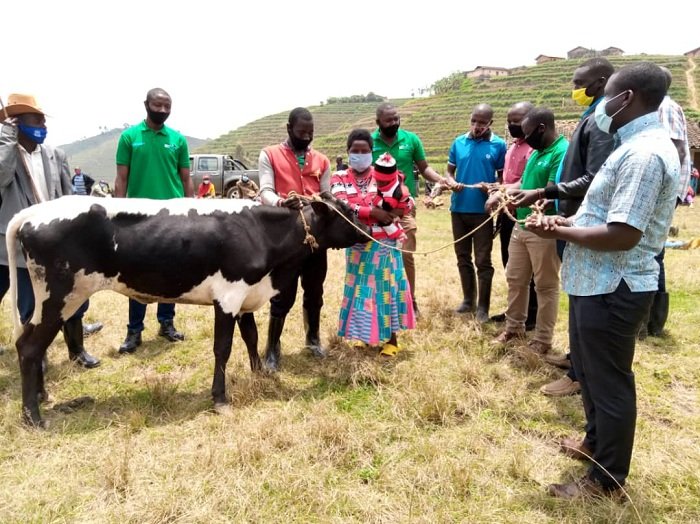 After informing RDB officials knew the antelope whereabouts, Nzamuturimana was awarded a cow as an appreciation for supporting conservation efforts. In some scenarios, the animal would have been slaughtered for food.

“Campaigns to protect wild animals have been over the radios. I am aware that they are a source of country’s income. When an antelope came at my home, I had to do all it takes to make sure that it goes back to its natural habitat safely,” Nzamuturimana said.

“Now that I have got a cow, I am encouraging other people neighboring Nyungwe forest to protect animals because it is for our benefit.”

At the event of handing over the cow to Nzamuturimana, Bonaventure Uwamahoro, mayor of Nyamagabe district advised other residents neighboring Nyungwe forest to always aim at good actions. 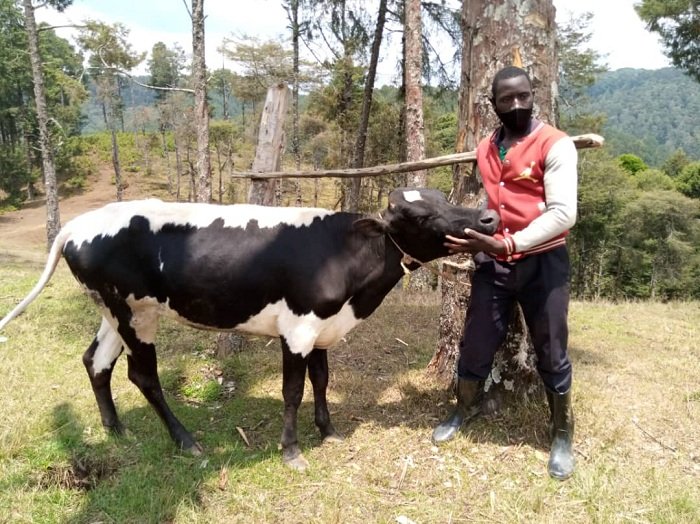 Ange Imanishimwe, the director of Biocoor said that awarding Nzamuturimana is a sign that shows that protecting forests and animals is part of the efforts to protect the environment.

“Human beings are part of nature, protecting nature including animals is a good decision,” Imanishimwe said.