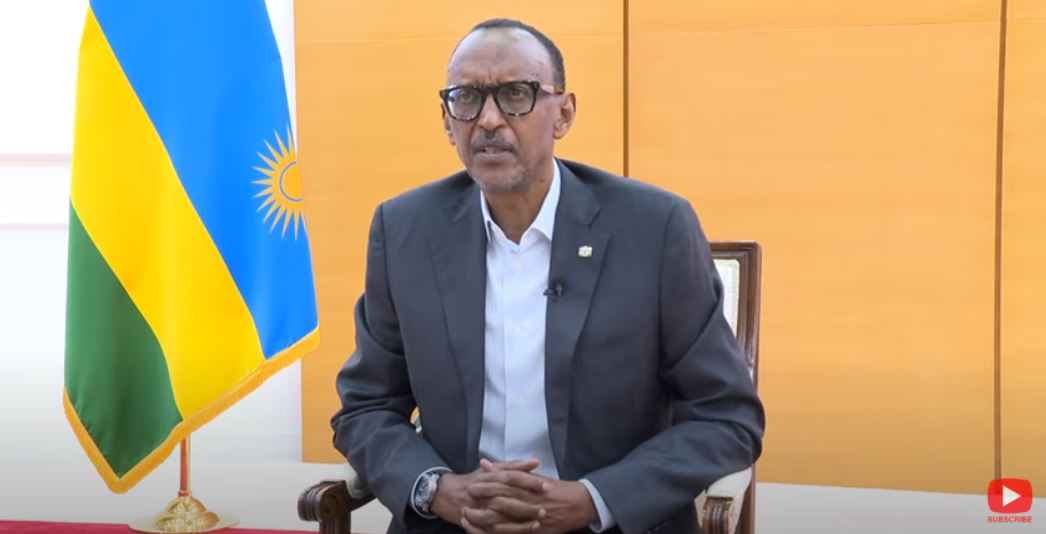 President Kagame addressed the commencement of the Judicial Year virtually due to the COVID-19 outbreak.

President Paul Kagame on Monday commended the country’s Judiciary for continuing to deliver justice during the New Coronavirus pandemic, pointing out that courts should continue doing even more using the existing means of technology to meet the expectations of Rwandans.

The Head of State made the remarks while officially launching the 2020/21 Judicial Year on Monday September 7, which was done virtually for the first time due to the measures against COVID-19.

In his speech, President Kagame said the capacity of the Rwandan justice sector has been strengthened over the last 26 years but particularly commended the judiciary for its continued service to Rwandans during the pandemic, following the introduction of virtual court sessions.

“The COVID-19 pandemic did not halt the work of judicial institutions. They continued to deliver using technology. This is the path we have always wanted to take, what COVID-19 did was to expedite this process,”

“We are glad that the courts continued to operate and trials were held, which goes to show the importance of technology in what we do. What we need to do next is to ensure that this is integrated in how we do things so that justice continues to be delivered effectively and in a transparent way.

President Kagame said the recent introduction of the court mediation advisory committee, is a welcome development and will go a long way in reducing the backlog of cases in courts as more Rwandans embrace the idea of resolving disputes through mediation rather than going to court. 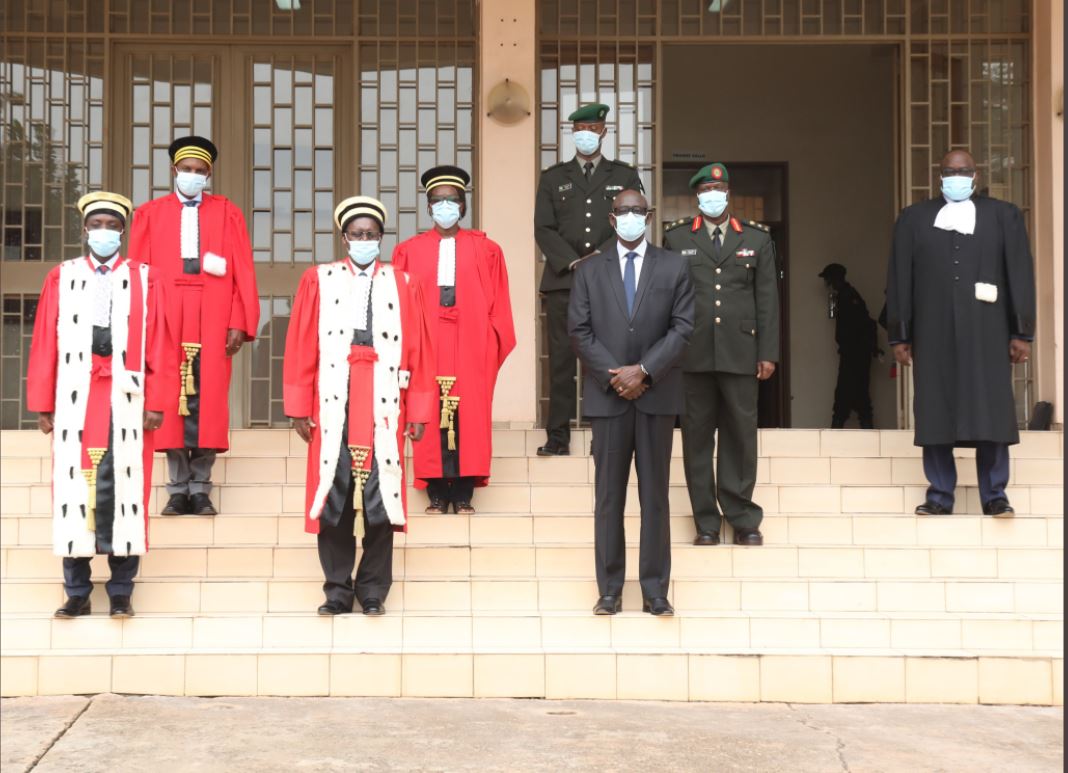 The Minister of Justice and Attorney General, the Chief Justice, the Prosecutor General & heads of Judicial Institutions pose for a group photo.

The mediation advisory committee is an alternative dispute resolution mechanism which the government introduced as a means of handling cases that would otherwise end up in court through mediation. The former Chief Justice Prof. Sam Rugege was appointed the head of the mechanism.

“Our hope is that the mediation mechanism will help us deal with some of the cases that would otherwise end up in court, leading to a backlog in cases. This is yet another of our home-grown solutions that we believe will help us address the challenge we face as a country,” President Kagame said.

President Kagame said that in general Rwanda’s judiciary has grown by leaps and bounds but most importantly there is a need to sustain the momentum and consolidate the institutions so that they continue to serve Rwandans to their expectations.

Giving a historical background of the country, he pointed out that Rwanda will not stop its quest to apprehend those who commit crimes in the country, whether in the past on in recent years, in order to make them face the law, reminding Judges that it is their responsibility to try these individuals and that they should have the capacity to do so.

He further said that Rwandans expect members of the Judiciary to be people of integrity who are exemplary to others, hence they are expected to fight corruption instead of being the corrupt ones.

The Chief Justice Dr. Faustin Nteziryayo, said that the High Council of Judiciary has taken a tough stance against corruption and other forms of misconduct that undermine the Justice Sector, pointing out that some judges and service members have been brought before courts of law to answer corruption charges, some have been convicted.

“The Judiciary has stepped up its efforts to strengthen the capacity of judges as well as other professionals and judicial staff, so that we can fulfil better our responsibilities,” he said, pointing out that efforts to make the institutions more efficient in terms of service delivery have been intensified. 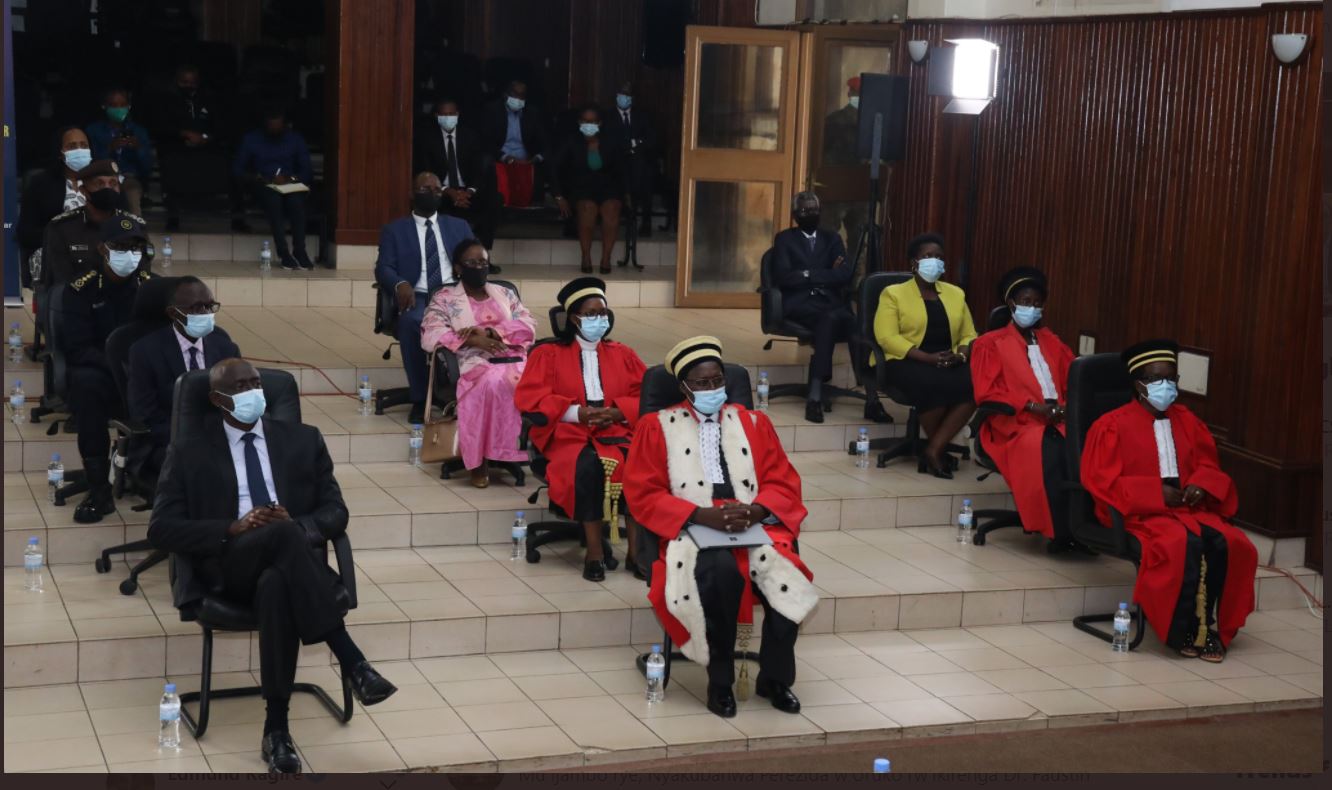 Dr. Nteziryayo attributed the backlog to COVID-19, which saw majority of the cases shelved while focus was put on important ones.

During the concluded Judicial year, from March 16 to May 31, the number of technology-filed cases reached 14,675 while more than 2,000 cases were heard digitally.

The Prosecutor General Aimable Havugiyaremye, said that the National Public Prosecution Authority completed 99.4% of the files for all the cases received, while more effort was put into winning the case. He said in the past concluded year they won 93% of the cases.

PG Habiyaremye also pointed out that the number of files received increased by 8,515 to 53,959, reflecting an increase of 19%. He said one of the key achievements was moving the criminal record services to Irembo portal, which eased the work of the Prosecution.

I Haven’t Earned any Profit from Seka Live – Arthur