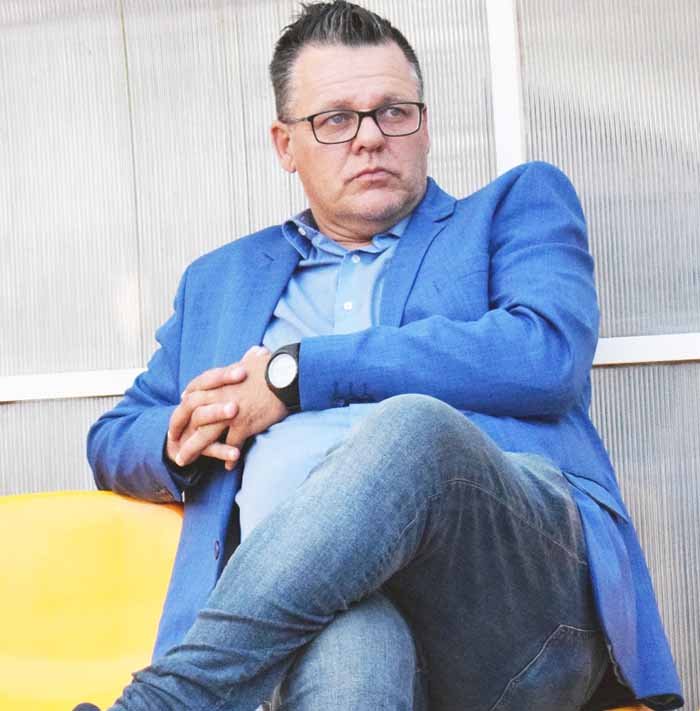 Former Rayon Sports coach Ivan Jacky Minaert has expressed disappointment at the decision of the Rwanda Football Federation (FERWAFA) regarding his financial disputes with the club.

On Monday, Ferwafa announced it was banning Rayon Sports from signing new players until they settle their dues to Ivan Jacky Minaert,who is yet to receive $14,000 in compensation following his dismissal in 2018.

But the Belgian has slammed the decision saying it only allows the club to play without any possible sanction.

In a letter addressed to FERWAFA’s General Secretary, Minaert said he was “surprised and shocked, and wondered why the team which is not following the decision taken by your different committees is unpunished,” referring to FERWAFA’s disciplinary committee ruling.

“Why are they also not sanctioned with deductions of points, or more important sanctions?” he asked.

“The sanction in the decision taken this Saturday is something unbelievable because they can still play with my money during that period and when they pay before the closing date for the licenses, they will be unpunished,”

The ban means that the club will not be able to make signings nor register the players they have signed this summer, until they have settled all dues to their former employee.

Players being released by the club will not be affected by the ban.

Rayon Sports have reacted to the transfer ban by sending a letter to FERWAFA requesting a suspension of the ban, in the hope that the punishment will be delayed for a further two years. 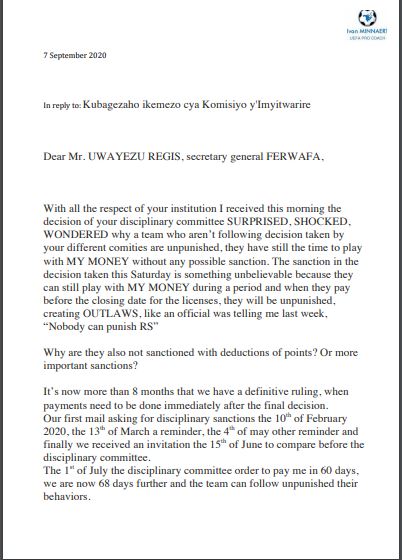 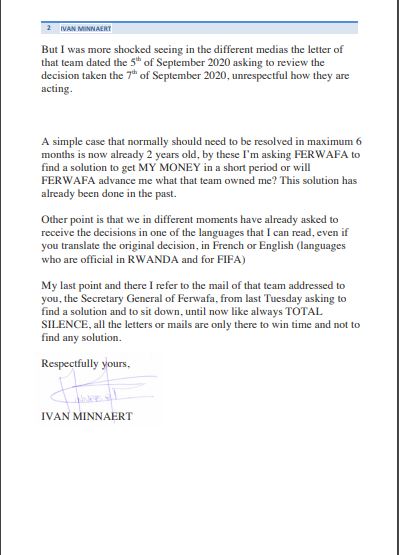 Active Crew Singer Derek Could Be Starting A New Group