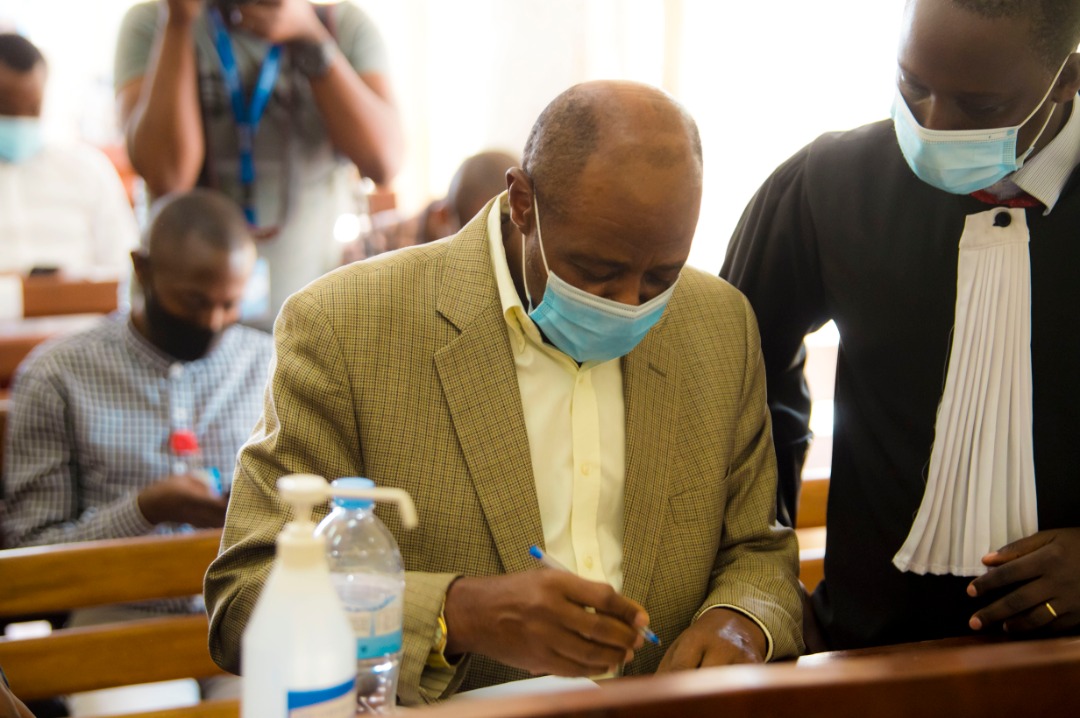 Hotel Rwanda ‘hero’ Paul Rusesabagina on Monday said that he regrets the attacks that claimed lives of innocent Rwandans in the south western part of the country, pointing out that he seeks forgiveness from those affected.

The 66-year old, who faces 13 charges including terrorism, conspiracy to create an illegal armed group and murder, among others, preferred not to plead guilty or not, on the charges during the pre-trial hearing at Kicukiro Primary Court, stating that he would prefer to explain himself on each charge when the trial goes into substance.

Court resumed the hearing in the afternoon after Judges ruled that Kicukiro Primary Court has the jurisdiction to try the pre-trial hearing of Rusesabagina since he was arrested in the territory the court has jurisdiction over, which is Kicukiro district.

Rusesabagina’s lawyers had raised several obstacles, including challenging the competence of the court but they were all overruled, allowing the pretrial hearing to continue.

Flanked by his lawyers, David Rugaza and Emeline Nyembo, Rusesabagina carefully listened as Prosecutors detailed the charges, dating back to 2009, when he allegedly financed former members of the Democratic Forces for the Liberation of Rwanda (FDLR), with an aim of starting armed groups to fight the Government of Rwanda.

Prosecution stated important reasons as to why Rusesabagina should not be granted bail. Prosecutors said that his activities to wage war against the Government of Rwanda started way back in 2009, when he was the head of PDR Ihumure, where he was facilitating members of FDLR, through a one Col. Noel Habiyaremye.

Court heard that Rusesabagina later worked with Gen. Wilson Irategeka, the leader of the FDLR breakaway faction, the National Council for the Democratic Renewal (CNRD), with the main purpose of forming armed organisations to wage war against the Government of Rwanda. 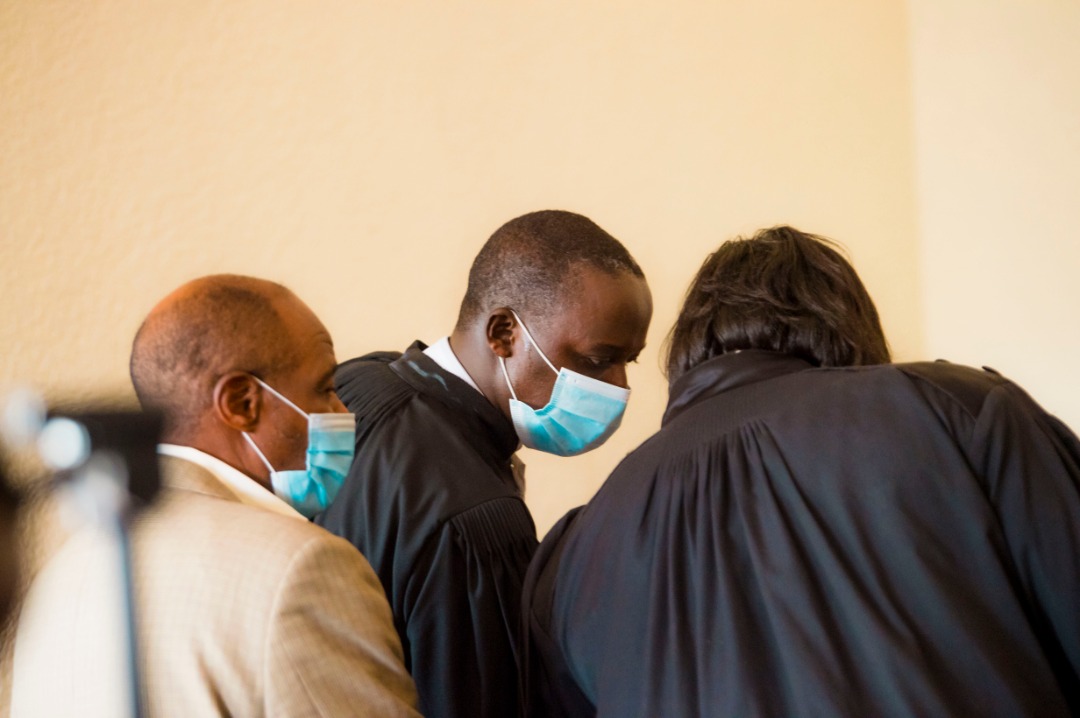 Prosecutors dwelled more on the activities of National Liberation Front (NLF), the armed wing of Rusesabagina’s Rwandan Movement for Democratic Change (MRCD) coalition, highlighting the attacks carried out on Rwandan territory between 2018 and 2019, mentioning how the attacks left scores dead and many injured while homes were ransacked.

Prosecutors said they have letters detailing Rusesabagina’s activities, including some given to Rwanda by Belgian authorities, as well as chats involving Rusesabagina and others who were plotting to overthrow the Government of Rwanda, as well as money transfer evidence.

Prosecutors further mentioned money transfer details to support armed groups, including money sent by Mukangamije Tatiana, Rusesabagina’s wife, amounting to $970, in 2019, to Nsabimana Callixte, the NLF Spokesperson, who was in Comoros at the time, which was part of the support.

In more revealing details, Prosecutors said Belgian Police shared many documents with Rwanda, detailing different fundraising and money transfer activities led by Paul Rusesabagina and his people, involving hundreds of thousands of euros and dollars, which were aimed at sustaining NLF operations.

Among other things, Prosecutors say they have detailed testimonies of survivors of the attacks by NLF in the southwestern part of Rwanda, especially in the districts of Nyaruguru and Nyamagabe, who will be witnesses in the trial, including young children who were kidnapped and forced to join the armed activities.

Prosecutors said that all these will be presented in court when the trial goes into the substantive phase. It was revealed in court that 82 children were forcefully recruited into NLF.

Prosecutors also said that they have autopsy reports of 3 people who were killed in the attacks between June and December 2018, in Nyabimata Sector, Nyaruguru district and those of 6 people killed in NLF attacks in Cyitabi Sector, Nyamagabe district, all of which will be presented in court. 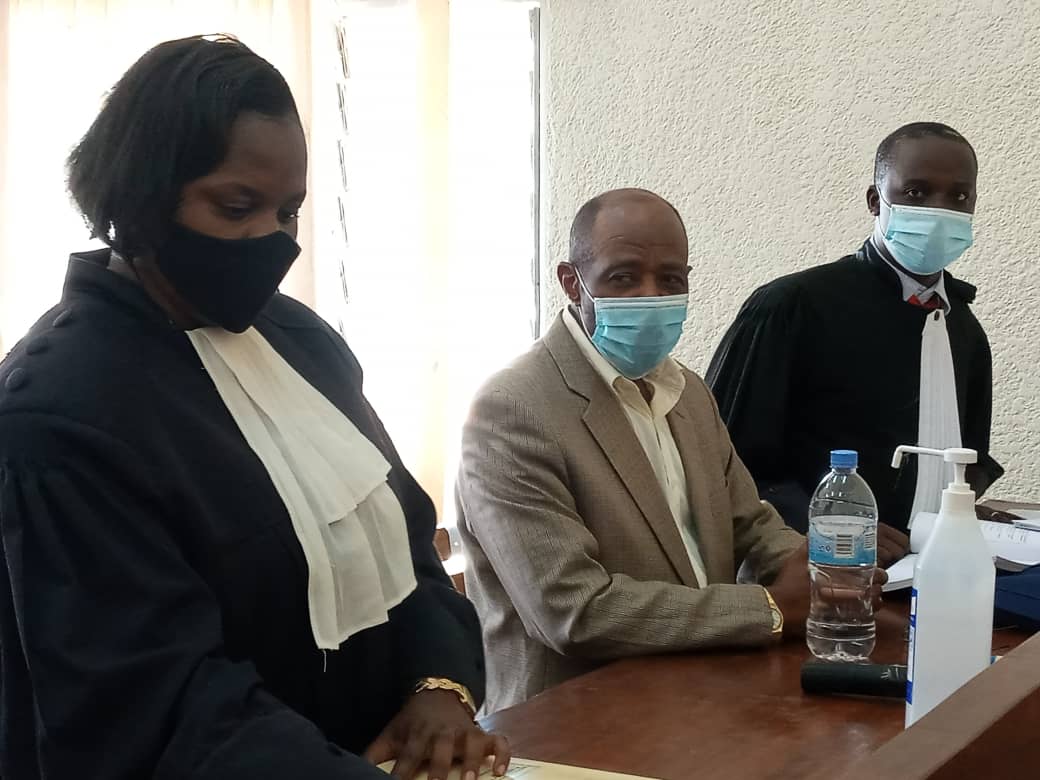 More evidence will include testimonies of parents and relatives of the people killed in the NLF attack as well as pictorial evidence of things destroyed by NLF attackers.

Upon taking the floor, Rusesabagina said that throughout his interactions with investigators and prosecution, he has been clear that if there are some bad actions that were committed by the groups he supported, leading to loss of lives, he regrets them.

“I regret these actions and I am seeking forgiveness from all Rwandans as well as the victims and all those who were affected by these actions,”

Regarding the 2009 claim by Prosecution that as President of Ihumure, he sent financial support to a one Col. Noel Habiyaremye, with the aim of starting an armed group, Rusesabagina said that at the time he wasn’t the President of PDR Ihumure.

At the time, he was the president of the Rusesabagina Hotel Rwanda Foundation and he occasionally supported Rwandan refugees financially, out of kindness, a claim which Prosecutors dismissed.

He however doesn’t deny sending the money, but by claiming that he was the President of PDR Ihumure then, Rusesabagina said that Prosecutors want to add more weight to the charge.

On sending money to CNRD’s Gen. Irategeka, Rusesabagina said it is true he sent 3000 Euros to the former but he sent it out of kindness after he pleaded to him for support.

He said that the amount sent to Gen. Irategeka of CNRD was to support him personally, in a charitable way but the money was not meant to finance the creation of an armed group or to NLF.

On the amount his wife sent to Callixte Nsabimana, he said it was also for ‘survival’ because his wife is known to Nsabimana, since her mother originated from the same place as his mother.

Rusesabagina said that when the film Hotel Rwanda came out, many Rwandan refugees looked at him as a millionaire and often reached out to him for financial support and for those he supported, he did so out of kindness, not because he was financing their armed activities. 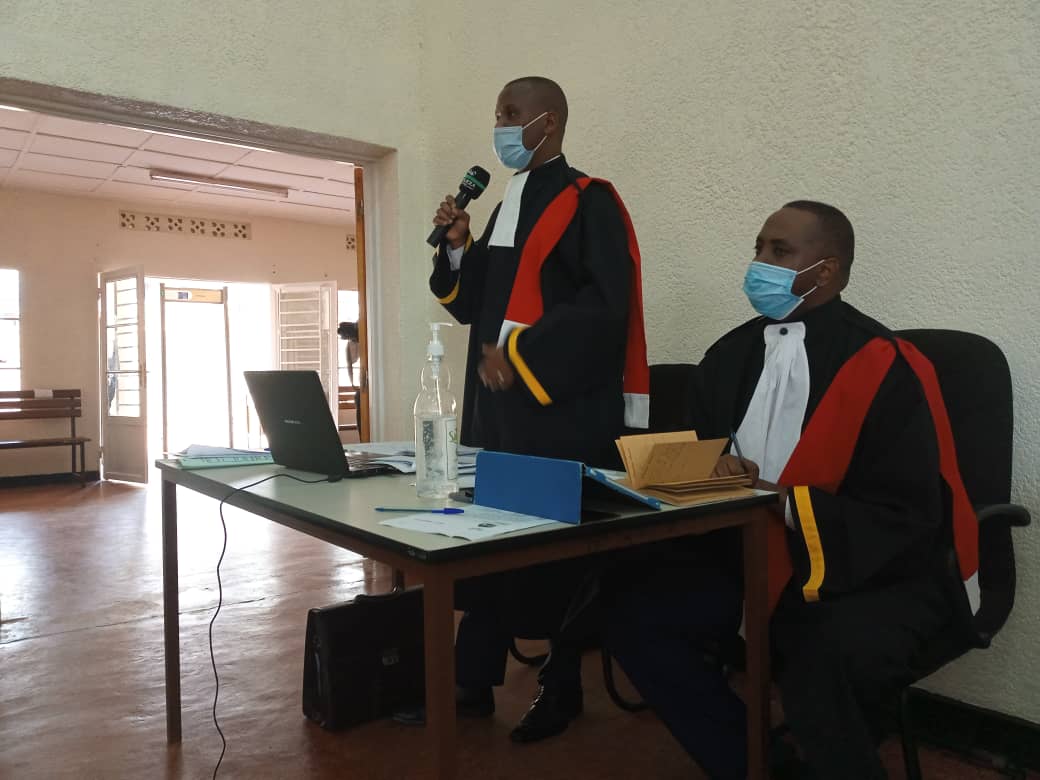 Prosecutors however punched holes in his claims, pointing out that the chats and correspondences as well as pronouncements by Rusesabagina on media and other recordings say otherwise.

On the alleged money transfers, he said it is true money from his end was sent to some individuals under NLF or other groups but out of the many names he was shown, he only recognised 2 people, a one Munyemana Eric and Marie Claire Ingabire, who were known to him but he was not the one initiating these transfers.

He said that he does not recognise the documents in possession of the Prosecution. His lawyer David Rugaza said that the documents from Belgium and those obtained from his computer or phone are not strong evidence to incriminate their client. 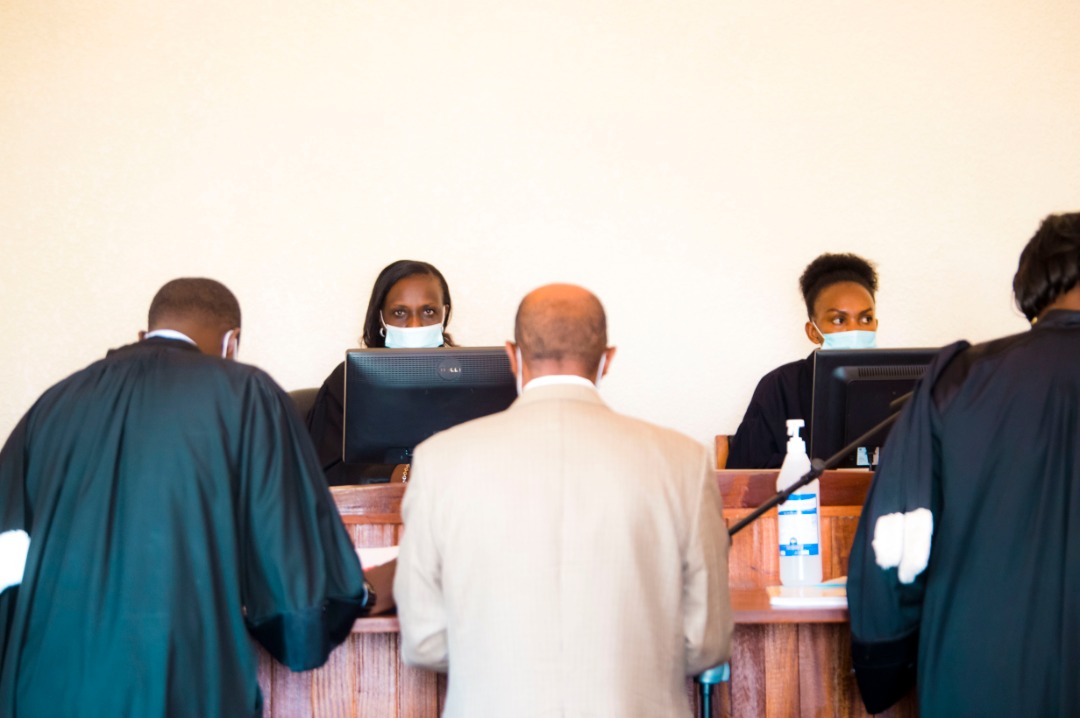 After lengthy deliberations, Prosecutors said that Rusesabagina would be a flight risk if released on bail, given the nature of charges he faces and the fact that he had eluded justice for a long time. They said he would do so again given another chance.

Rusesabagina told the court that he is not in good health and that he has been to the hospital 3 times since he arrived in Rwanda, pleading to court to consider that and release him on bail. He emphasized that he is ready to continue with the legal process.

The hearing has been adjourned to Thursday, September 17, when the court will pronounce itself on the matter.

Jay Polly In Dubai for His New Studio Equipment