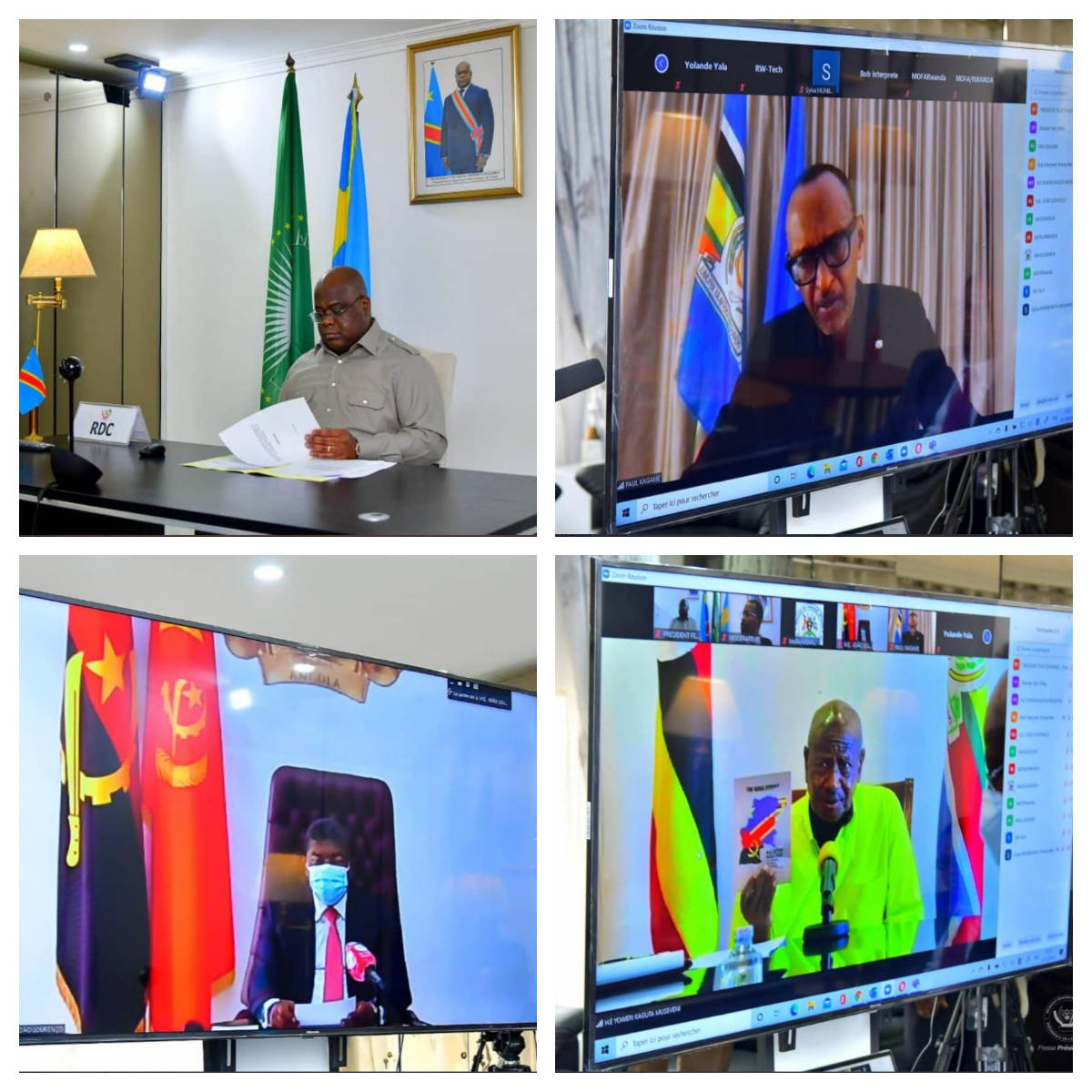 President Paul Kagame on Wednesday joined Presidents João Lourenço of Angola and Yoweri Museveni of Uganda for the Regional Leaders Summit of Heads of State held via video-conference which was hosted by President Félix Tshisekedi of the Democratic Republic of Congo (DRC). The Head of State called for increased cooperation between countries to ensure peace and stability.

The meeting took place virtually after several attempts by President Tshisekedi to convene the regional summit physically, bringing together leaders of Rwanda, Burundi, Angola, Uganda and the hosts DRC, failed to take off due to a number of reasons.

In his message, President Kagame called for improved cooperation between regional countries to ensure security and stability in the regional and for the regional economies to overcome the impact of the New Coronavirus by boosting trade and investment.

“We are obliged to meet via video conference, but the spirit of positive cooperation demonstrated by this meeting is clear. Rwanda is pleased to participate and make our contribution,”

“Cooperation in fighting insecurity in our region is at the core of our efforts as we allow trade and investment to thrive across borders. Stability is the catalyst for increased trade and investment. This is in the interest of each of our countries and the region as a whole,” President Kagame said.

“The COVID-19 pandemic has cost lives and disrupted our economies, but by working closely together to mitigate the impact, we can minimise the damage of this pandemic and build capacity to withstand future pandemics,” he added.

Burundi did not attend the virtual meeting, having previously pulled out, with Bujumbura emphasising that they prefer bilateral talks between countries

By press time, outcomes of the meeting were yet to be availed. The DRC Presidency said the meetings in which Presidents Kagame, Museveni and Lourenço participated “relates to security, political, diplomatic, health and cooperation issues.”