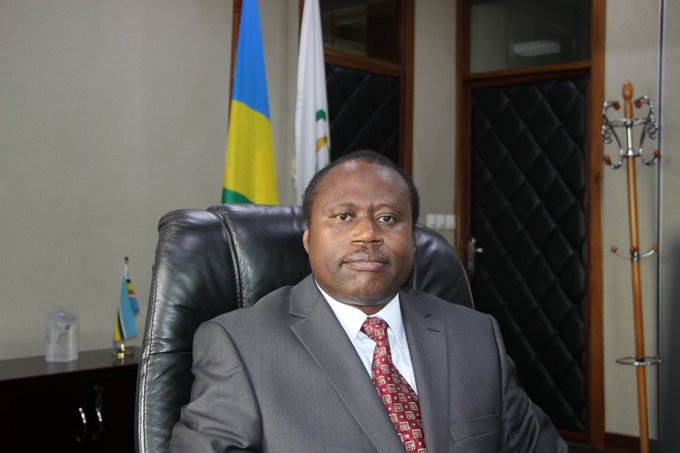 Rwanda’s Minister of Finance said last week, that the Covid-19 crisis compelled the government to borrow more money which has moved the country’s status from low risk to moderate risk, but this “has not changed Rwanda’s rating in debt management.”

Normally countries that borrow from donors (IMF and World Bank) are rated in three ways- from low risk, moderate risk, high and distress risk, which refer to possibilities of a country being able or not able to repay a debt (debt burden).

“Rwanda’s debt is increasing but sustainable. Although this year during COVID-19, the risk status of debt has shifted from low to moderate, as a result of lower projected macroeconomic performance,” Minister Uzziel Ndagijimana told parliament while presenting the state of the economy under Covid-19.

The minister said that the external debt stock remains essentially concessional though the Ratio of Debt to gross domestic product (GDP) stood at 34% compared to the standard ratio of 55%.

While value of debt compared to import revenues reached 259 which is above the 240 threshold due to drop in export affected by Covid-19, Ndagijimana said that this shock is expected to stablise and drop back to 177 in the following years.

On debt service from exports, Ndagijimana said the standard is 21% but Rwanda is currently at 22% and this is also expected to improve next year.

However, the minister showed that though the value of amount paid on the debt remained low (19.2%) compared to 23% threshold, the government still has an opening to more donor trust and funding sources.

“This debt performance has been affected by shock in exports but this will stabilize next year. However, we don’t see it as a threat or changing the way we deal with donors-IMF, World Bank and African Development bank and others because of other commitments ahead of this situation,” the Minister said.

In regard to the debt deficit, the minister said that Rwanda has agreed with the IMF on the anticipated increased deficit at 9.1% requiring government to borrow more funds for Covid-19 recovery but this difference is expected to reduce to 8.5% and 7.5% in the next two years.

MPs commended government for putting in place measures to control the Covid-19 pandemic, its recovery and economic resilience but asked the minister to explain if Rwanda will manage its debt and how it plans to repay.

The minister said that the repayment capacity is currently in control and moving as planned thus no need to worry since the debt borrowing and risks are primary discussed with donors.

BBC Rwanda Coverage, Preference for Sensationalism Over The Truth?

The Ben Relocates to Zanzibar