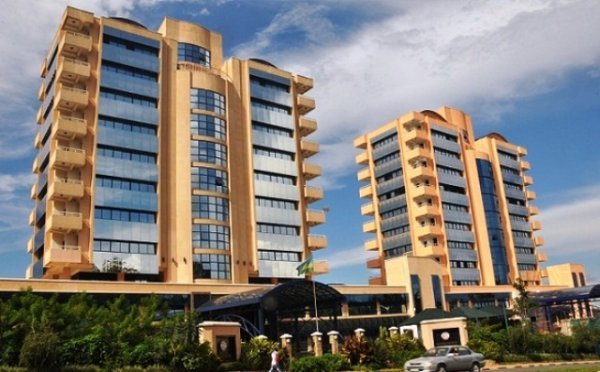 The Government’s efforts to improve the social services have moved a further step with offering Rwanda Social Security Board (RSSB) full financial and administrative independence or autonomy, the condition expected to improve service delivery and achievement of operational excellence.

RSSB was offered autonomy to recruit employees, decide employee salaries, and make investment decisions, without waiting for approvals from the Minister of Labour and Public Service(MIFOTRA).

‘Basically, when you look at the autonomy we have got from the government, it is full autonomy. RSSB will be able to recruit or even to dismiss employees without going through a long process; initially, the recruitment processes took a long process, waiting for approvals from the MIFOTRA,” Jean Marie Gacandaga, the Deputy director-general said.

“However, with full autonomy, we are going to develop our human resource policy that we shall be following. Another critical example that I can give is for instance when you want to build affordable houses, it took about two or three years and this is just process, not implementation, so having the autonomy and probably the human resource policy, procurement   policy, and tender policy, it will help us to speed up every process, the autonomy will play a key role.”

Gacandaga added that RSSB will be able to hire high caliber staff that are available on the labour market to improve the quality and speed up social service delivery and report to the Ministry of Finance and Economic Planning.

Gacandaga said that it was difficult for RSSB to compete with other institutions because it cannot be such a big institution, managing billions of money, without independence to make decisions of hiring high caliber staff for management and control.

RSSB announced the achievement of the full financial and administrative autonomy during the first quarter performance for the 2020/2021 event held in Kigali city on 20th October 2020.

Gacandaga said the full financial and administrative autonomy was approved by the cabinet meeting held on 11th October 2020.

RSSB deals in the delivery of social security services including the building of affordable houses for members, community-based health insurance commonly known as Mutuelle de santé, the pension scheme for the elderly, and the previous established Ejo Heza, long term voluntary savings scheme that caters for both salaried and non salaried people.

For about 2 years in existence, currently, the number of EjoHeza subscribers is about 950,000 with about 700,000 active members that contributed about Rwf8 billion in savings.

For the Medical scheme, on a quarterly target of 3,500 new affiliates; 2,177 new affiliates were registered and total premium collections amounted to Rwf12.6 billion while Maternity leave benefits worth Rwf427.7 million were paid to rightful mothers. 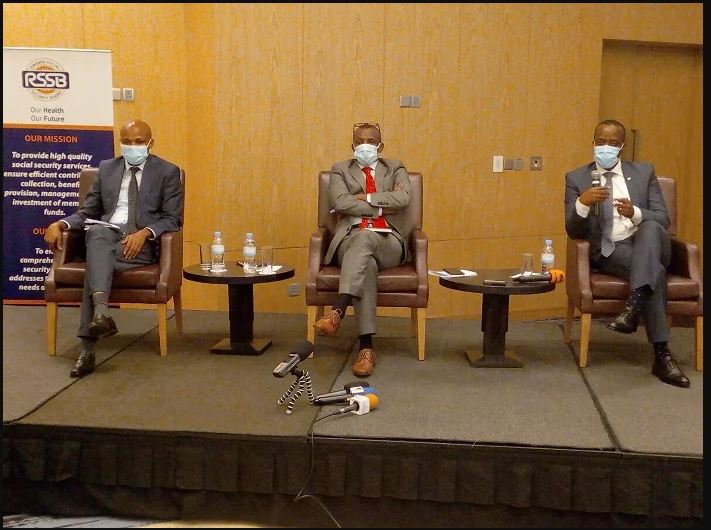 During the first quarter, under the Pension and occupational Hazard scheme, RSSB registered 78,399 new members; which represent 209% of quarterly targets; this was mainly driven by the school construction projects across the country.

The pension and occupational hazard scheme collected contributions worth Rwf24.2 billion and paid out Rwf8.7 billion in benefits for the same period, this represents a 3.2% reduction in contributions collected and a 16% increase in benefits from last year’s first-quarter performance.

“One of the RSSB’s major hindrances has been its structure; with the addition of the new schemes over the years, it was difficult to settle on a structure that addresses RSSB’s overarching needs,” Regis Rugemanshuro, RSSB Director-General said.

’’This special autonomy will both improve RSSB’s operational efficiency and enhance performance. The move will also allow RSSB to swiftly compete on national and regional financial markets which would see RSSB investments flourish.’’

Rugemanshuro added that RSSB was also among other institutions affected by the Covid-19 pandemic.