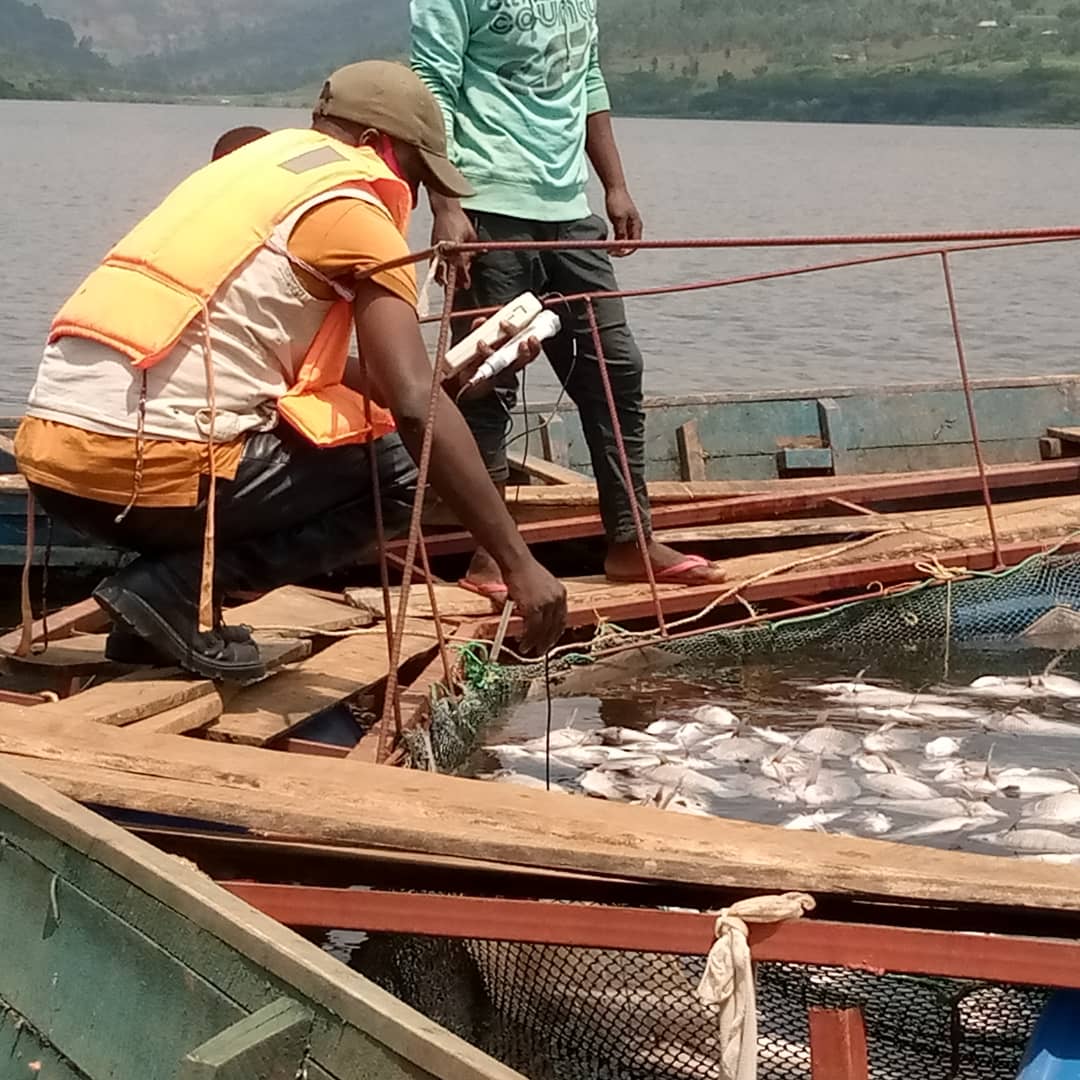 Fish farmers from Cooperative Hagurukadukore on Tuesday, January 14 woke up to a crisis in their floating cages of 10,000 tilapia units in Lake Muhazi, Rwamagana district, Fumbwe sector.

The fish were breathing hard to an extent that it became worrisome until January 16 evening when they started dying.

As of Sunday afternoon, 3,762 fish had died as efforts to save had been undertaken.

The Ministry of Agriculture and Animal Resources on Sunday said that the incident was caused by lack of oxygen in the cages.

It started when erosion which intensified since early this week affected the Lake and disturbed the submarine plants including the moss.

The latter mixed with feed residues floated and obstructed floating cages’ nets, preventing freshwater exchange which is normally the source of oxygen for the fish.

To remedy this, Minagri officials said, the floating cages were relocated to a strategic side of the lake with deeper water(from 6.6 meters to now 8.2 meters).

In this area, the wind allows water exchange between floating cages and surrounding water which is expected to procure oxygen to the remaining fish in the cages. 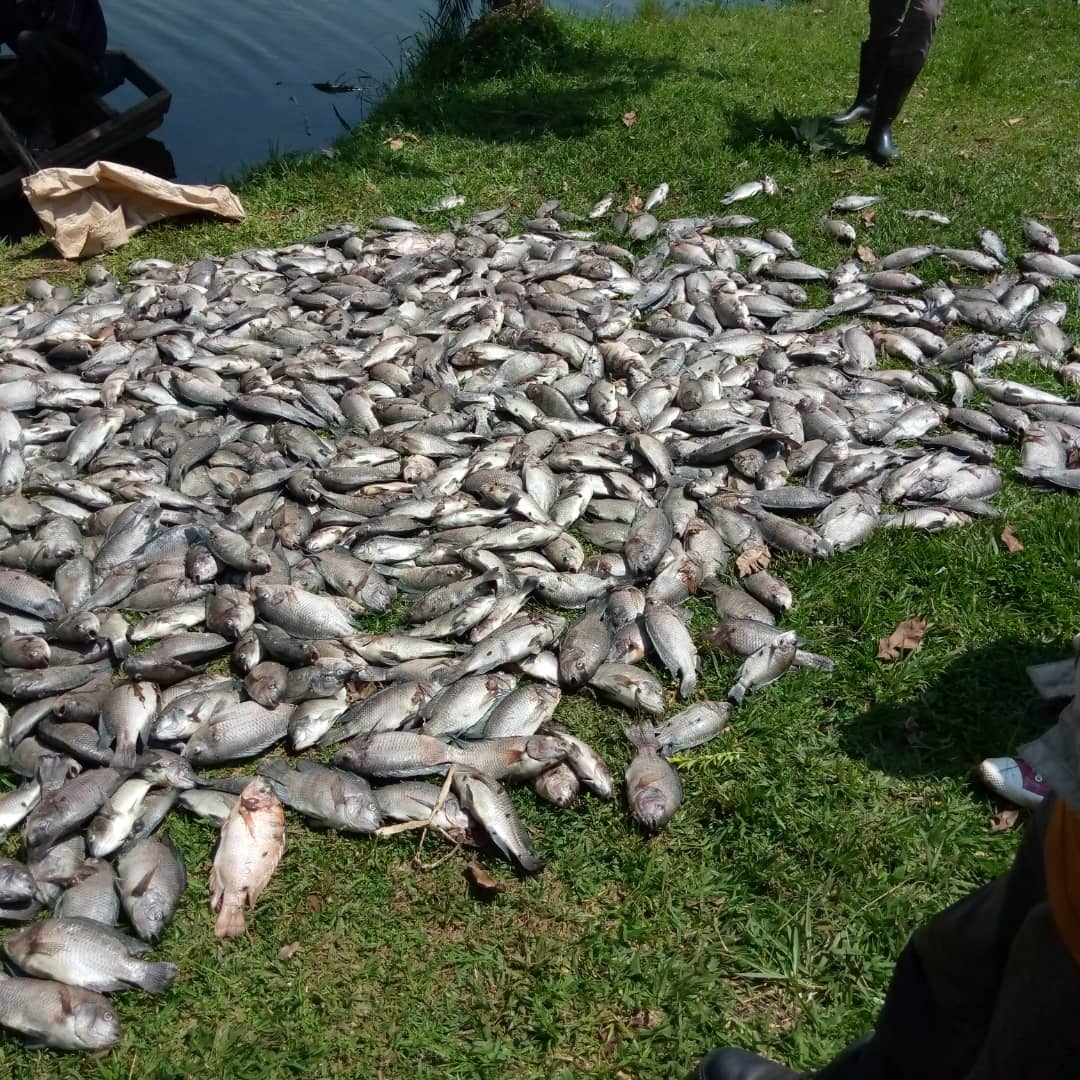 Meanwhile, farmers were encouraged to clean floating cages while removing the plant moss and other dirt, including fish carcass. This cleaning should be a habit.

Farmers were also requested to report any unusual behavior in the floating cages to agricultural officials in their vicinity.

The behaviors include floating of the fish while struggling to get enough oxygen, lack of appetite among others.

A survey is going on, to assure safety of neighboring fish farms.