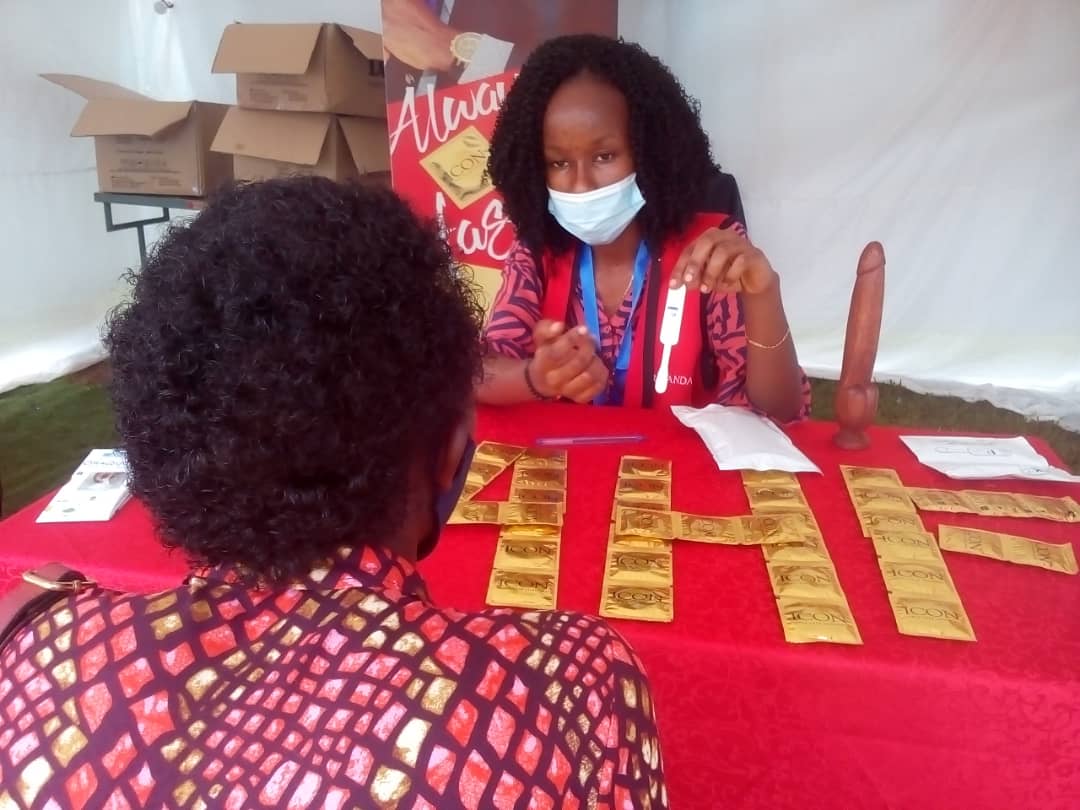 Test kit and other reproduction health services at AHF stand

The year 2020 has concluded with a clear concern of the youth to seek to know their status in regard to HIV/AIDS.

The numbers of youths seeking to either acquire condoms or seeking to know their HIV/ Aids status at the Rwanda International expo that concluded yesterday saw an increase of the youth despite the fair attracting fewer visitors in other areas.

The cabinet in November last year, banned public gatherings during the festive season yet allowed the trade fair to take place as planned but with restrictions on children below age of 12 and ambiance activities that usually mark the annual trade fair.

Besides the drinking and eating spots in the expo, HIV/Aids testing and condom distribution service is one of the commonly frequented activities at the annual trade fair. 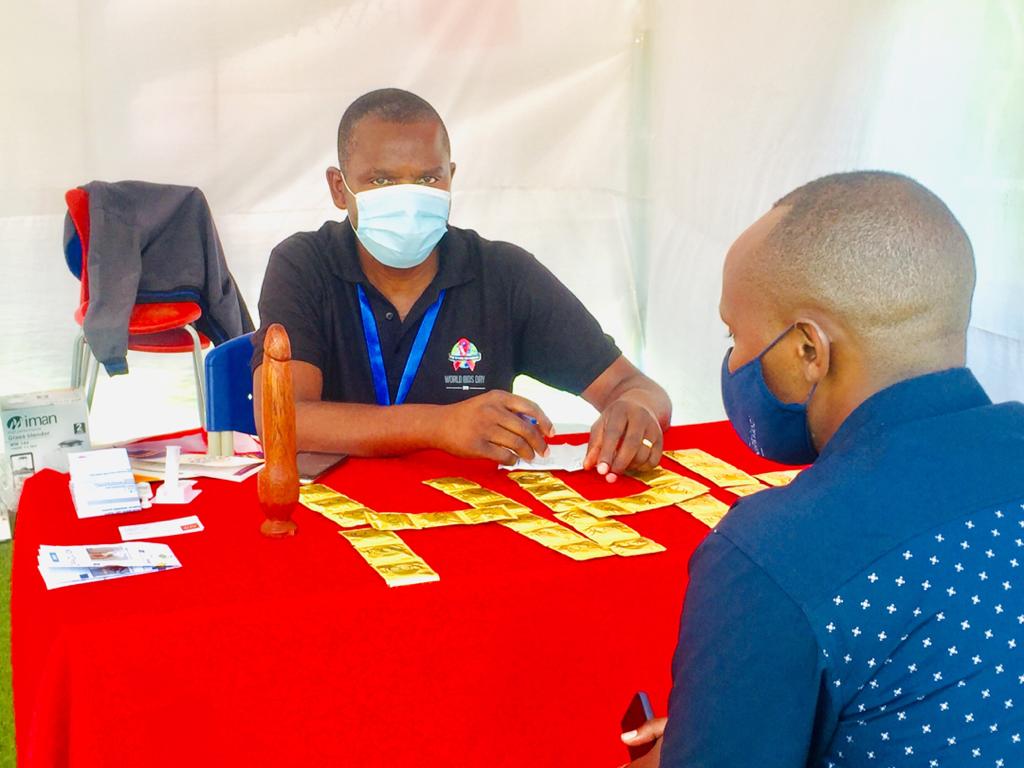 At the just-concluded expo, over 281,000 condoms were distributed against the 250,000 targets. This is way bigger number than the 200,000 condoms that were distributed in the 2019 expo.PSF Health Program Coordinator, Léon Pierre Rusanganwa told KTPress that the objective of retaining health services is part of a government agenda to ensure that the business community has access to HIV/Aids services as part of ensuring a healthy economy.

“We cannot attain our development goals without a healthy business community, that is why PSF has earmarked free Oral Quick HIV Self-testing method and condom distribution among essential services aimed at enabling the community to feel free to take their own test,” Rusanganwa said.

Rusanganwa revealed that the 2020 Expo has also become a pivot point for lodge and guest house owners to access free condoms in large quantities- a sign indicating a massive demand for condoms and business owners are aware of the need to prevent HIV/Aids.

With the outreach experience and demand increase for HIV services in 2020, Narcisse Nteziryayo, HIV/Aids Prevention Programs Manager at AIDS Healthcare Foundation (AHF)which distributes free condoms revealed that his organisation will distribute over 7 million condoms in 2021 (from 4.6 million in 2020), and increase self-test kits access points from existing eight condom kiosks countrywide.