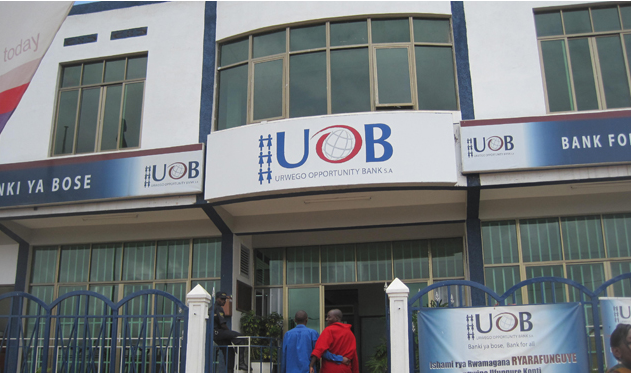 Over 1,000 farmers have recovered their rights to work with and get all services from their respective banks after the government ordered the Credit Reference Bureau (CRB) to scrap them off the list of loan defaulters with Urwego Community Bank.

The maize farmers, from cooperatives in the Southern and Eastern province say that they were initially unaware that they listed as defaulters until some of them started applying for loans at their respective banks but failed.

The reasons, 1,066 listed farmers discovered soon after that in 2015, Urwego bank had through the Bugesera Agro Business Company (BABC) entered a fraudulent deal to offer loans worth Rwf1.6bilion to 28 farmer’s cooperatives, a move that was coined by cooperative and bank officials.

In the alleged deal, investigated by Rwanda’s Prosecution, KTPress learnt that the coops were in turn supposed to supply farm produce to BABC which was supposed to use the proceeds to repay the bank loan but, the payment didn’t happen.

To the surprise of farmers, Urwego bank referred 1,066 farmers to CRB to be listed as loan defaulters an incident that farmers say has affected their access to finance especially during the COVID-19 pandemic.

“I have never had an account with Urwego but I was shocked to learn that I am a defaulter and cannot get a loan from my bank,” said one farmer Sosthene Niyonzima.

Besides that shocking news the farmers say that they have spent over two years without accessing loans and the hardest impact of it was seen during the COVID-19.

“You know well that most of us depend on loans to do business. Imagine not having a loan and yet you have to start afloat in business to rent and pay taxes during this pandemic!” said one member of Cooperative Amahoro Nyakibiri.

KTPress reliably established that the farmers’ concerns were tabled to the Ministry of Justice which ensured an investigation into the matter.

In a letter dated January 12, 2021 Minister of Justice and Attorney General Johnston Busingye wrote to Urwego Bank Chief Executive Officer to consider delisting cooperative’s members based on the prosecution evidence.

In the letter, the minister mentioned various joint meetings that have been held over this case in general and considering the same request of the prosecution, he said that Urwego should delist 1046 farmers pending the case of the 20 others.

“I appeal to the Governor of the Central Bank, herein copied, to use his regulatory, supervisory and advisory mandate and your good offices so this CRB delisting is achieved as it has not only taken long but has also locked many citizens out of financial inclusion, which impoverishes them even more,” Busingye said in part of the letter.

In response, Urwego bank CEO Christine Baingana and Urwego Board representative, John Nkubana wrote on February 12, 2021 saying that 1,046 of the 1,066 farmers have been delisted pending a court ruling on case filed against  some officials.

According to the letters exchanged between the ministry and Urwego bank and prosecution investigation, this means that the remaining 20 members of the cooperatives not delisted by CRB, stand a possibility of being key persons of interest in a pending court case concerning whereabouts of the unpaid loans.

The bank said it appreciates the ministry’s involvement in the cooperative members’ delisting process but asked the minister’s advocacy to speed up the hearing of the criminal case in court to determine the rightful loan holders liable for the borrowed funds.

Information accessed by KTPress indicated that in a case file RP/Econ0001/TGI/GSBO, some heads of 28 farmer’s cooperatives, Urwego bank staff and the BABC proprietor are currently facing criminal charges in this issue.

Professor Jean Bosco Harerimana, the Rwanda Cooperative Agency Director General, condemned that circumstances surrounding the case, but also stated that the illegal dealings in the unpaid loans were conducted between the cooperative officials and some bank staff.

In the meantime, farmers told local media that they are happy to be loan free and look forward to justice being served in the above case.