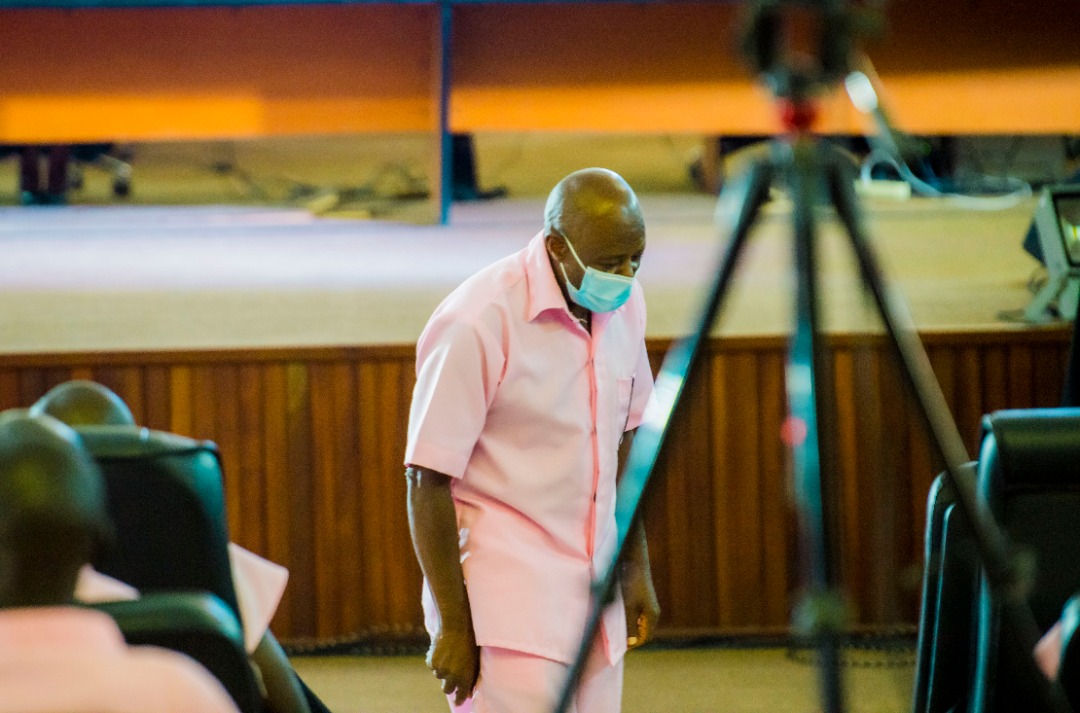 The Trial of terror suspects Paul Rusesabagina, Callixte Nsabimana and 19 others, all members of the Rwanda Movement for Democratic Change (MRCD and its armed wing National Liberation Front (FLN), which the Hotel Rwanda protagonist is the leader, was adjourned for the second time on Friday in the wake of fresh impediments.

The hearing reopened at the High Court Chamber for International and Cross-border Crimes on Friday, with the Judges ruling against Rusesabagina’s earlier objection regarding the competence of the court, only for new obstructions to emerge after his lawyer Gatera Gashabana told court that they were waiting for a ruling on the jurisdiction of the court to file more objections,

Rusesabagina and Gashabana told the court that they needed a few days to prepare details of the new objections, which they did not reveal, before putting them in the system for court to deliberate while two other people in the case also said they would appeal to court to release them on bail.

The duo of Felicien Nsanzubukire and Anastase Munyaneza, who have been in jail since 2017 when they were repatriated from the Democratic Republic of Congo (DRC), through their lawyer Herman Twajamahoro, said that they would want to be released on bail and continue answering the charges from outside.

After lengthy deliberations between the defence and the prosecution, High Court Judge Antoine Muhima said that it was only fair that the court grants the defendants their rights before the trial could take off in substance.

Rusesabagina was given up to Tuesday, March 2, to put all his grievances and objections in the system, while on March 3 the court will sit again to pronounce itself on the request of Munyaneza and Nsanzubukire, while on Friday March 5, the court will deliberate on the new objections yet to be filed.

The Hotel Rwanda character also told the court that he needed ‘facilitation’ to regularly access his file which has over 1,300 pages for him to acquaint himself with the charges and the details in the file.

Following the ruling, Rusesabagina’s lawyer Gashabana immediately told court that his client will appeal the decision on the competence of the court 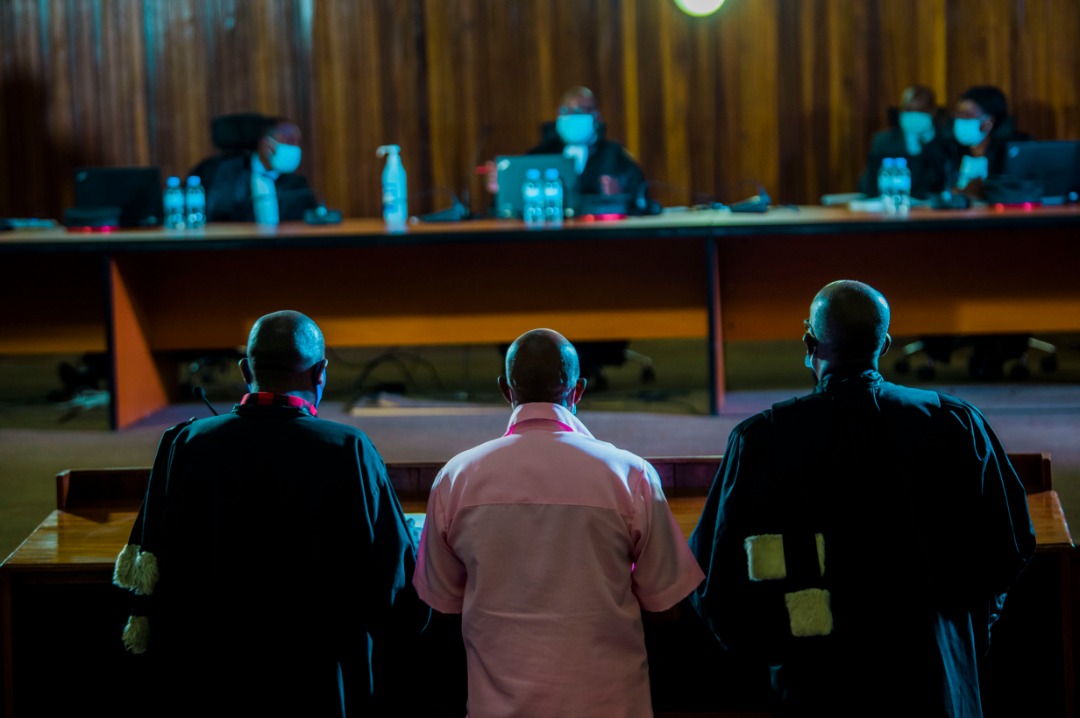 Basing on article 42 of the law establishing the jurisdiction of Rwandan courts which states that the High Court Chamber for International & Cross border crimes has the competence to try all people, including foreigners suspected of committing crimes on the Rwandan territory, the court said it has the competence to try Paul Rusesabagina and others, as long as they are suspected of crimes that are of international and cross-border in nature.

Article 42 reads: “The specialized chamber of the High Court has also jurisdiction over all persons including foreign nationals, non-government organisations or associations whether national or foreign, alleged to have committed, within or outside the territory of Rwanda.”

Prosecution welcomed the ruling on the issue of competence but expressed concerns that Rusesabagina and his lawyer were deploying more tactics to delay the trial, praying to the court to compel the defence to file all their objections and further submissions ahead of time to allow the trial to proceed.

“It should be known that this trial is not about Paul Rusesabagina alone. There are other people involved in the case and they would wish to see justice dispensed. Rusesabagina’s objections should not stand in the way of others having their right to justice,” Prosecution said.

Prosecution also said Rusesabagina and his lawyers are free to make additional submissions and objections as they wish, but this should not stop the trial from proceeding, as the delays affect other people involved in the case, adding that they had the time to file the objections before but they didn’t do

“We were just waiting for the court to pronounce itself on the issue of competence before we could proceed. We are not asked for a month or weeks. Just a few days,” Gashabana said.

The Judge cautioned Rusesabagina and his lawyers to stop filing their submissions late and outside work, which has implications on the proceedings.

The court shifted attention to Munyaneza and Nsanzubuhire, who through their lawyer say they should be tried under the old law which was still in force when they were arrested in 2017. They also argued that they were not legally transferred to Rwanda since there was no extradition treaty between Rwanda and DRC.

Prosecutors however argued that the two men, who were at the rank of General in the Democratic Forces for the Liberation of Rwanda (FDLR), were repatriated under a UN arrangement where combatants who were captured in operations in DRC were repatriated to Rwanda as their home country.

“They were arrested in a country, which was not their own and were members of a militia group which was a threat to peace and security in that country. The easiest option available was to repatriate them to their country of origin as many other combatants were,” Prosecution said.

Nsanzumuhire is seeking bail on grounds of ill health. The seemingly weak for FDLR/FOCA member could not stand in court and his lawyer argued before judges that it would be scandalous if his client passed on in jail. 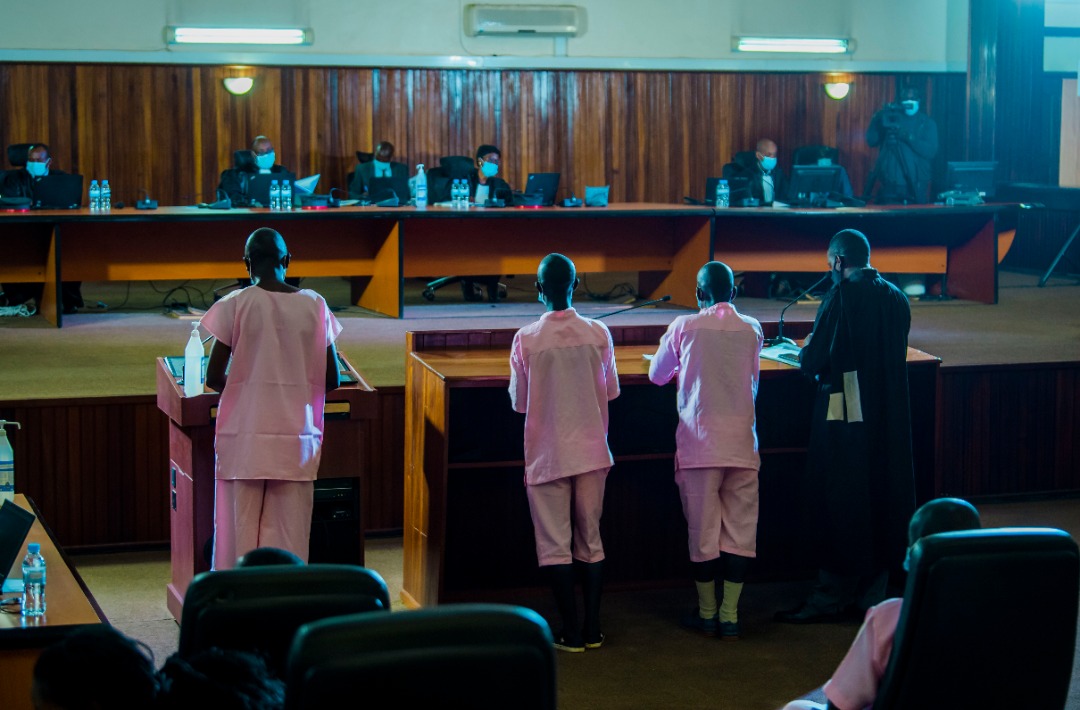 Attention shifted to former FDLR ‘Generals’ Munyaneza and Nsanzubukire who want to be released on bail.

He further argued that the two men have exhibited good conduct and should be accorded bail, but Prosecutors disagreed, arguing that the duo are a flight risk and could easily escape and rejoin the said terrorist groups which remain active to date.

On Nsanzubuhire’s health situation, Prosecutors said that only medical professions can confirm his condition, adding that prisoners in Rwanda have access to adequate medical care and so is the applicant Nsanzubuhire.

Prosecutors further told the court that the two men face serious charges under which the right to bail does not suffice. Court further heard that Nsanzubukire was one of the most wanted FDLR members who faced sanctions imposed by the UN Security Council due to the atrocities committed in the DRC.

Their lawyer however said that his clients were willing to comply with whatever conditions the court will set for them. Prosecutors however disagreed that Munyaneza and Nsanzubuhire were not repatriated voluntarily and would escape at any given chance.

The two men were both members of the defeated government forces FAR and were wanted for several genocide related crimes and war crimes committed in Rwanda before they fled and in DRC.

Before their arrest in February 2017, they had split from the main FDLR group and joined the National Council for Renewal and Democracy (CNRD), which later became allied to Rusesabagina’s MRCD and FLN which would later launch attacks on Rwandan territory between 2018 and 2019.

The FLN attacks in Nyaruguru, Nyamagabe, Rusizi and Nyamasheke districts, claiming at least 9 people, injuring dozens and many others kidnapped and property worth millions destroyed.

Before the hearing adjourned, the Judge urged all parties to make whatever applications they wanted to make in a timely manner and address whatever issues they have beforehand to allow the trial to make any progress and for defendants who are ready to defend themselves enjoy their right to trial.

The hearing was attended by the Ambassadors of U.S and Belgium to Rwanda as well as other diplomats and observers representing different interest groups. 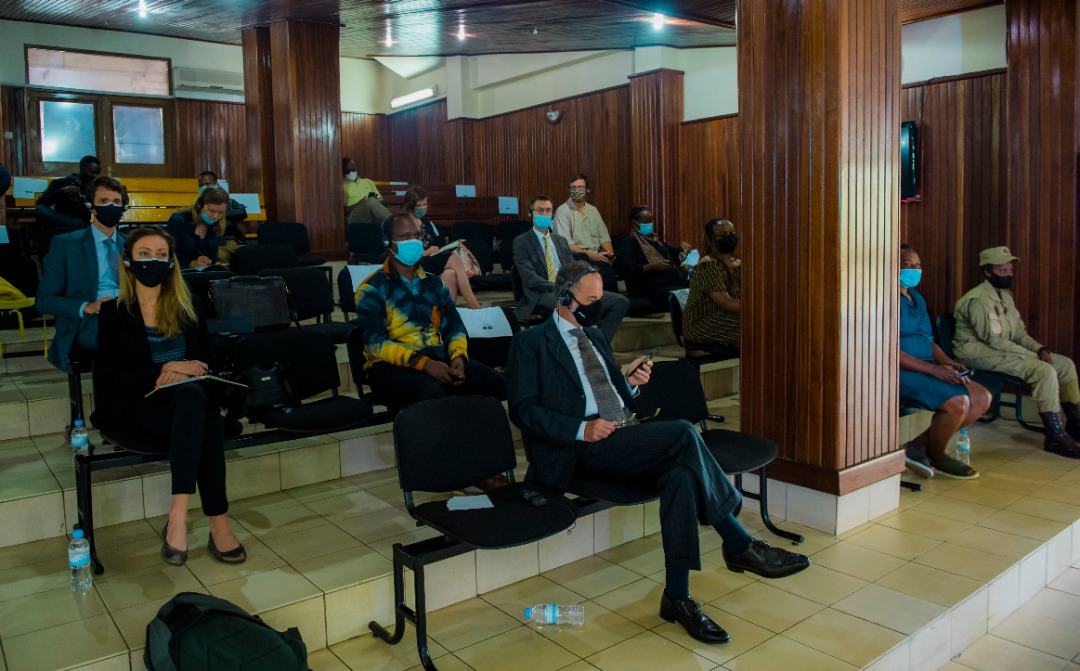 Diplomats were in attendance.

Salary for Newly Recruited Teachers Due in March – Mineduc