Celebrated Roman Catholic Church priest, Father Ubald Rugirangoga, who passed away on January 8, 2021, in the United States of America, was on Tuesday laid to rest in his home parish in Rusizi district.

Fr. Rugirangoga, who was commonly known by his first name Ubald, succumbed to New Coronavirus related complications in the U.S after he could not fully recover from the virus.

His remains were repatriated to Rwanda over the weekend and a requiem mass held on March 1, led by the Cardinal Antoine Kambanda, who described him as a true servant of God whose legacy will remain intact.

Fr. Rugirangoga was laid to rest at the hill of peace in Gihundwe Parish, in Cyangugu Diocese, in a sombre ceremony presided over by Bishop Céléstin Hakizimana of Gikongoro and attended by high-ranking clergy, including Bishop Edouard Sinayobye, recently appointed to Cyangugu Diocese and Vincent Harolimana of Ruhengeri diocese.

In his message of the day Bishop Hakizimana, condoled with the Roman Catholic Church members who devotedly followed and celebrated the deceased priest, who was known as the ‘Miraculous Priest’, urging them to remain strong and continue honouring his legacy.

“Father Ubald’s efforts to pray for the healing of the sick and his initiatives to promote unity and reconciliation will always remain with us no matter what,”

“It is our duty to ensure that the values he passionately believed in and promoted are sustained,” Bishop Hakizimana said, urging those crying to take heart and instead look at it as an opportunity to celebrate a life well lived and focus on rebuilding on what he left behind.

“Those he helped to heal and restored hope should not lose hope because someone they considered a parent is gone. Let us see him off in a manner that celebrates his life because he is going to live closer to the Almighty where he will continue to advocate for us more,” the Bishop said. 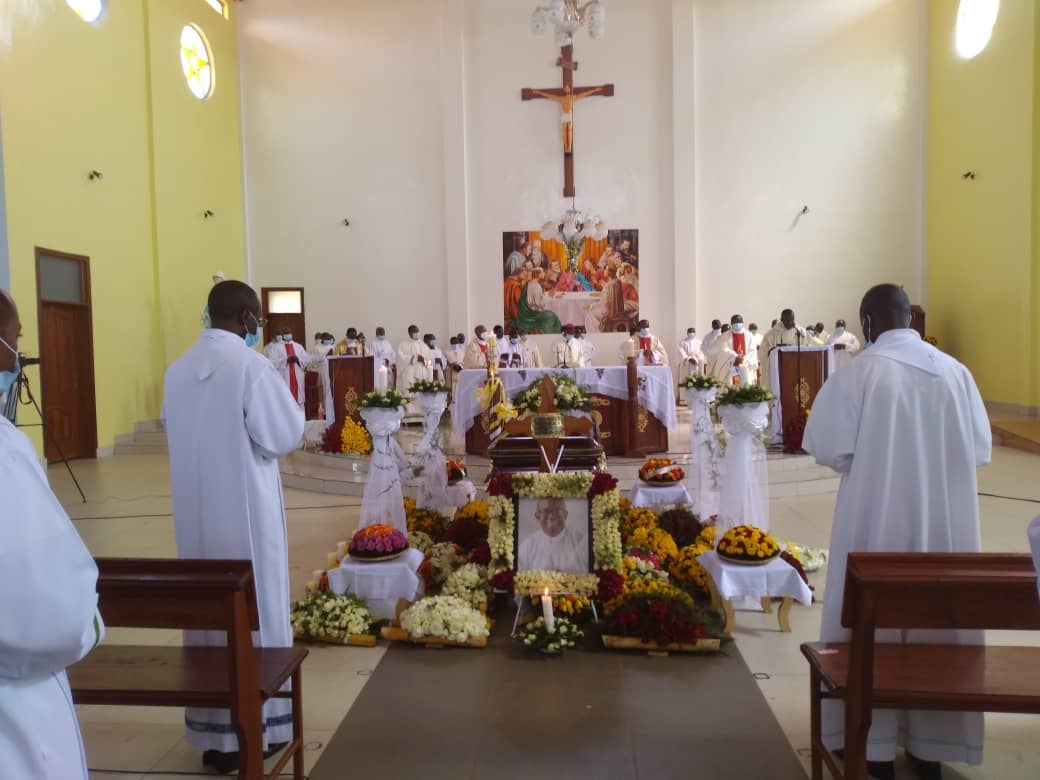 Several people who spoke at the funeral described Fr. Rugirangoga was courageous, selfless and a kind person who put the lives of others ahead of his own.

His brother, Révélien Rugwizangoga emphasized the humanity, love, will and enthusiasm that Father Ubald grew up with, which goes beyond the benefit of his family and others in Rwanda in other countries.

Rugwizangoga described their childhood as one that was happy and good but it was a short-lived life because when their biological father was killed in 1963, with Rugirangoga, who was 7 then being the eldest, their life took a turn for the worst.

Despite the difficulties, Rugirangoga persisted and continued to be responsible regardless of his young age.

“From childhood, Rugirangoga had always been closer to our Mother. After our father was killed, Rugirangoga made sure he remained close to our mother, and behaved in an extraordinary way, much older than his real age,”

“Throughout the difficult times, he made sure he supported our mother to raise us his siblings and made sure that we got educated,” his brother recalled.

Rugwizangoga said that Fr. Rugirangoga grew up under difficult circumstances, characterised by hate, ethnic divisions but that did not stop him at all as he continue to promote togetherness, fighting discrimination and promoting unity and reconciliation.

He made sure that he instilled the same values he inherited from his mother in others and also supported his own siblings with emotional and psychological support based on his own experiences.

Fr. Rugirangoga’s close associate, U.S author and social work, Katsey Long, who had worked with him for the last 12 years also eulogised the deceased clergyman, giving mourners a glimpse into his last days.

Long and Rugirangoga had worked closely together in support of unity and reconciliation programs, stressing that he had continued to exhibit the enthusiasm and commitment to his work, even in his last days.

The Mayor of Rusizi District, Kayumba Ephrem, said that the country and the district he leads has lost a significant figure, who will always be remembered for his efforts to reconcile and help them in the process of unity and reconciliation.

He also praised the deceased clergyman’s continued cooperation with the authorities in consulting on various issues, be it the events in Rusizi District related to the local authorities and the events organized by the Priest himself.

Kayumba called for continued cooperation between the Diocese of Cyangugu and the administration, so that his works are sustained and documented so that he is not forgotten.

“His work in the Diocese of Cyangugu from a young age, from his earnestness to the sowing of the seeds of reconciliation, on a journey that was difficult but possible. Father Ubald is gone, but let us continue to work together, build on that step and continue where he was,” the Mayor said.

Rugirangonga died on January 8, 2021 from lung complications caused by Covid-19. He had been a Priest for more than 32 years.

He was born in the former Cyangugu Prefecture, Karengera Commune, Rwabidege sector in the Parish of the Mwezi, in February 1955.

Father Rugirangoga attended primary school in Rwabidege from 1962 to 1968. He attended high school at St. Pio Nyundo until 1973 when he was expelled due to his ethnicity and went to Burundi to continue his studies. 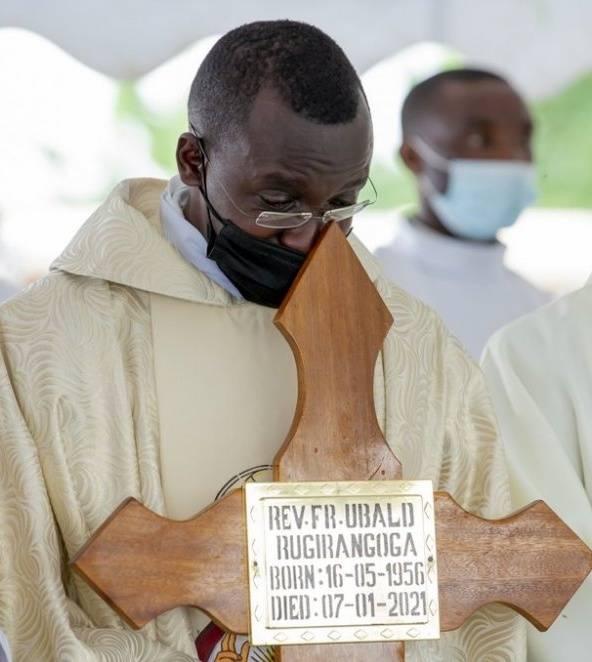 After returning to Rwanda for five years in 1978, he continued his studies at Nyakabanda Major Seminary before he was ordained to the priesthood on July 22, 1984.

In 1994, when the Genocide against the Tutsi took place, he was able to survive and when it was over, he set himself the goal of reconciling Rwandans, kicking off his unity and reconciliation activities in Mushaka Parish, Rusizi District.

In 2015, Father Rugirangoga was awarded the Guardian of Friendship (Umurinzi w’igihango) for his role in launching the unity and reconciliation program launched in Musaka Parish in the Diocese of Cyangugu, which did not only impact on the communities he worked but also countrywide.