Serve the People’s Interests, Not Yours – Kagame Reminds New Ministers 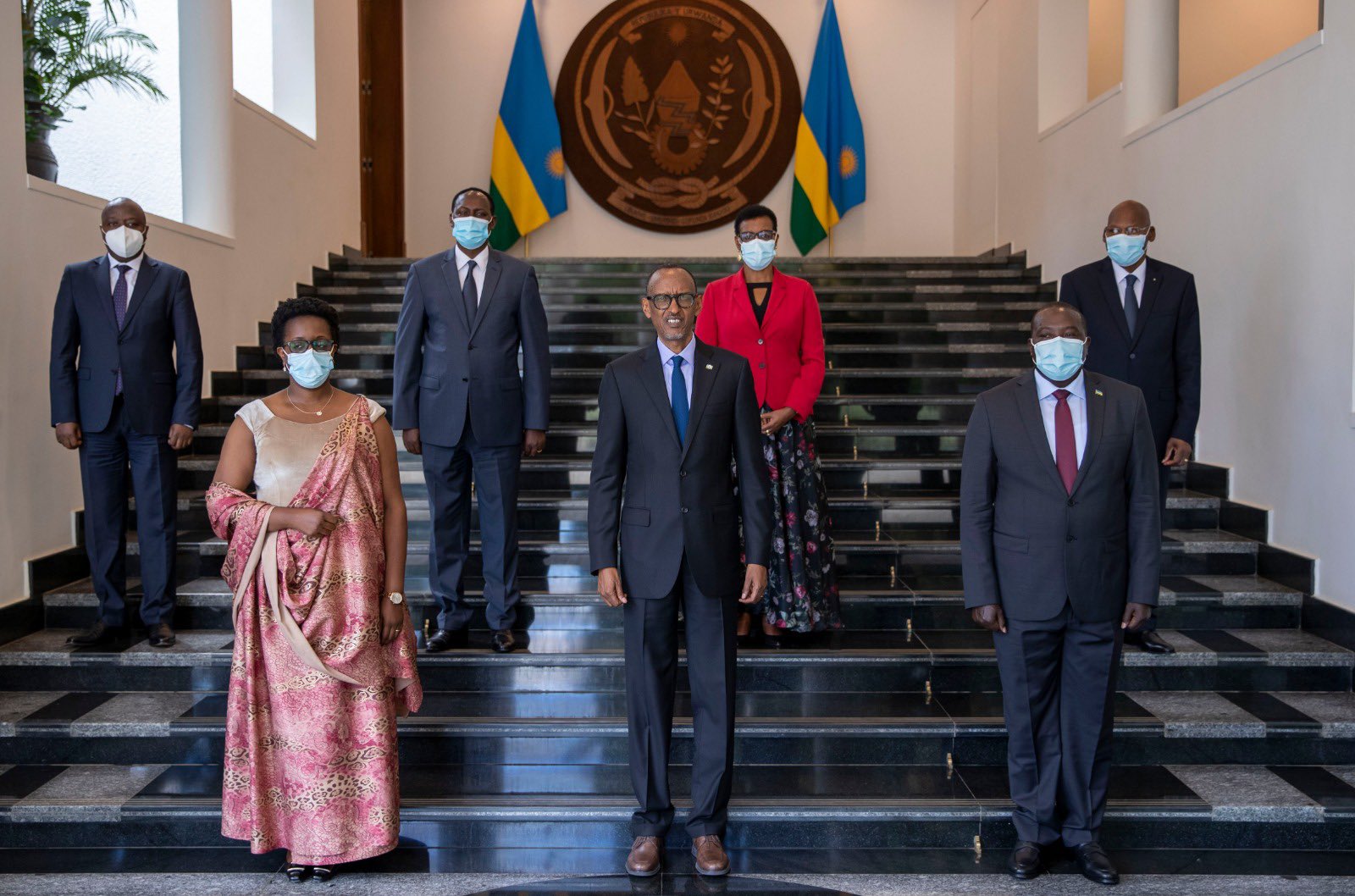 Presiding over the swearing-in of two new Ministers this afternoon, President Paul Kagame has reminded them to put people’s interests forward.

The new ministers are Beata Habyarimana of Trade and Industry and Jean Marie Vianney Gatabazi of Local Government. They were appointed early this week.

The president reminded both cabinet members who have been serving in different capacities, that they are here to serve interests of Rwandan community rather than their own interests. 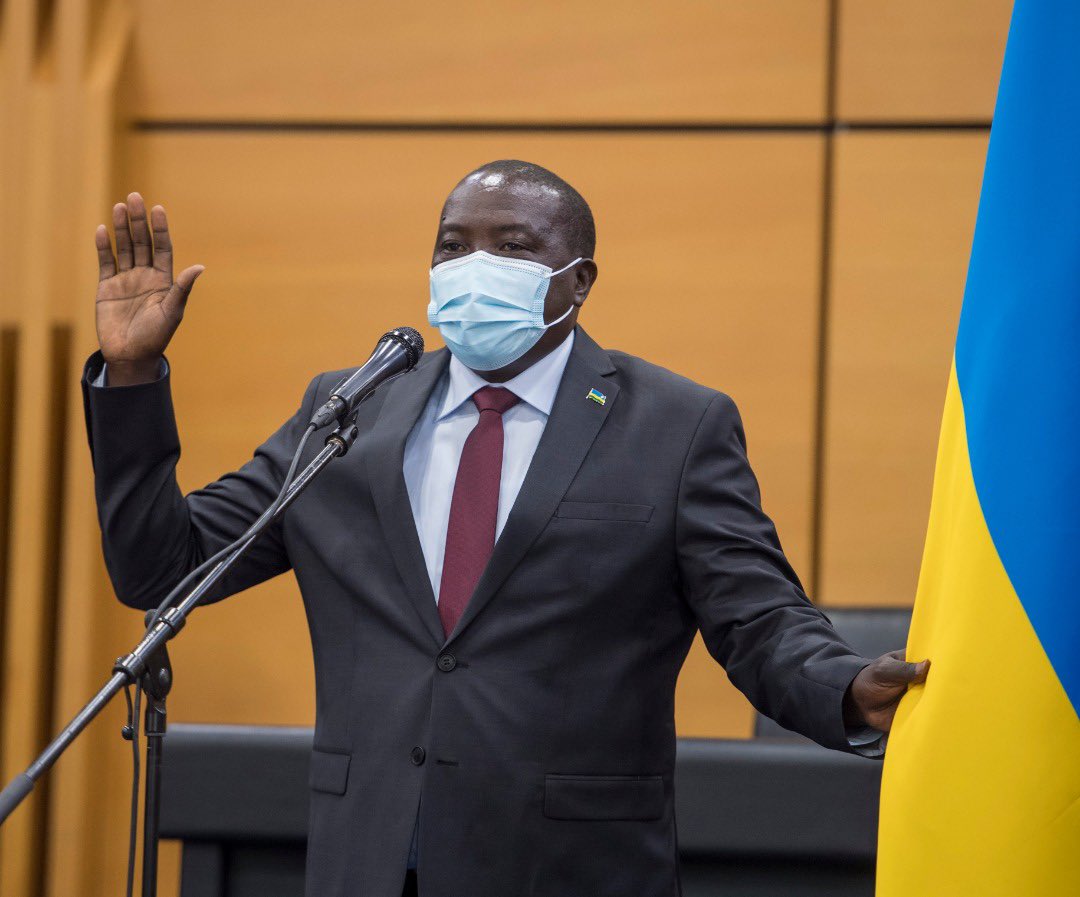 He said that beneficiaries of whatever they do should be first and foremost the community while for them, they should benefit like any Rwandan citizen in the process.

And on top of that, he said none should serve in accordance with their personal beliefs, but in line with all that was agreed upon.

“We should work in accordance with the path we have agreed to follow, not in line with our own interests. That’s the point leaders should always keep in mind,” President Kagame said.

The president reminded that the new officials are appointed during a difficult time when Rwanda is fighting against COVID-19, a global pandemic that has paralyzed the country’s life in different aspects. He thus requested them to serve selflessly. 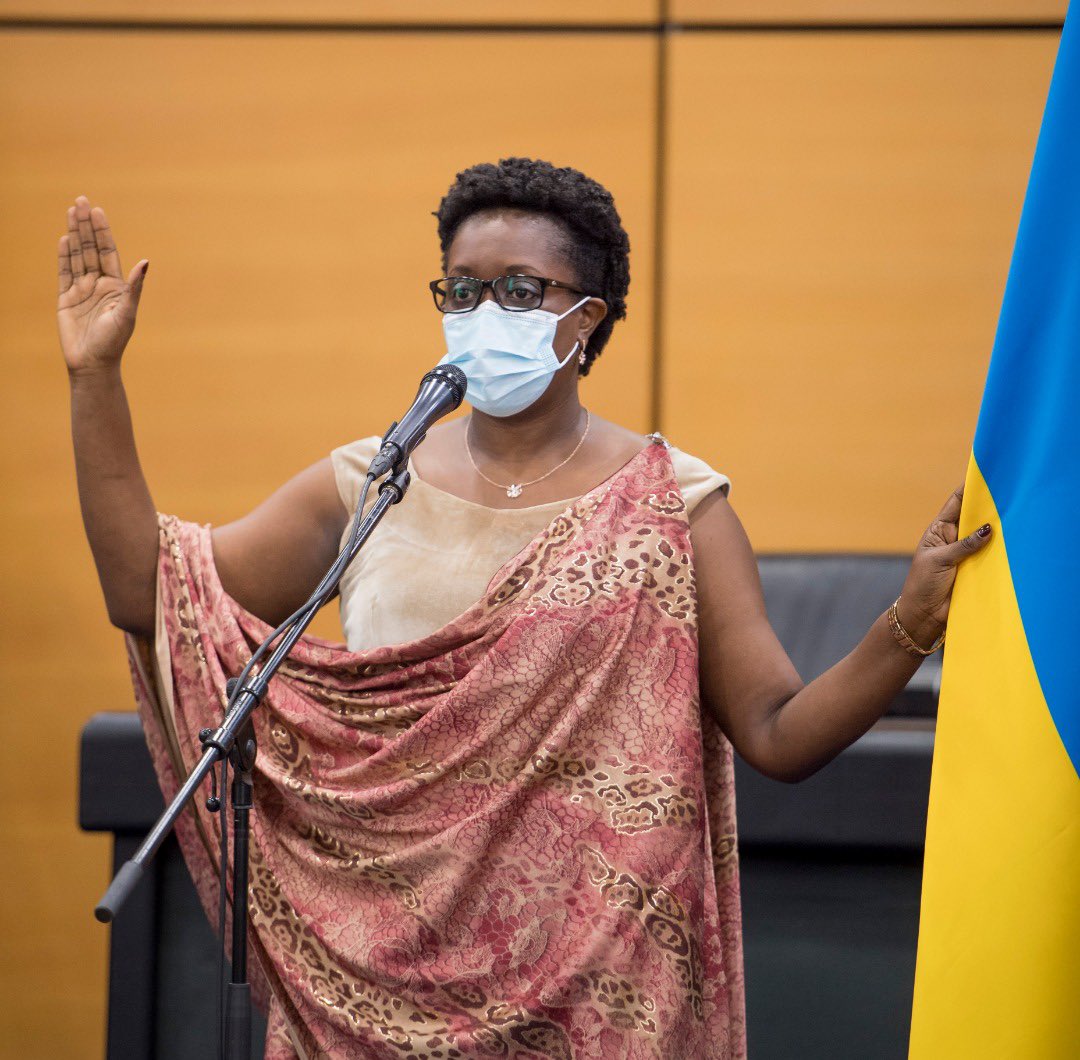 Beata Habyarimana, the new Minister of Trade and Industry

On this occasion, President Kagame once again sent a message of condolence to Tanzanian neighbors who are bereaved following the passing on of their president John Pombe Joseph Magufuli.

” I Cannot end my remarks without expressing on my own behalf and on behalf of the government and people of Rwanda, my deepest condolences to the family of the late President John Pombe Joseph Magufuli and to the entire Tanzanian nation. President Magufuli was steadfast, Pan-African, and a friend of our country. Rwanda stands in solidarity with Tanzania and President Samia Suluhu Hassan in this difficult moment,” Kagame said.

The swearing-in ceremony at Village Urugwiro