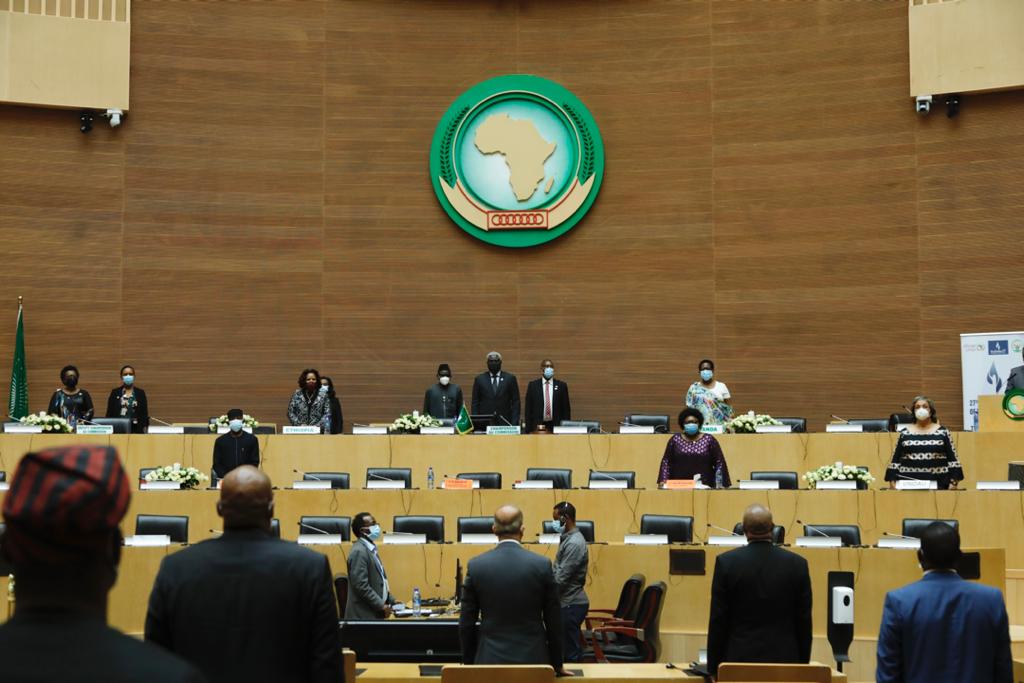 Commemoration at the AU headquarters

Leaders of all walks of life have joined Rwandans to commemorate the 27th Genocide against the Tutsi with a “Genocide Never Again” Message.

Several officials in person or virtually attended the kick off of National Commemoration Week on April 7 and their messages further praised Rwandans’ resilience 27 years after the fragedy where over 1 million Tutsi perished in one hundred days.

At the Africa Union, Moussa Faki Mahamat, the African Union  Commission (AUC) president declared a mourning period in commemoration of the 27th anniversary of the genocide against the Tutsi in Rwanda.

Moussa Faki said: “The AU together with the Rwandan Government commemorate today, as they have been doing since 2010, the anniversary of the Genocide against the Tutsi. We want to remind Africans and the world that an unnamed tragedy took place in Rwanda and that it should never be forgotten,”

At the United Nations (UN), António Guterres, the Secretary-General of the UN stated that the genocide against the Tutsi in Rwanda remains in a collective conscience as among the most horrific events in recent human history.

“To prevent history from repeating, we must counter hate-driven movements and push for the full respect of all members of society,” he said. 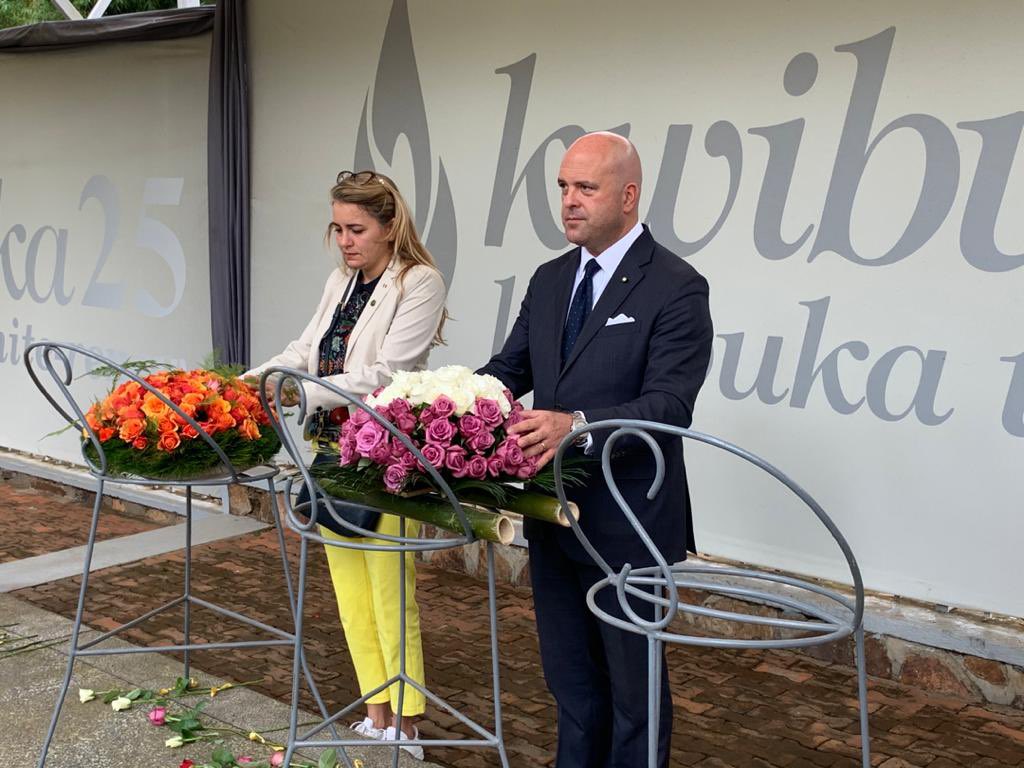 “We commend Rwanda and its people for determination to stand up from the ashes, rebuild the country and reconcile their communities, in the spirit of national unity,” he said.

On her side, Rwandan Louise Mushikiwabo, the Secretary-General of Organisation Internationale de la Francophonie (OIF), also on behalf of the ogranisation paid tribute to genocide survivors.

In her French message Mushikiwabo said  that 27 years after the genocide against the Tutsi, a special thought for all the families of victims for whom the memory is still vivid.

“This year, I also salute the truth-seeking work that continues to advance and allows us to continue our mourning… let us continue to remember and fight against any denial of the Genocide against the Tutsi. Years go by but the truth remains what it is, and will not be able to suffer from any attempt to distort history,” she said.

Anne Hidalgo, the Mayor of the French capital Paris, noted that victims of the 1994 Genocide will never be forgotten.

“This morning, at the Jardin de la Mémoire in the Parc de Choisy, we commemorated the genocide perpetrated in Rwanda 27 years ago. Paris will never forget these women, men, and children killed because they were born Tutsi,” she tweeted. 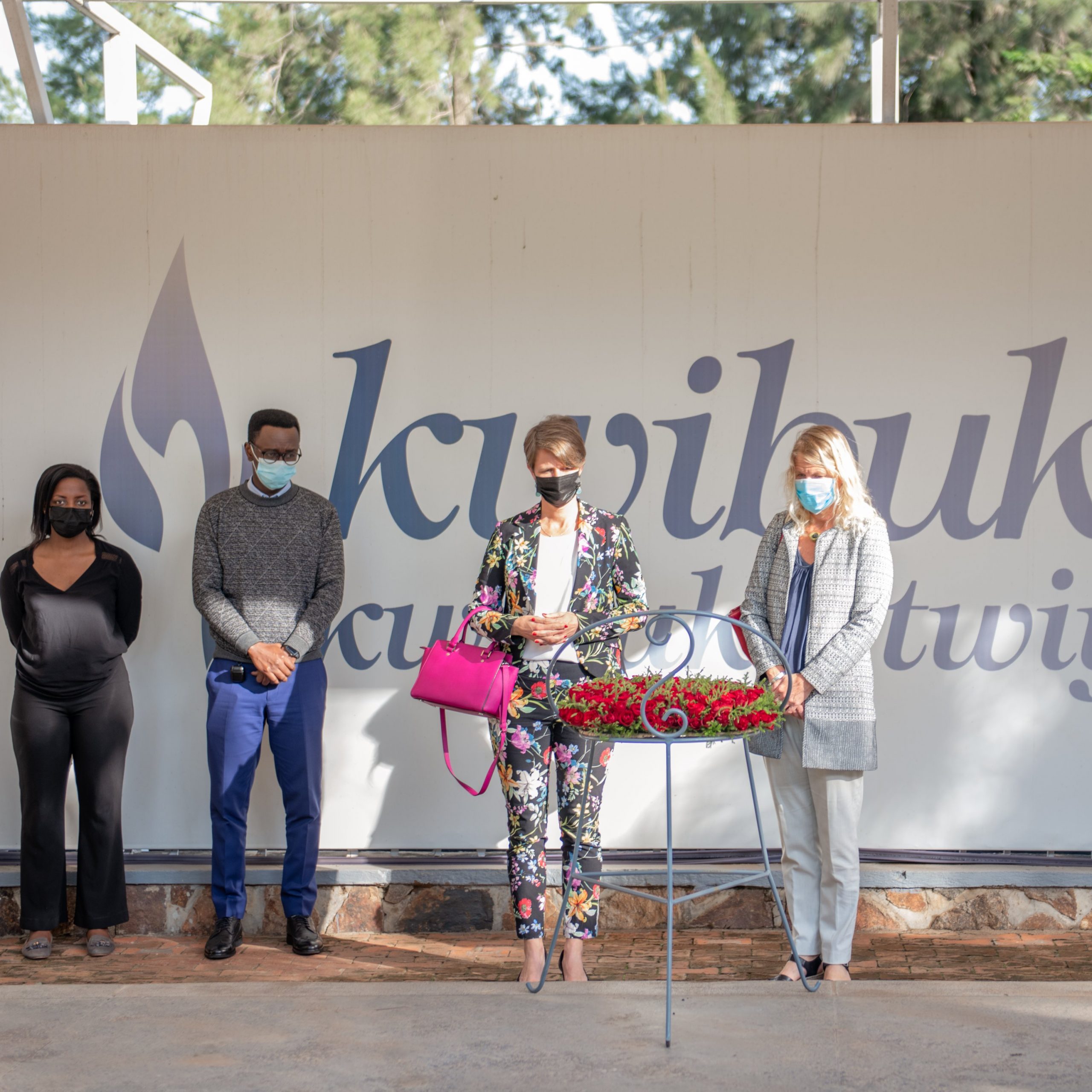 Sweedish envoy and staff at Kwibuka 27

Swedish envoy to Rwanda – Amb Johanna Teague said “We honour the victims through remembering and learning from history. We will never forget. We stand with Rwanda, today and every day, as we remember, unite and renew.”

Meanwhile, Sophie Wilmès, the Belgian Deputy Prime Minister and Minister of Foreign Affairs, European Affairs, Foreign Trade and the Federal Cultural Institutions said her country joins Rwanda on International Day of Reflection on the 1994 genocide of Tutsis in Rwanda.

“Belgium pays tribute to all victims of this tragedy. Our country renews its commitment for such atrocities to never happen again. The fight against impunity is crucial,” Wilmès said.

Massimiliano Mazzanti, the Italian envoy said: “It was one of the most terrifying episodes of ethnic violence in history, carried out at breakneck speed.

On his side, U.S. Ambassador to Rwanda, Peter Vrooman Wrote Tweet dedicated to remembering one of the embassy staff and his wife.

“We remember Marc Bizimungu, who worked at the U.S. Embassy in Kigali as a welder & a driver from 1985 to 1994. Marc was murdered because he was a Tutsi during the Genocide alongside his wife Devote Mukamana, but their two young children survived.” 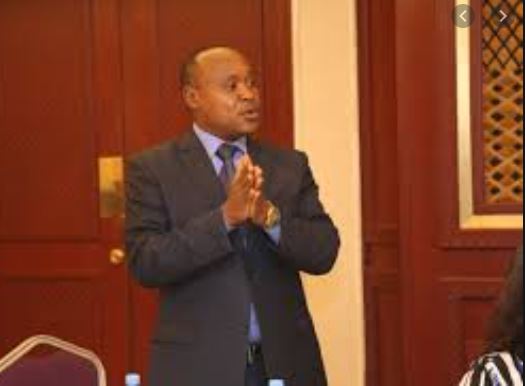 Professor Dr. Mukesh Kapila , an Author & Writer, Professor Emerit Global Health & Humanitarian at the University of Manchester, UK and Senior Adviser to the Parliamentary Assembly for the Mediterranean commemorated with Rwandans but also raise the Tigray ‘genocide’ concerns in Ethiopia.

“I can still smell the thousands of freshly killed bodies I saw at first hand & as below witnessing the million person exodus. But best way to commemorate past victims is to prevent new ones today in Tigray.”  .

At the regional level, Secretary-General of East African Community (EAC), Peter Mathuki, also sent a message of comfort to the people of Rwanda.

“We stand in solidarity with the people and leadership of Rwanda during the 27th commemoration of the Genocide against the Tutsi. This will provide renewed determination for a peaceful and prosperous Rwanda and the EAC region,” he said.

Kwibuka27: Remembrance In The Time Of Covid-19