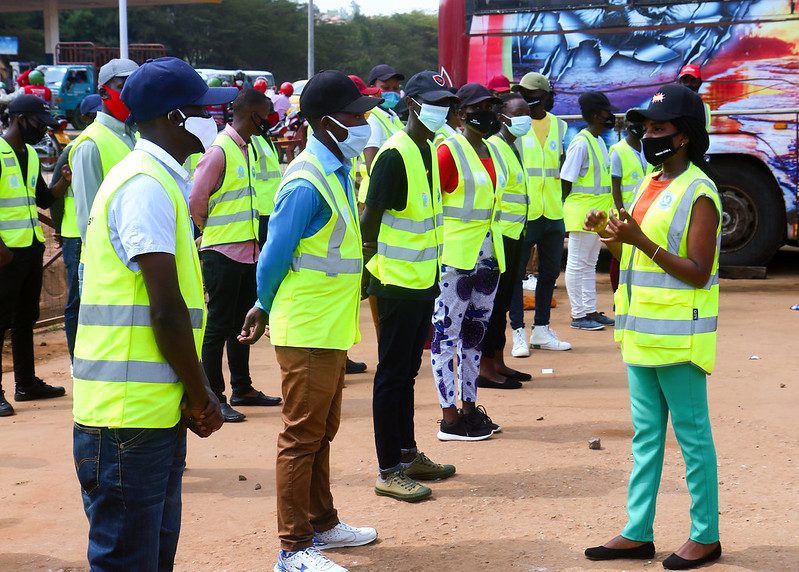 The Youth volunteers during a briefing

“I volunteer from the heart. Being indefatigable (Inkotanyi) runs in my blood. I shall work for my country for as long as I have the energy, until the youth after me can take over from where I left off,” says Janet Umutesi, a youth volunteer from Masaka sector Kicukiro district, Kigali.

Mother of two in her late 20s, Umutesi is among 380,000 youth volunteers that have voluntarily accepted to surrender part of their daily life to the country for an indefinite period of time.

They are serving the country since 2013 in several areas of public interest, but since April 2020, about 12,000 of them dedicated nearly 10 hours to the country every day to ensure that COVID-19 does not spread to the next person in a public place. 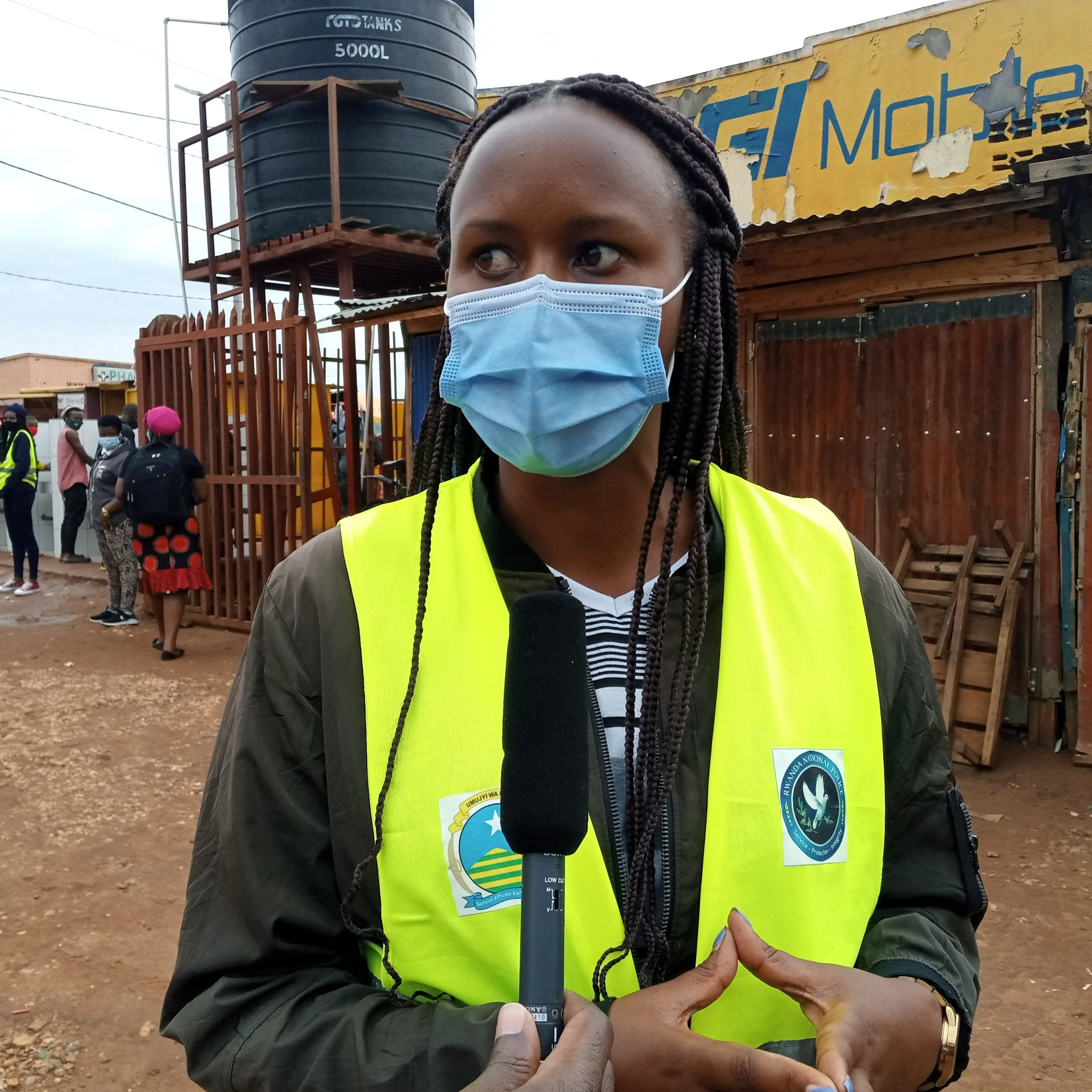 Their campaign which is summarized as “Social Distancing” consists of three things: making sure that every person who enters a public place cleans their hands, wears a face mask as required and keeps one meter distance from others.

In green jackets, they are present at any market across the country, taxi parks, bus stops, key offices, churches among other public places where contact of people could put the country at risk.

Their job is essentially to politely and humbly remind any person to comply with measures willingly, and to report the case to nearby security officials if only they realize some resistance that can expose dwellers.

Their work goes with huge cost in terms of time especially, and their only reward is; to see their community safe. 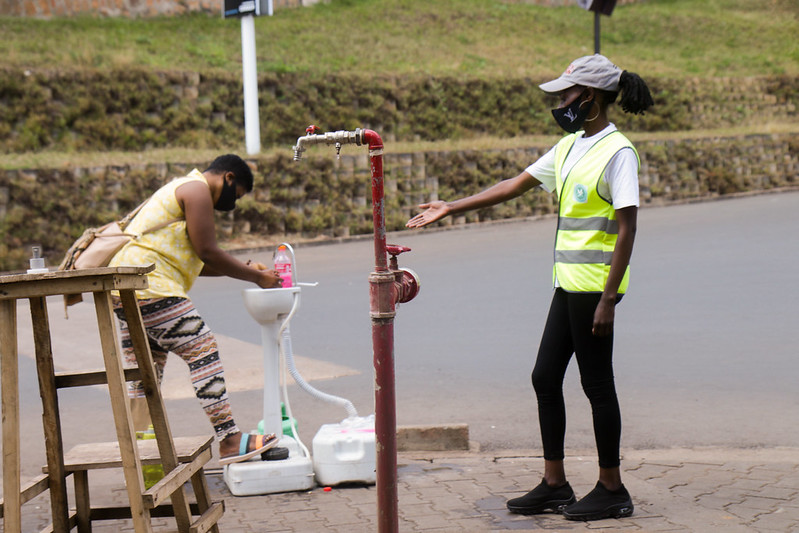 Every day since April 2020 Umutesi wakes up around 4.30 AM, leaves her children and husband at home to organize her team of 52 youth in the busiest Gahoromani neighborhood in Kabuga suburb – Kicukiro district.

The 5 minute briefing starts at 5AM, to make sure that the first person who enters the market washes hands and complies with all other measures meant to prevent spread of COVID-19.

The morning shift takes a-30 minute break at 8AM and resumes business at 8.30AM where the major business is supervision of the grocery market. The later closes at 10.30AM as a new market of several items opens. It finds the team ready to help until the end of morning shift, at 12 O’clock.

“We are not a team of vulnerable young people, job seekers; we are rather a team of people who want to contribute to the country wellbeing,” Umutesi said.

“My husband is also very supportive because he knows that I am fighting for a good cause.” 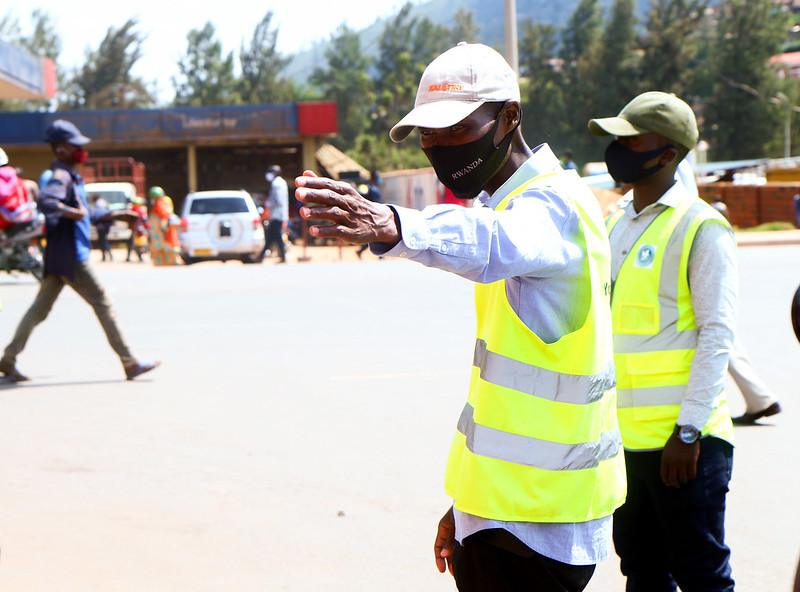 Every volunteer, is convinced that they are doing the right thing, and that if they do not serve, a disaster would happen.

“It has become routine. You cannot afford to be absent on duty; I have a philosophy to believe that when I am not there, then none else is,” says Irankunda Pacifique from Masaka sector, Rwimo cell in Kicukiro who serves with Umutesi in Gahoromani.

The beneficiaries of their services also believe, their absence would cost them a lot.

“Volunteers are people we cannot do without. We enjoy their presence because it reminds us to comply with COVID-19 preventive measures,” Claude Uzabakiriho a trader who deals in cosmetics in Gahoromani says.

“They have become the master key. If they are not here, the market cannot open. The day we won’t see them, we will know that COVID-19 is over.”

The Youth Volunteers is a big, strong organization which is built on a strong belief of helping without spending much, except their energy, and when they help one person, they have in mind the country as a whole. 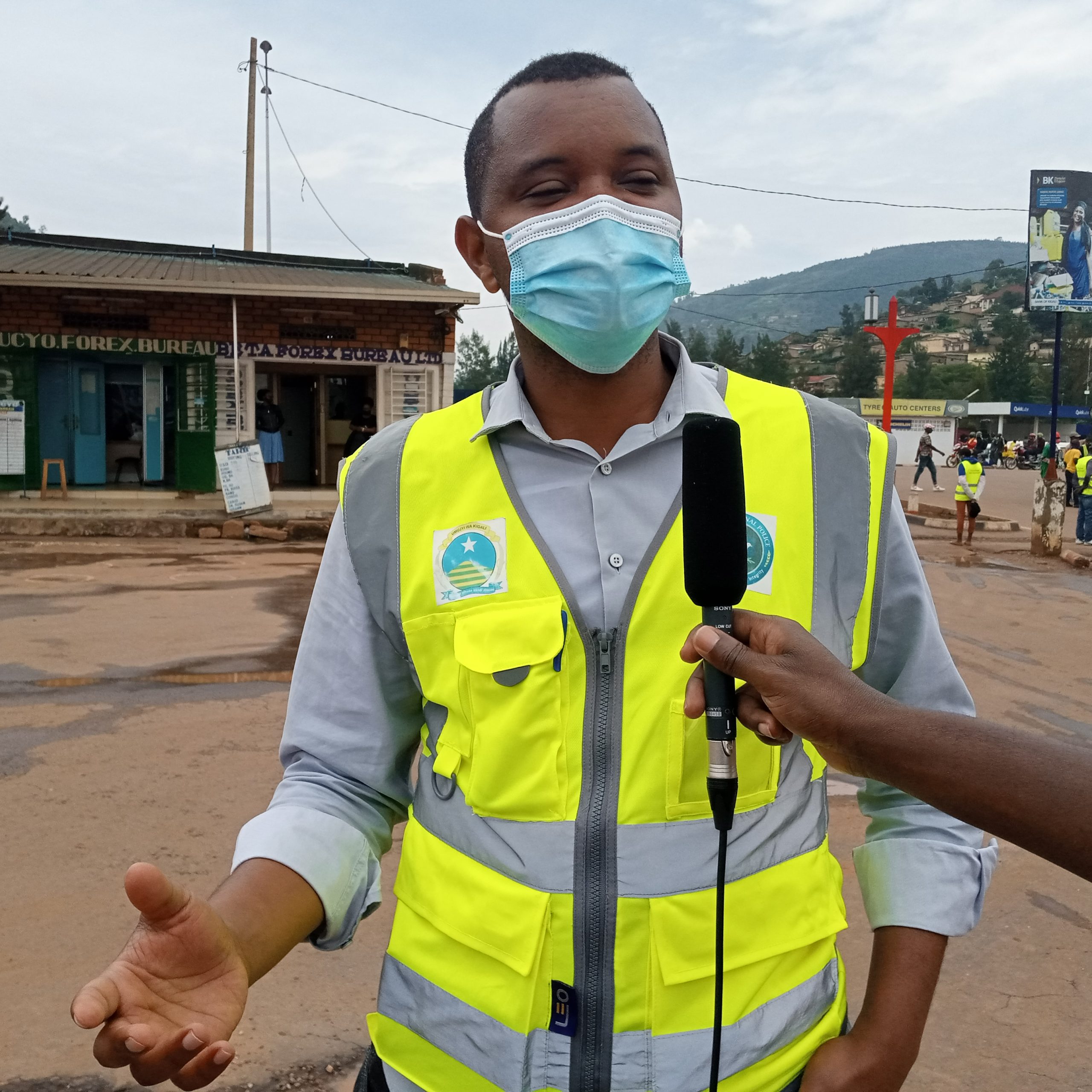 Eric Bayisenge, the Secretary-General of the organization, says that their team is organized to such extent that every volunteer can work in proximity of their neighborhood, which saves them from being obliged to require transport to/from home.

However, if needed be, one of their key partner, which is sector office provides them with patrol car to help them reach their destination, this is mostly the case in early morning hours. 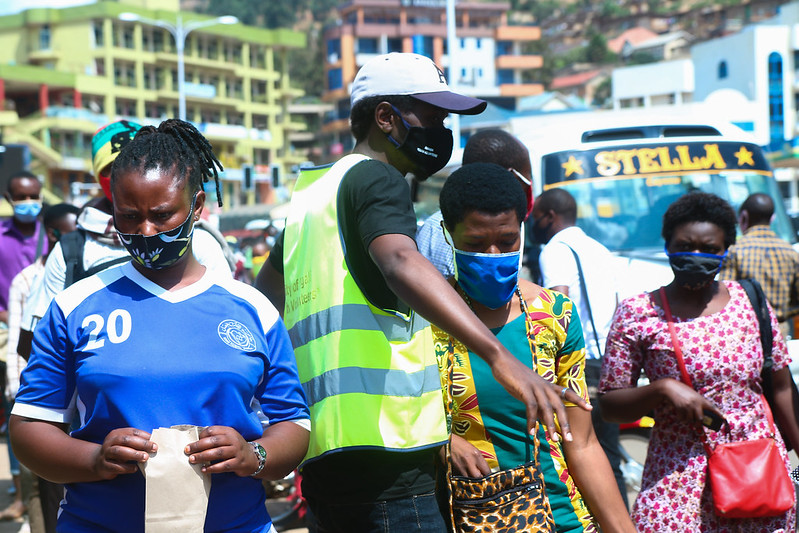 Volunteering however, he said, does not prohibit them to having money.

“Some of us operate business and it is not strange for a supervisor for example to take Rwf 2000 or even Rwf 5000 to do a tour in the city to see how people are complying. This philosophy of giving rather than receiving is shared by every volunteer,” he said.

So far, Youth Volunteers do not have any challenging day that they can recall in their life, but Bayisenge only has in mind every first day when the lockdown was lifted.

“You have everyone who wants to go out, even when they don’t really have any plan, but they just want to go out. We are vigilant during that period of time and we have to work through the day because we have so many people,” Bayisenge said. 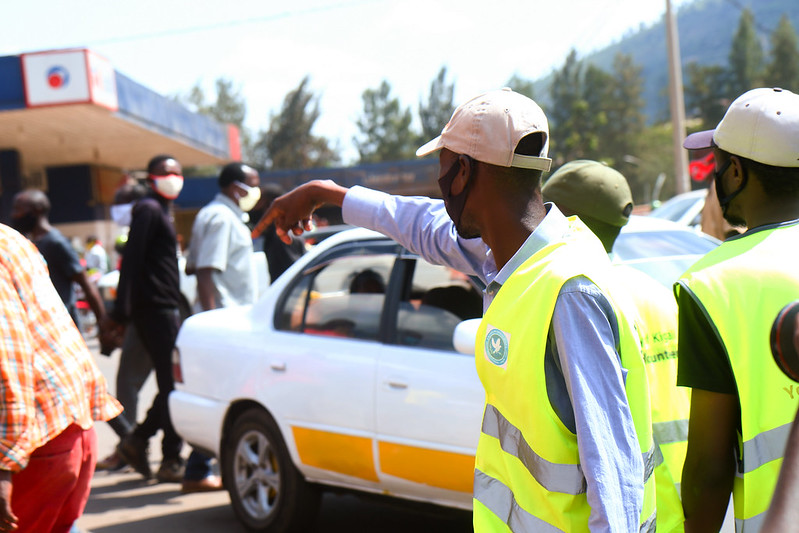 For Umutesi, she recalls a woman who resisted wearing a face mask to an extent she was obliged to call security officials to intervene.

“They closed her business for a whole day, but that is not my point; she drew a lesson and later on came to apologize, said that she would not have acted cowardly. We have become good friends and she now rebukes her colleagues when they do not comply with COVID-19 measures,” she said.

The Youth Volunteers, some have only seen them after the spread of COVID-19 in Rwanda, but they have been serving the community in several campaigns since their foundation 2013.

They contribute in campaigns against Malaria and other campaigns of public interests like construction of shelters and paying community health insurance among others.

They include youth from every walk of life in public and government institutions, university and secondary school students and all other categories in the community.

They meet every month for a community work-umuganda.

Specifically, every October is dedicated to volunteerism.

According to Bayisenge, in October 2020 only, the youth volunteers built 113 houses and 200 toilets to the needy, a project, which, in monetary terms is valued to Rwf 523 million. 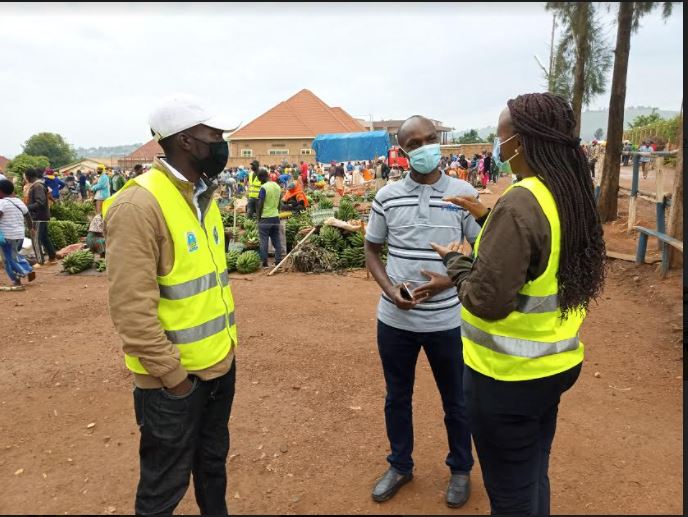 The organization could be the only successful local structure which has been operating since the last seven years without a budget whether from government or private sponsor.

“Look at the people who liberated this country. They did not have money. We operate under such spirit,” said Bayisenge.

“We don’t ask volunteers to contribute money, but their strength. By the way, we don’t have a bank account as youth volunteers’ organization.”

Indeed, the organization which was found on October 1, 2013 seeks to get inspiration from Rwanda Patriotic Front (RPF) Inkotanyi’s resilience. 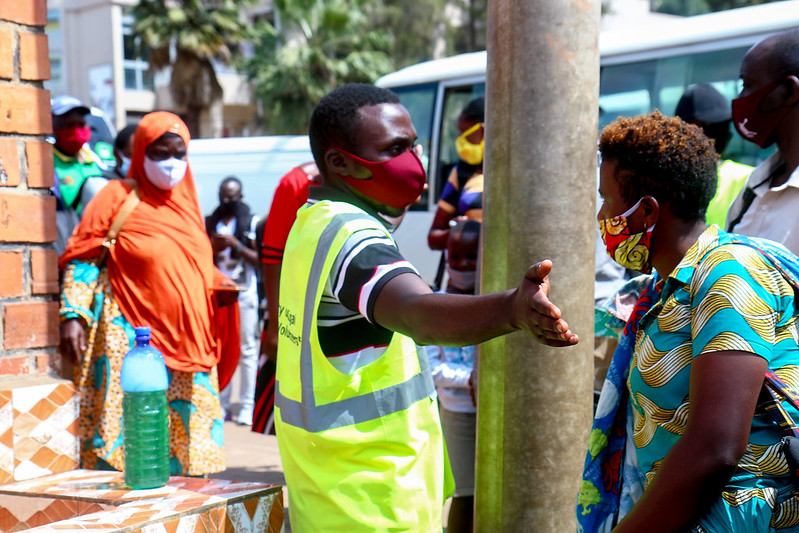 Meanwhile, public institutions which have the campaign to conduct; like nutrition campaign, or intervention when there is a disaster, is allowed to request to have a number of volunteers for that fact.

“When we give volunteers, we don’t charge money. The public should only understand that a volunteer is not a superman/woman who can work 100kilometers by foot or spend days without eating. Of course, we can do if need be,” Bayisenge said.

“One would for example need to transport them to field, provide drinking water or something else when they take them. However, we do not put any condition whatsoever.” 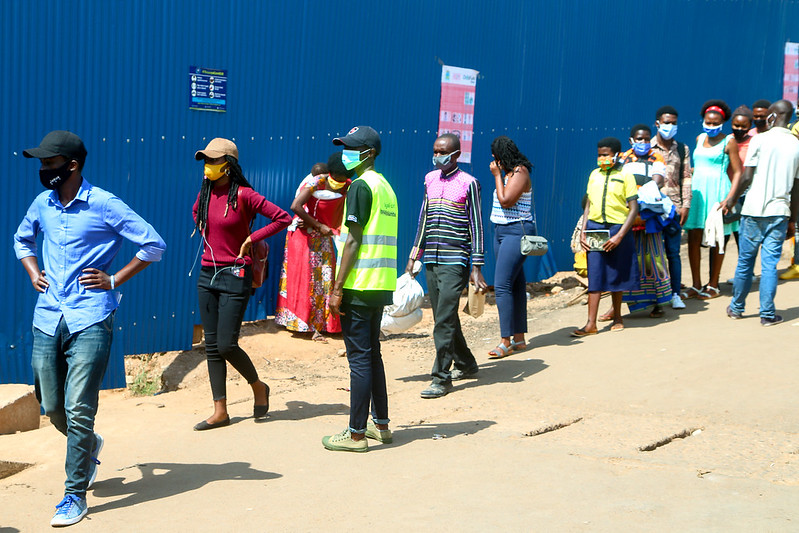 Volunteers also have commissioners and a disciplinary committee.

They were born from an idea of a university student who sold the idea to colleagues.

Seven years later, they are now a community of nearly 400,000 committed young men and women.