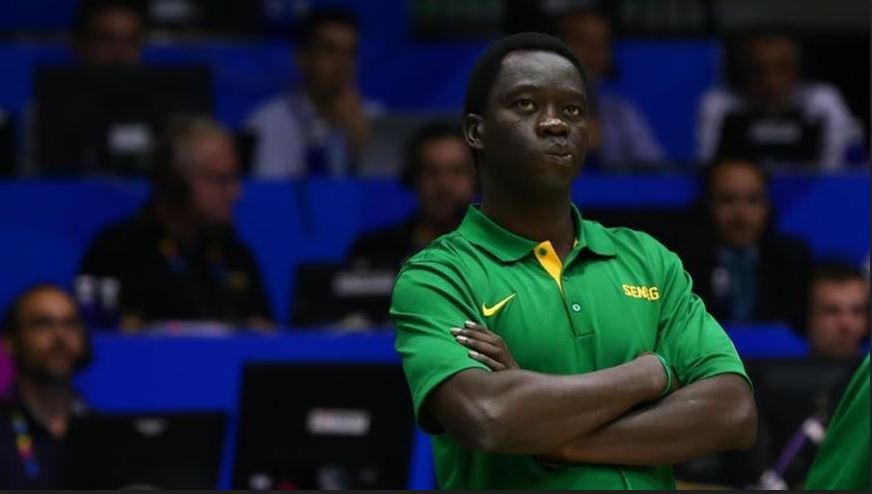 Senegalese Cheikh Sarr has been appointed as Rwanda’s new head coach on a one-year deal, the Rwanda Basketball federation (FERWABA) announced on Monday.

“FERWABA is excited to welcome Dr. Cheikh Sarr to the Rwanda national basketball coaching staff.” FERWABA said in a statement

“Dr. Cheikh, who is originally from Senegal, is the newly appointed Head Coach for the Men’s and Men’s National Baksteball Teams.We are extremely delighted to have him on board.”

“Dr. Cheikh, who began his coaching carreer in 2007, is extremely passionate about basketball and has an extensive background to show for this.”

“His educational merits and high basketball IQ,coupled togather with his coahing experience for the Senegal National Basketball team make him the perfect addition for the Rwanda squad.”

The Senegalese sparked rumours about his future in February when he was invited by FERWABA to stay with the Rwandan national side during the Afrobasket qualifiers in Monastir, Tunisia.

While in Tunisia, Sarr helped interim coach Henry Muinuka in training sessions and was regularly spotted sitting courtside during games

Sarr,who appointment “takes places imedialtely”, will be in place when Rwanda host the Afrobasket scheduled from August 24 to September 5, in Kigali.

He brings years of coaching experience having previously worked with the Senegalese national men and women’s national teams, building his home country into one of the strong on the continent.

He was also the man behind Senegal’s impressive performance at the 2014 FIBA World Cup, when they reached the second round of the FIBA Men’s Basketball World Cup for the first time.

He also holds a PhD in Psychology of Sports and a Masters in Sports Educations.