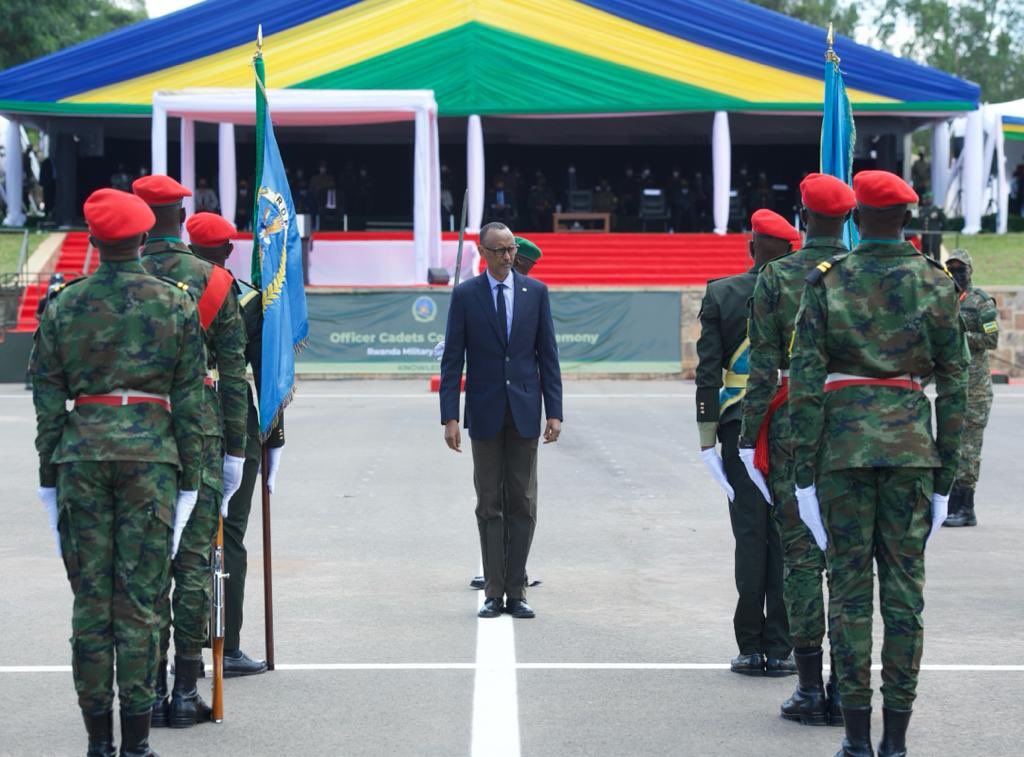 President Paul Kagame says Rwanda strengthening and equipping her army should not worry anyone because the primary objective is not to destabilize or threaten any other country.

The Head of State, who is also the Commander-in-Chief of Rwanda Defence Force (RDF), made the remarks on Monday while commissioning 721 cadet officers who completed their training at Rwanda Military Academy -Gako, in Bugesera district.

President Kagame said that Rwanda invests in training and equipping the military with the right skills not only to ensure the safety and security of the country but also ensuring that RDF continues to be a key pillar in national development.

“RDF has a unique history of working closely with the citizens and this has resulted into our development as a nation. I encourage you to continue in that line and to remain steadfast to this objective of transforming our country,” President Kagame said.

He told the new officers that for that for the country to be able to develop itself and be where it wants to be, it is vital to have a strong and well-trained army with good conduct and discipline.

“Each RDF officer has a role to play. If we must build the capacity we want, it is important that each one of you makes his or her own contribution and also conduct yourselves in the best way possible,”

“The task at hand and the mission of RDF is to make Rwanda and Rwandans feel secure, to go about their activities peacefully,” he told the officers, adding that among other tasks, they are trained to contribute to the development of the country.

President Kagame said that Rwanda strengthening the capacity of its military should not worry anybody because it is for the country’s own benefit and not to threaten others. 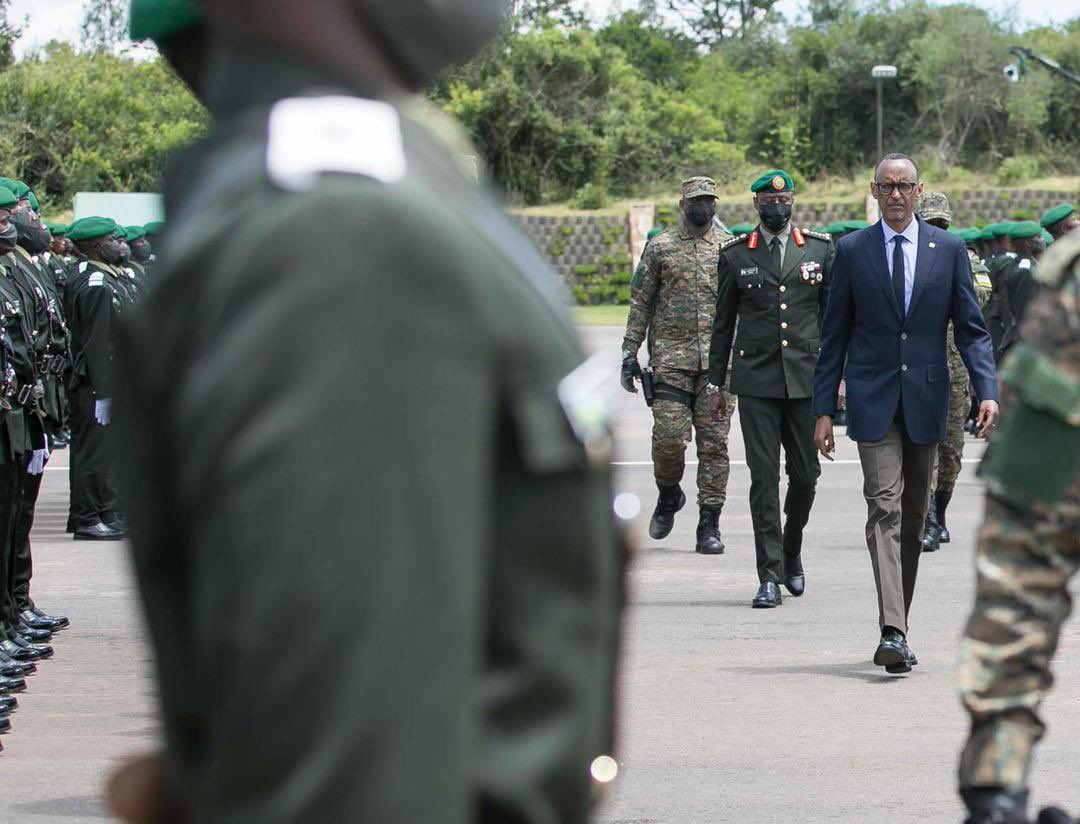 “Strengthening and building the capacity for our army should not worry anybody. Starting with our neighbours, we will do whatever it takes to maintain good relations, whether it is our neighbours in the east, west or north,”

“The reason we are strengthening our military is for our own security and stability, which we can build on to transform and develop our country. But this is also to show that whichever threat that can come our way can be dealt with decisively,” President Kagame said.

President Kagame emphasized that while Rwanda seeks peace, it would not tolerate anybody wishing to destabilize the country, which is why the army is well trained and equipped.

“We will use this capacity to deal with whoever is wishing to destabilize our own security. We don’t want to use our capacity and strength outside the country or to threaten others. It is for our own safety.

“Anybody wishing to destabilize the security of our country will have it rough. The cost will be too high. They would pay a price they wouldn’t imagine,” Kagame said.

President Kagame also pointed out that RDF seeks to use its capacity to create peace elsewhere when needed, through peacekeeping efforts as it has always done in other countries when called upon by the United Nations Peacekeeping operations.

He reminded the officers that they have started a journey of leadership in the army and should always remember their primary assignment is to work for Rwandans -a call they should take seriously and take on with zeal. 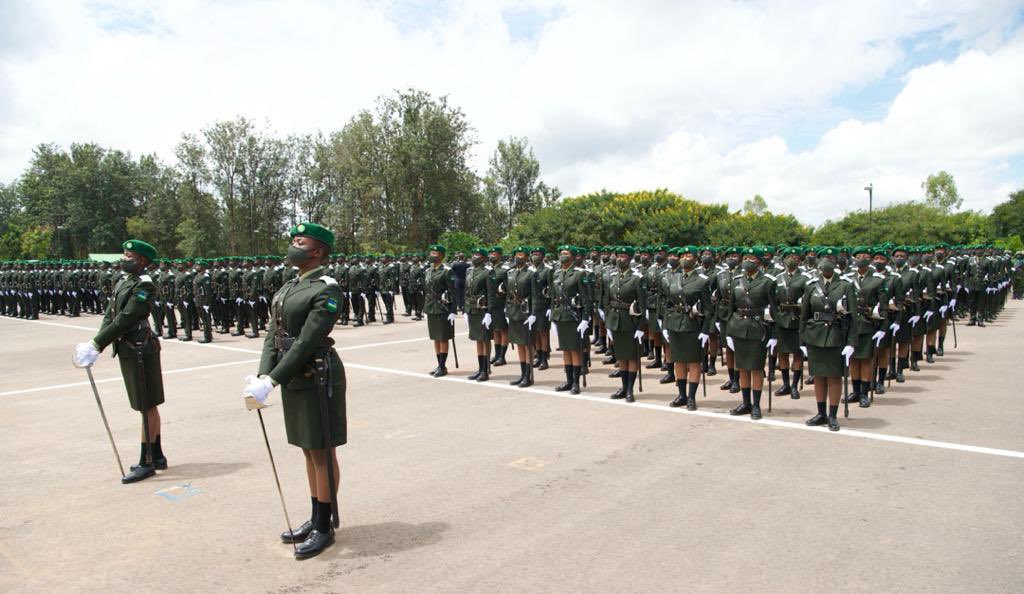 71 female officers cadets were among the graduates.

He commended Rwanda Military Academy for its continued efforts to train and equip the military with much needed skills that are important for the country’s development.

According to Maj Gen. Innocent Kambandana, a total of 721 officers graduated, they include 71 females. A total of 209 cadets jointly pursued military training and bachelor’s degrees in social and military science, general medicine as well as mechanical and energy engineering.

The second category had 506 cadet officers who did a one-year military training course. They include 347 RDF non-commissioned officers and 159 civilians who joined with a Bachelor’s degree.

Six of the graduated cadets completed training in different countries including Belgium, Kenya and Sri Lanka.

“The journey had been a tough one. 62 of those we started with were not able to complete the course due to various reasons, including health, lack of discipline and failure,” Maj. Gen Kabandana said.

He pointed out that the partnership with University of Rwanda since 2015 has been vital in nurturing skills and training and new science disciplines such as physics, biology, chemistry and physics have been added.

Maj. Gen Kabandana said that the military academy is also looking to expand with new facilities and infrastructure aimed at improving how education and training are offered. 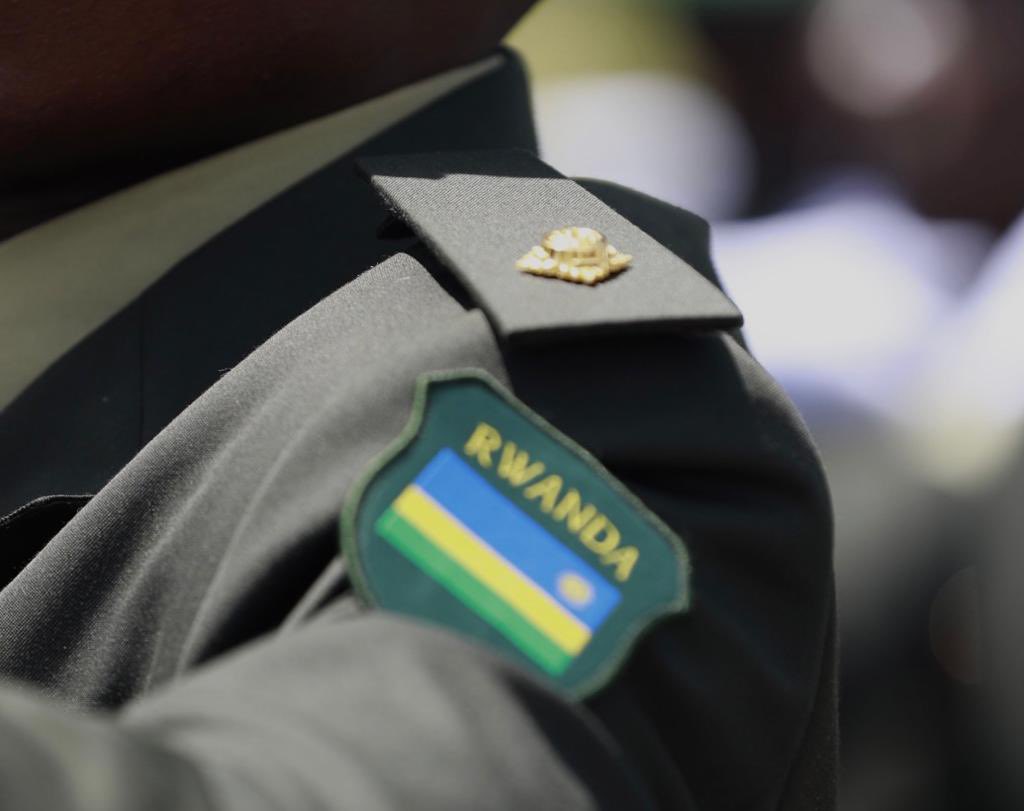 The graduating officers were conferred with a rank of Second Lieutenant.

Peter Karasira, a parent of Fred Sakindi, one of the graduating cadets, said that he was delighted to see his son graduate with a rank of 2nd Lieutenant, pointing out that he felt proud that he had chosen the path of defending the country.

“I feel proud that he is graduating. As a parent, I feel I have contributed to my country and I am happy that my son will go on to contributed to the security and stability of the country,” Karasira said.

Godelive Kampundu, a widow, said that seeing his son Tresor Iradukunda graduate from the military academy was a fulfilling moment for her, having raised him without a father and that she could not be prouder seeing him commissioned with a rank.

2nd Lt. Aline Niyitanga, one of the graduating female cadets said that completing the course and graduating was a fulfilment of a dream she had had since childhood, of joining the army.

President Kagame rewarded the best performing cadets who included 2nd Lt. Fred Rugamba, who emerged the best among those who pursued 4-year courses and 2nd Lt. Jimmy Rutagengwa who was the best in those who did three years while Alphonse Niyibaho was recognised as the overall best cadet. 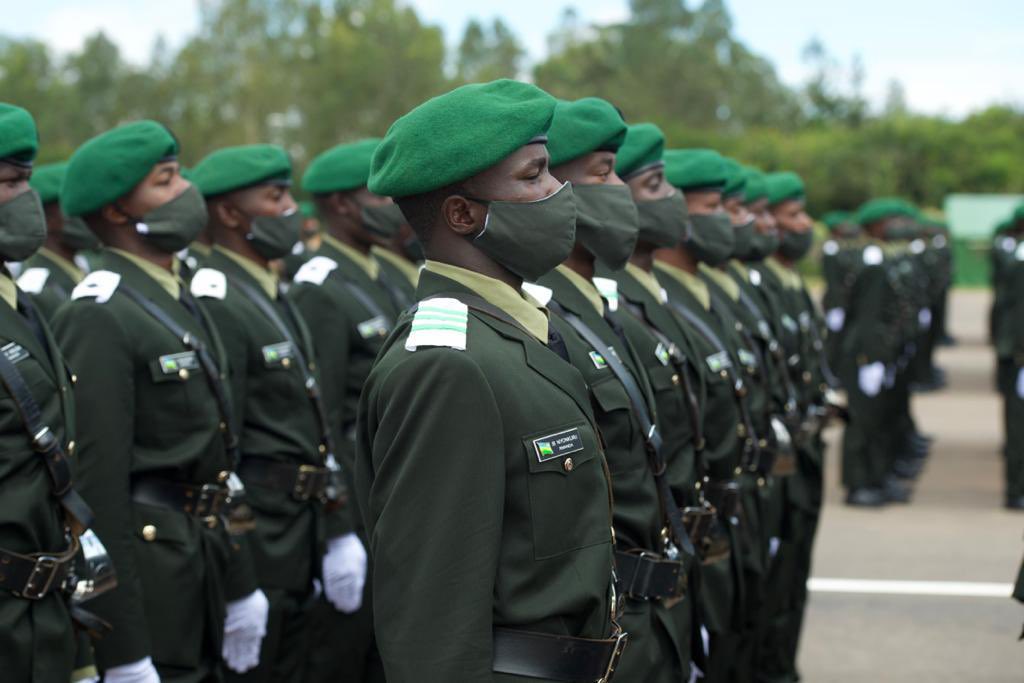 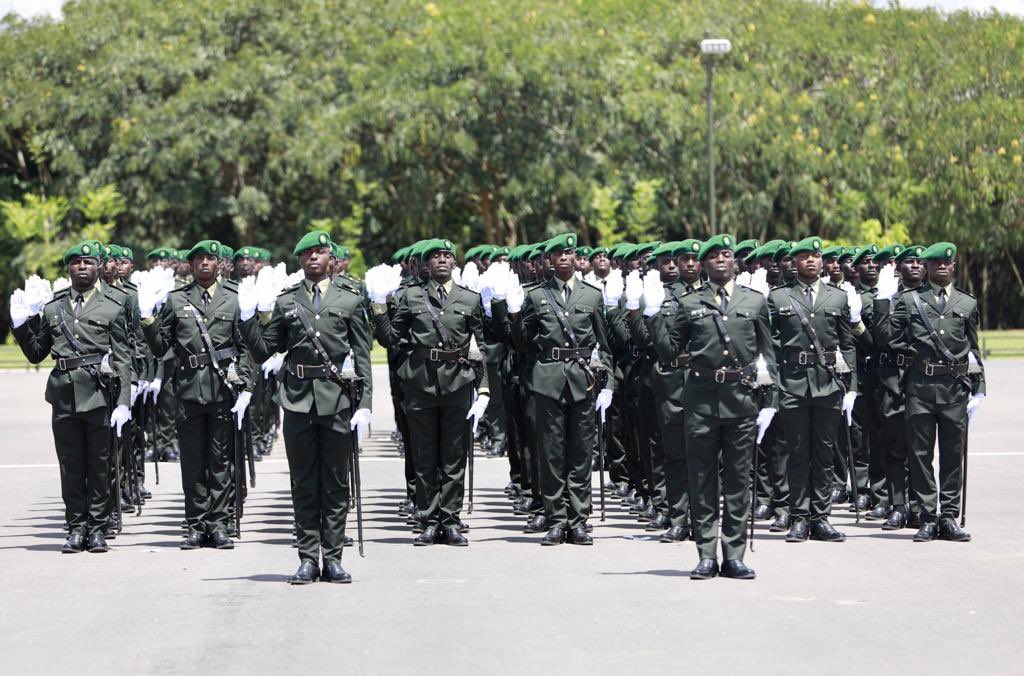