Commonwealth has launched a booklet dubbed ‘student pack’ that focuses on teaching students about the Commonwealth, its values and its benefits.

The booklet was launched by Lord (Tariq) Ahmad of Wimbledon, UK Minister of State for the Commonwealth yesterday.

The minister was in Rwanda to discuss Rwanda’s preparedness to host the Commonwealth Heads of Governments Meeting (CHOGM 2021).

The booklets titled ‘Learn about the Commonwealth’, written in English and Kinyarwanda language will be distributed to Rwandan secondary schools two months before Rwanda hosts CHOGM for 2021 in June.

With twenty-six pages, the booklet that indicates a total number of Commonwealth member states and their respective flags was launched at the Girl effect Rwanda headquarters in Kigali city on 30 April 2021.

The student’s pack also highlights other Commonwealth charter values including access to health, education, food and shelter, sustainable development, young people and development, separation of power, rule of law, recognition of the needs of the small states and democracy, and Human rights.

“Girl’s education is a UK priority. That is why we are calling for 12 years of quality education for all girls by 2030,” Lord Ahmad said.

“Our partnership with Girl Effect supports our efforts here in Rwanda to empower girls and enhance their opportunity to learn. This Schools’ pack is an excellent initiative that will have an impact right across Rwanda,” Lord Ahmad said.

He added that the booklet will help even students in the most remote areas to understand the Commonwealth, its values, and what membership means for the people of Rwanda.

The booklet was produced and printed in partnership with the British High Commission in Kigali and Imagine we and Girl effect Rwanda−a nongovernmental organization that helps Rwandan girls aged 10-19 to fulfill their potential through education and innovation.

According to Imagine We and Girl Effect Rwanda, over 8000 booklets have been published and more will, under the Bank of Kigali sponsorship.

To help girls, Girl Effect Rwanda organization works across four areas including partnering with leaders to deliver for girls, developing innovations in girl programming, working through a program dubbed ‘Ni Nyampinga’ that inspires and enables girls to excel. 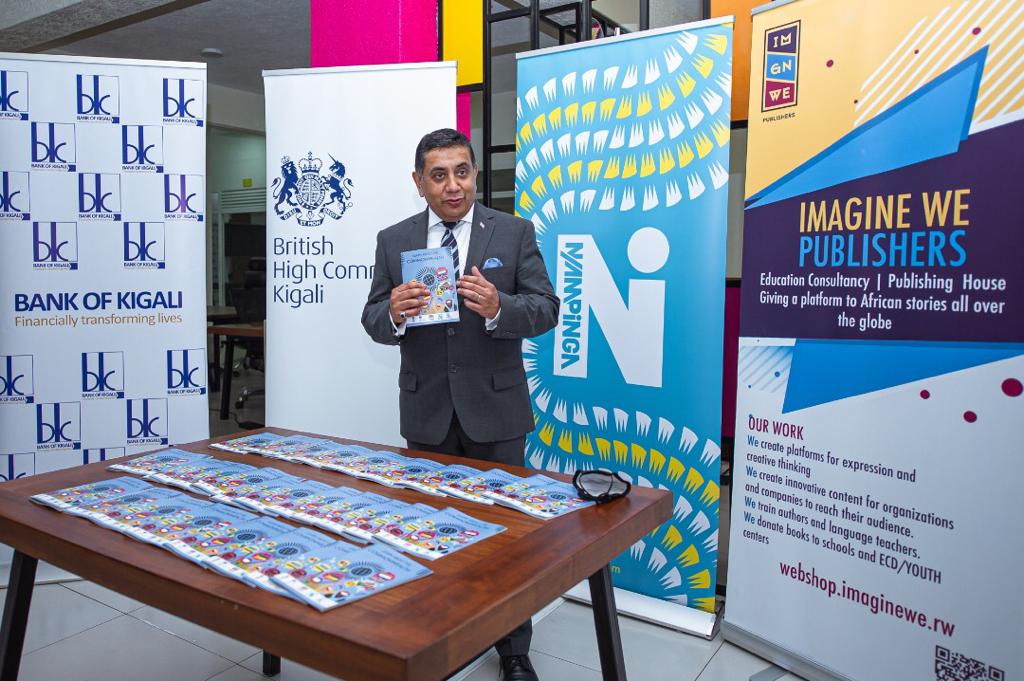 The booklet is the latest in a series of communication materials produced and distributed to empower adolescents to make positive life through making better choices, create social behaviors change, and enable young people to understand the Commonwealth, its values, and what it means to them, both now and in the future.

With the same message of promoting girl’s education, Lord Ahamd visited African Leadership University (ALU) where he urged students to always think about how they can contribute to the development of Africa and the world at large.

“When you educate a girl, you are educating the community, the country, but also the world,” Lord Ahmad said.

Lord Ahmad also said that education for all children, respecting human rights and environment and climate protection are key values for the commonwealth organization.