President Paul Kagame has urged members of the ruling party the Rwandese Patriotic Front (RPF-Inkotanyi) to never rest on their laurels and settle for less but instead aspire to achieve much more that they can imagine, using limited resources.

The Head of State, who is also the chairman of RPF Inkotanyi, made the call on Friday during the Extended National Executive Committee meeting at the party headquarters in Rusororo, which brought together about 650 members representing different party organs in the country.

The two-day political bureau meeting which continues on Saturday is discussing key topics including the mid-term review of the party Manifesto of 2017-2024, and the status of Covid-19 in the country and its impact on the economy.

During the two-day meeting in which special guests including national leaders and youth representatives were invited, President Paul Kagame said that the RPF ideology has always been about not settling for less, exercising strict discipline and effectively using limited resources to achieve more.

The Minister of Finance and Economic Planning, Dr. Uzziel Ndagijimana made a presentation on the mid-term progress in the implementation of the 7-year RPF manifesto, which showed that 49 (or 51 percent) of the 97 projects of action the party had promised to deliver, were achieved at a level between 85 percent and 100 percent.

Despite the impact of the Covid-19 pandemic in 2020, Dr. Ndagijimana indicated that the RPF government was on course to deliver on its promises in all the three pillars of the economy, social protection, Governance and Justice by 2024.

No room for complacency

Sensing a sense of satisfaction, President Kagame was however not convinced, pointing out that the numbers shared were not enough for people to get comfortable and start getting complacent or feeling that they have already achieved what they set out to do.

President Kagame said that while the numbers look good and show where the country has come from and where it is today, there is still a long way to go and people should not be getting lax, calling for concrete strategies and actions to tackle the challenges the country still faces.

“You are satisfied to have 30 percent or to have little of what you intend to achieve. To be satisfied with less than good is a serious mentality problem. That is not the way to do things,” President Kagame said, particularly stating that there is a need to reduce time needed to address certain challenges.

He said that if a problem can be solved in one week or so, it shouldn’t take six months or so, yet it can be addressed in the shortest time possible.

“Time lost is time is time gone. You will never recover it,” the RPF chairman said, reminding them that whatever Rwanda sets out to do is for the benefit of all citizens and not just a few people.

“The ideology on which the RPF is built and what makes it have an impact requires a high level of discipline. Without discipline, you will achieve maybe 30 percent of what you set out to achieve and that will end up benefiting a few people,”

“Some people tend to get comfortable with that 30 per cent. That is not who we are. RPF is not about choosing a few to benefit. Not so and so’s child and not people of a certain region. Our ideology is built around benefitting all Rwandans without any form of discrimination,” he said.

He said it is that spirit that has helped the ruling party to achieve more over the last 27 years, despite the minimal resources at its disposal, citing the country’s response to the pandemic as an example that stood out not just in the region but in the whole world.

During the interactive session President Kagame urged institutions to work in coordination to save time and to quickly find solutions to challenges that stand in the way of the country’s development.

He said that for things the country can afford or find the money to do, there is no need to waste time in bureaucratic processes and other formalities that hamper progress.

“Why should a problem that would take a month to solve take a whole year? The more you procrastinate, the more you lose. Even lives can be lost throughout the process. These are the lessons we should take from problems like the Covid-19 pandemic,” he said.

Under the RPF system, President Kagame said that nobody is above the law and each and every member must be accountable in their actions and responsibilities.

Not bothered by Detractors

President Kagame said that a lot of accusations are levelled against the RPF and Rwanda, most of them unfounded or with a hidden agenda, but the party remains focused on its resolve to do things it promised Rwandans without paying much attention to detractors.

“In being criticized, we gain more strength and the resolve to do more of what we set out to do. There will always be people talking, criticizing us. We cannot stop them from coming up with all sorts of allegations but of course they can’t stop us,” he said

He urged young people, especially those being nurtured to take up the leadership mantle, to be on the look out for such external factors or actors whose intention is mainly to control them and to make decisions on their behalf.

“They even go as far as choosing leaders for you. Even when you think you are allying with them, they will still come for you,”

“When they cannot get rid of you, they slow you down. But no one among them is God. They are humans like you and I,” he said, calling on you leaders to have self-worth, which is what is needed to fight off the undue influence, along with discipline.

“We have to identify who we are, our best interests and how to achieve those interests. If you are not disciplined, it will be difficult for you to come together and do what serves your best interest.

President Kagame used an analogy of grasshoppers, pointing out that those who eat them will first confine them in a container where they will go at each other, trying to survive. After tearing each other apart, they end up in the same frying pan and eventually eaten.

“When you are unable to identify what you want and what will serve your interests as a people, that is how you start to have the wrong values. And that is how they play us against each other,”

“There are so many young people we have put in positions of leadership both at the National and Party levels. You have to make your choice. Will you choose to be a grasshopper?” he said.

The Minister of Health Dr. Daniel Ngamije gave the meeting an update on the fight against Covid-19 as well as the progress in achieving health targets.

There was a panel discussion on “reimagining business and Trade in the Covid era” featuring the Minister of Trade and Industry Beata Habyarimana, the Chairperson of the Private Sector Federation, Robert Bapfakurera, the CEO of Rwanda Development Board (RDB), Clare Akamanzi and young entrepreneur Bobson Rugambwa 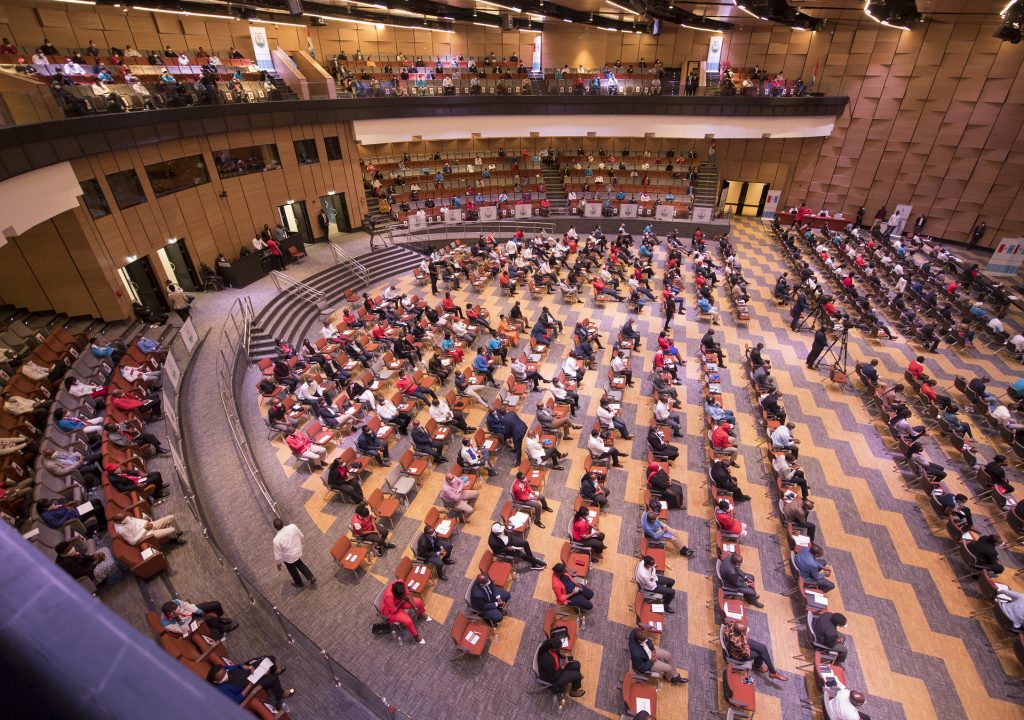 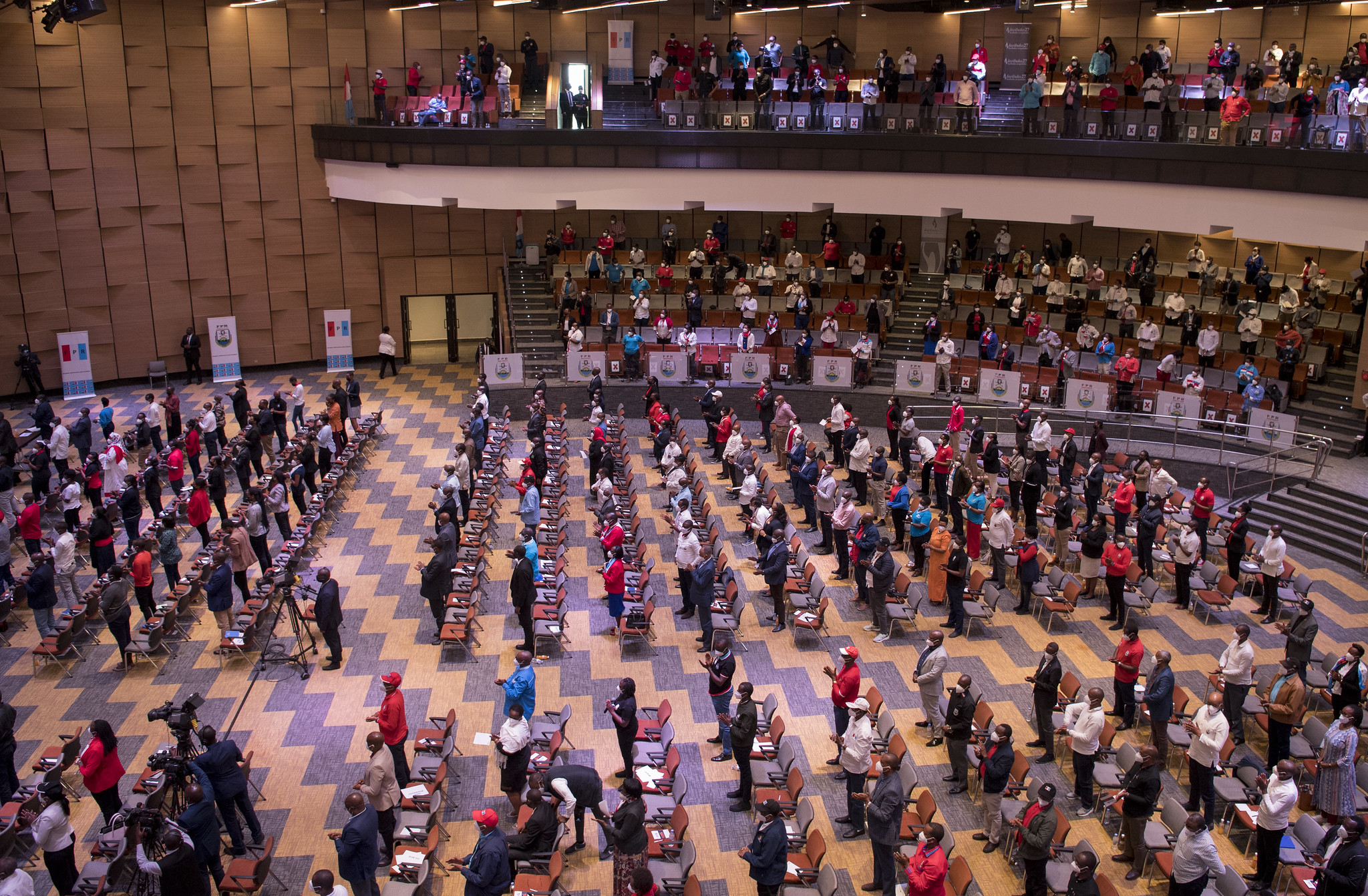 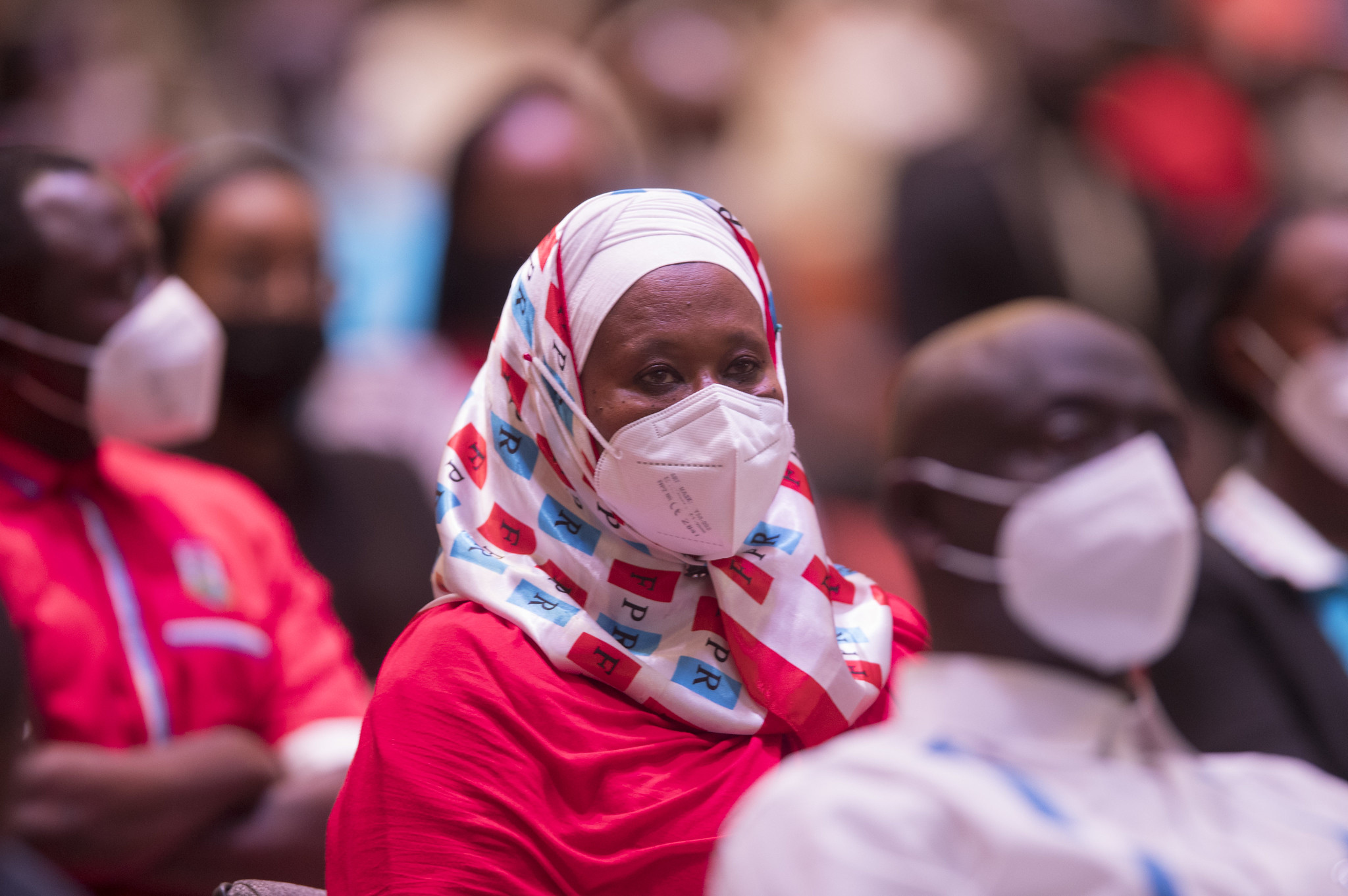 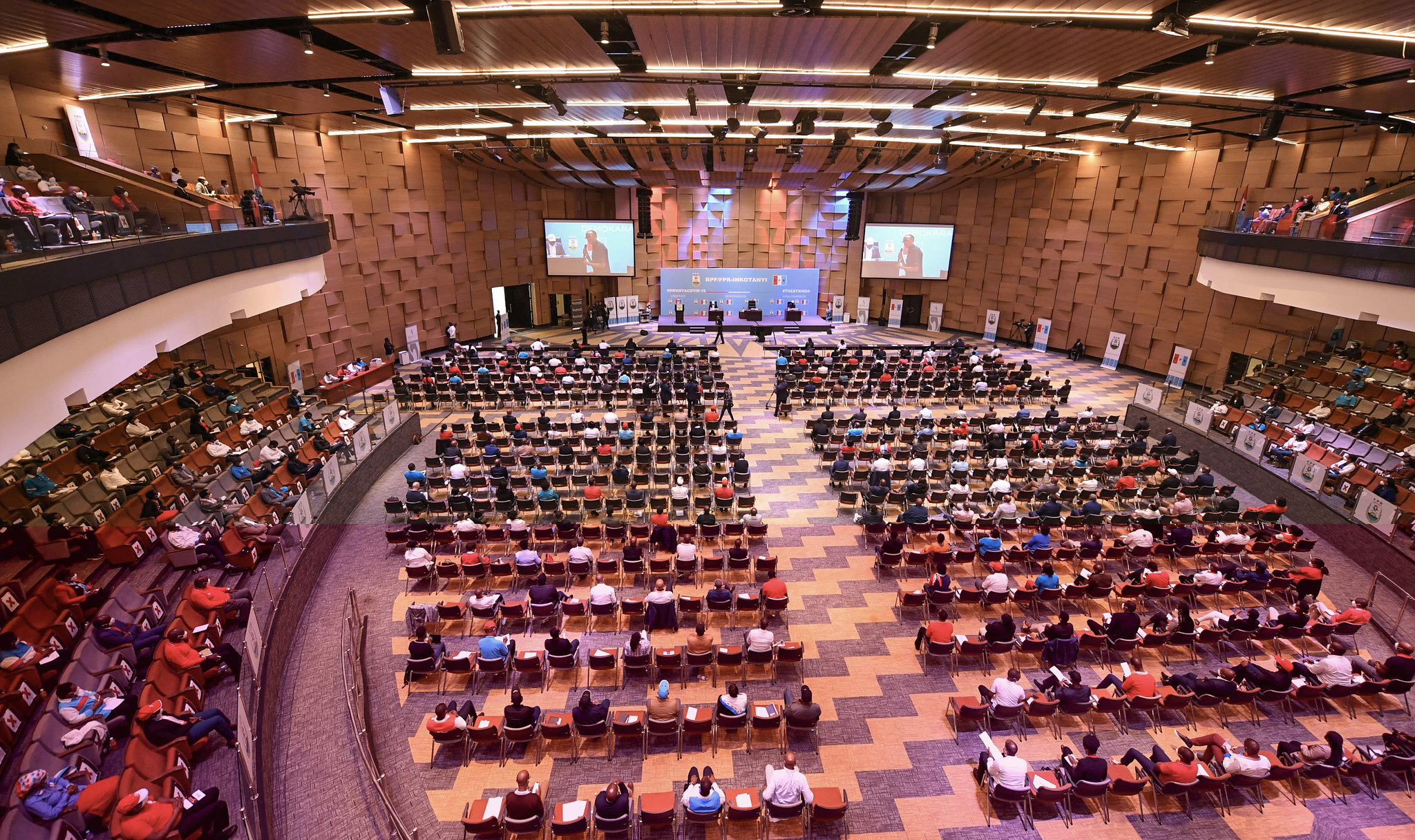