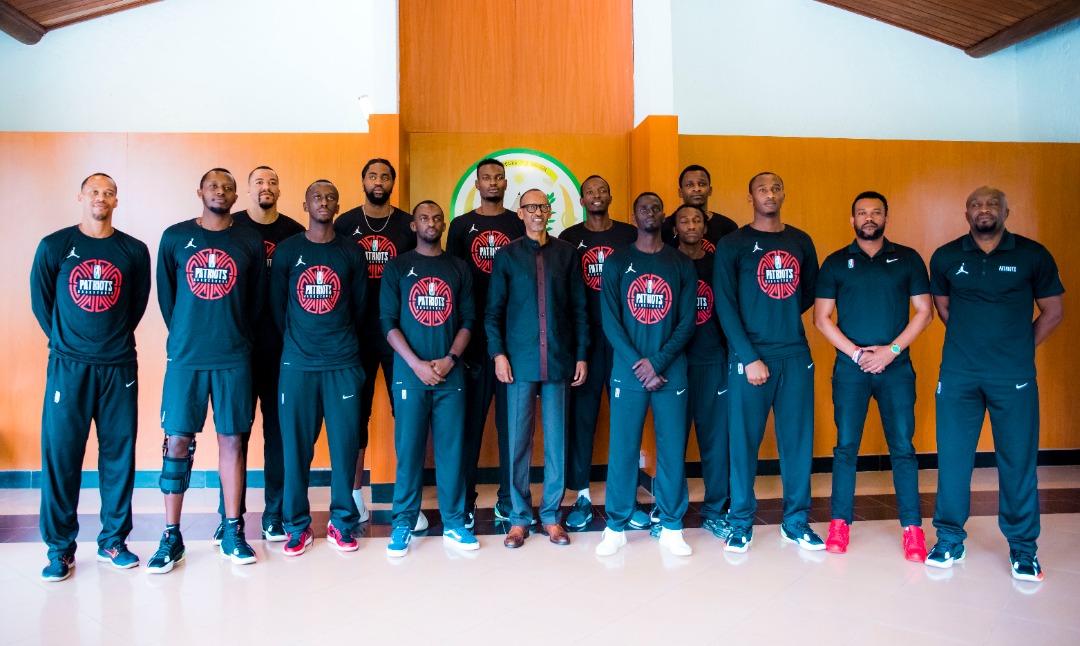 President Paul Kagame has congratulated the Patriots Basketball Club for its efforts in the just concluded Basketball Africa League (BAL) after the Rwanda side finished fourth overall in the inaugural continental tournament.

The Head of State hosted the players, coaches and management team to congratulate them for representing the country well in the highly competitive tournament which saw Egyptian giants Zamalek lift the trophy after defeating Tunisian side US Monastir in Kigali on Sunday.

“Winning and losing are part of life. When you lose, don’t waste that loss, because that loss brings to you lessons to learn. If there’s a process that makes you better, that is winning,” Kagame said. 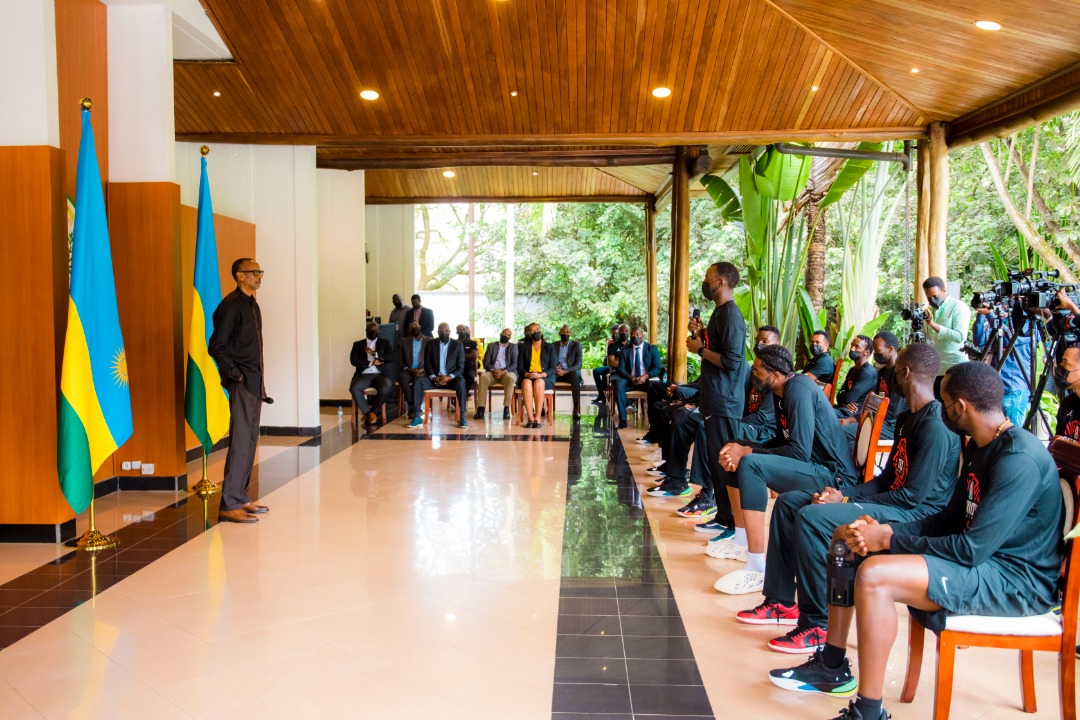 “I wanted to congratulate you and thank you for all you did throughout the event around the BAL. I am sure you might be feeling unhappy because you did not lift the trophy but I think you should be proud; you should be happy that you made others proud as well,” President Kagame told the team.

President Kagame told the team that their participation was very important for the country which hosted the tournament and the people who supported them. 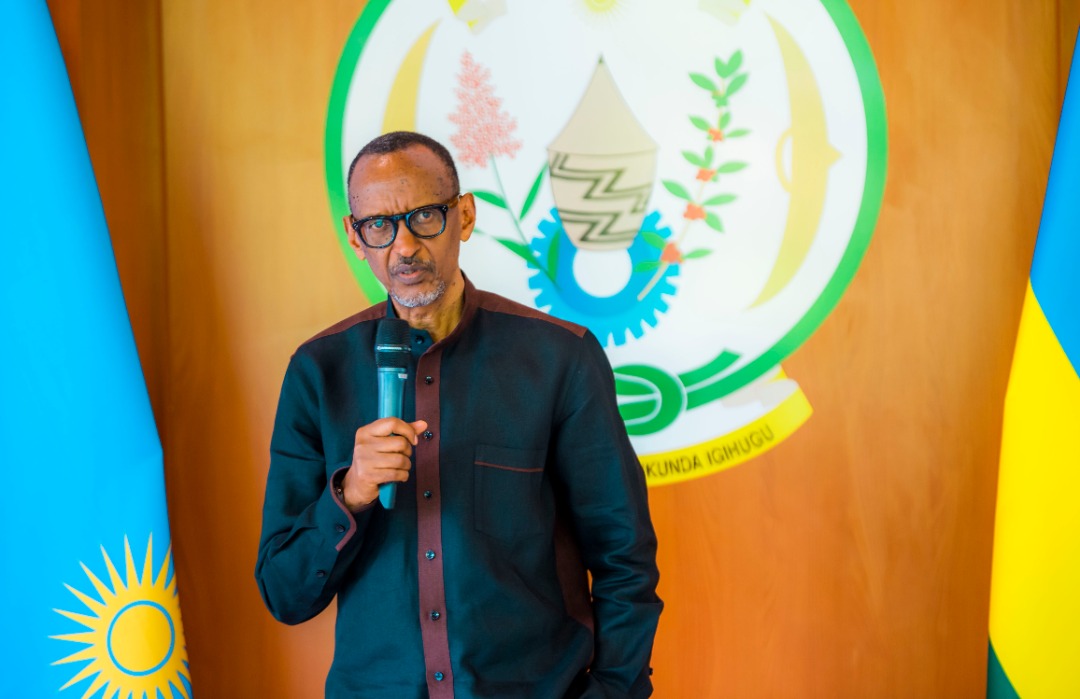 “You gave meaning to our country hosting the BAL. That in itself is something you should be proud of. I am sure that what you did not achieve this time around, you must be thinking of and planning to achieve it next time,” the president further said.

“Winning and losing is part of life. In life, in everything, you win some, you lose some. It doesn’t matter who you are, it doesn’t matter where you come from, there is always winning & losing. But the best way to look at it is that there is winning in losing,” he added.

“When you lose, don’t waste that loss. Because that loss brings you lessons to learn. What can I do better? What did I not do so well? And why? Then in answering those questions, you make yourself better. And I think that is winning,” he said, adding “If there’s a process that makes you better, that is winning.” 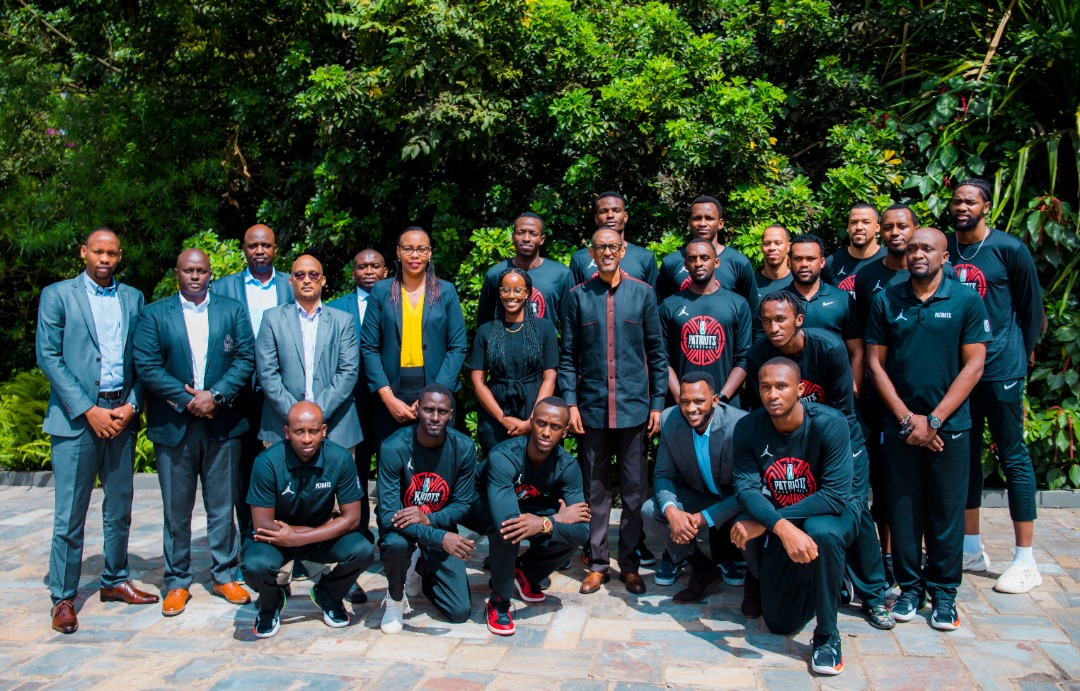 He said that as a country, Rwanda is looking to invest in other sports activities as well but the Patriots have their share, which they have earned already by being there and doing what they have been doing.

“We promise we shall give you your share of support,” President Kagame told the players who were accompanied by the Minister of Sports, Aurore Mimosa Munyangaju and other officials from the Ministry and the Basketball Federation of Rwanda.

The players, led by captain Aristide Mugabe, had an opportunity to interact with the Head of State. The Patriots were ousted by Tunisian side US Monastir in the Semi-finals and lost the 3rd place to Atletico Petroleos de Luanda 97-68. 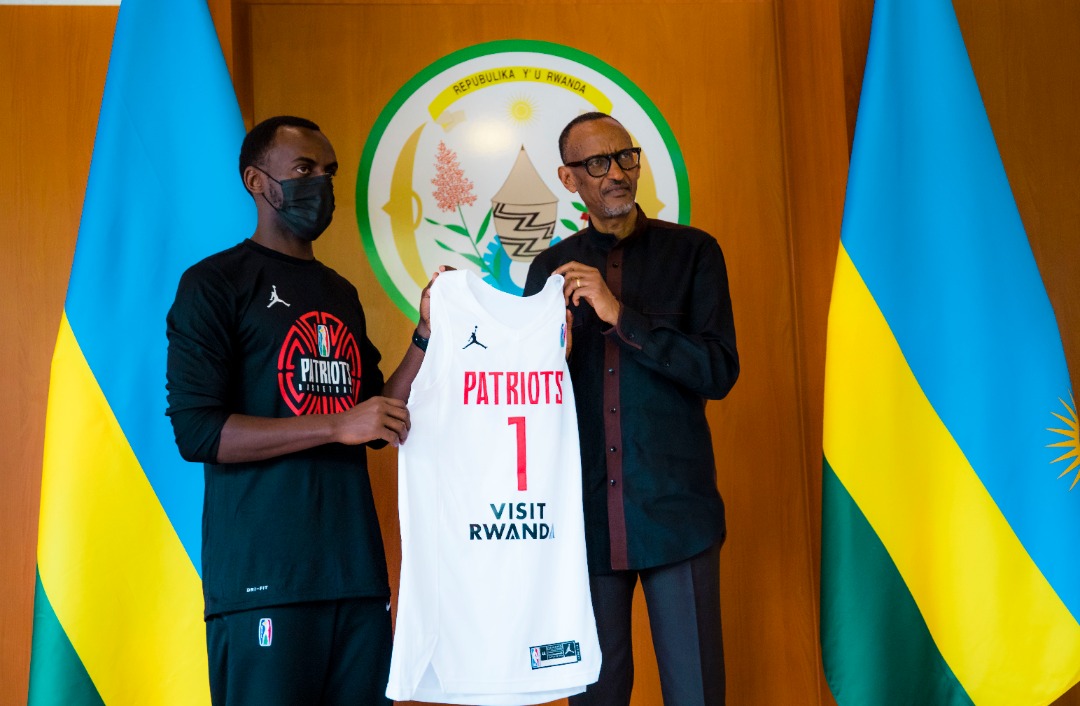 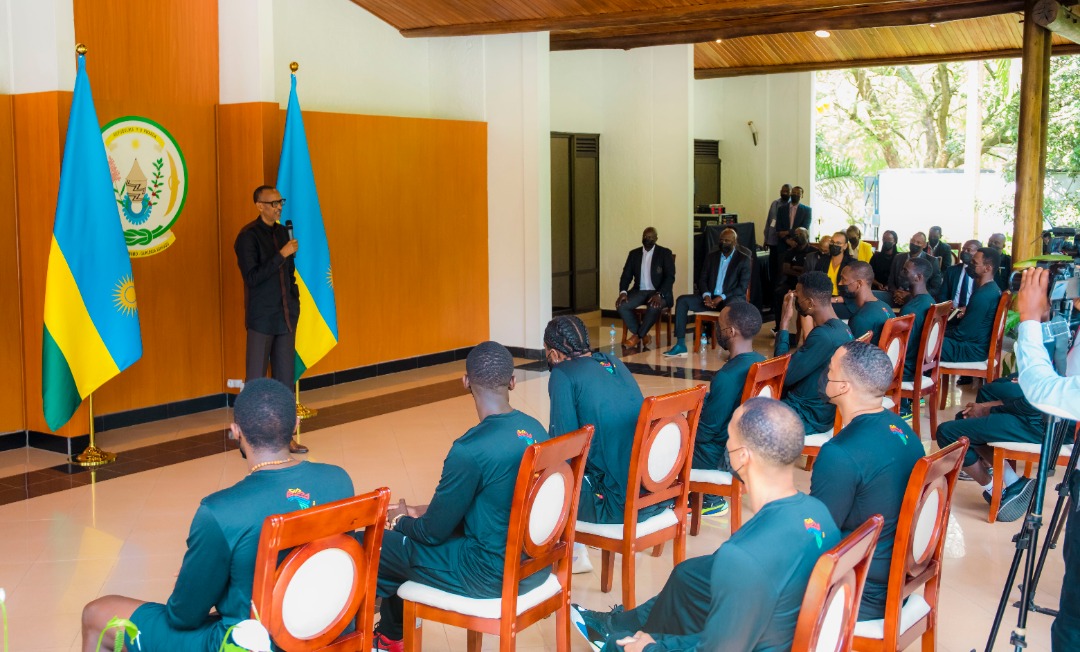 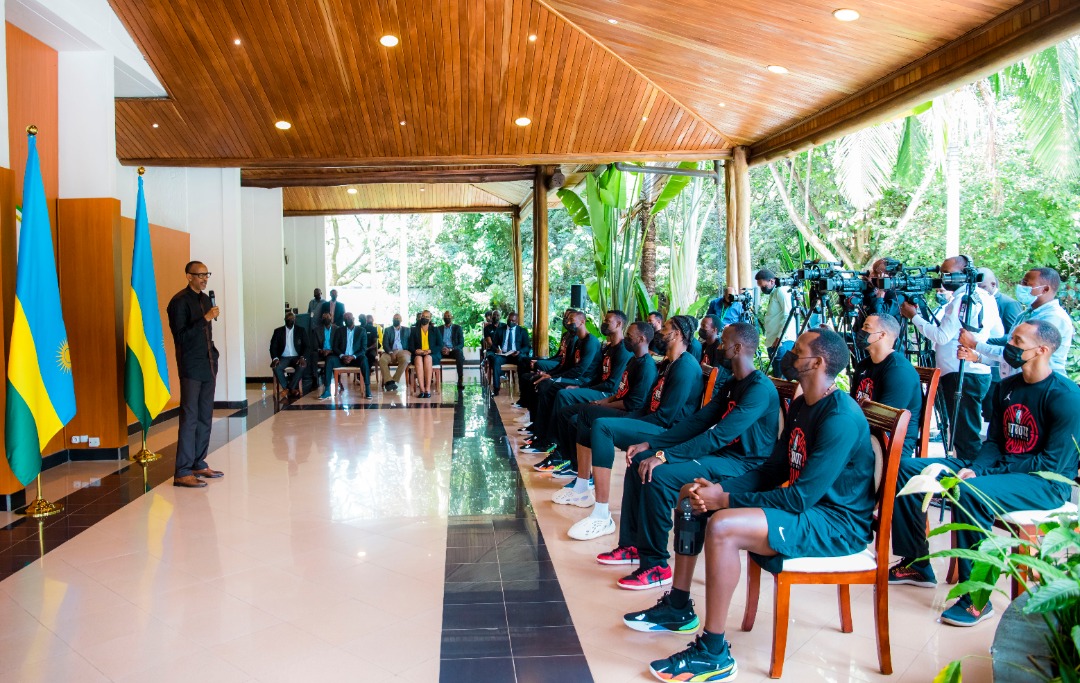