Communities that were affected by Nyiragongo Volcano eruption in Rubavu, Western Province of Rwanda woke up to good news today; the government and its partners have provided them with basic needs pending rehabilitation of their houses.

Nyiragongo, the volcano in the Eastern Province of the Democratic Republic of Congo erupted on May 23 evening, an event that was followed by earthquakes that demolished more than 2oo0 buildings in Rubavu border town leaving others with cracks.

Families have ever since been sleeping in the open air this rainy season, in a country where malaria incidence stands at 200 cases per 1,000-person in 2019-2020 according to GBCHealth, a global community organization that campaigns for healthier world. 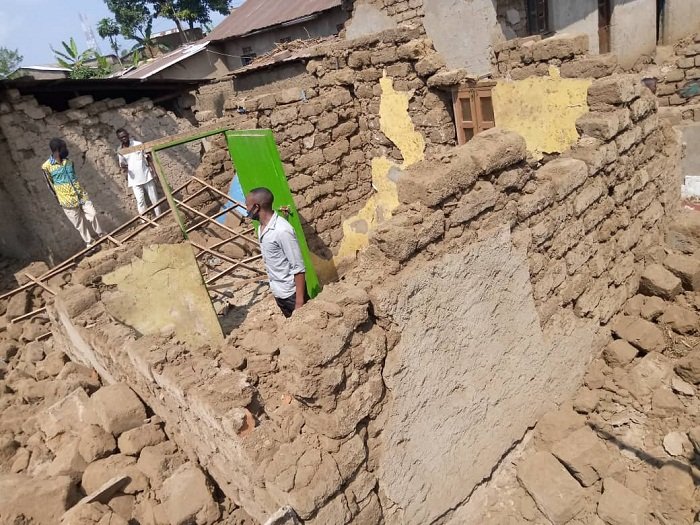 Action Aid Rwanda representative Josephine Uwamariya told KT Press, that it is part of their mandate to bring emergency support to such families which need food items, hygienic equipment, mattress, and blankets to mention quite a few.

“No wonder, the earthquake left these families hopeless; their belongings perished when houses collapsed. You can also imagine how vulnerable are the children who sleep outside. They need quite much attention,” Uwamariya said.

The vice mayor in charge of social affairs in Rubavu district Deogratias Nzabonimpa said that his district is working with the Ministry of Emergency Management(MINEMA) to do a thorough survey on those that need emergency support.

“Priority will be given to the most affected,” he said. 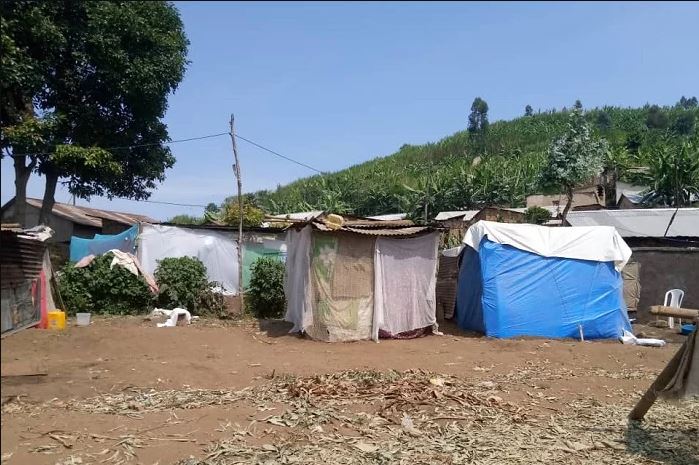 The support provided to the families is valued at Rwf 14.6 million.

Meanwhile, the families who got the support said that they are thankful to the government and its partners for having come at a time when they were really needed.

“My house collapsed and while I was wondering how the night would look like, local officials hurried a tent and matress and later on, food. We are really thankful,” said Tabu Daphrose, mother of two.

“However, we still need support to have our houses rebuilt.”

Meanwhile, some tenants who spoke to KT Press said that they were forgotten while they also need attention.

“The survey focuses at landlords in most cases yet for us we lost belongings in their buildings. There is need to revise the process,” said Jeanette Uwamarioya, a mother of two.

While Rwanda is providing support for its affected community, DRC citizen who had fled the Nyiragongo’s lava and severer earthquake that followed are being given transport back home.

Nearly 10,000 citizens of Goma city crossed to Rubavu town since May 23, 2021. As the situation is stabilizing, they are going back home.