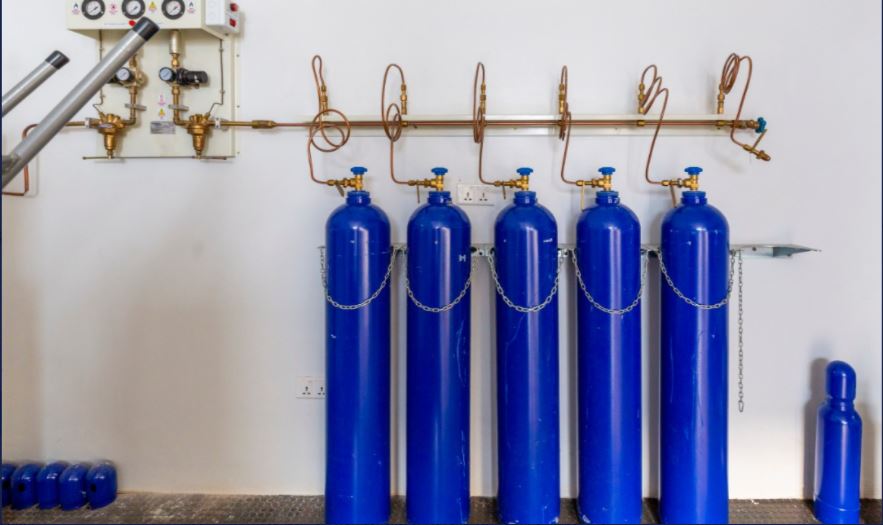 Rwanda on Tuesday recorded the highest number of New Coronavirus cases in a single day and four fatalities, which brought deaths to 10 in just two days, in what affirmed the seriousness of the third wave of COVID-19.

The Ministry of Health said 861 new cases were registered, the highest in a single day, bringing total cases to 32, 296 since the first case was recorded in March 2020, while the 4 deaths, adding to 6 registered on Monday, brought the total number of deaths to 392.

The new cases came out of 7,624 tests conducted in the past 24hrs, ahead of the enforcement of the new COVID-19 preventive measures approved by a cabinet meeting chaired by President Paul Kagame on Monday, which take effect from today, June 23.

The City of Kigali leads the way with 388 new cases, followed by Rubavu district with 83 and Musanze with 61. Only four districts out of 30, namely Nyagatare, Bugesera, Nyaruguru and Nyamasheke did not register a case as authorities move to enforce a partial lockdown that will see people staying within their districts for at least two weeks as a way if slowing down the spread. Curfew will begin at 7pm instead of 9pm. 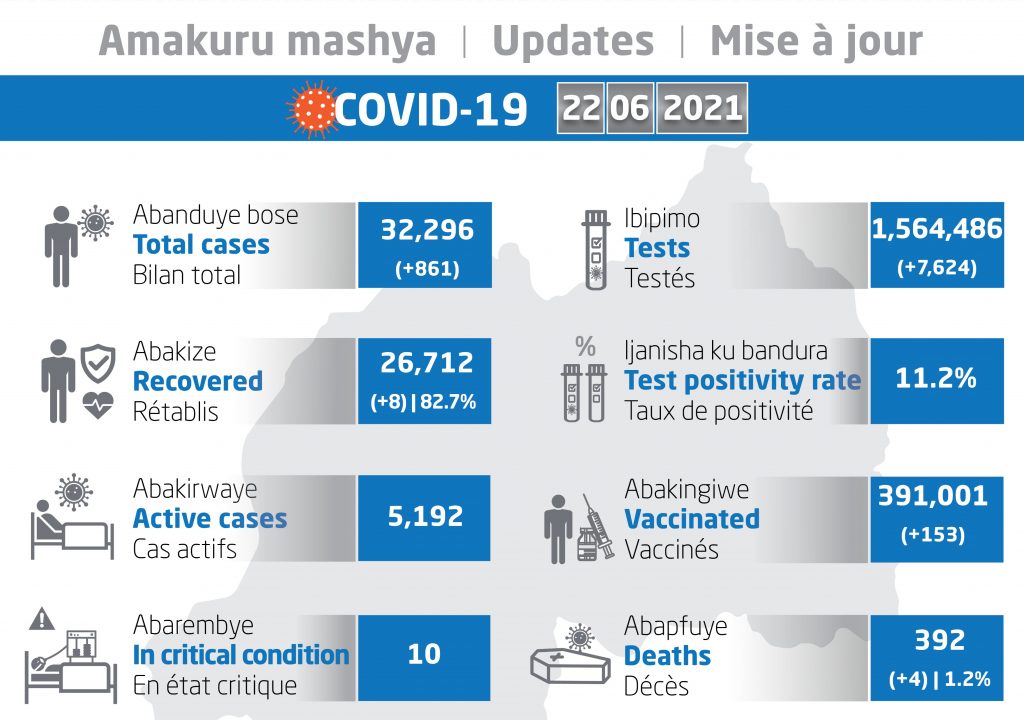 The deceased include a 56 and 42 year old women as well as a 67 and 52 year old men who passed away in Kigali.

The Minister of Health, Dr. Daniel Ngamije, revealed on Monday that the Ministry was assessing the possibility of the existence the highly infectious delta variant of Covid-19, which was first detected in India, and has also been identified in neighbouring countries, including Uganda and Kenya.

The Ministry has also warned that critical cases that require oxygen have been on the increase, with the Kanyinya Health Centre, which was the first treatment centre, reopening in preparation for a possible spike in cases that require care, in case Nyarugenge District Hospital, the current national COVID-19 care centre, gets overwhelmed.

MoH said so far 247,402 people have received  the second dose of AstraZeneca COVID-19 vaccine, including 315 who were vaccinated on Tuesday. So far, 391, 001 people have been vaccinated.