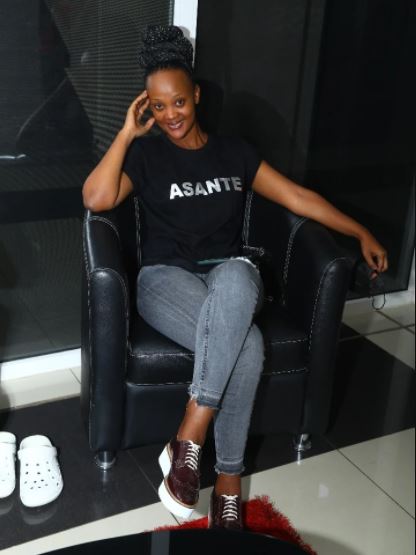 This morning, the celebrity was in the news where Rwanda Investigation Bureau(RIB) confirmed that it was investigating a case of money laundering involving Butera Knowless following a complaint that was filed by one Rosette Munezero.

In an exclusive interview with KT Radio’s Dunda this afternoon The singer confessed that she doesn’t know anything to do with the pyramid scheme or Rosette Munezero accusing her of conning her Rwf 1.3 million.

“Am waiting for RIB to call me and explain myself. I don’t owe anyone anything and I have never received money from that lady,” she said.

“We are investigating the matter and she will be answerable as per the law she is found guilty.”

Rosette Munezero who reported the case said she gave Rwf1,350,000 to Knowless in their pyramid scheme business expecting  multiplication, but was only disappointed.

According to Munezero, Knowless participated in the pyramid business nicknamed ‘Happy family.’

Munezero told the media that Knowless received the money before Rwanda National Police warned dealers against these illegal schemes.