Muhanga city is one of the six secondary cities after Kigali city and it takes about 45 minutes drive into the southern province-based city known for mining and quarry trade.

Two decades ago, the city had only two roads- the main highway heading to Butare (Huye) and another one heading to Kibuye (Karongi), meaning that Muhanga town was a highway traffic bypass even though it boomed with business.

“It was not easy to do business here with the muddy and dusty roads, passengers would only make stopovers to refresh and proceed but wouldn’t stay here because there were no paved roads,” says Innocent Kayiranga, Muhanga city Mayor. 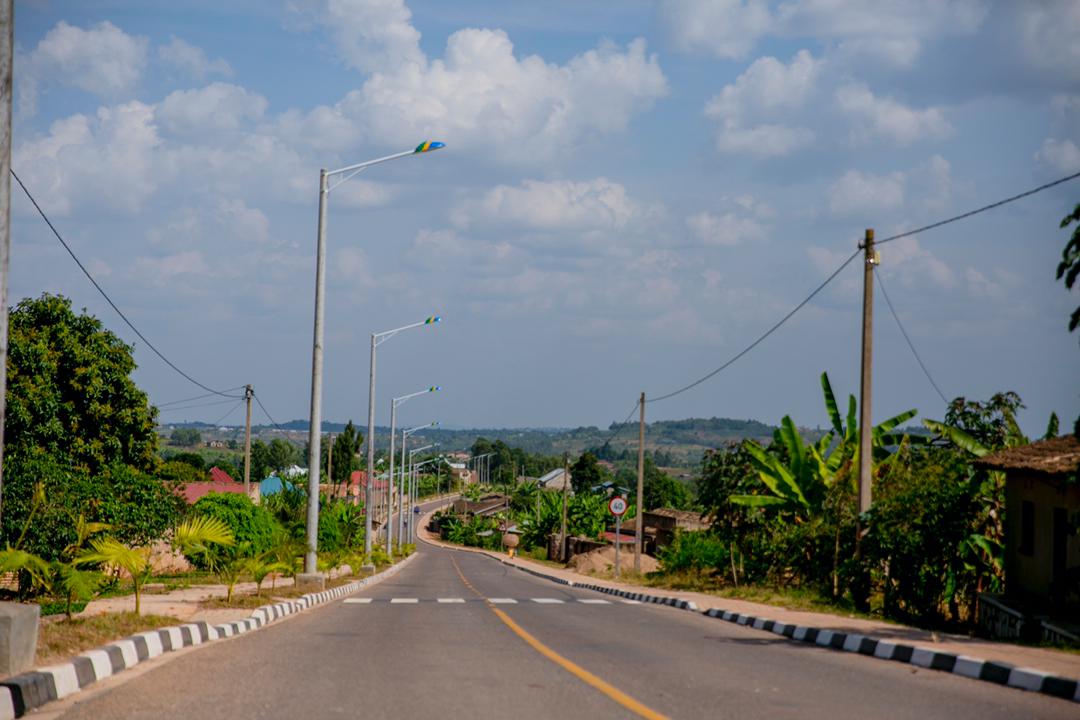 Clessence Mukasekuru, 30, who was born in Ruvumera neighborhood is a living testimony. She says the absence of a proper road, street lights forced many to avoid using such dusty routes.

“It was so isolated and there were few families living here because we were surrounded by criminal activities including thefts, robberies among others,” Mukasekuru said. 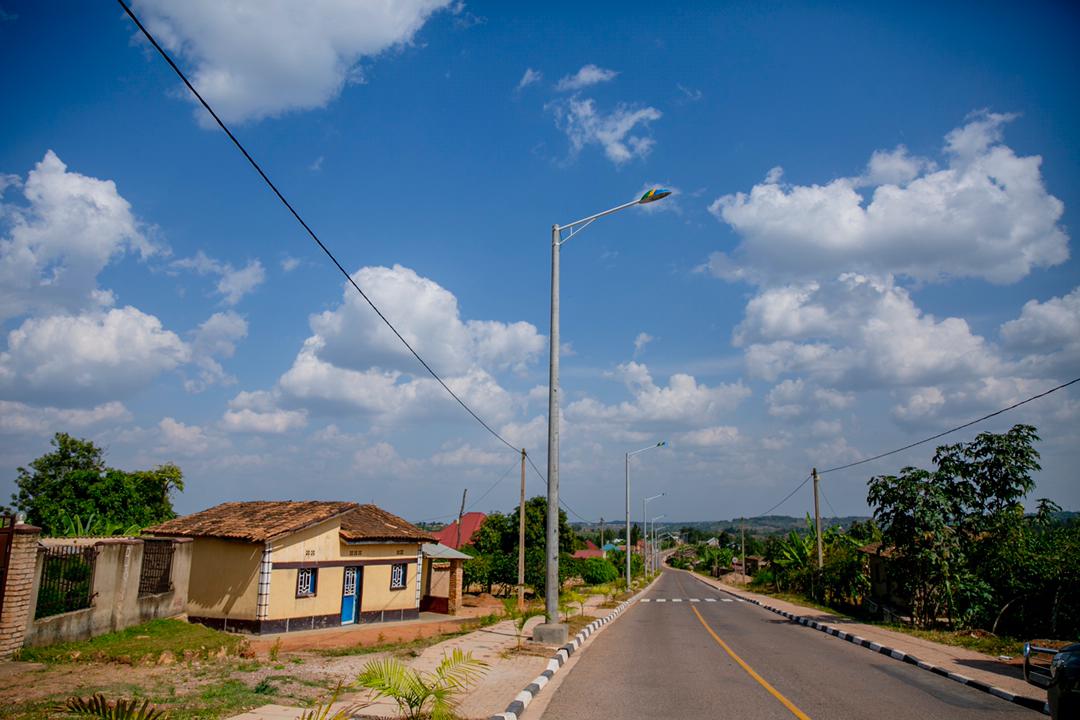 In 2016 all this changed when the World Bank and government of Rwanda funded road and electricity projects in Muhanga city at a tune of Rwf4.3 billion.

The two-phase infrastructure project dubbed- Rwanda Urban Development Project (RUDP) saw the construction of asphalt roads in Kibirigi, Kabgayi, Agakiriro (5,056km), and a standalone drainage in Ruvumera and Kibirigi (0.996 km) in phase one.

The Rwf5.6billion worth phase two had 7 km asphalt roads constructed in Cyakabiri-Misizi ( 2,466 km) , Zipline – Misizi  (1,548 km) in Shyogwe Sector, Ruli Cell while on top of upgrading of an informal settlement in Ruvumera ( 3, 25km) in Nyamabuye Sector Gahogo cell.

Officials say all these paved roads have increased appetite for settling in Muhanga city with new housing and business structures seen sprouting or being upgraded in Nyamabuye and Shyogwe sector. 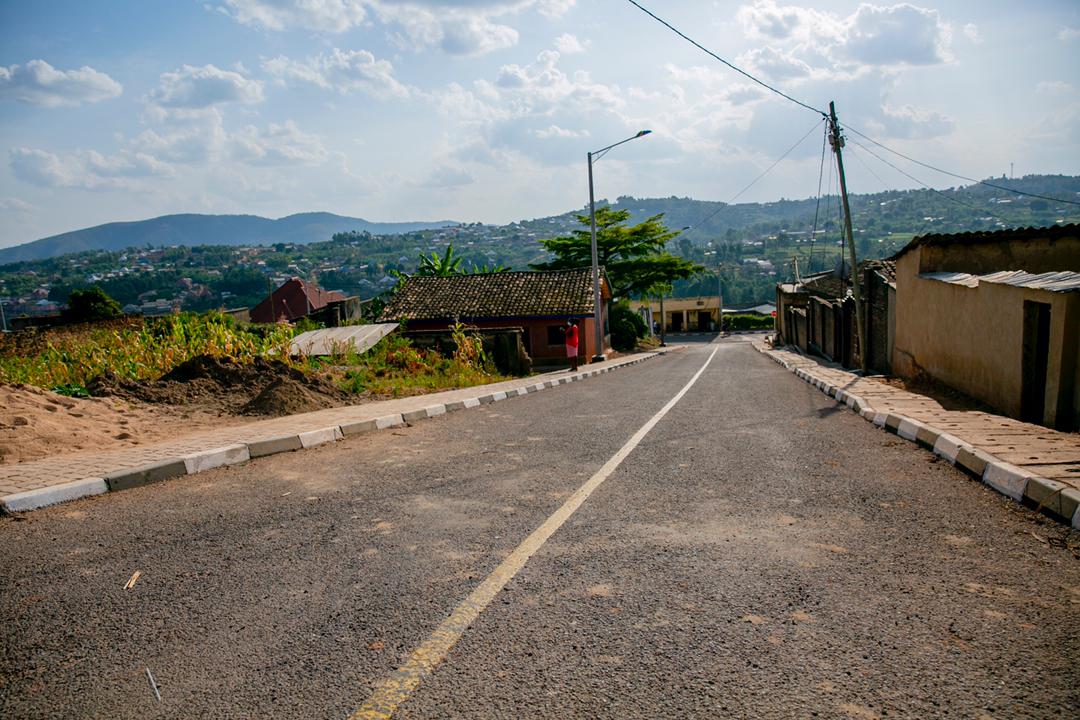 The District Mayor says that this development has increased the value of land to the benefit of residents living in these neighborhoods, who a few years ago could sell at Rwf800, 000 but now selling at Rwf5million for a residential plot.

“The new roads have increased demand for housing and we don’t see that as an issue because it is to the benefit of citizens who can choose to sell or stay,” Kayiranga said.

This increased land value as a result of new roads has also attracted Rwandans living in Kigali to opt to live away from the noisy traffic and high life in Kigali, especially that Muhanga city is very close and commutable. 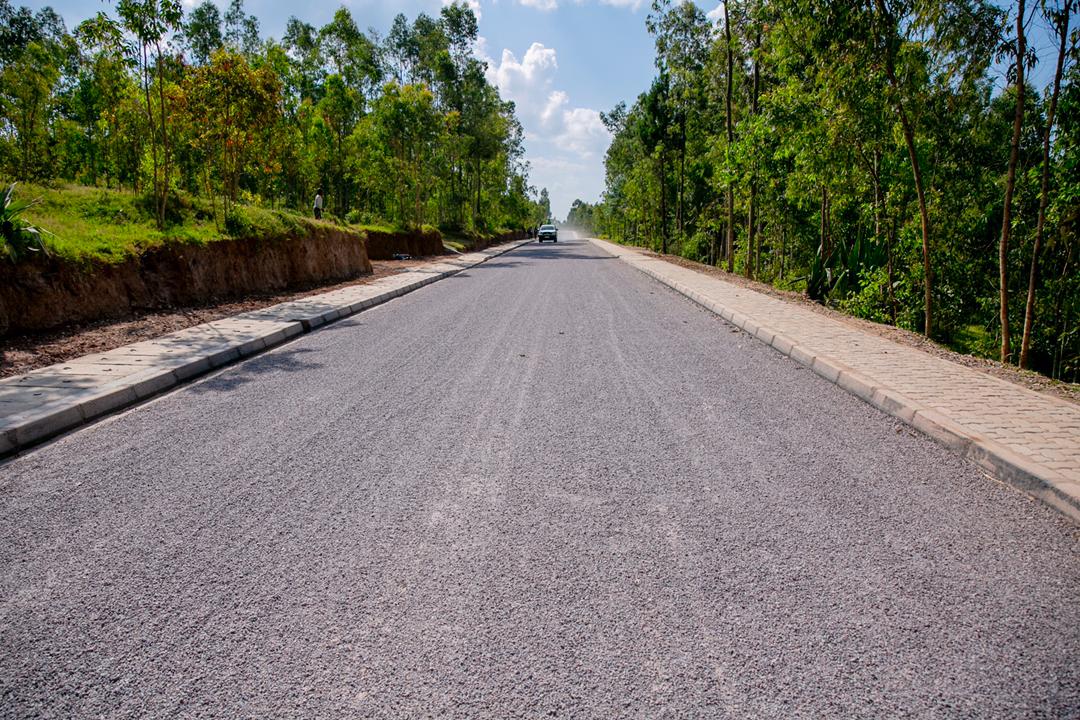 For example Jean Claude Mutuyeyezu, a local journalist who lived in Kigali says that improved infrastructure and accessibility in Muhanga city compelled him six years ago to shift his family to Muhanga.

“I made the decision based on the convenience to travel back and forth from Kigali to Muhanga where my wife works but living and owning a house here is cheaper than Kigali,” Mutuyeyezu said.

At Muhanga Bus Park, business is booming and it is evident that every 15 minutes passenger commuter buses are seen heading to or arriving from Kigali which makes it easy to stay in Muhanga and work in Kigali.

This business movement and a growing population of over 500,000 have attracted major investments in housing and industry. For example construction of three major factories in Muhanga industrial area is underway.

The factories are Seven Hills which makes saucepans, Mountain Ceramic which makes tiles, and Basil Company which produces hygiene equipment.

“We have received many applications from local investors who have expressed interest in constructing residential houses and factories and we are yet to process their applications,” said Onesphore Nzabonimpa, the district engineer.