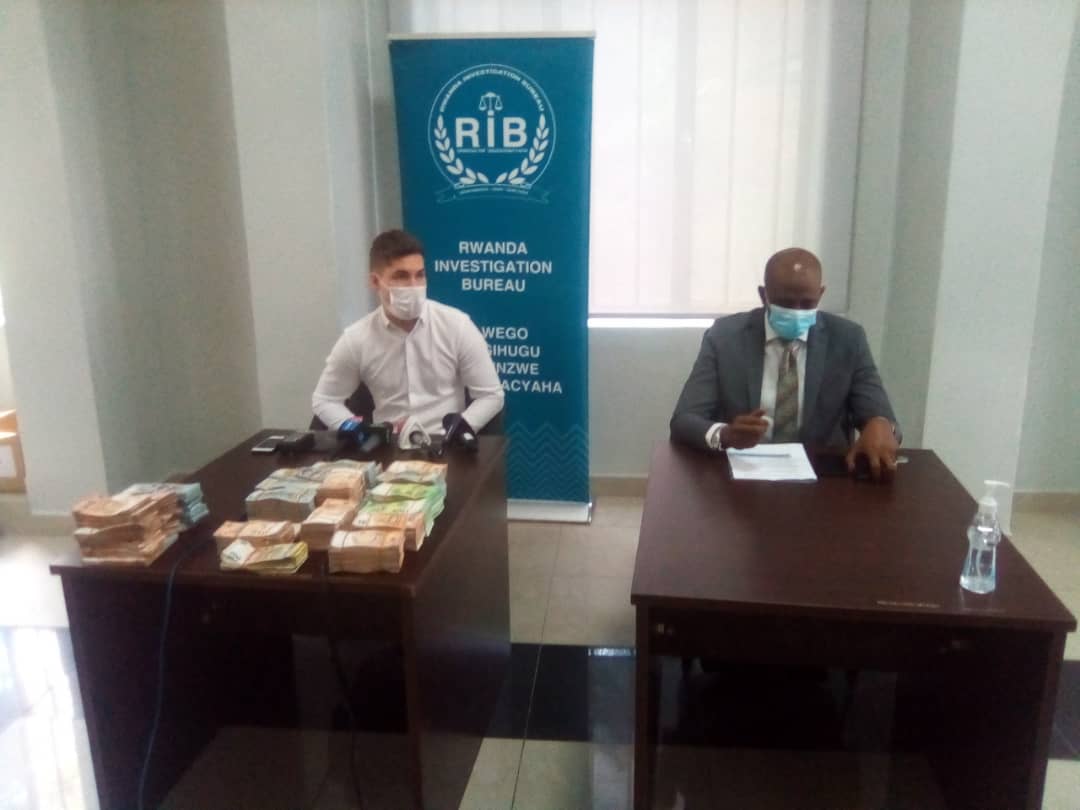 Rwanda Investigation Bureau has handed over a total of Rwf771.7million of the Rwf1billion that was stolen from a foreign investor through a fraudster crime manned by three Rwandans including a local Catholic Church priest.

The money which is almost 80 percent of the lost funds was handed over this June 29, 2021 in Kigali with the owner of the money getting a lump sum of the stolen funds in cash bills in Euros, US dollars, and Rwandan francs.

The bureau also revealed it had confiscated 31 plots of land, one kilogram of gold and two vehicles that were purchased using part of the stolen funds; however a prosecution case has also been filed alongside an ongoing investigation in a bid to recover the balance of the stolen money.

The investor, who was not named, thanked the RIB for doing a good and timely job to recover his assets and said that this is a sign of good leadership in the country.

The three arrested suspects were paraded to the local media, but remained adamant to make any comments on the case levied against them by the bureau.

RIB Spokesman, Dr. Thierry B. Murangira said that the successful arrest of suspects in this case was as a result of community policing and citizens providing timely information that led to the arrests.

Murangire used the opportunity to call on Rwandans to continue supporting law enforcement organs in fighting crime in communities but also warned citizens to desist from involving themselves in such criminal practices as the law will not fail to catch up with any person intending to do so.