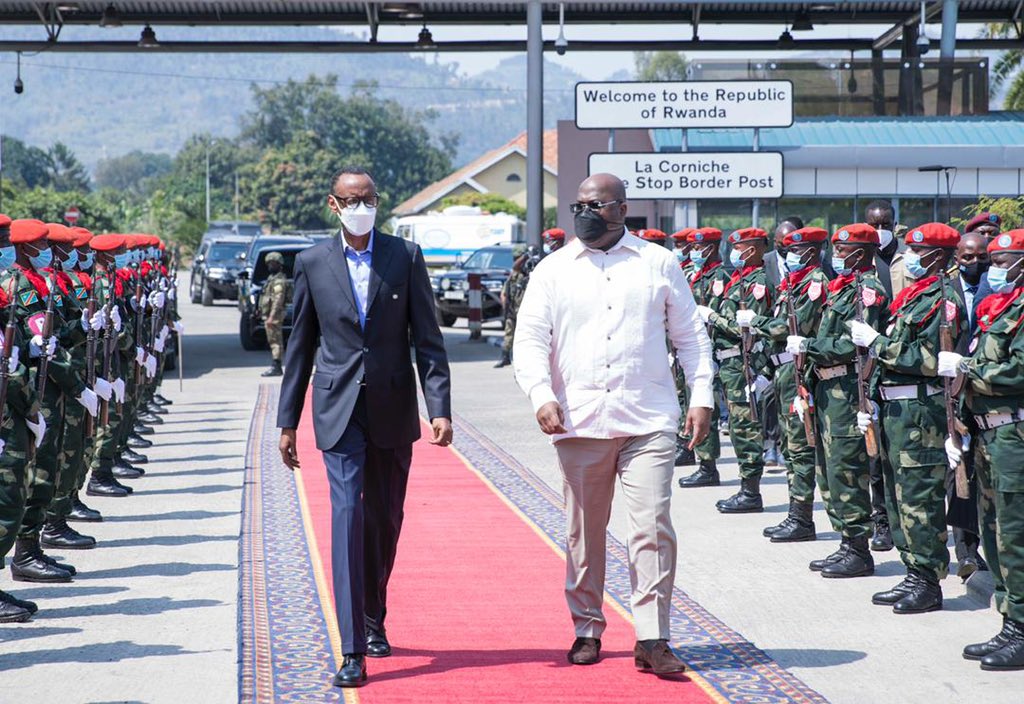 President Kagame was received by President Tshisekedi at the border on Saturday. Photos/Village Urugwiro.

President Paul Kagame and his Democratic Republic of Congo (DRC) counterpart Félix Antoine Tshisekedi met in the Eastern DRC city of Goma where they discussed different issues relating to the two countries.

The Head of State arrived in DRC on Saturday afternoon in a reciprocal visit, following President Tshisekedi’s visit to Rwanda on Friday. He was received at La Corniche One Stop Border Post by President Tshisekedi before they proceeded to the city of Goma to assess damages resulting from the recent Mt. Nyiragongo eruption.

The two heads of state immediately got into a car and drove around the city of Goma to look at some of the areas damaged by the Nyiragongo volcano that erupted on May 22, 2021.

By press time, the two Heads of State were holding bilateral talks at Goma Serena Hotel where they will discuss different areas of cooperation with several bilateral agreements expected to be signed in this historic event. They will later address a press conference. 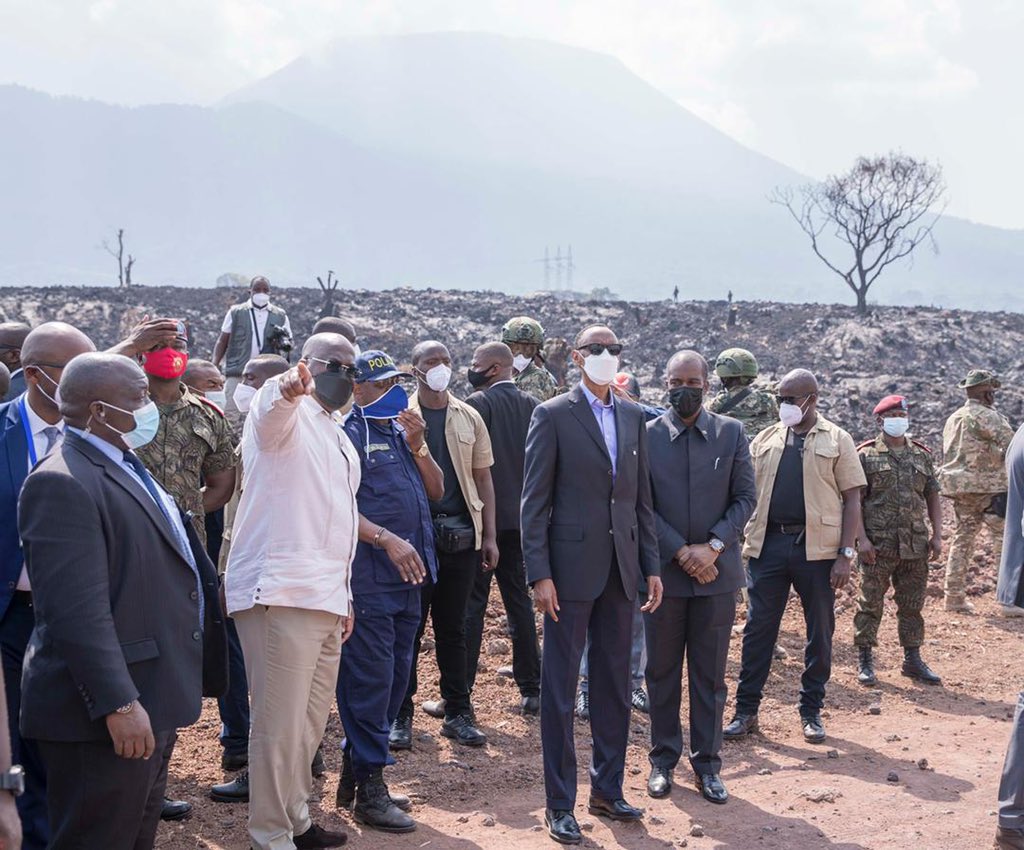 The two leaders visited areas affected by Mt. Nyirangongo (in the background) most recent eruption.

Nyiragongo volcanic eruption damaged 18 kilometers of roads in Goma, 1,000 houses while kilometers of water pipes were broken, leaving residents with no option but to walk for over 20 kilometers to access clean water.

In addition, power lines were damaged as well as hospitals, telecommunications towers, hotels and other infrastructures that require immediate repair. In addition to the damaged infrastructure, 288,044 people fled their homes while 32 people were killed by the most recent eruption of Nyiragongo.

The two leaders on Friday assessed damage on the Rwandan side. 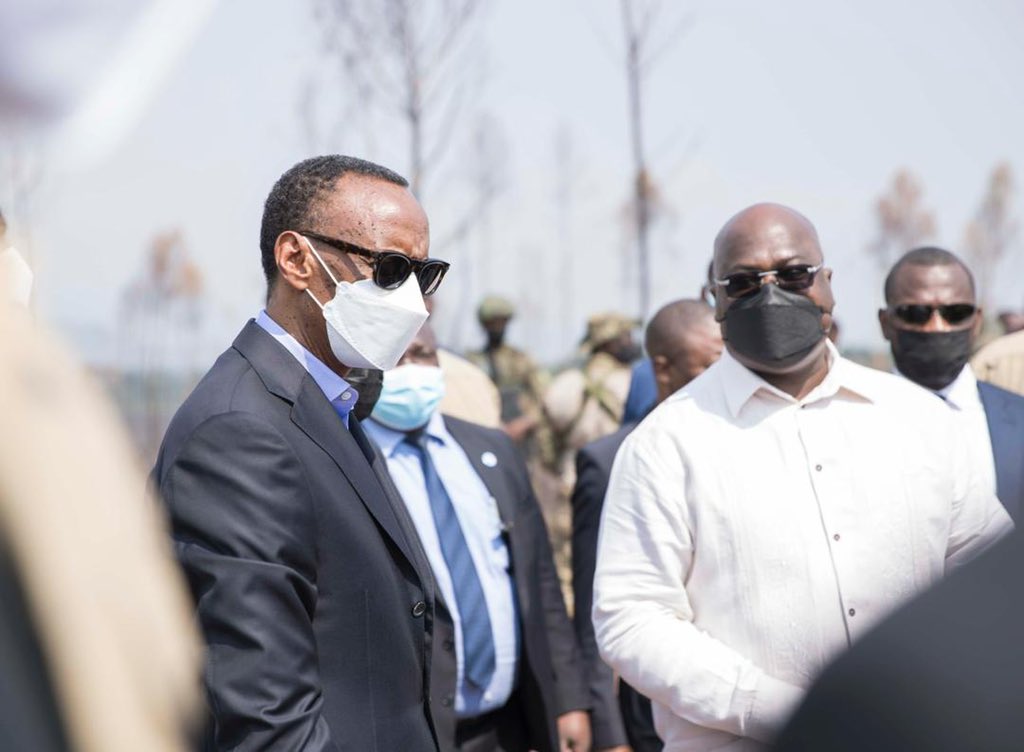 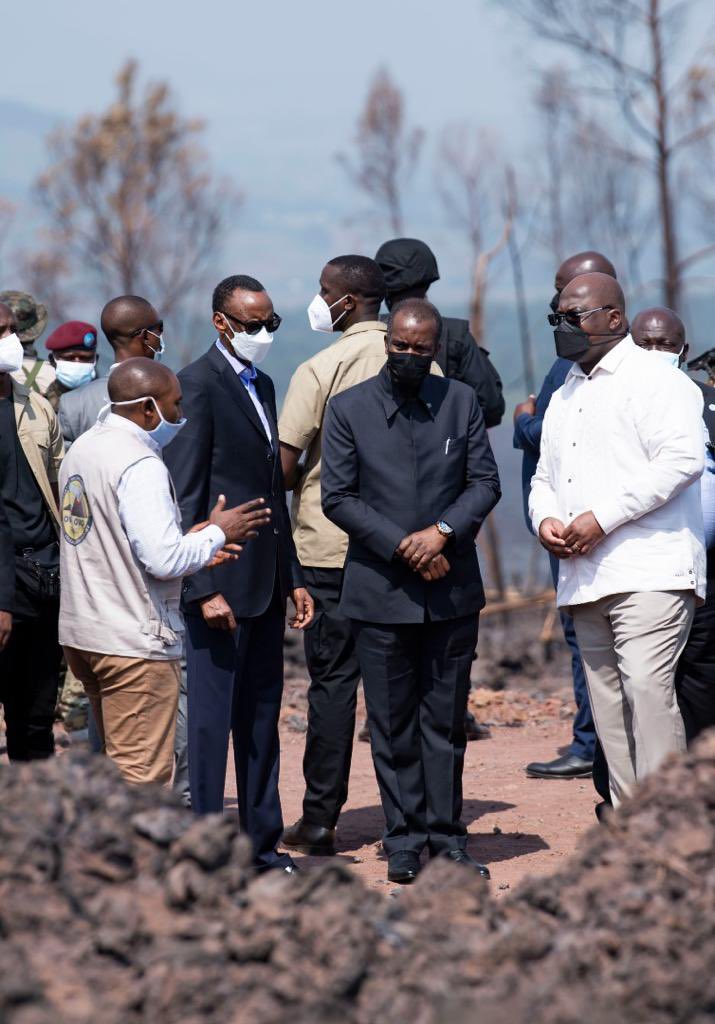 “This is Just the Beginning” Kagame, Tshisekedi on Renewed Rwanda, DRC Ties