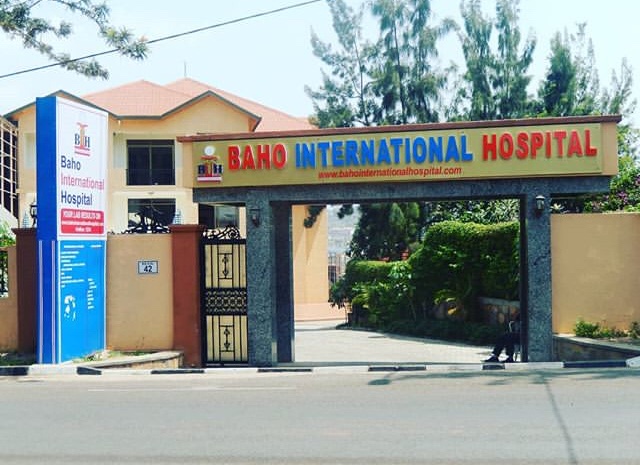 Embattled Baho International Hospital (BIH) has finally apologized to its esteemed customers after a social media scandal in which the facility was accused of offering poor services to patients.

In an announcement signed by its Board of Directors (BoD) this Wednesday July 14, 2021, the entity said it was sorry for their customer care service which let down some of its clients as indicated in the complaints raised on social media.

It all started on July 10, 2021 when one concerned citizen raised a concern over failing to be attended to on a medical appointment sought at 10am and instead received attention at 1pm.

The complaint raised several reactions and complaints directed to the hospital management, in which some of the clients resonated with the same experience in various sections of the hospital’s services in Nyarutarama, Kigali city.

Though not all the concerned citizens raised negative comments on the hospital’s services, the Ministry of Health was quick to intervene, announcing an immediate investigation into the matter (customer care and hygiene services).

To the shock of many concerned citizens, the hospital responded saying that they welcome the investigation of which to Baho hospital was to prove their quality services.

This response irked officials at Rwanda Development Board- charged with promoting customer care, resulting in the RDB CEO Clare Akamanzi asking the hospital to be humble enough to admit its mistakes even if it was an isolated case.

“How will you change if you can’t even be humble enough to take feedback or comment after thoroughly investigating the complaints? This false confidence isn’t good for service delivery,” Akamanzi said on July 12, 2021 using Twitter.

“Even one complaint is one too many and should be taken very seriously. Let’s all strive for excellence in service delivery,” Akamanzi said.

In the wake of this official and citizen’s outburst, the hospital management said today that:

“We (BIH) would like to express our sincerest apology to the public and especially our patients who we have let down recently in our customer care,” BIH Chairperson, Joseph Kayibanda said.

Following the inspection and outpouring feedback which includes criticisms and positive previous experiences at the hospital, BIH said that it remains committed to improving its services with the highest degree of excellence in line with the development of Rwanda’s health sector.

The health facility, which is privately owned, also said that it will follow up on the concerns raised by citizens, patients and customers to improve services and operations in future.

In the meantime, the Ministry of Health (MoH) is expected to release its findings after the Minister Dr. Daniel Ngamije promised a quick assessment to be conducted in 24-48 hours by MOH Quality assurance team as part of delivering a full support to patient centered care approach.