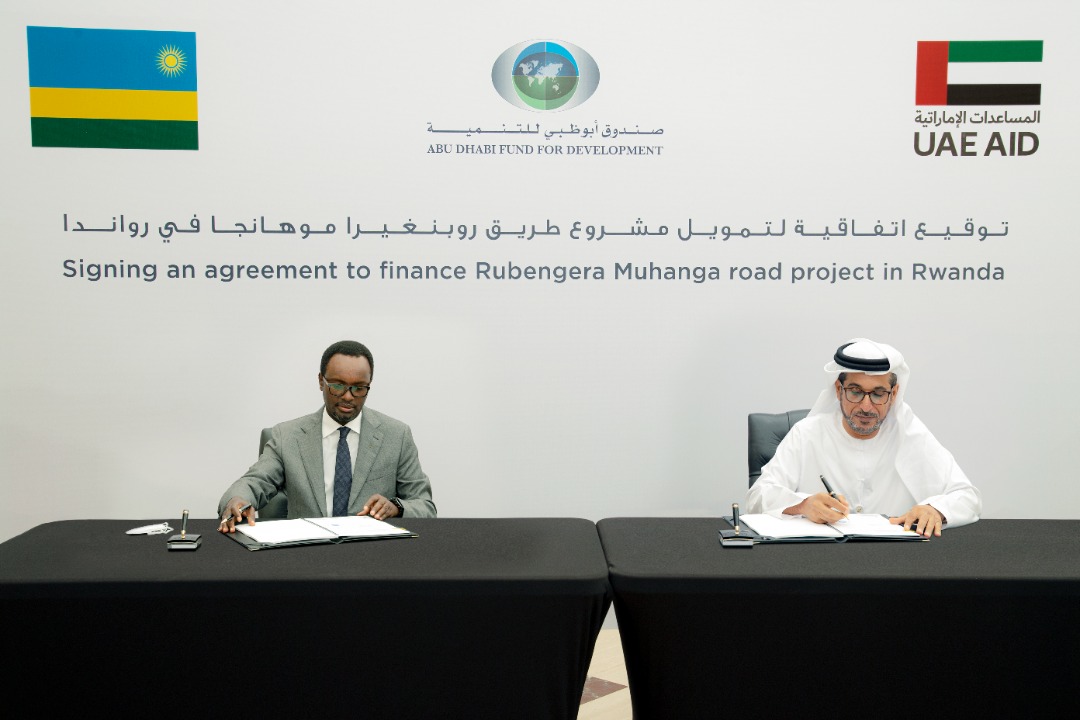 Rwanda government and the Abu Dhabi Fund for Development (ADFD) have signed a concessional loan agreement worth $15million for the rehabilitation of a key road network that connects the South and Western provinces.

The funding agreement of about Rwf15 billion signed in Abu-Dhabi this Wednesday July 14, 2021; will be used to rehabilitate 22 kilometres on Rambura – Nyange road section of the ongoing Rubengera-Muhanga road upgrading project works.

The agreement was signed by Rwanda’s envoy to the United Arab Emirates (UAE) Ambassador Emmanuel Hategeka on behalf of the Government of Rwanda and Mohammed Saif Al Suwaidi, Director General of Abu Dhabi Fund for Development

The construction of Rambura – Nyange road and completion of Rubengera – Muhanga road will promote trade, increase mobility and reduce transport costs by facilitating regional mobility of both goods and people.

This is supposed to strengthen the connection of rural and urban centers contributing to the national economic and social development agenda, touching everything from small and medium enterprises, trade, travel and tourism, to food security.

Hategeka said improving Rwanda’s road infrastructure was a key pillar towards achieving the country’s development vision which is now set towards Vision 2050 but also the agreement will enhance the existing bilateral relationship.

“We have established good cooperation with Abu Dhabi Fund for Development and the United Arab Emirates and greatly value their support in this important infrastructure development program.” Hategeka said. 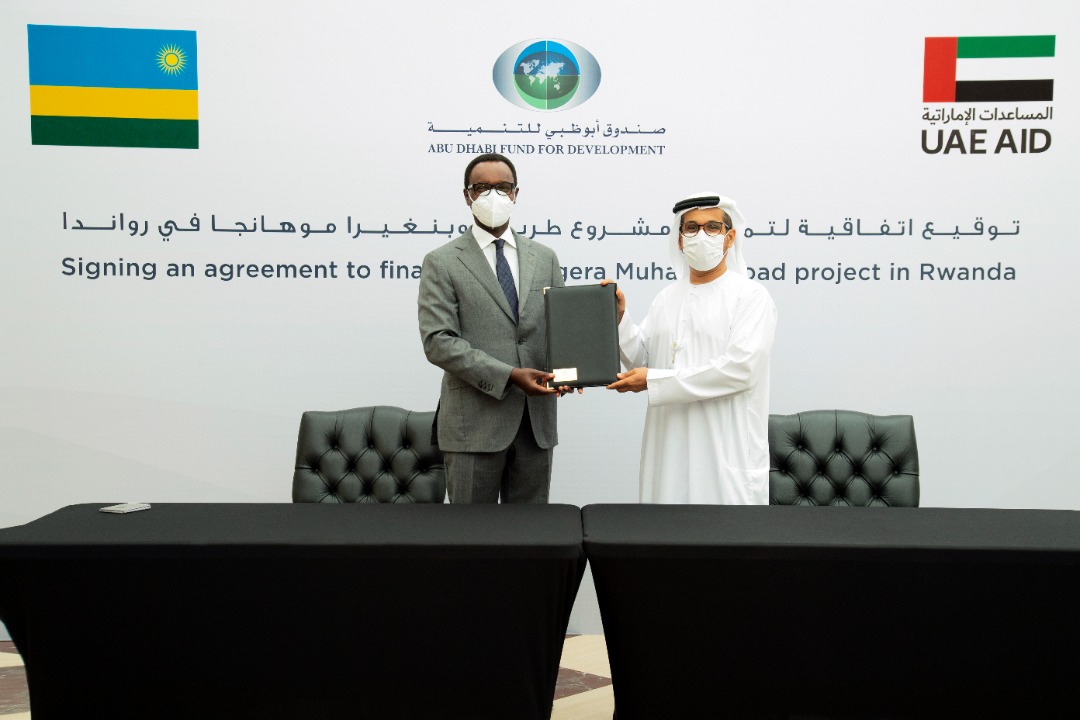 “While it brings numerous benefits, one major impact is that it will better connect trade routes across multiple Central African nations, a region that represents growing international trade potential for the UAE,” Suwaidi said.

Rambura – Nyange road project is a section of the 61.15 kilometers Rubengera-Muhanga road connecting the Southern and the Western provinces. It is expected to support the transport, agriculture, and tourism sectors to enhance economic and social development by raising the efficient transportation between cities, enhancing traffic safety and improving the population’s access to various government services.

This is the second project ADFD has supported in Rwanda in a relationship that started in 1981 with the $14 million for the construction of the Kigali International Airport (KIA) in Rwanda’s capital Kigali.