A cabinet meeting chaired by President Paul Kagame on Friday appointed Yolande Makolo the new Government Spokesperson, a position previously held by default by the Minister of Foreign Affairs and Cooperation, Dr. Vincent Biruta. The cabinet also appointed Stephanie Nyombayire the Press Secretary in the Office of the President.

Makolo comes into office with loads of experience in the job, having previously served as the press secretary in the Office of the President and the Director General in charge of Communication in the same office. She has also served as the coordinator of media affairs in the top office and as an advisor of President Kagame on media affairs. She also served on the speech writing team of the President of the Republic.

An ardent user of social media, Makolo is known to relentlessly take on critics of the Rwandan government to point elements of disinformation or bias in reports and stories, often fact-checking misleading assertions on Rwanda. She is renowned for taking no prisoners when it comes to defending Rwanda and the government.

Earlier this month, Nyombayire was appointed the Deputy Principal Private Secretary in charge of Communications in the Office of the President before her position was changed to Press Secretary.

The 34-year-old Swarthmore College graduate previously served as the Director General of Communication in Office of the President, among other positions.

The former Minister of Foreign Affairs and current Secretary General of the Organisation internationale de la Francophonie (OIF), Louise Mushikiwabo congratulated the duo upon their appointments, highlighting that their professionalism, having worked with them before, affirms that they merit the appointments. 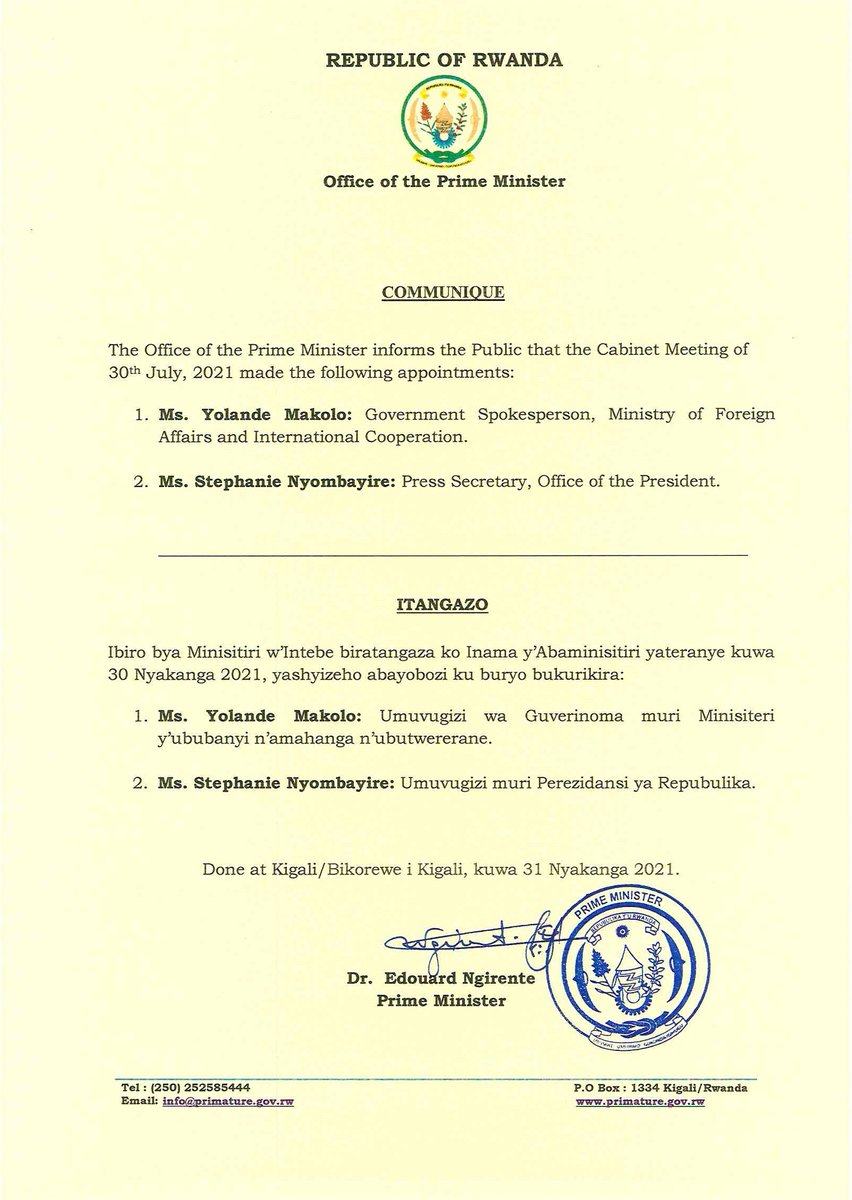