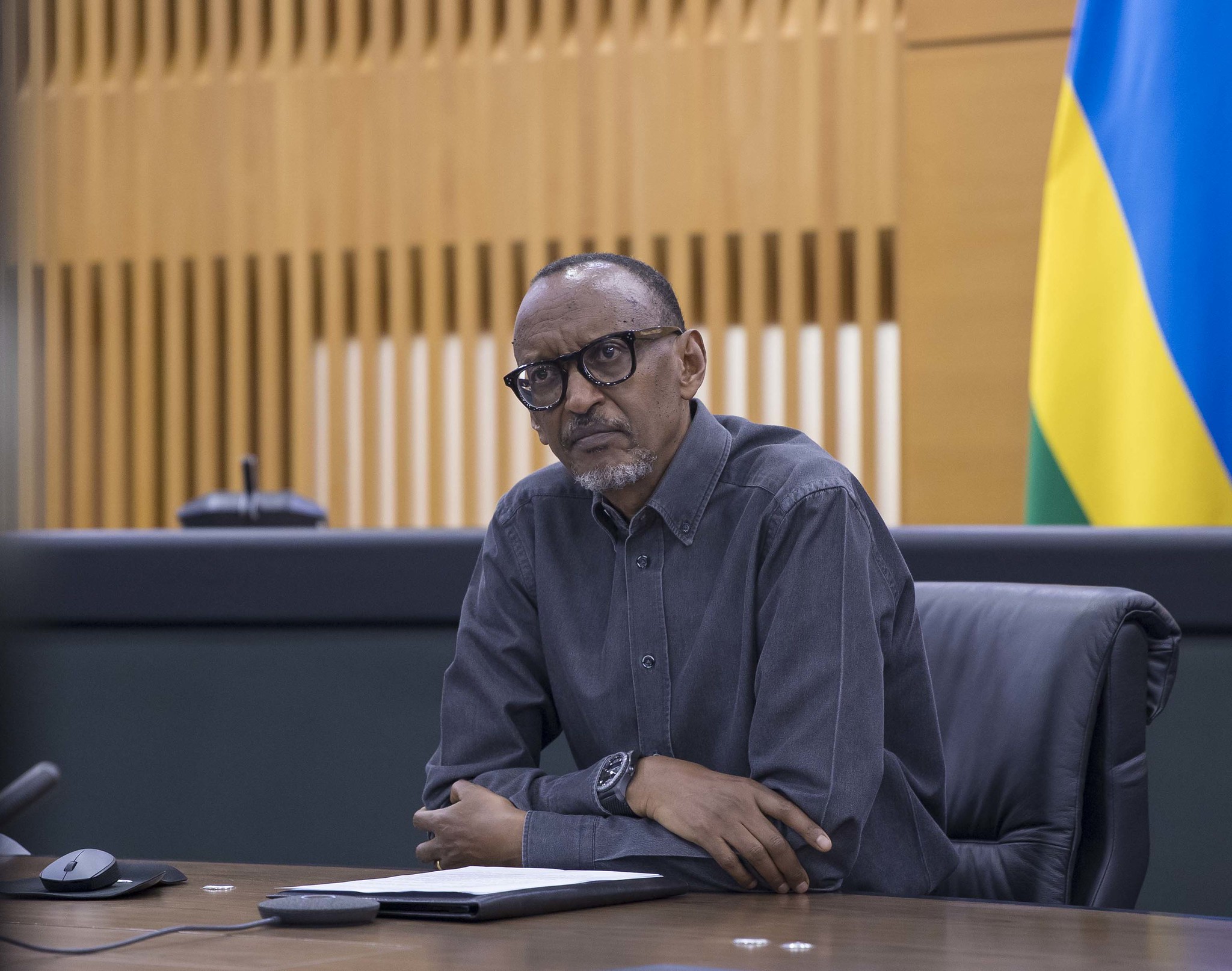 President Paul Kagame on Thursday held  a virtual meeting with, Jutta Urpilainen, the European Union (EU) Commissioner for International Partnerships, following up on the recent EU agreement to strengthen the Rwanda Food and Drug Authority (Rwanda FDA), which will further attract investments in vaccine manufacturing in the country.

The meeting came just over a week after the Government of Rwanda and EU signed a partnership which will see European countries support Rwanda’s efforts to invest in the manufacturing of vaccines locally. President Kagame described the meeting as ‘productive’.

“Had a productive conversation with EU Commissioner @JuttaUrpilainen on what more we can do, and better, in the fight against the #COVID19 pandemic. Strong EU support in supply of vaccines and towards making vaccine manufacturing a reality in Rwanda & Africa is greatly appreciated,” President Kagame tweeted.

The agreement signed on June 30 between EU and the Rwanda Development Board (RDB), which signed on behalf of the government, will see the EU sink Rwf3.6 billion to increase the capacity of Rwanda FDA while part of the money will go towards promoting the Rwandan tourism and health sectors.

Following the signing of the agreement Urpilainen, said that the partnership will go a long way in enhancing and attracting investments in Rwanda’s health sector particularly in the manufacturing of vaccines and other pharmaceuticals, thus helping to improve access to medicines. 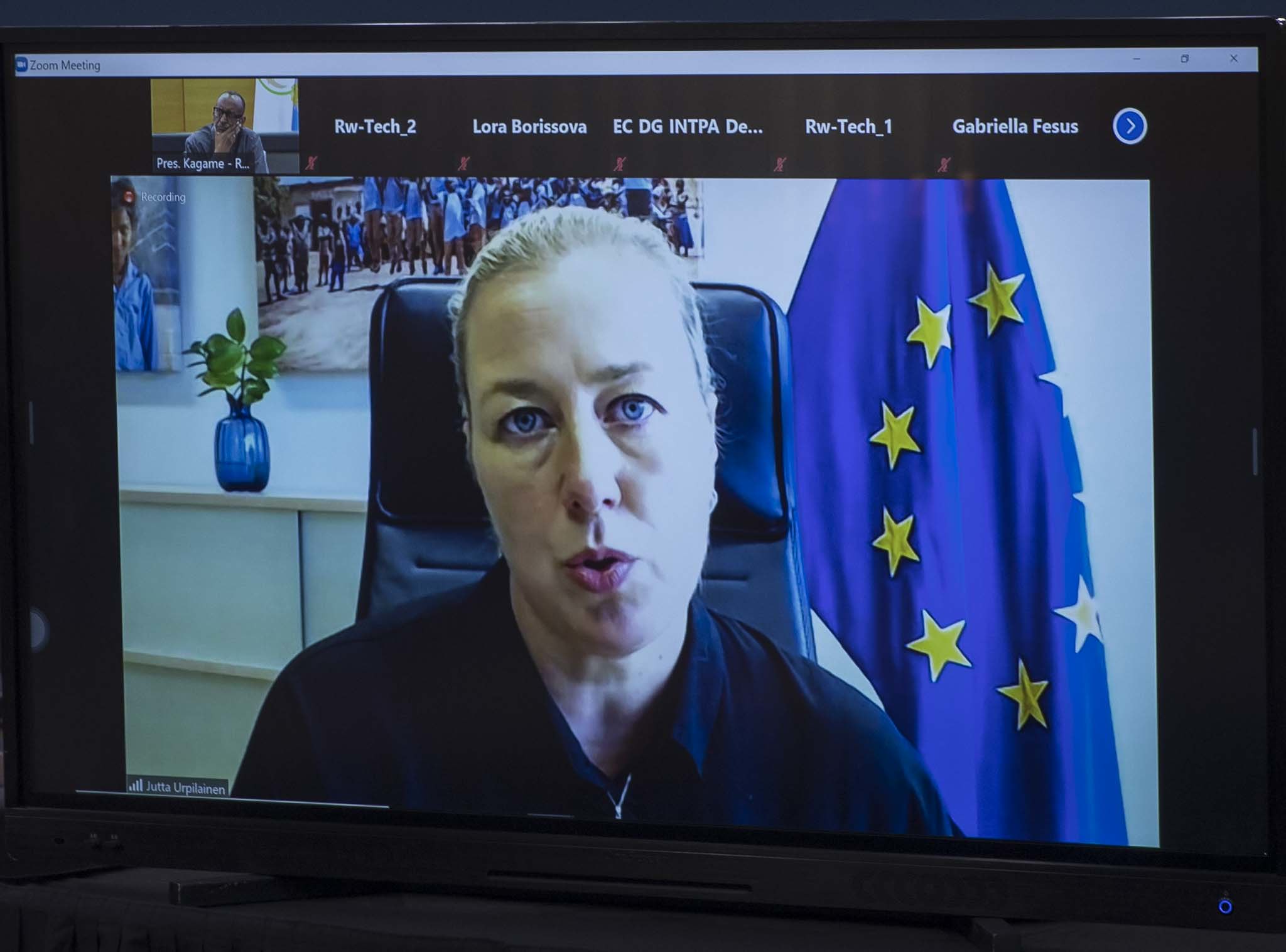 “This is an important step in supporting local manufacturing of health products in Africa. As announced by President von der Leyen, Team Europe will continue to support the country and Africa in strengthening the regulatory framework and attracting investment in the pharmaceutical sector,” Urpilainen said on the occasion of the signing.

The Minister of Health, Dr Daniel Ngamije, said at the time that the funding will help reinforce the country’s regulatory capabilities to the required international standards, a critical step towards vaccine manufacturing.

“The European Union is a central partner in our efforts to bridge the gap in vaccine equity in Africa by building pharmaceutical production capacity,”. Dr Ngamije said.

At the time when the African continent is grappling with COVID-19 vaccine shortages, the CEO of RDB said that the partnership with the EU will be crucial and will contribute towards building the momentum to vaccine manufacturing on the continent.

Akamanzi said at the time of the signing that access to vaccines is critical, especially for Africa, where only around 1% of vaccines are manufactured on the continent. She said the agreement boosts Rwanda’s efforts to build a vaccine and pharmaceutical manufacturing ecosystem to contribute to health security of the region and the African continent.

The funds from EU will help the RFDA establish a strong quality control laboratory for medical products and supply new equipment for an integrated information management system.

This will help the RFDA in achieving the required level of certification by the World Health Organization (WHO) to be able to fully play its role to ensure the safety, efficacy, and quality of vaccines and pharmaceutical products. 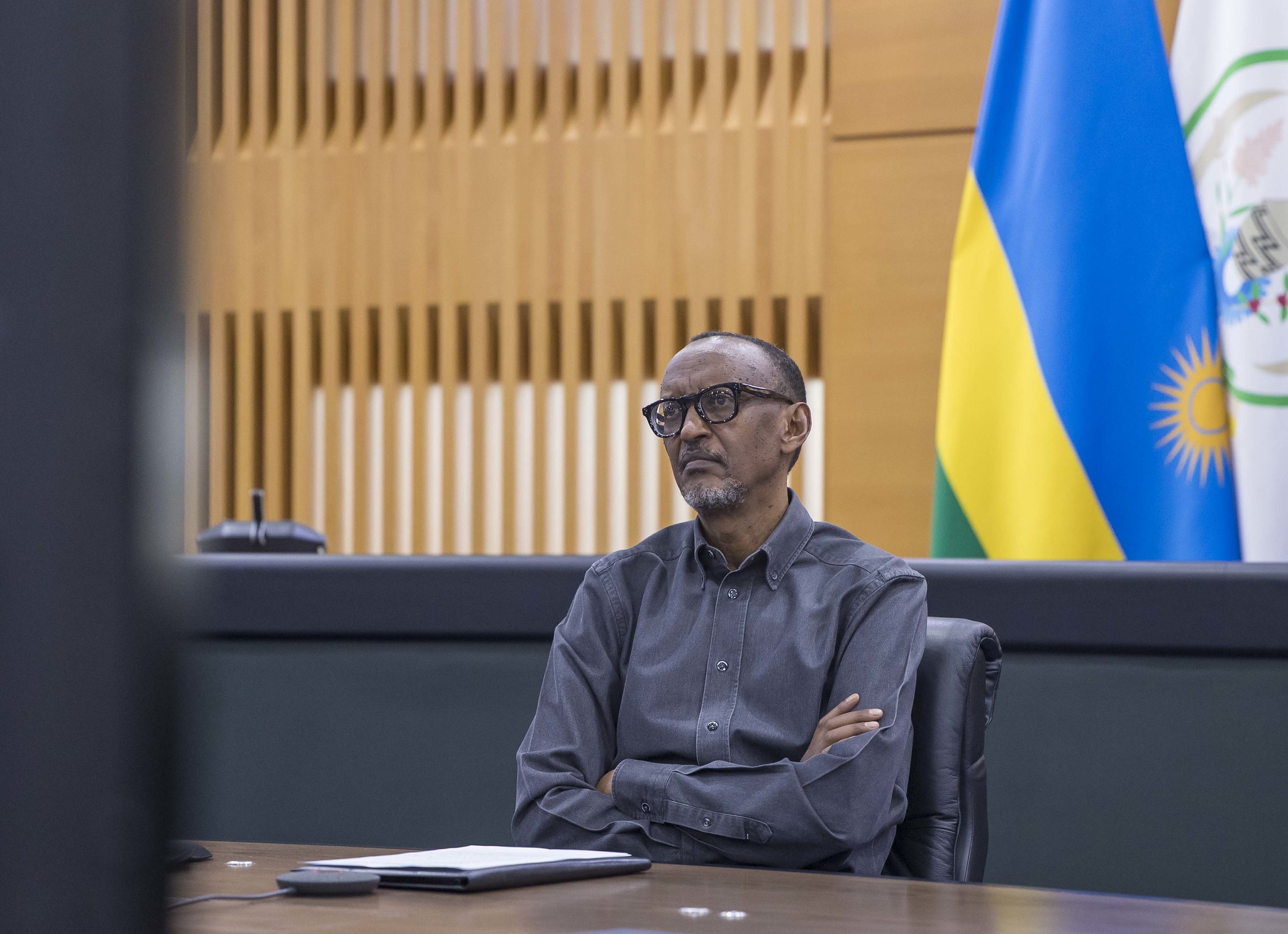 The agreement signed on June 30, by the EU Ambassador to Rwanda, Nicola Bellomo, on behalf of the EU, and Akamanzi, on behalf of GoR, is part of a comprehensive medium-term #TeamEurope support to bring the authority’s laboratory, technical and organizational capacity to high levels of performance.

As part of this effort, the EU Delegation will also seek to facilitate a peer-to-peer partnership between the RFDA and national regulatory authorities from EU Member States.

The EU and the European Investment Bank are in discussions to partner with the Government of Rwanda to facilitate and promote investment by pharmaceutical and biotech companies in the country, including exploring opportunities for co-financing and de-risking potential investments.

In May 2021, the EU announced at the G20 Global Health Summit in Rome a #TeamEurope initiative on manufacturing and access to vaccines, medicines, and health technologies in Africa.

The initiative will help to create an enabling environment for local vaccine manufacturing in Africa and tackle barriers on both the supply and demand sides, backed by €1 billion from the EU budget and the European development finance institutions, such as the European Investment Bank (EIB). This amount will be further enhanced by contributions from EU Member States. 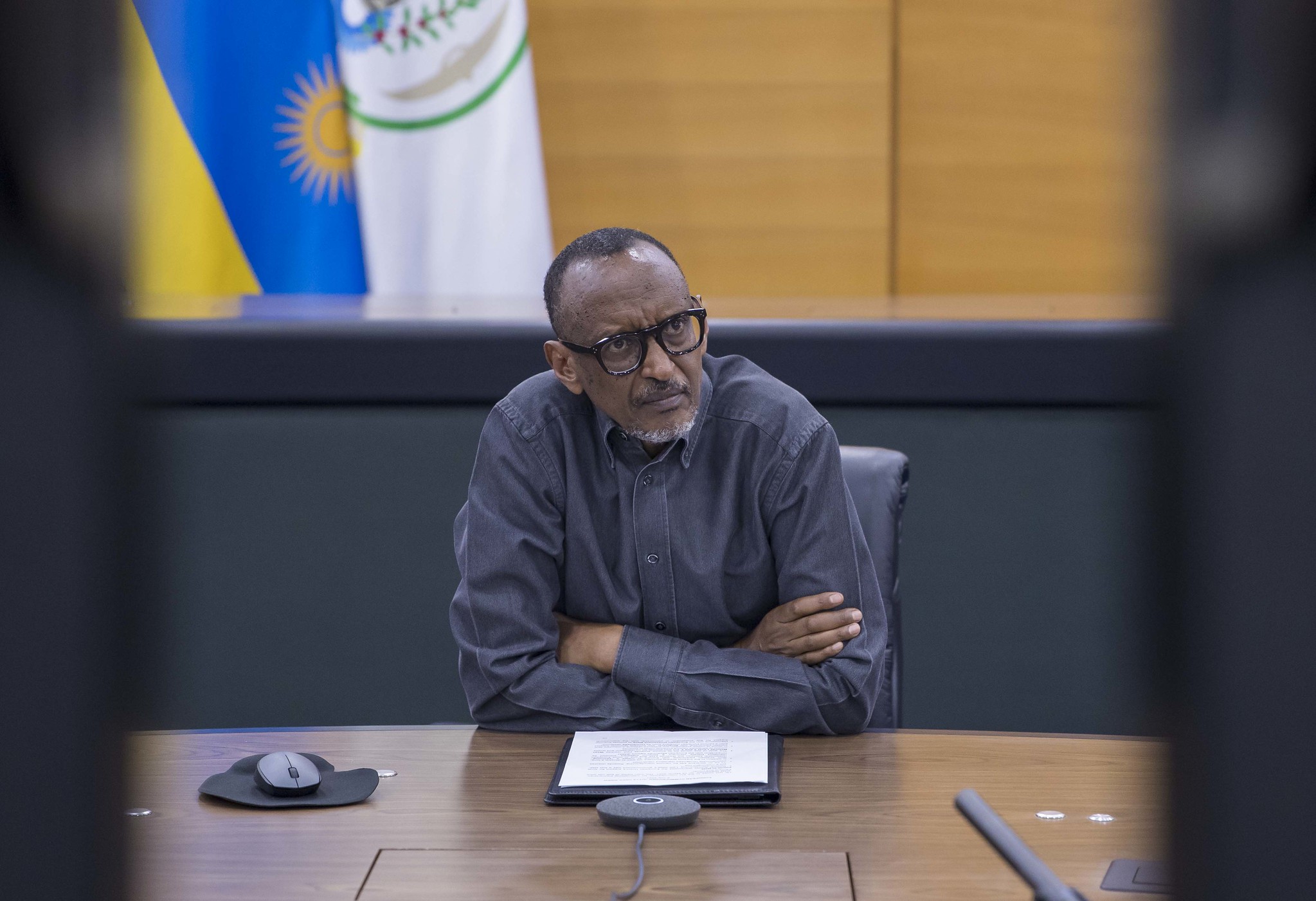 Breach of Trust, a New Emerging Offence in Rwanda – RIB