A Heart To Heart, High Representative Of The EU Speaks To Rwanda’s Suffering 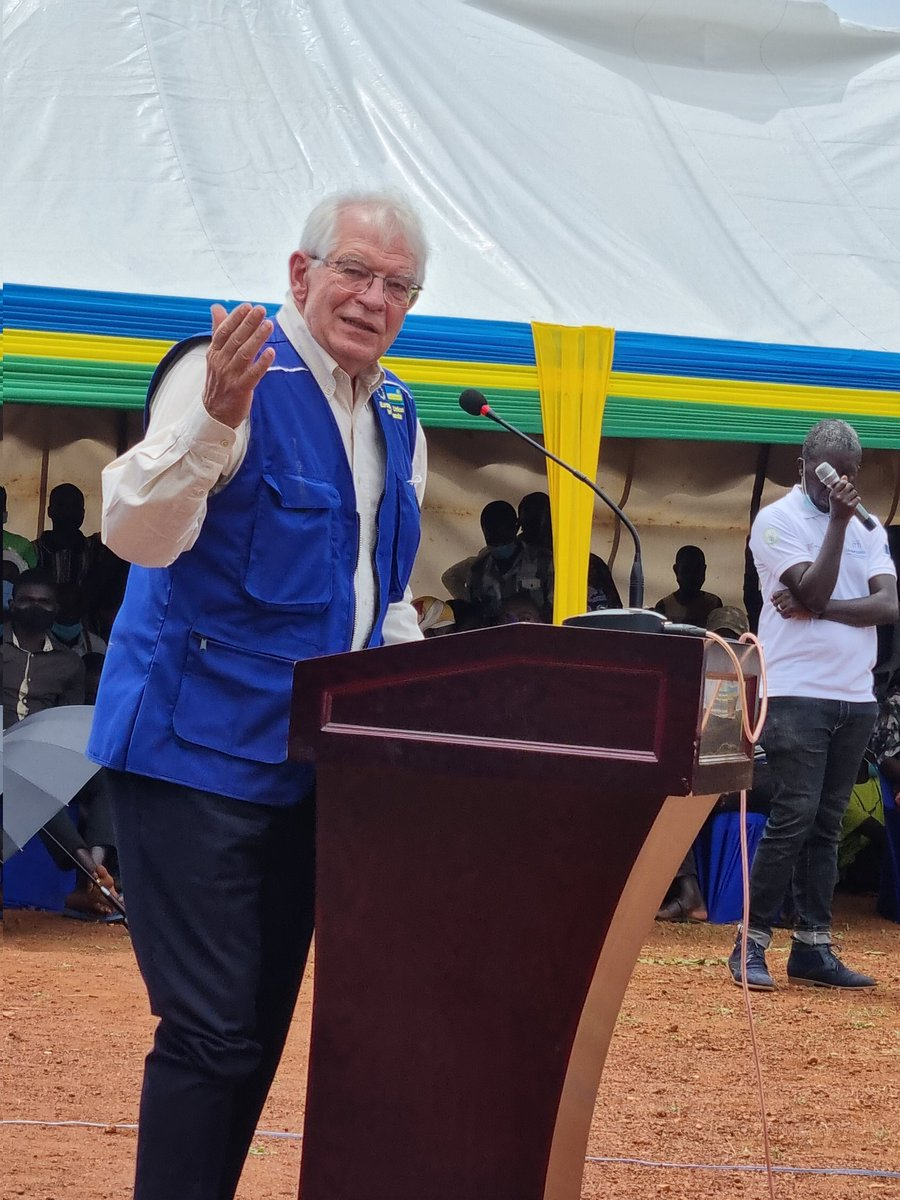 High Representative of the European Union for Foreign Affairs and Security, Josep Borrell

What to say, when addressing victims of one of the most harrowing instances of man’s inhumanity to man? High Representative of the European Union for Foreign Affairs and Security, Josep Borrell, would only trust his heart to do the talking.

In Rwanda, for the just concluded, two day 2nd African Union, European Union Ministerial meeting, Borrell made an unscheduled visit to Bugesera District, to the Swedish funded Interpeace, a project that works to support traumatised communities.

Beginning his remarks, with a valiant, creditable effort at speaking Kinyarwanda, he turned to the young woman who held an umbrella over his head, to shield him from the scorching sun, saying to her that he preferred to speak, feeling the Rwandan sun on his face. No one it seemed, was more surprised than him, when clearly understanding him, she smiled, and took the umbrella down. His Kinyarwanda was not so bad after all.

In more sombre mood, he addressed himself to the subject that had necessitated the establishment of the Interpeace project, the genocide against Tutsi.

His visit to Bugesera, he explained, had not been planned, and accordingly, rather than a presentation he had prepared with his staff, he would instead, “talk with my heart.”

What they were doing, he told his audience, which included genocide survivors, was beyond the animal nature of the human being.

“Let me tell you that what you are doing is something extraordinary. It demands a lot of courage to talk to the ones who kill your children and forgive them.”

In what may have been an inadvertent rebuke to the seemingly growing numbers of genocide deniers, both in and outside Rwanda, he questioned the notion that forgiving, meant forgetting.

“I am not a Bishop. I am not a priest. I am not a specialist in forgiving. I am a politician, and politicians work to try to help people live together, in peace and prosperity. And for that, you have to remember what happened, because people who do not keep memory, are condemned to repeat the same mistakes.”

But Europe did provide some lessons, “because we also decided to stop fighting and create a unity based on reconciliation, and this reconciliation is also based on memory. We want to build a better future, because we remember how awful the past was.”

He wanted to recognise the contribution Sweden was making, by funding an organisation, like Interspace, he said.

“And I want to thank this Interspace organisation. I want to thank the Swedish government for the efforts, and resources they are devoting to this process. But most of all, I want to thank all of you, who are giving an extraordinary lesson of humanity, because to forgive such atrocities, must be very difficult.” 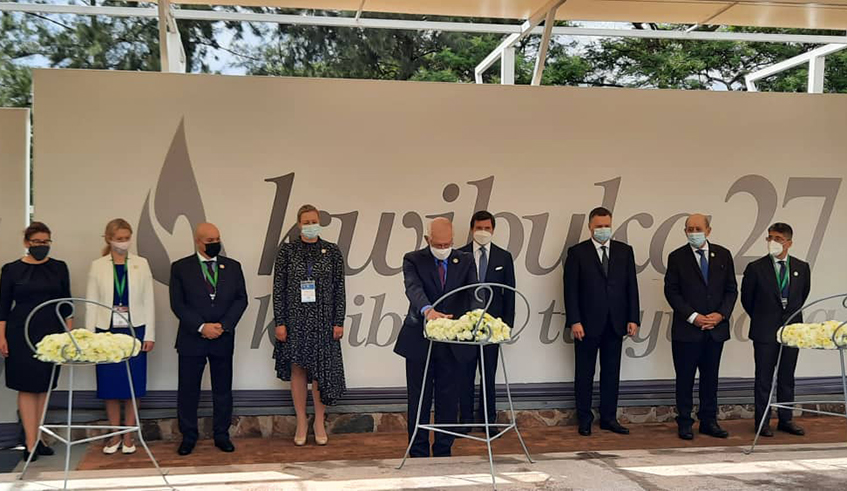 As a national politician in his native Spain, Borrell was one of the leaders who worked for the restoration of Democratic government in Spain, following a bitter civil war, 1936 – 1939, that was followed by the 36 year fascist rule of General Franco Bahamonde. Now the 74 old Borrell, recalled how, many in Spain still harbour the grievances of that period.

Rwanda had witnessed and suffered all that greatly, he told his audience. The wounds are still there, how could they not be, he said.

“I know that hundreds of thousands of people in Rwanda are still traumatised…how could it be otherwise?”

And yet, this has to be overcome, he said, “and the only way of overcoming it, is the way you are doing it. This requires incredible human courage. I know from personal experience how difficult it is to forgive.” 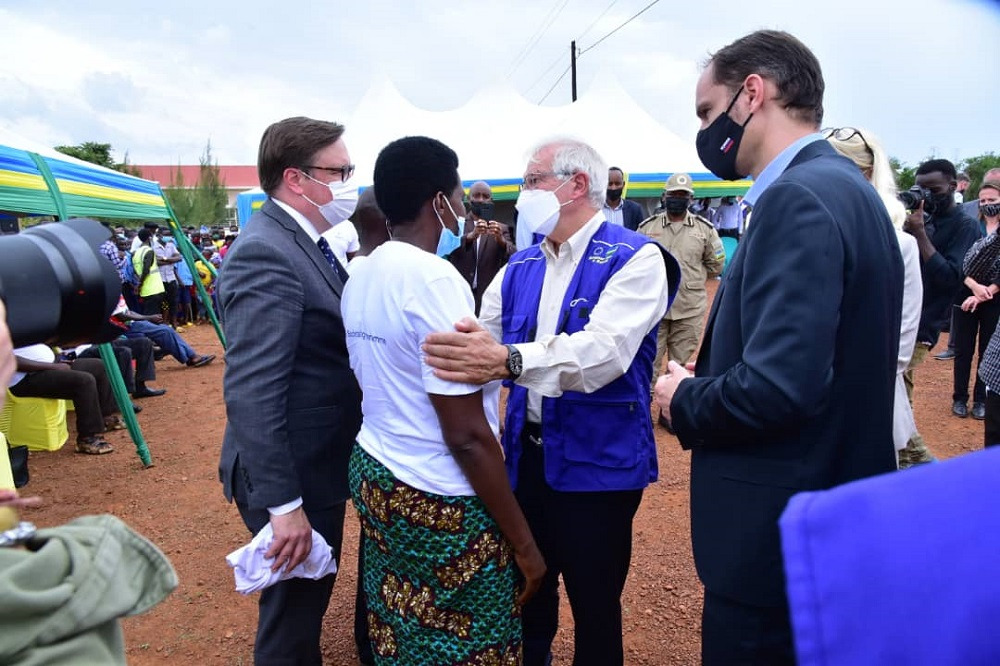 “So, here in Bugesera District, where the worst atrocities were committed…and where they need to heal the wounds of trauma, perhaps more than in other places in Rwanda. This gathering is the most extraordinary human experience that I have ever lived.”

“Believe me, I am not saying that to get your applause” he pleaded with his audience, needlessly, since by now, they were as moved as he was, “I am saying it, because that is how I am feeling. In my country, such a thing never happened, and for years, we kept the wounds open, the hate one for the other for what they did.”

He called upon his audience to continue what they were doing.

And from an audience which, judging by the rapt attention with which they were listening to him, had already taken him to their own hearts, he asked for forgiveness, in the name of an international community, that looked the other way, at a time of their greatest need.

“And me too, I have to ask forgiveness, because the International Community was not able or prevent, or avoid this tragedy. We are also guilty. You can be guilty by action, or you can be guilty by non action….So, forgive us also.