Home Voices The Wrong Rwanda, Substituting The Reality With An Imaginary Place
Voices

The Wrong Rwanda, Substituting The Reality With An Imaginary Place 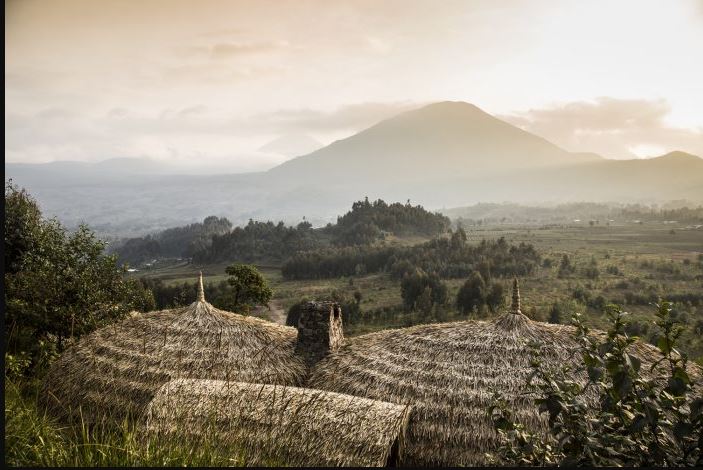 Several countries, including the United Kingdom of Great Britain (UK), are using an application to alert people who have come in contact with someone who has tested positive for Sars-Cov-2. It is a superb app, but it is as nothing compared to British journalist Michela Wrong’s internal radar for spotting an opportunity to further calumniate Rwanda, and in the process advertise her book.

The app “pings” your mobile telephone, upon which you must get tested, and self-isolate for the requisite number of days.

One imagines a similar ping, going off in Wrong’s head, every time she senses an opportunity to concoct a link between Rwanda, and anything insidious, however tenuous the opportunity. Little surprise then, that Ping, went the alarm in the Wrong head, at the mention of the Israeli Pegasus spyware, which is capable of being covertly installed on mobile telephones.

One then imagines her, smiling contentedly, and springing to her feet, to go about structuring a piece on the Rwanda of her imagination.

Ms Wrong is a gifted writer, on that there can be little or no argument. When it comes to Rwanda however, her intent to deceive does so get the better of her, that what was supposed to be a factual book, or piece, becomes all but a fictional work, based on a country called Rwanda.

She is not alone in this. Perhaps something to do with finding a working, profitable formula, and sticking with it. After all, as they say, if it ain’t broke, why fix it.

Wrong’s book, Do Not Disturb, brings to mind a similar effort by another journalist, Anjan Sundaram. Like Wrong, Sundaram is also an excellent writer, and like her, he would not suffer facts to get in a way of the story he wanted to write about Rwanda.

Both conjure up a Rwanda whose citizens can barely breathe, so heavy upon them, is suffocating, ever-present shadow of a villainous state, hell-bent on depriving them not only every one of their inalienable rights, as Rousseau would have it, but of every conceivable joy.

“Rwandans have long been used to Pegasus-style surveillance” declares the Guardian headline dramatically.

But just when one was settling in for a good yarn about an earlier version of the Pegasus software, all we get is a deflating, now, about that book I wrote…

There is, however, a method in this obsessive anti-Rwanda madness. “Repeat a lie often enough and it becomes the truth” the Nazi propagandist, Joseph Goebbels is reputed to have said. He was drawing on what psychologists know as the “illusion of truth.”

Wrong is a conjurer of the illusion of truth, on a mission. We do not know on what she jots her to do list, but we can guess at some of the items: 1. Drum up more sales for the book, 2. Beat drum about how terrible Rwanda is, which coincidently will drive up sales, 3. Repeat 1, and 2, at every opportunity.

So convinced is she of her powers of persuasion that she clearly envisions a world in which she has convinced even Rwandans that their country, is really not the Rwanda they know, and experience every moment of their lives, but rather the one in her book, and her newspaper articles. Let us call it the Wrong Rwanda, or WR, for short.

Older readers may remember Second Life. A diverting game, where players get to create their own virtual world. It is still going. Think of WR as Second Life. An alternative Rwanda, created, and curated by Ms Wrong.

“It is their story, whether they like it or not” she has written defiantly of her depiction of Rwanda and Rwandans.

It is an extraordinary sentence, pregnant with venom and malice. She wields it like a scourge with vengeful intent. It is for her to define Rwanda and Rwandans, and their protestations will be for naught. No good flailing about, you are who, and what I say you are, whether you like it or not.

Rwandans we are told, are “more closely monitored” than in any other African society. This a description of the WR that fails to convince, so at variance is it with Rwanda, where people are demanding that the state be more visible, in their localities. Decentralisation of local government powers has given them a greater say in how they are governed, and they want more of it.

“Our role as leaders is to deliver a better future for all Rwandans. It is your right and your role to demand accountability from your leaders” says President Paul Kagame of Rwanda. It is a message he reiterates often, on his regular tours of the country, meeting the people.

Not a sentiment President Paul Kagame of the WR would countenance. And in any case, this President Kagame would be hard pressed to find the time to tour the country. He is “seemingly determined to track down dissidents as far afield as Australia, Canada, the US, the UK, and mainland Europe.”

The Paul Kagame of the WR, is apparently relentless in his pursuit of individuals who with all due respect to them, are rather nondescript. It is not clear why so much effort is expended in tracking them, nor exactly what it is that makes them “dissidents.”

One of these “dissidents” in the UK, is one Rene Mugenzi, a rather energetic, devious character, who is currently serving a prison term for petty theft from his local Church. Although “petty” might be doing him a disservice, having made off with over 200,000 pounds sterling. No mean sum.

Mugenzi was indeed warned by the London Metropolitan Police, that they had information his life might be in danger from Rwanda. This information, conveniently coincided with the launch of the Rwanda National Congress (RNC), by former Rwandan general Kayumba Nyamwasa, a political party, since listed as a terrorist organisation by the UN.

The claims were never investigated by the Metropolitan Police. They were accepted at face value, because they had come from a member state of the European Union.

We do not know why the WR’s Paul Kagame might have been in pursuit of Mugenzi. What we do know with some certainty however, is that Rwanda’s Paul Kagame had never heard of Mugenzi, until he read that his alter ego in the WR, was targeting the chap.

For the ever opportunistic Mugenzi, the claims were a godsend. He had tried to enter the UK parliament, under the flag of one party, then another, when the first shunned him, all to no avail.

Now, here was an opportunity to reinvent himself. It was the making of him. Overnight he became a “prominent dissident” and a “human rights activist.” He can be satisfied that even from his prison cell, the likes of Ms Wrong continue to blow the trumpet for him.

“Information gathering has always been something of a Kagame speciality” Ms Wrong intimates, “modern technology has simply extended the range of his curiosity.” We are then given a potted history of President Kagame’s training as an intelligence officer in Uganda’s Liberation War.

As always, Kagame is depicted as the Machiavellian figure, forever conniving to influence events for his own ends. This WR Paul Kagame seems to answer to no one, and manipulates events from the periphery, detached from everyone else.

Let us leave the WR just for a moment, and take a glimpse at Rwanda’s Paul Kagame. We find a man with uncommon discipline, and unwavering commitment to the service of a cause.

Far from manipulating things on the periphery for his own ends, he is the linchpin of the team, whatever role he is asked to play, ever answering the call of duty whenever he is called upon. He is in more senses than one, a virtual opposite of the WR Paul Kagame.

As always, the omnipotence of the WR Paul Kagame, is attested to by the usual suspects: enter David Himbara, one time economic adviser to Rwanda’s President Kagame. We are asked to accept that Himbara fled Rwanda to Canada, because he was appalled by the deaf ears to his excellent advice. Naturally, he too is now under threat from Rwanda, or is the WR?

The founder of the RNC, former head of the Rwandan army, General Kayumba Nyamwasa, is quoted to assure us that Rwanda, which has categorically denied possessing the software, does of course have it.

Kayumba we have been assured, fled Rwanda, not to escape trial for corruption charges, but because even though still in uniform, he was too much of a Democrat, and could not bear the lack of Democracy in Rwanda.

As well as being a talented writer, Wrong is also a highly experienced journalist. Sometimes, warming to her theme, even she must surely realise that she has over egged her own tale of Rwanda’s villainy, straining our suspension of disbelief in the WR.

“Abroad, Rwanda’s network of Embassies and High Commissions, have been used to track down, intimidate and in some cases even kill journalists, human rights activists and opposition party members…” she claims.

From the outset, the RPF led government of national unity, to give it its full appellation, wanted to connect with the world, introduce the new Rwanda to it, and vice versa.

Given the limited resources, Rwanda’s diplomatic representations are often small, tightly run missions. And they go out of their way to work with the Diaspora communities, stressing that every Rwandan should see themselves as their nation’s representative. “You are all Rwanda’s ambassadors” they are told.

The notion that the unfailingly pleasant, invariably short staffed, hard working individuals in these missions, are fanning out to all corners of the nations in which they serve, to hunt down, and “sometimes kill journalists, human rights activists and opposition politicians” is preposterous in the extreme. Yet, it has become the norm to see it repeated in serious news organs like the Guardian, and others. Repeat a lie often enough, and it becomes the truth.

Somewhat predictably, from now on, until perhaps her book gets on the best seller list, Ms Wrong will miss no opportunity to reference the horrific, shocking murder of former Rwandan Chief of Intelligence, Patrick Karegeya, in a South African hotel room.

And she will reiterate the claim that President Kagame’s words about the murder of his former colleague and brother in arms, constituted an admission of involvement in the murder.

But there will be no mention of the President’s reaction when first asked about it, “I wish we had done it…” These harsh words coming from a deep sense of hurt and betrayal.

In 2012, a series of Grenade attacks in Rwanda’s capital Kigali, killed and maimed several people. The RNC was alleged to have been behind the attacks.

Worse still, in the eyes of their former comrades, in carrying out these attacks, the RNC had made common cause with the so called Democratic Forces for the Liberation of Rwanda (FDLR). The group is made up and led by many who took part in the 1994 genocide against the Tutsi.

Now operating from the jungles of Eastern Democratic Republic of Congo (DRC), it had been launching murderous attacks against Rwanda, throughout the late 1990s, and early 2000s. For the RPF, in joining this group, the RNC had crossed a line from which it would be difficult to return.

It is from this feeling of having been betrayed by these former comrades, that President Kagame declared that no one should expect him to mourn Karageya’s death. The words have been latched onto by Wrong, and other detractors of Rwanda ever since.

Reading can be hazardous to your ignorance, so goes the quip. With the incessant attempt to substitute the actual Rwanda with the WR, and others of its kind, growing ever more shrill, whoever coined the phrase might also agree that reading many in Western media, and academia, might be hazardous to your understanding of Rwanda.