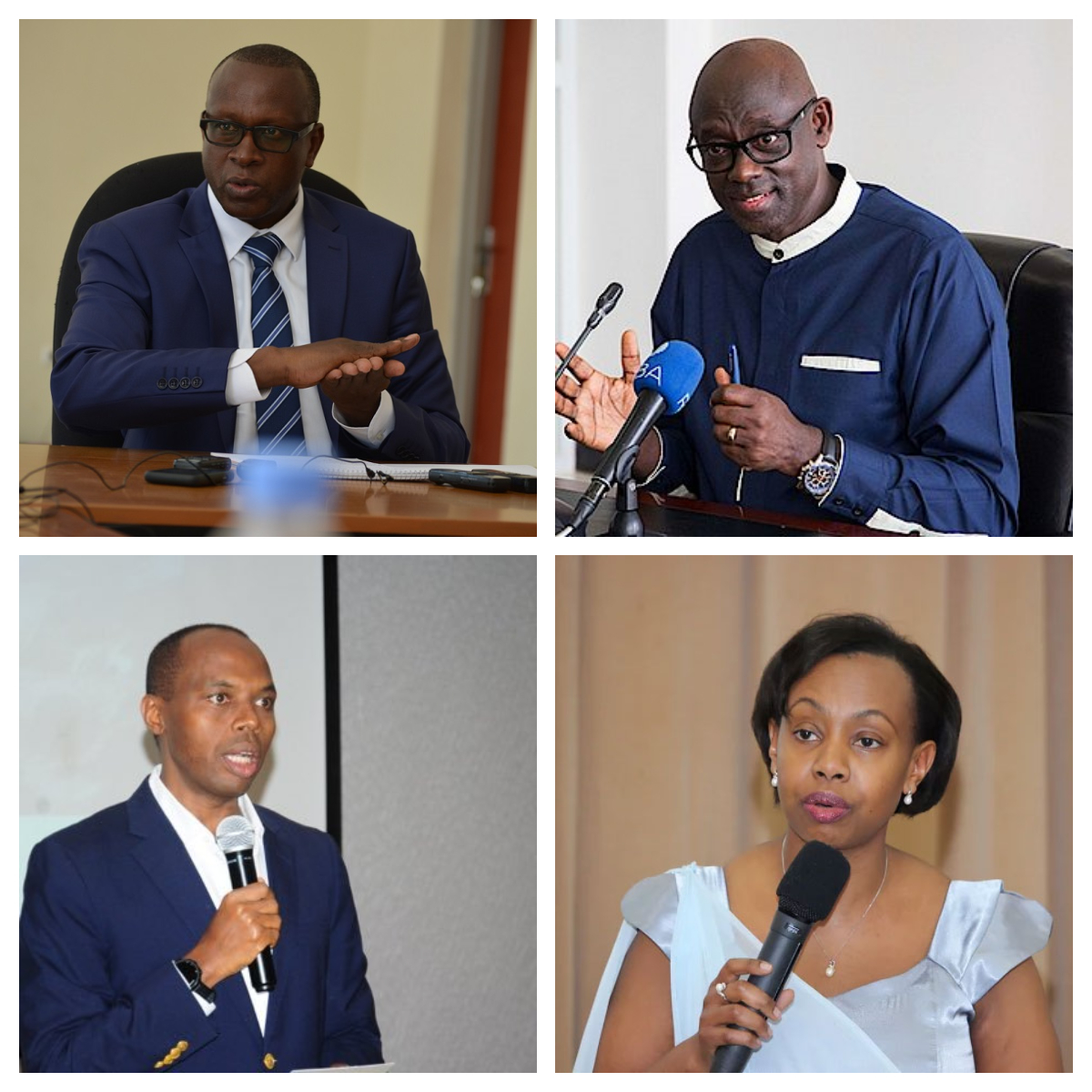 President Paul Kagame has made new key appointments which have seen Dr. Jean Damascène Bizimana, who until now was the Executive Secretary of the National Commission for the Fight Against Genocide (CNLG), become the Minister for National Unity and Civic Engagement, a new ministerial docket, while Johnston Busingye, who was the Minister of Justice and Attorney General, was posted to the UK as Rwanda’s High Commissioner.

The new appointments were announced by the Prime Minister, Dr. Edouard Ngirente on Tuesday evening. Other appointments include Francis Gatare, who was appointed the Senior Economic Advisor to the President of the Republic. Before the appointment he was the CEO of Rwanda Mines, Petroleum and Gas Board, a position he was replaced by Amb. Yamina Karitanyi, who until the new appointments was Rwanda’s High Commissioner to the UK.

Dr. Thierry Mihigo Kalisa was appointed the Chief Economist at the National Bank of Rwanda (BNR) replacing Dr. Thomas Kigabo Rusuhuzwa, who passed on in January this year.

Busingye has been the Minister of Justice and Attorney General since May 2013, a position he was appointed to from being the president of the High Court. Busingye joined the Rwandan justice sector in 1997 and served in various capacities.

He has worked as a prosecutor, a Permanent Secretary of the Ministry of Justice, member of the law reform commission as well as a judge and president of the High Court before replacing Tharcisse Karugarama as the Justice Minister.

Before being appointed Minister for Justice, Busingye was Principal Judge of the East African Court of Justice (EACJ) based in Arusha, Tanzania.

Who is Dr. Bizimana?

Dr. Jean Damascène Bizimana, 59, holds a PhD in Law, Masters and BA degrees in Philosophy and Human sciences, and Religious Sciences and Theology.

Dr. Bizimana took over from the Late Jean de Dieu Mucyo, as the Executive Secretary of CNLG, in June 2015. Prior to that he was a Senator representing the Southern Province in the upper house. He was also a lecturer in Genocide studies at the National University of Rwanda (now University of Rwanda) and an independent consultant and researcher with wide experience and training from various countries.