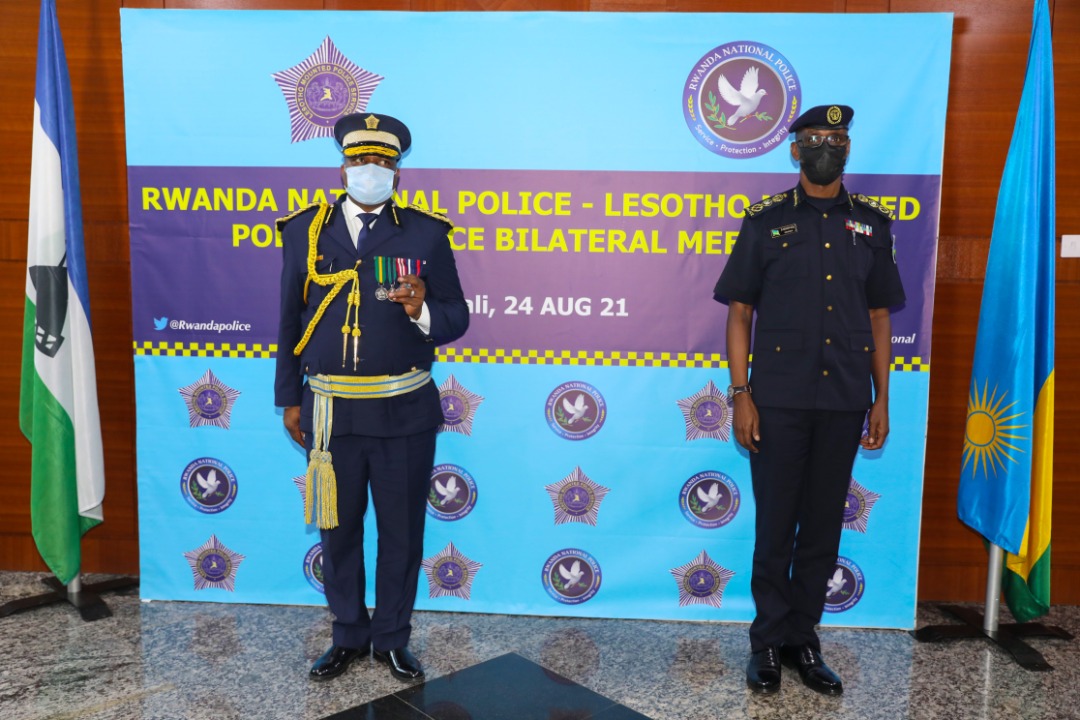 Rwanda National Police (RNP) and Lesotho Mounted Police Service (LMPS) have signed a Memorandum of Understanding to formalize cooperation in various policing matters.
The cooperation pact was signed on Tuesday, August 24, in Kigali between the Inspector General of Police (IGP) Dan Munyuza and his Lesotho counterpart, Commissioner of Police Holomo Molibeli.
This was part of the bilateral meeting between RNP and LMPS held at the former’s General Headquarters in Kacyiru. 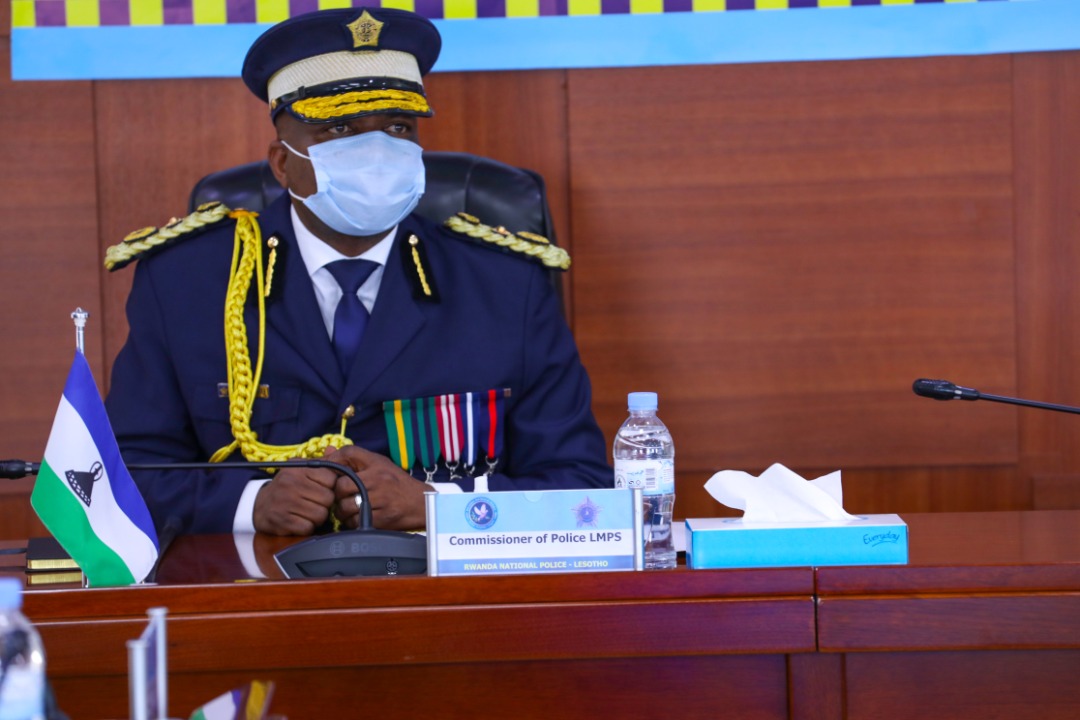 Commissioner Molibeli and his delegation are in Rwanda at the invitation of the host, since Monday for a week-long visit aimed at strengthening cooperation in policing between Rwanda and Lesotho.
The signed pact outlines key areas of cooperation, including partnership against terrorism, organized and transnational crimes; capacity building in community policing; exchange of information and expertise; as well as training opportunities and expertise development among others.
Other areas include development and exchange of training materials and curricula, combating proliferation of small arms and light weapons, timely exchange of information on criminals and criminal activities, and joint operations. 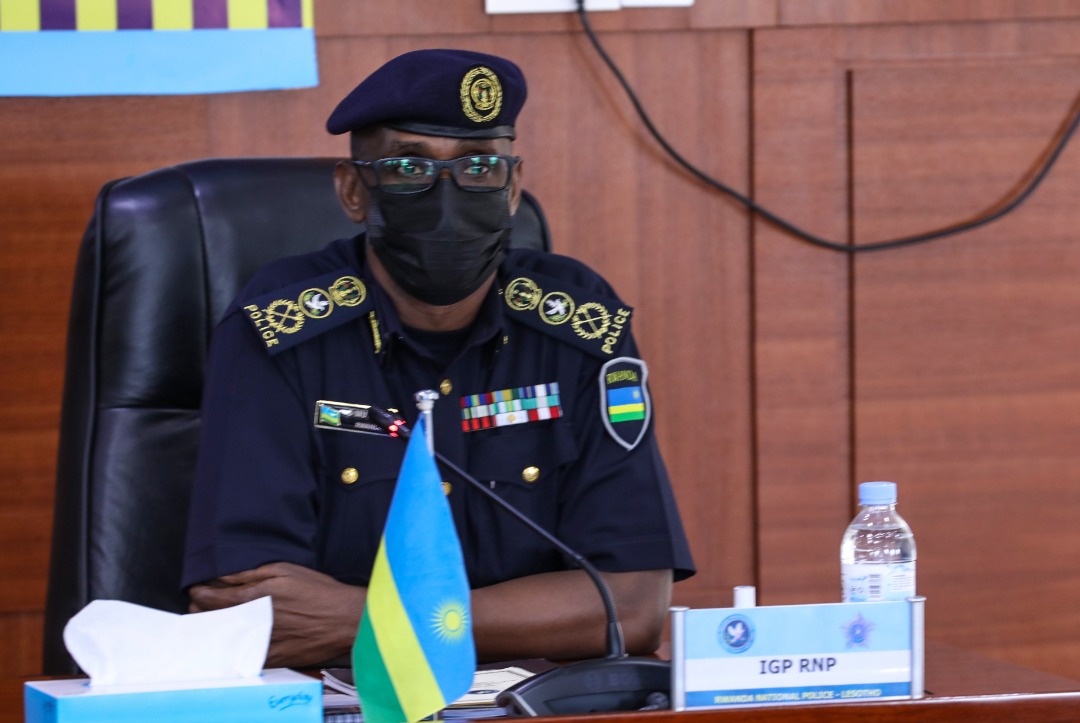 During the bilateral meeting, IGP Munyuza observed that the laid “stronger partnership” will explore ways in which the two institutions will collaborate, share expertise and information against transnational and organized threats to security and development.
“Your visit has come at the right time when the region is facing violent Islamic extremism such as terrorist activities in Cabo Delgado, Northern Mozambique. We shall be sharing information and intelligence since our two countries have forces fighting terrorists in Mozambique,” IGP Munyuza said.
In line with the established cooperation framework, IGP Munyuza reassured Rwanda’s commitment as a “reliable partner” and ready to move fast to identify and implement the priority areas, share advanced training programmes in crime investigation, crime intelligence and records management for the benefit of security and peace in the two countries.
Commissioner Molibeli, on his part, said that the visit and the signed cooperation agreement is a firm foundation and a step forward to ensure safety and security of the people. 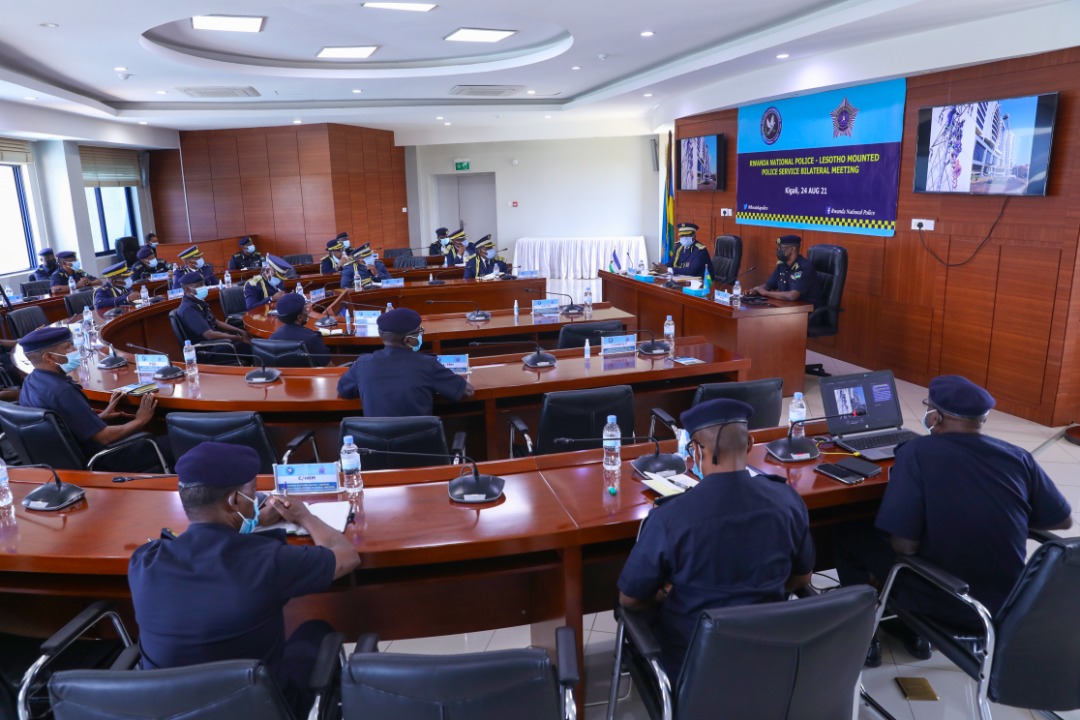 He further commended RNP’s “inborn courage and unwavering support for global peace and cooperation.”
“We have strong belief that our interaction and cooperation will benefit both organisations in their endeavour to maintaining law and order in our countries, regions and beyond,” Commissioner Molibeli said.
He added: “Globalization has made access to information very cheap and easy hence this cooperation through which sharing of best policing practices, exchange of training programs, joint bilateral operations and sharing of information on issues of mutual interest shall all be exhibited. We can achieve and realize positive prospects in shaping for the better policing environments.”
Rwanda, he said, is a suitable partner for learning and development and that the partnership lies in the joint responsibility to make the world a better and safe place for human habitation and co-existence.

“Through this MoU… we establish a working frame for security, prosperity and dignity of our respective countries.”
Later in the day, the Lesotho Police Chief visited Kigali Memorial Centre where he laid wreaths to pay tribute to more than one million people killed during the 1994 Genocide against the Tutsi.
During the course of the week, Commissioner Molibeli is also expected to visit various RNP facilities including Police Training School (PTS) Gishari, National Police College (NPC) in Musanze District, Isange One-Stop Centre, Rubavu One-Stop Border Post, and some of the Regional Police Units.