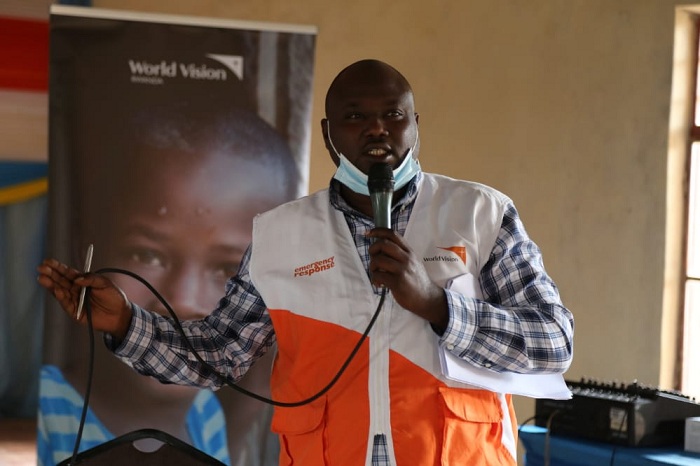 He evokes his successful journey with World Vision, an international organisation which walks in the footsteps of Christ to cater for the poor and oppressed to promote human transformation, seek justice, and bear witness to the good news of the Kingdom of God.

“I recall well. It was in 2007 when World Vision convened us[beneficiaries] in a training; we were all bare feet! The facilitator said that would never happen again and without further due, they sent shoes to everyone,” said Habarurema.

The latter is a beneficiary of World Vision activities in his Nyankenke sector. He said that before the intervention of this organisation, they used to take for granted hygiene and sanitation and education.

Fifteen(15) years down the road, Habarurema has a success story to tell in regard to the transformation of his life and his neighbors’, courtesy of World Vision Rwanda.

In Nyankenke, like in Kisaro sector of Gicumbi district, World Vision achieved a lot of social development activities.

Among others, World Vision introduced the beneficiaries to financial literacy of savings through creation of saving and credit groups.

Furthermore, they were taught to increase livestock production where a family would be given  an animal whose offspring they would give to their neighbor and so on until the cycle is complete.

Education has been another top priority of the World Vision in Gicumbi and this can be explained by construction of classrooms, latrines and washrooms, a girl’s room among others.

On September 15, during a ceremony to close World Vision Program in the two sectors after realizing that benefiting communities have graduated from poverty, beneficiaries did not hide their satisfaction.

“On top of everything, World Vision trained us on environment protection. We are now using eco-friendly stoves,” said Habumuremyi.

“We are very thankful for modern house; we no longer sleep in thatched houses-nyakatsi.”

Habumuremyi noted that “80% of the houses in white iron sheets in his neighborhood were built by World Vision.”

All this is on top of fighting against malnutrition, especially through early childhood development centers.

Thierry Ndikuryayo who is among 3580 students beneficiaries of World Vision support said: “My family was in such a level of poverty that I couldn’t figure out how I would go to school. I am thankful to World Vision which made it possible.”

A high school graduate in automobile mechanics, Ndikuryayo said that before sending him to school, World Vision catered for his family to remove all challenges that would cause him to drop out of school. 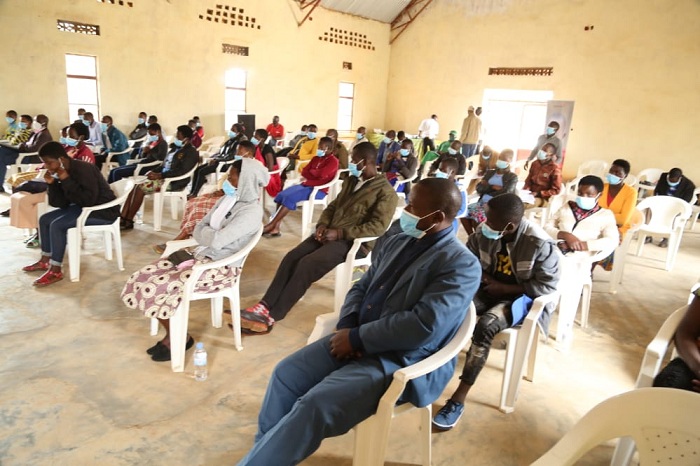 Frank Muhwezi, World Vision’s Senior Programs Quality Manager said that the organisation is wrapping up its programs in the two sectors, but not in Rwanda.  After all, their project will proceed in two other sectors of Gicumbi including Kageyo and Rutare.

He said they are going to proceed in other sectors districts to raise living standards of vulnerable citizens, since beneficiaries of their projects in Gicumbi have now graduated from poverty. 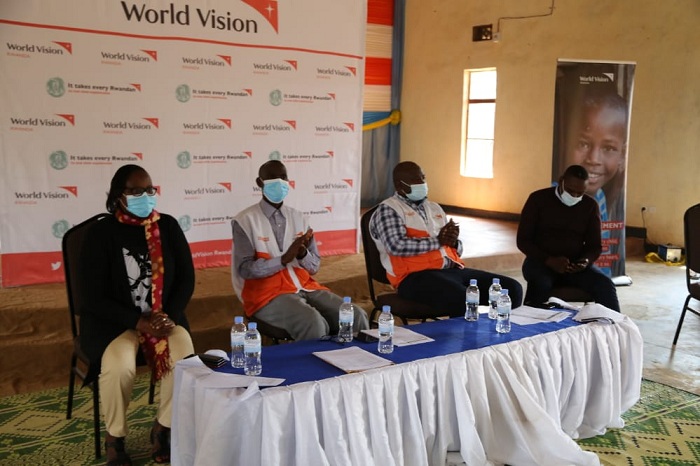 He was also very thankful for all those that allowed their programs to succeed.

“We have seen such a wonderful working environment in Gicumbi. In some areas, one may fail to achieve goals, but it cannot be the case here; all leaders are cooperative, beneficiaries also get our messages well,” Muhwezi  said.

“It allowed us to achieve our goals here without hindrance.”

World Vision has special bonds with Gicumbi. In 2017, the organisation concluded its programs in Rushaki, Kaniga, Shangasha and Mukarange sectors.