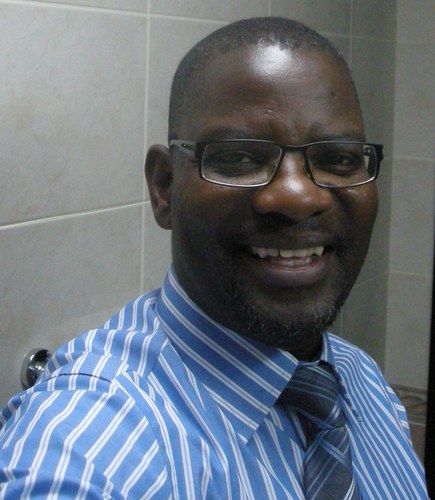 Musaazi Namiti is misguided and misses the point in his argument.

One Musaazi Namiti this past Sunday wrote an article in Uganda’s Daily Monitor that purports to question whether Rwanda “will remain stable if and when Kagame bows out.” Among other things one is struck by the headline of the article itself, and by its timing.

What exactly is the objective of raising such a question at this point in time?

One also wonders how Rwanda’s stability can be the business of any Ugandan journalist when his own country is one of the most unstable, violent states anywhere – with the succession of Museveni emerging as a major cause of concern for its potential to plunge Uganda into further violence. Therefore if Daily Monitor wants to address issues of stability or succession, what better laboratory can they find than Uganda?

The article is full of old falsehoods and smears, which Namiti has dredged from individuals or groups with longstanding anti-Rwanda agendas.

This is most clear where he talks of the Rusesabagina case, writing: “this week Mr. Kagame’s government jailed Paul (Rusesabagina) a Hutu and vociferous critic who inspired the film Hotel Rwanda, for forming and funding a group that carried out terrorist attacks in Rwanda.”

By unquestioningly regurgitating the Hollywood fictions that long ago transformed Rusesabagina into something he never was, Namiti reveals himself to be in the same propaganda boat as Rusesabagina’s publicists, or Western media outlets that daily pummel Rwanda for their interests (which interests of course can only be realized at the cost of Rwanda’s).

Namiti mentions the terrorism of Rusesabagina but in the most shallow way. He makes zero mention of the overwhelming evidence Prosecution presented in court pinning acts of terrorism on Rusesabagina – some of it directly from the man’s own mouth. And like the Western media he apes, Namiti shows no interest in the nine Rwandan victims of the attacks of Rusesabagina’s MRCD-FLN. He displays not the least sympathy for the widows or orphans of the terrorist attacks.

As if to remove any doubts about his anti-Rwanda negativity Namiti then resurrects the old, unproven stories that UK police had tipped off Rwandans in there “likely to be assassinated” by Kigali. Among these was Rene Mugenzi, a criminal that last year was convicted of stealing the funds of a parish church in Norwich and did prison time.

If Namiti did a little research (which he didn’t because facts aren’t what he wants) he would learn that Mugenzi is part of a cabal of haters of the Rwandan government – groups devoted solely to concocting stories to discredit or cause disaffection for the administration.

Namiti then, completely unconcerned by the dubiousness of his sources, pivots to lists of individuals allegedly “assassinated” by Kigali.

This is where the propagandists become most tiresome. Their tactic – very easy to see through by any honest observer – is to always pounce upon news of any death in Rwanda, or of any Rwandan anywhere else, as another opportunity to smear the Rwandan government. In a matter of hours they have conducted their media trials, and indicted Rwanda. Over the years, media with an anti-Rwanda agenda has compiled a frighteningly long list of people supposedly “eliminated by Kigali”, none of which has ever been investigated or proven by a reputable authority.

Yet Namiti has chosen to recycle the same lists as if they present indisputable fact, lifting extensively from DW – a German outlet with absolutely no credibility on Rwanda with genocidal groups or self-exiled Rwandan individuals with criminal records among its main sources.

In other words Namiti is a Ugandan propagandist of the kind that has proliferated in the hostile, anti-Rwandan environment created by Kampala.

If he weren’t he would focus far more on the list of his fellow Ugandans; countless numbers of people that the Museveni regime has expedited to an early grave over the past 35 years, with clear evidence moreover that the regime was the author of the assassinations.

One could begin with the assassination of politician Andrew Kayiira in 1987 – a crime investigated by UK police but whose file Museveni chose to stifle, why? Over the years Ugandans have witnessed the ruthless killing machine Museveni operates in their country that spares no one: Muslim clerics, Christian clergy, opposition politicians, policemen (AIGP Andrew Kaweesi, DPC Muhammad Kirumira), Arua MP Ibrahim Abiriga, Bobi Wine’s driver Yassin Kawuma (killed by SFC that mistook him for his employer), on and on, to the most recent attempt to eliminate Gen. Katumba Wamala that instead took his daughter’s life.

The list of Ugandans or none Ugandans!, that have perished at the hands of Museveni is long, and inexhaustible.

It all makes one wonder what bankruptcy would drive a Ugandan journalist to ignore all that, to parrot long discredited propaganda against another state.